Thursday, October 25, 2012
Basketball season is just around the corner.  I’m kind of excited to cover an NBA game this weekend, but even more than that I’m excited to cover the Green Bay Phoenix women’s basketball team as they kick off their year with an exhibition game.  The Green Bay women have the nation’s longest streak for regular season conference championships and were ranked in the top 10 at the end of last season for NCAA D1 women’s team.  Green Bay is also my alma mater so maybe I’m a bit biased.  The team has coach Kevin Borseth coming back to the program after stepping away for a few years to coach at Michigan in the Big Ten.To kick things off, here is a blog of some of my favorite portraits / sportraits I shot mid summer for a magazine on the two athletic programs;  this will be available at Green Bay home games.  The portrait shoot was a fun one to do.  My assistant and I needed to keep things flowing and come up with a couple of options for four different pairs of players (Alec Brown and Adrian Ritchie, Kiefer Sykes and Megan Luken, Cam Cerroni and Lydia Bauer and Brennan Cougill and Sarh Eichler), plus get a few portraits of each player alone.  We set up a couple of different shooting areas that we could quickly adjust to get different looks.  Two things that worked to our advantage was a great reflection on the basketball court and some natural sweat (that’s real sweat running down Brennan Cougill’s face) due to late summer heat and humidity.I tried to bring out a little of each player’s personality by joking around with them, and I think that paid off as you will see in a few of the shots, but one of my favorite shots is of Alec Brown and Adrian Ritchie waiting for me to check out a light test.Thanks for looking and “Go Phoenix”!Mike 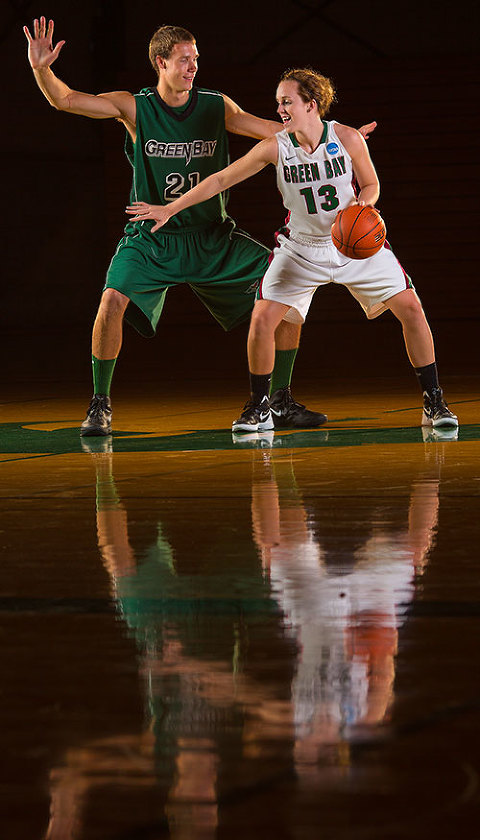 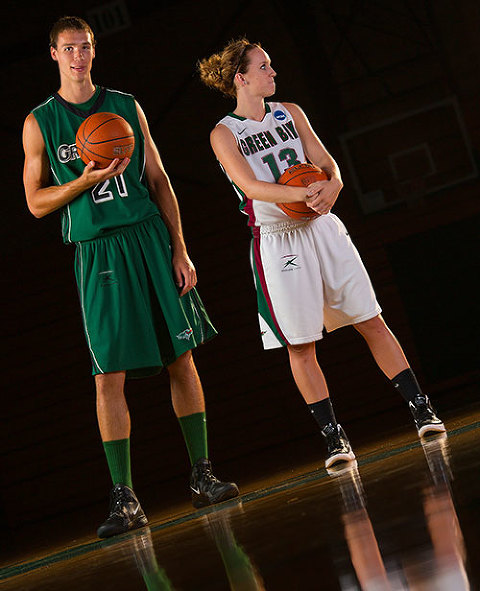 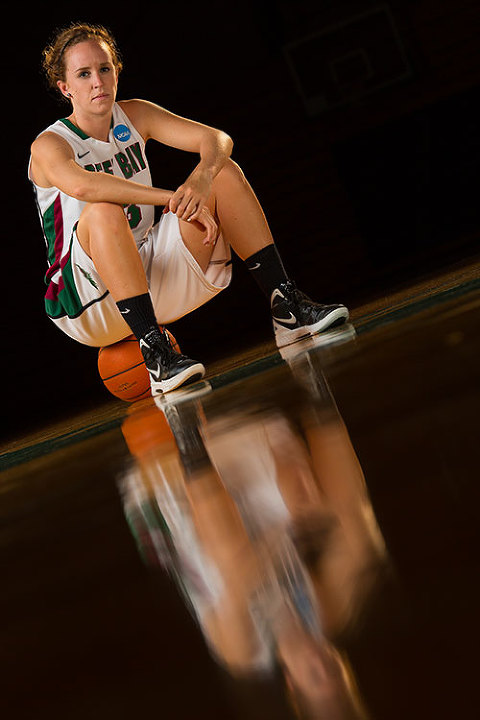 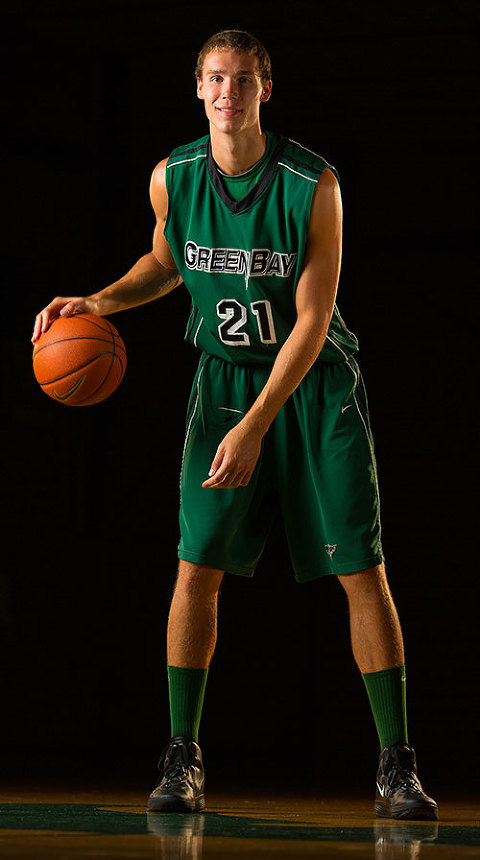 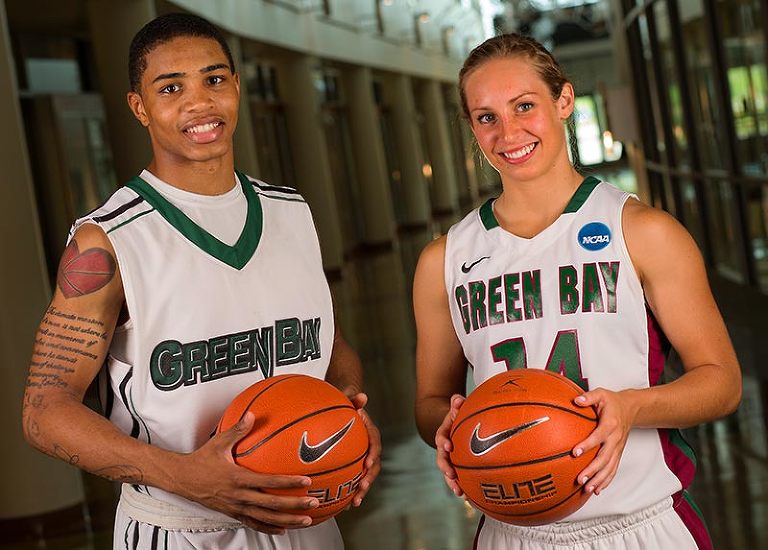 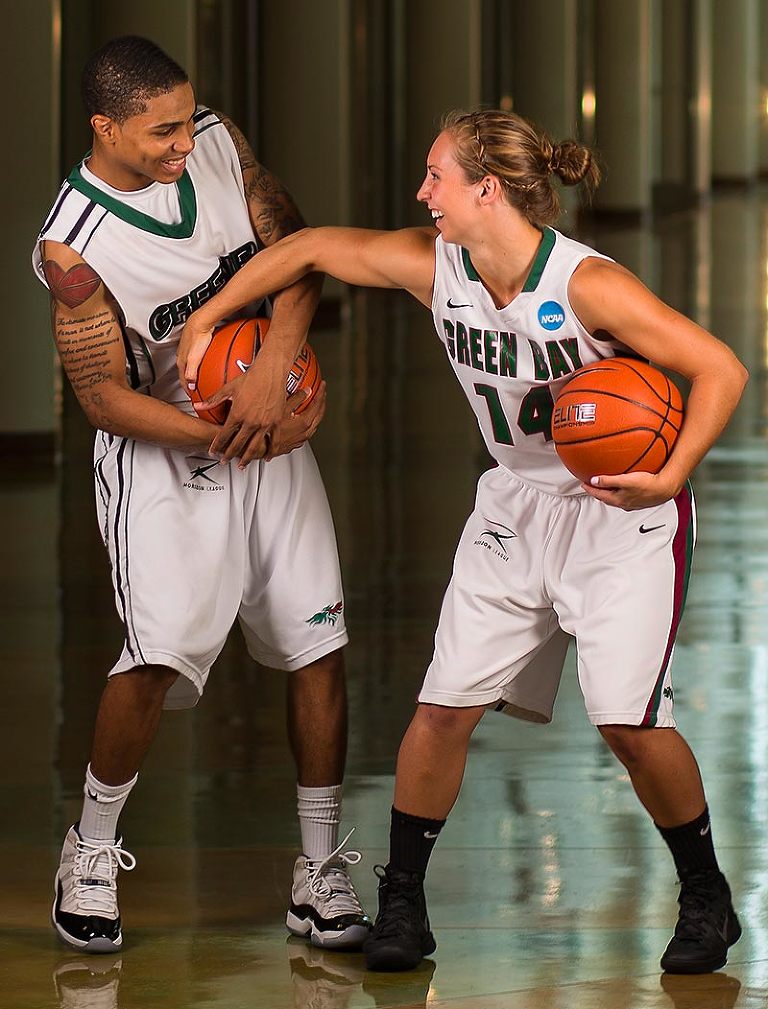 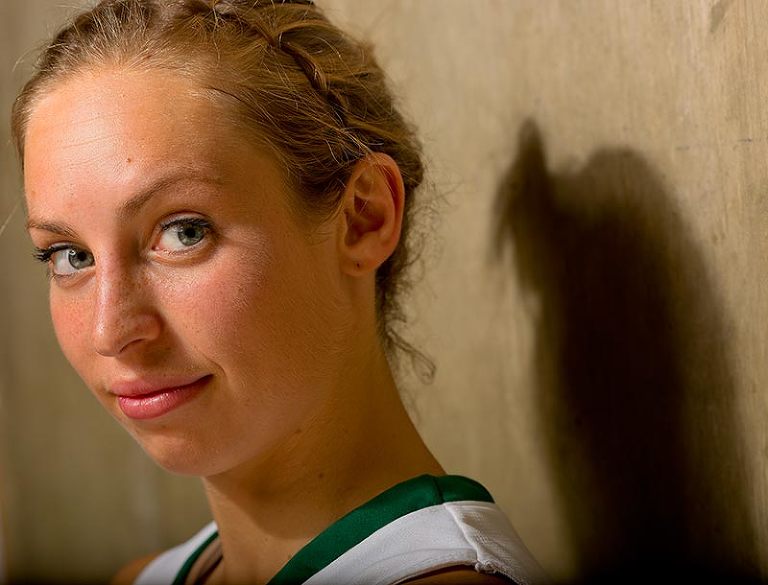 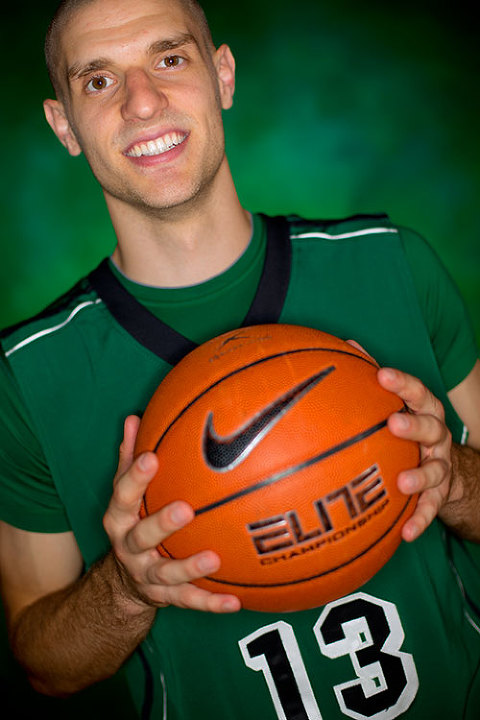 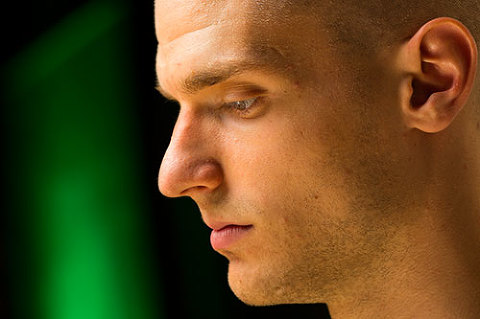 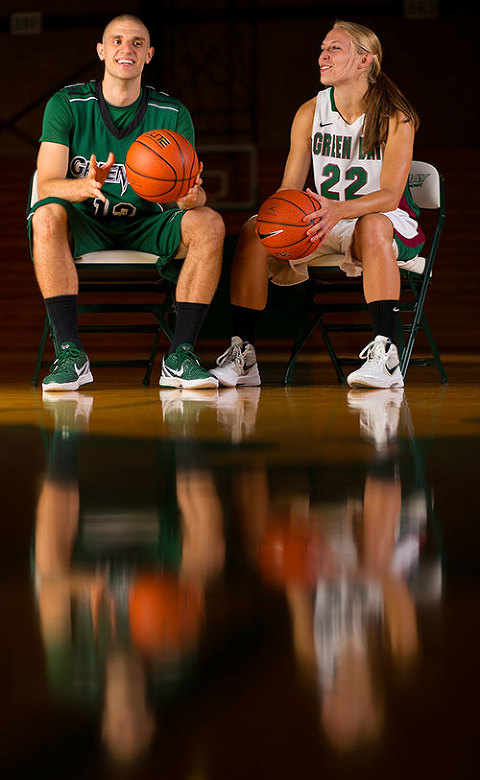 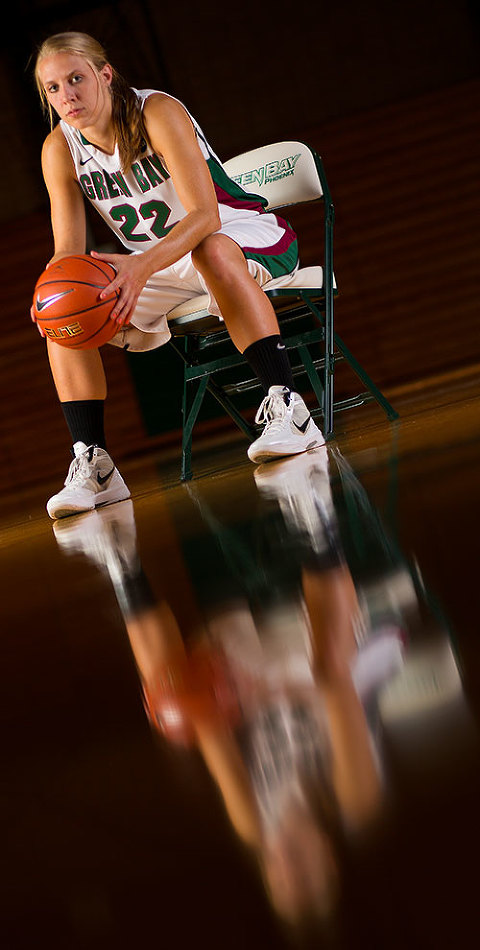 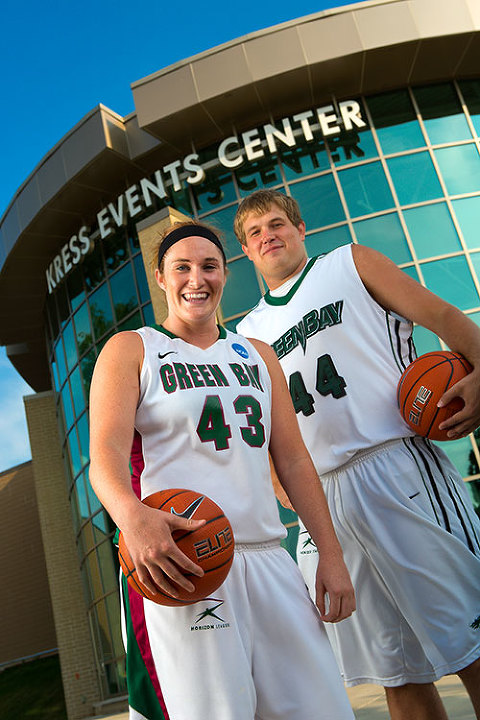 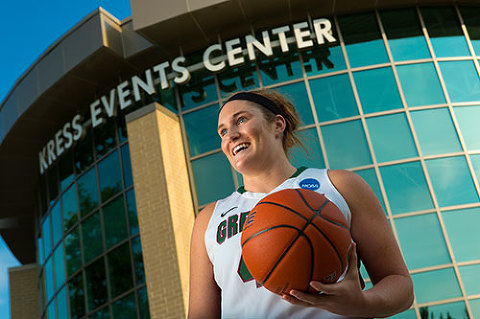 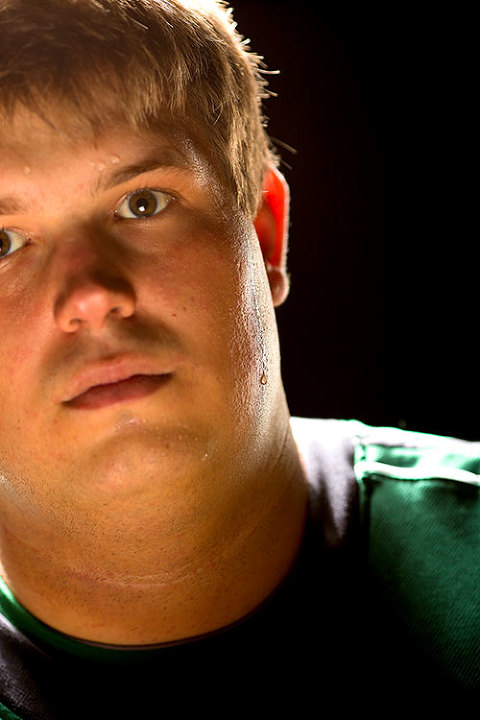 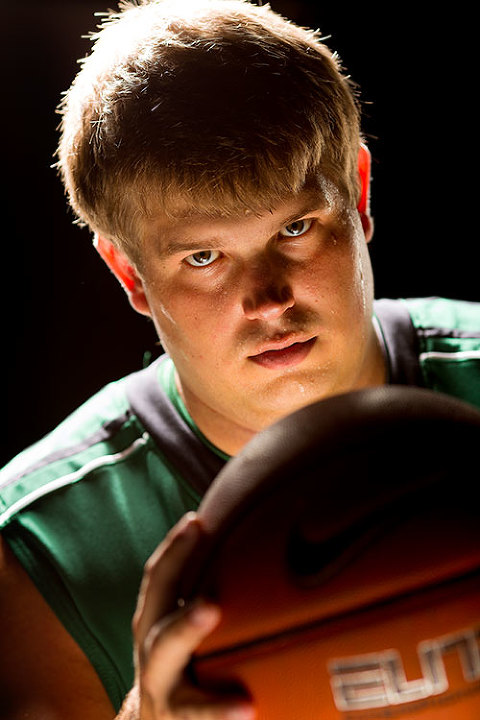