Green Bay Packers Beat The Detroit Lions 45-41 In A Shootout.

With the Packers already having clinched home field advantage for the NFL playoff Packers starters like Aaron Rodgers, Clay Matthews and Charles Woodson took the final game of the regular season off at Lambeau Field on Sunday, January, 1, 2012.  Packers second string quarterback Matt Flynn put together a career and record setting day with six touchdown passes and 480 yards of passing.  The Packers won the game in a shoot out with the Detroit Lions 45-41.

My day started by looking for some fan features like the shot of Packers fan Jeff Kahlow tailgating with his frozen Lambeau Field hat.  It was odd to see Packers players like Aaron Rodgers and Clay Matthew wearing street clothes and smiles as they watched their team go through drills before the game.

I was happy with the action shots I got including the photos of a 15 year old fan who ran out on to the field getting taken down by security and Packers Brad Jones.  I was even happier that it wasn’t as windy as the weather man had predicted and that I was able to keep warm thanks to gortex and hand warmers.

The Packers will host a second round game in the playoffs on Sunday, January 15, 2012, and I’ll be there.  We won’t know who the Packers will play till after wild card weekend if over. 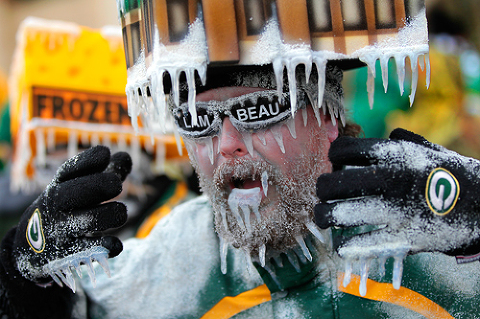 Jeff Kahlow of Fond du Lac, Wis., makes his way to Lambeau Field before an NFL football game between the Green Bay Packers and the Detroit Lions Sunday, Jan. 1, 2012, in Green Bay, Wis. 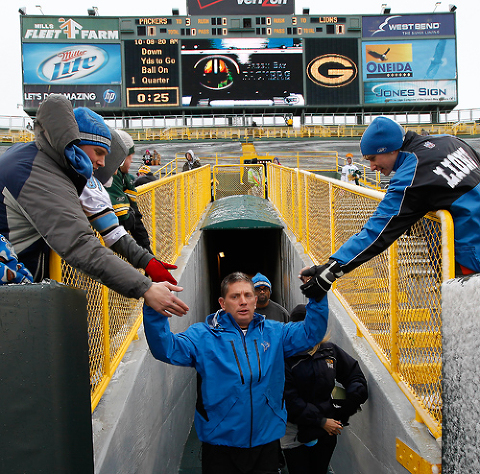 Detroit Lions head coach Jim Schwartz is greeted by a few early arriving fans as he make his way on to Lambeau Field hours before kickoff. 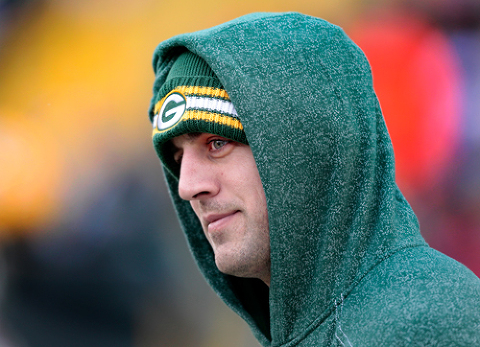 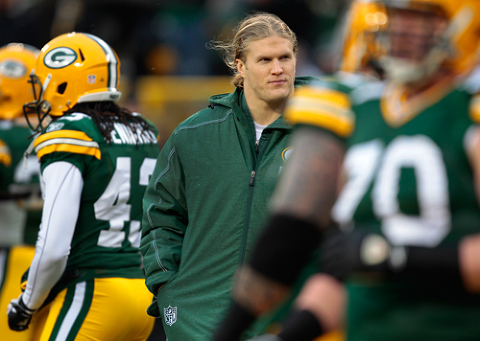 Green Bay Packers outside linebacker Clay Matthews wears street clothes as he takes a game off to rest up for the playoffs. 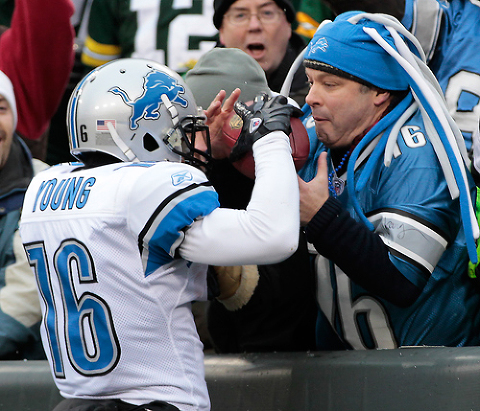 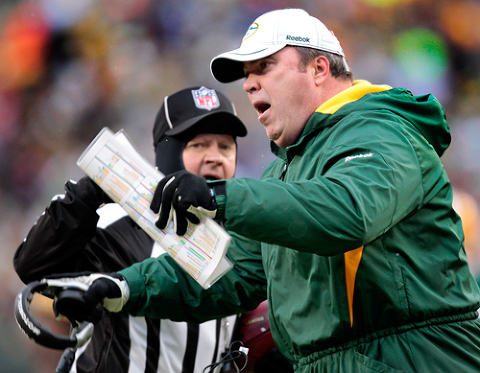 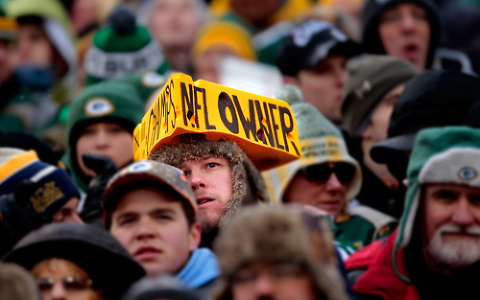 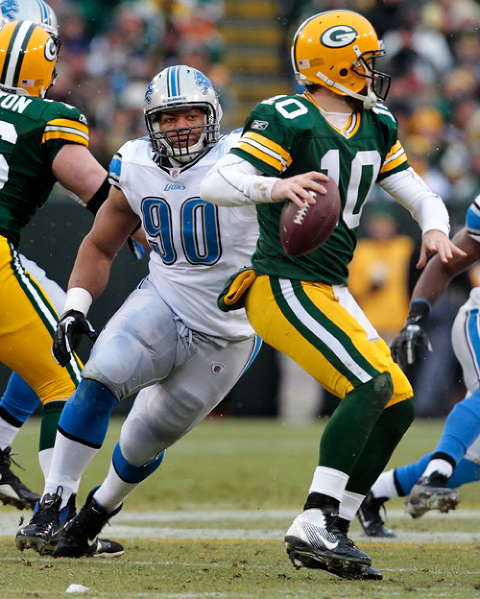 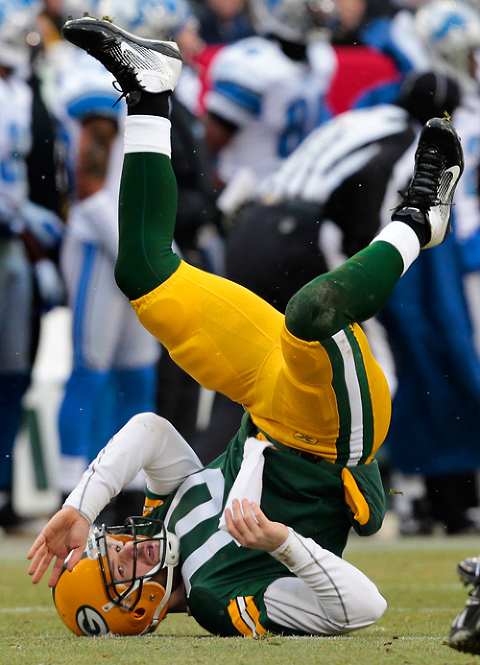 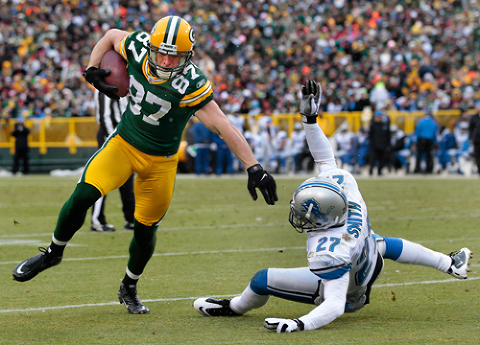 Green Bay Packers wide receiver Jordy Nelson gets past Detroit Lions defensive back Alphonso Smith on his way to the endzone to score one of his three touchdowns for the day. 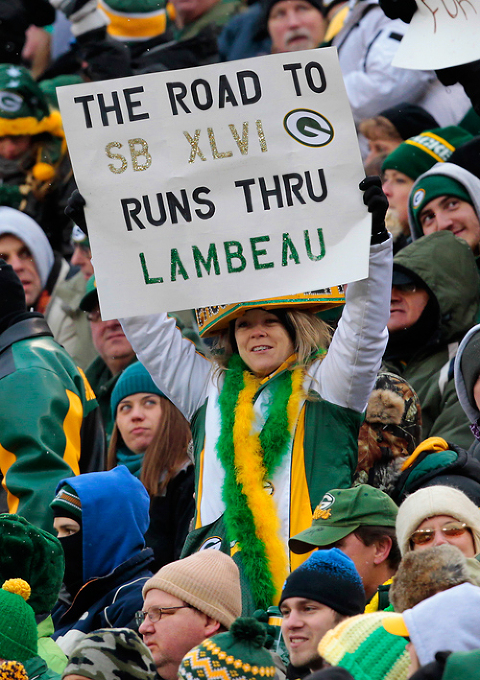 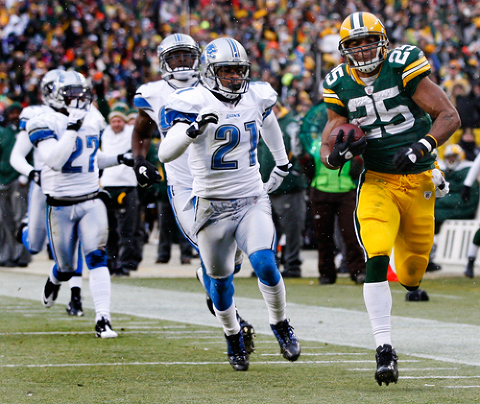 Green Bay Packers running back Ryan Grant races 80 yards to the end zone for a touchdown. 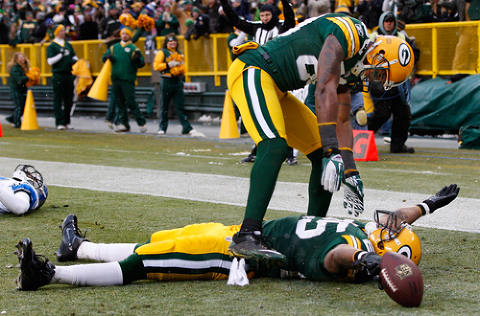 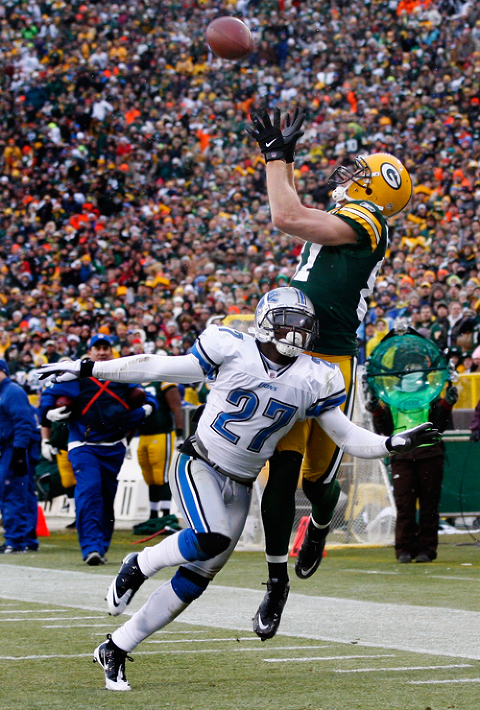 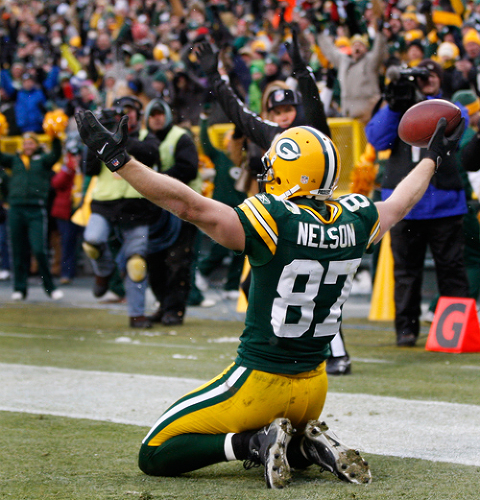 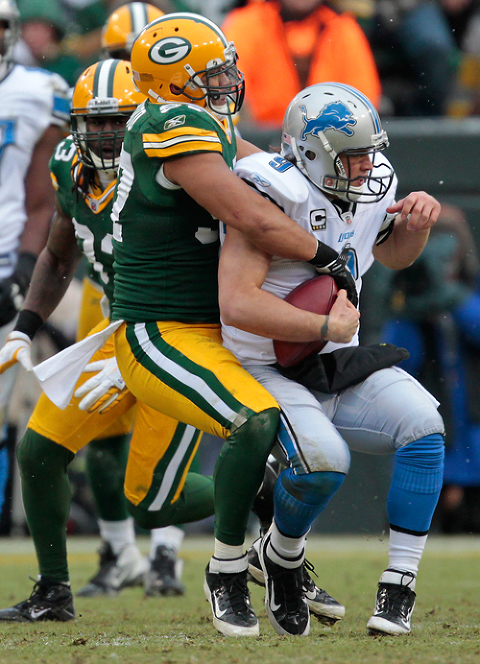 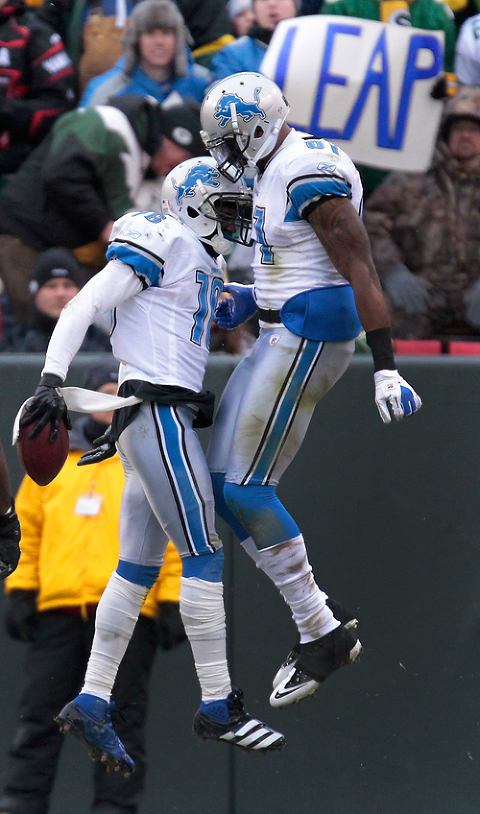 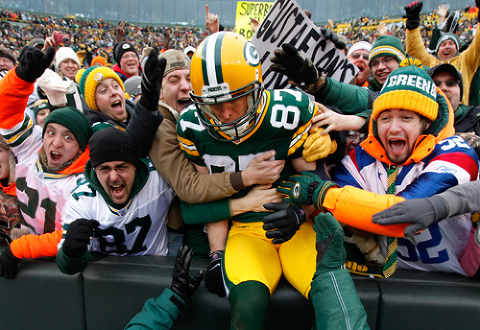 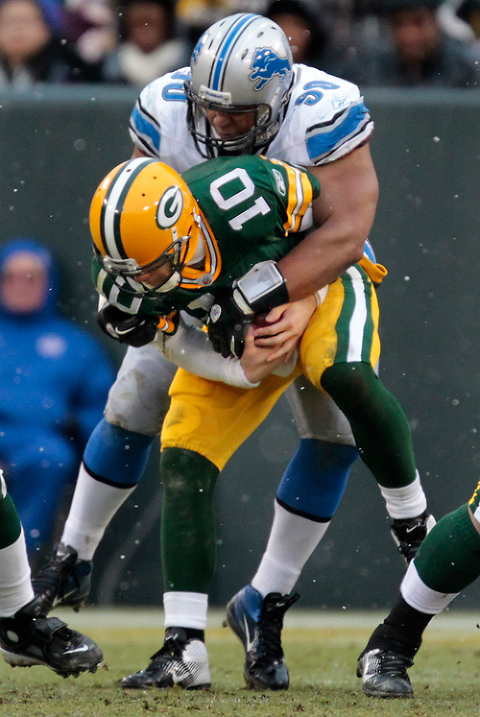 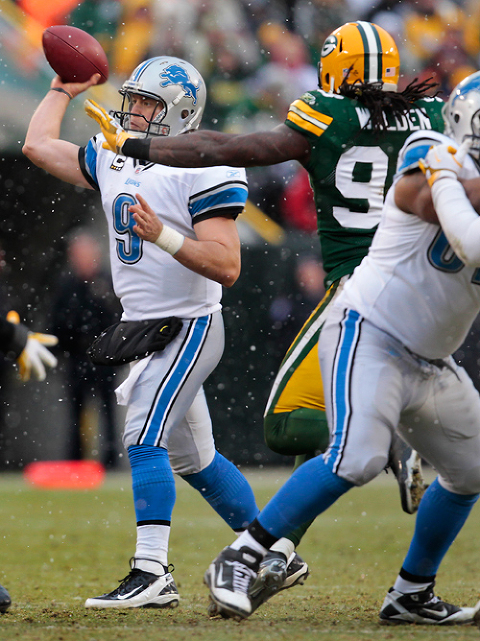 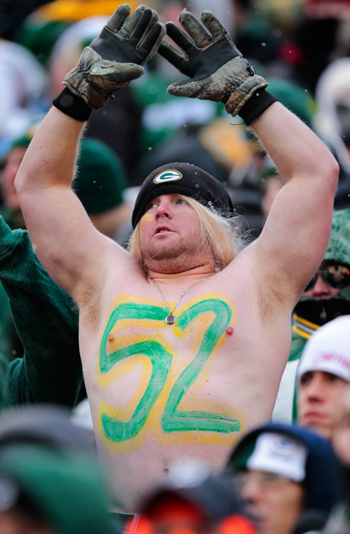 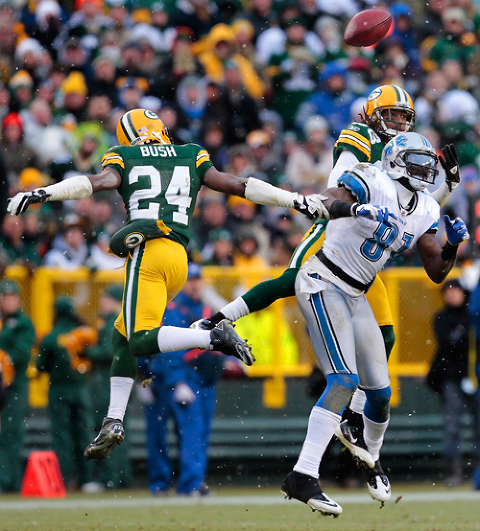 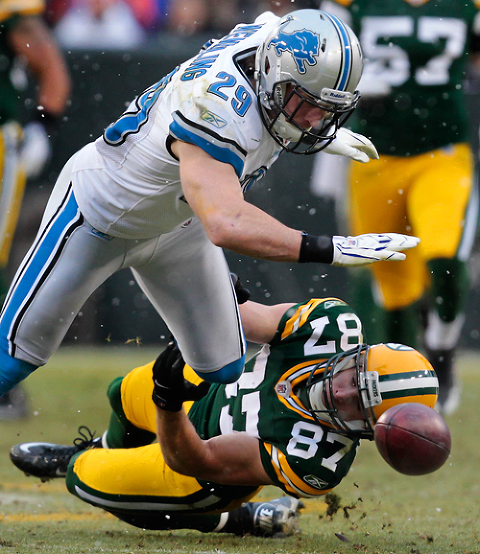 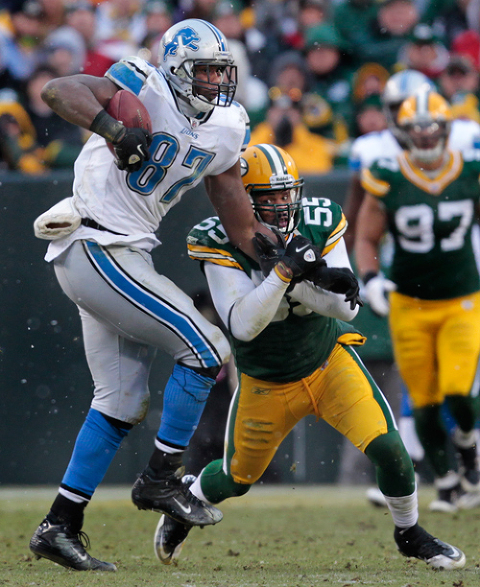 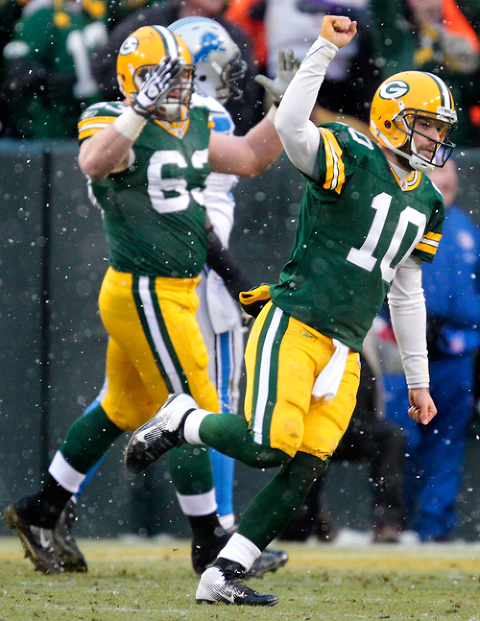 Green Bay Packers quarterback Matt Flynn celebrates one of his six touchdown passes for the day. 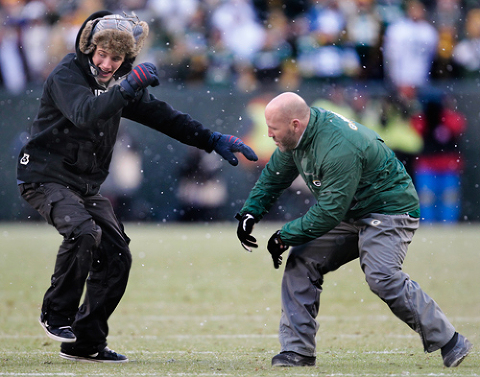 Packers head of Security, Doug Collins, tries to coral in a fan who ran out on the field towards the end of the game. 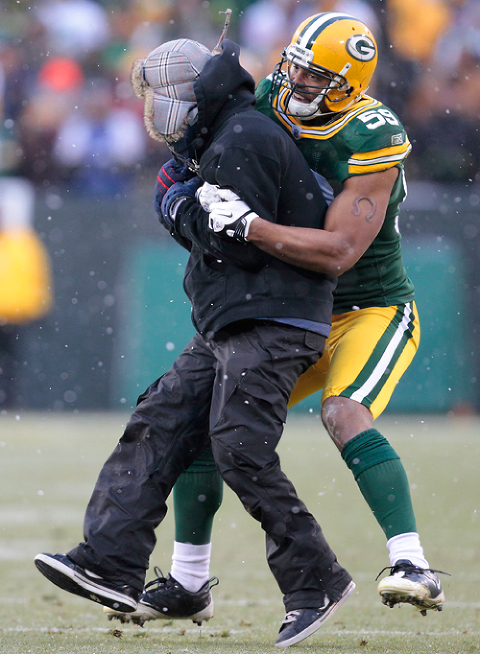 Green Bay Packers linebacker Brad Jones takes down a fan who ran out on the field towards the end of the game.