After a quick edit here are my two favorite photos from the Green Bay Packers vs. San Francisco 49ers NFL football game today at Lambeau Field.  Both shots are big hits.  One big hit by Atari Bigby of the Packers and one of Donald Driver taking a big hit and getting upended.  Eager to do a more thorough edit later in the week to work on some of the other photos.  Like last week I looked for some interesting shots away from the action, but with the Packers letting the 49ers back into the game I needed to concentrate on action more then I did last week. 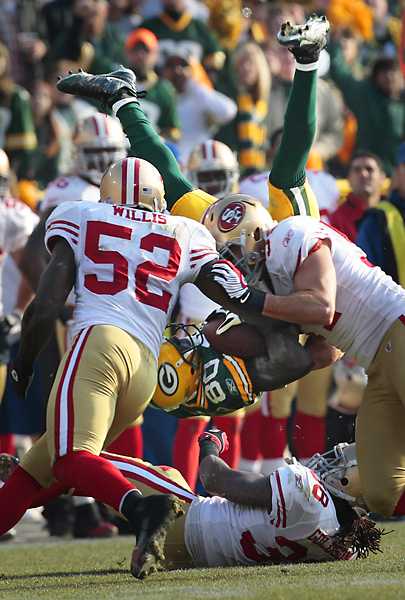