As a teenager in junior high and high school, one of my favorite days of the month was when I would come home from school and find that the newest monthly edition of the National Press Photographer Association magazine had come in the mail.  I would spend the next hour or two looking through the magazine and studying all the amazing photos and read most of the articles.  One of the best days of the year was when the mailman would deliver the yearly Best of Photojournalism book with all the photos from the associations yearly contest. The book was full of amazing photography and was a great inspiration to me.  Growing up, my dad was a newspaper photographer and my love for photography grew from tagging along with him to assignments and seeing the magic performed in the darkroom, but NPPA’s publications also inspired me.Starting out in my career as a photographer, I came up through the newspaper ranks and I was contest driven.  I entered the state, regional and national competitions and did okay, but not great.  I got a photo or two in the regional publications with photos that won some awards, but never in the national publications.  In the mid 90s, I decided to take my photography career in a different direction from just photojournalism.  I quite my job at the paper and moved back to my hometown of Green Bay, Wisconsin and started out my freelance career doing mostly photojournalism work for wire services, national publications and larger state papers, but the push was to build a midwest commercial photography client base.  As the years went on, my career moved towards healthcare photography, industrial photography and even hospitality photography.  I still got my fix for the adrenal rush of photojournalism by shooting sports and some news for the Associated Press, but that wasn’t my focus.  Spending game days at Lambeau Field shooting Packers games was a way for me to keep that skill set sharp and to have that camaraderie with my newspaper and wire services friends.In October of 2012, I took a photograph of Green Bay Packers receiver Donald Driver doing a Lambeau Leap after scoring a touchdown.  The photo took on a life of its own in a way.  The photo first was recognized by a number of news organization as one of the top sports photos of the year; then it started winning first place awards in international and national photojournalism competitions.  That was very cool and exciting and a nice honor, as I continued to work on my commercial photography business.  Even as I worked with a consultant to rebrand my business, we talked about not including my sports work.  I needed to have potential clients not just think of me as just a sports photographer.  In the end, I kept a sports area on my website, but cut back on the photos.  The Donald Driver Lambeau Leap shot still found a prominent spot – how couldn’t it after it was so good to me.About a week ago, I went to my PO box to pick up my business mail.  In it was the NPPA’s Best of Photojournalism issue, the issue that I looked so forward to as a teenager.  And what was on the cover?  That shot!  There was Driver flashing those big eyes and that smile.  It took me back to those days looking through those magazines and it made me smile as much as Driver in that picture.  So what do you think the next thing I did was?  If you guessed that I looked through the magazine, you’re wrong.  I went straight back to my office,  shot the photo of the cover for this blog, put the magazine in an envelope addressed to my dad, and  rushed back to the post office to get it out in that day’s express mail.  I knew my dad would get a kick out of it and it would make his day.  He has been very proud of me through out my career even as it turned away from photojournalism, but this shot was one he truly enjoyed.  My mom told me he was so proud of me winning these awards that he just had to share the news down in Florida – even if it was with the bag boy at the grocery store that he didn’t even know.A number of friends have congratulated me on getting the cover and a few have even offered to send me their copy.  Those should be in my PO box when I get back next week from a week long healthcare photography shoot in Missouri.   I’m sure I will sit down and look at every picture and read most of the articles just like I did at the beginning of my career.Thanks for looking!Mike 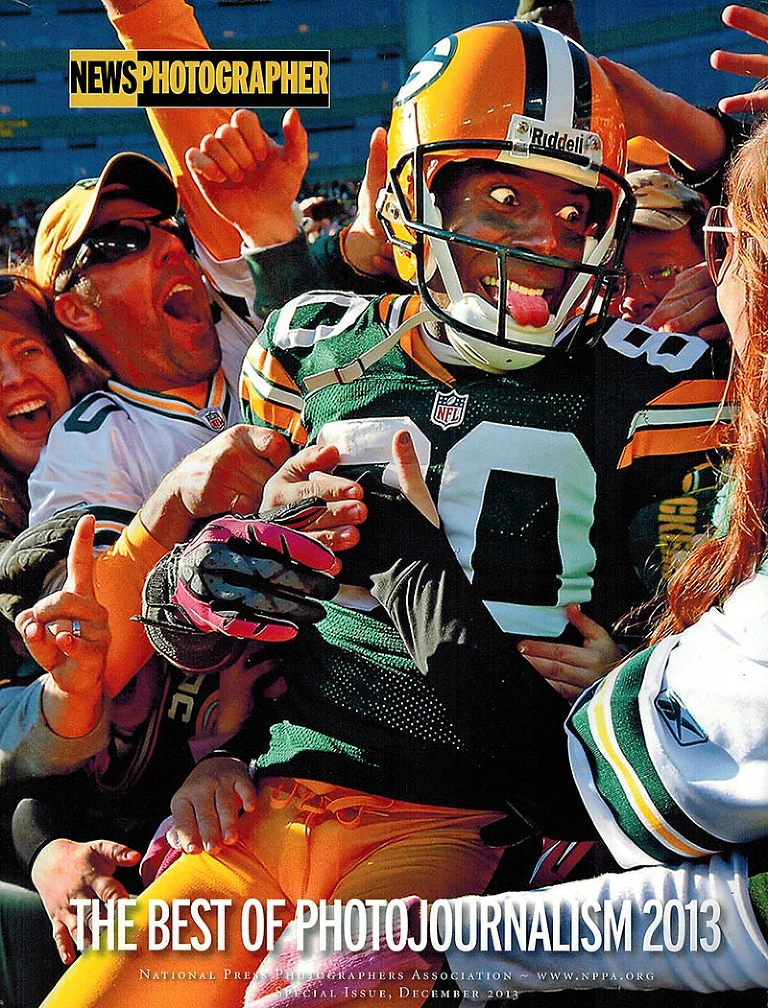