Here are some of my favorite photos from the NFL preseason football game at Lambeau Field in Green Bay, Wisconsin on August 28, 2010.  The Packers won the game 59-24.  I seemed to be in the wrong end of the field for some of the better action, but I was pleased with what I got, especially the non action photos.  I’m looking forward to the regular season starting in a few short weeks, games that matter and better light. 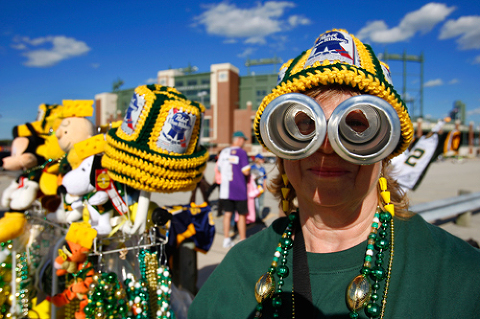 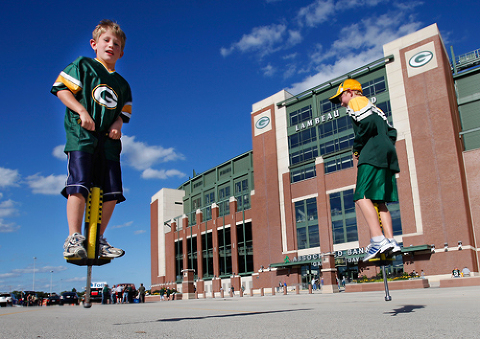 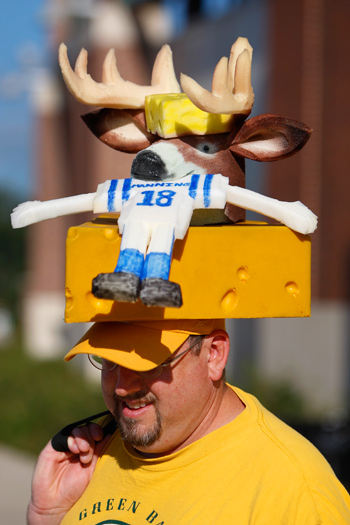 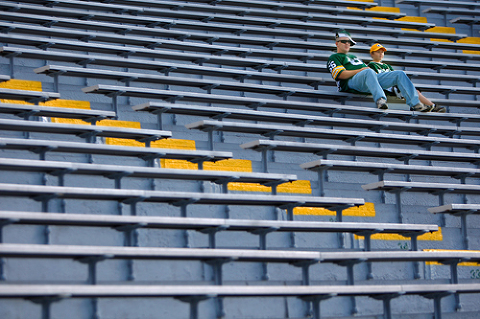 Scott Doering and his son Tyler wait for the start of the Packers game. 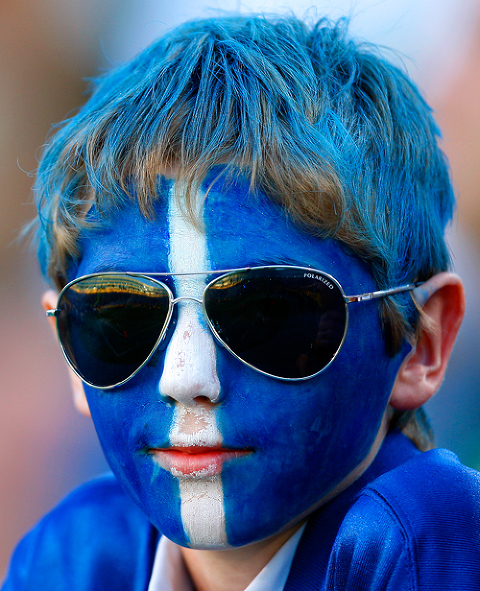 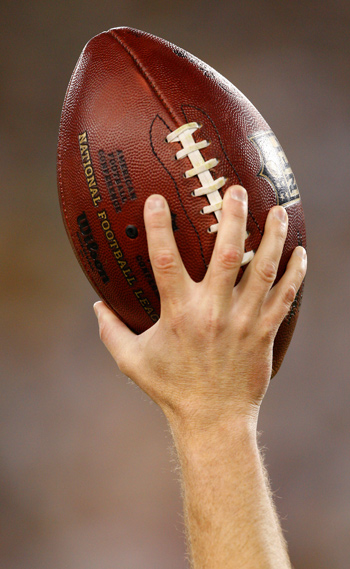 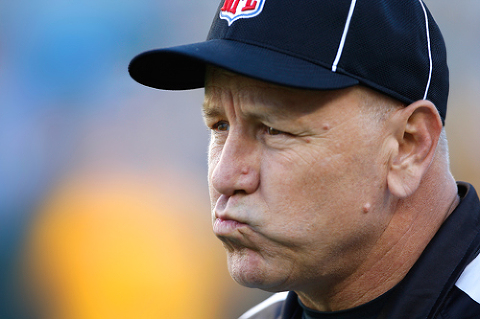 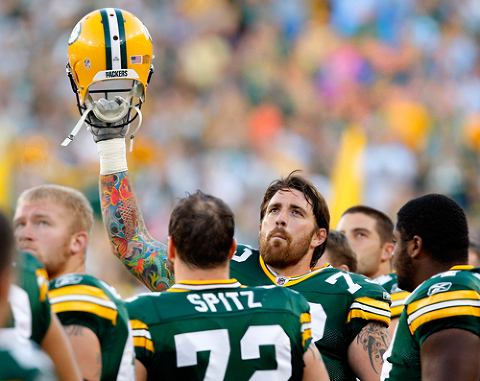 Green Bay Packers guard Daryn Colledge (73) raises his helmet during the fly over. 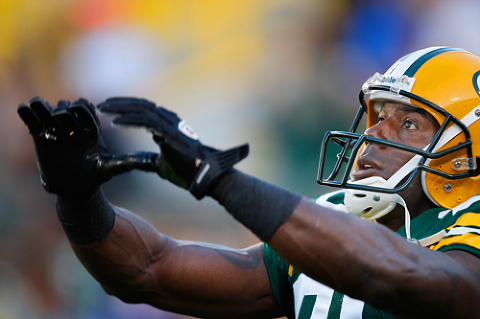 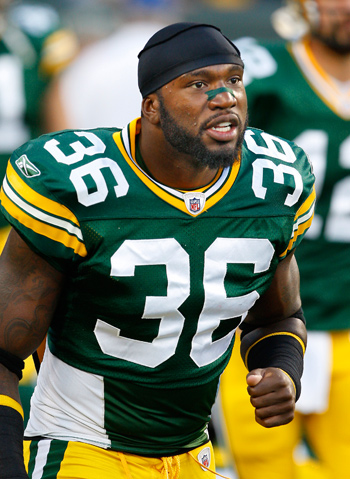 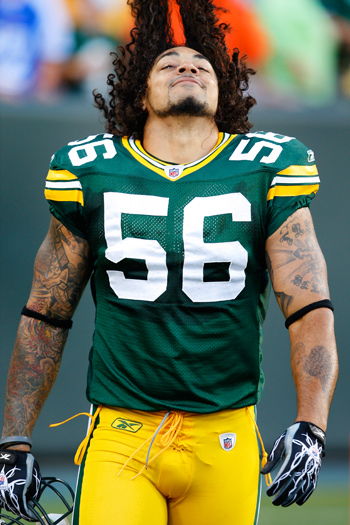 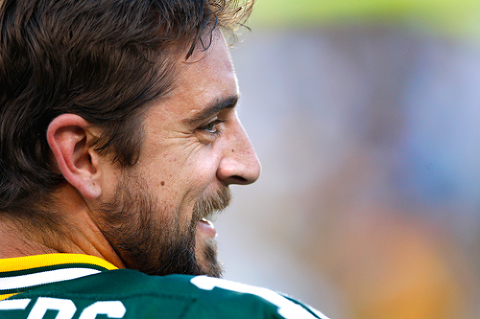 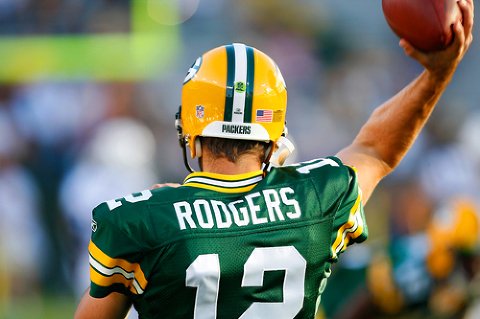 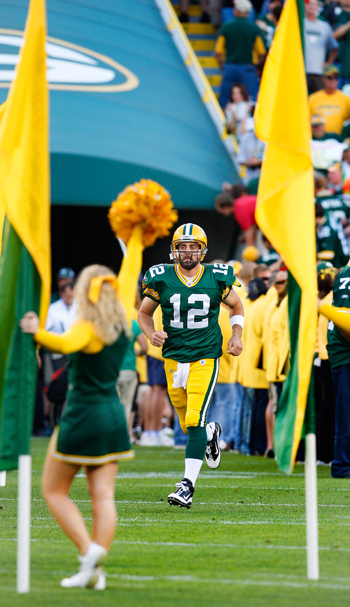 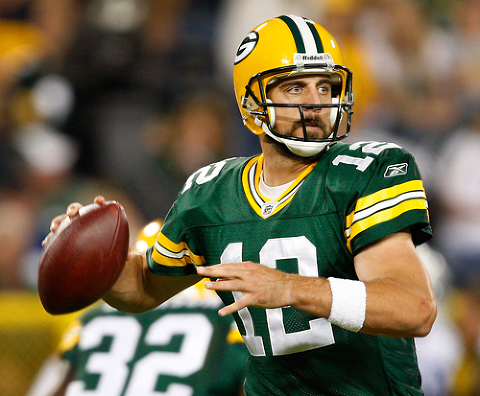 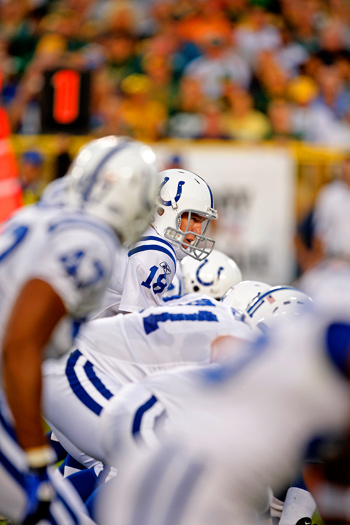 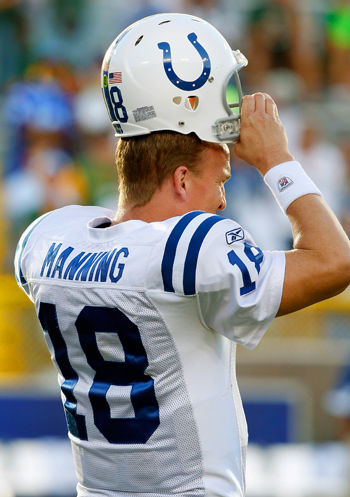 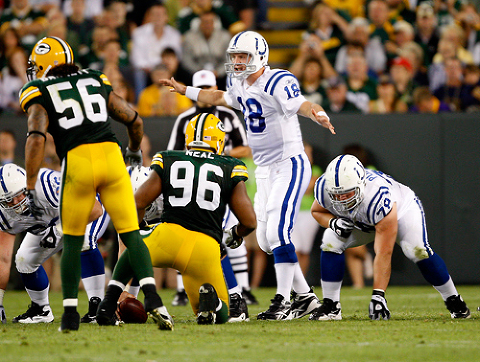 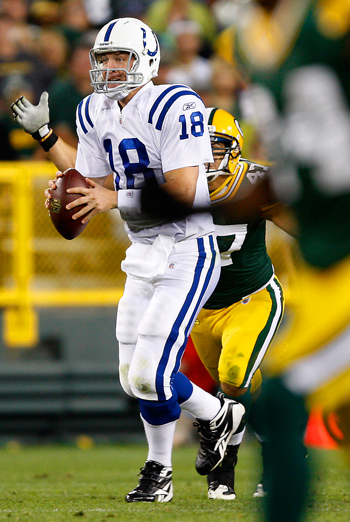 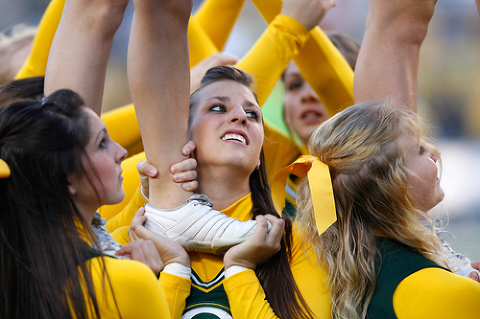 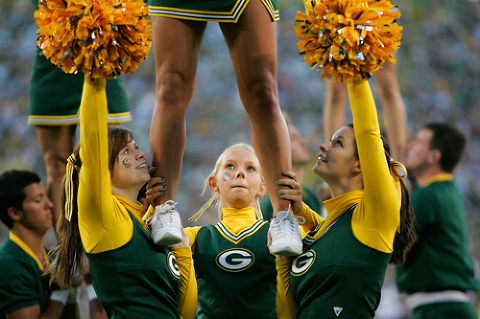 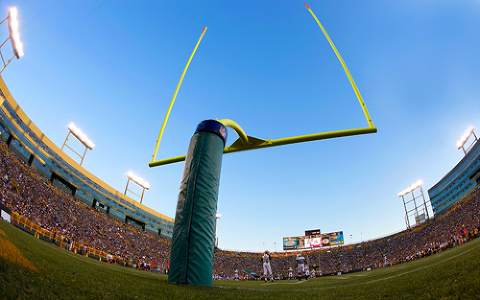 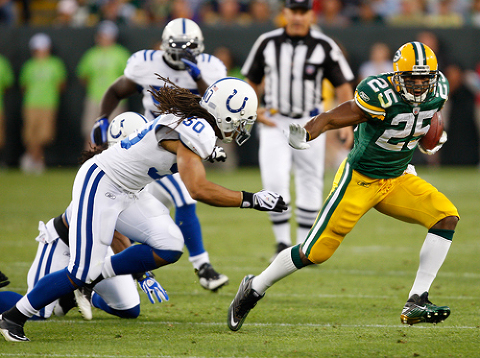 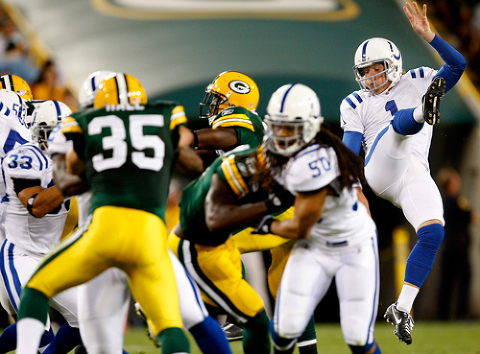 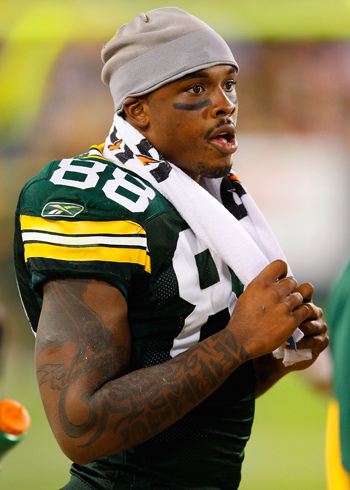 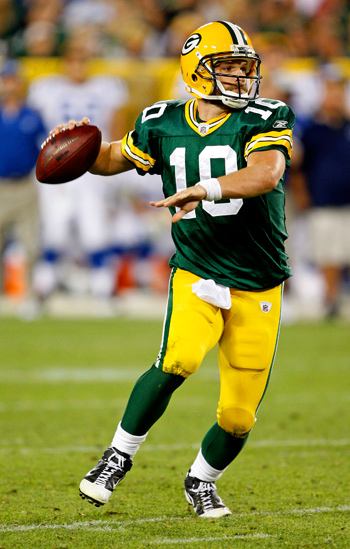 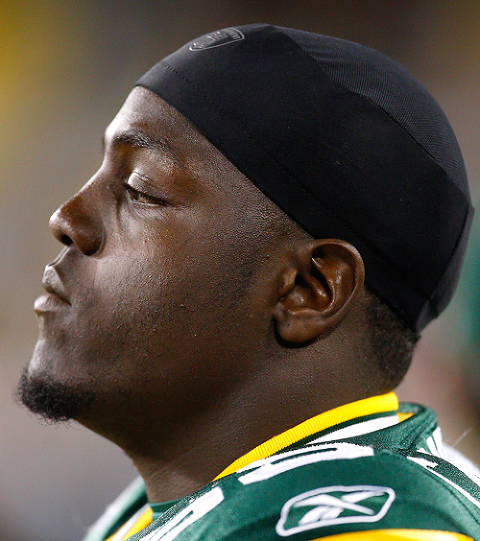 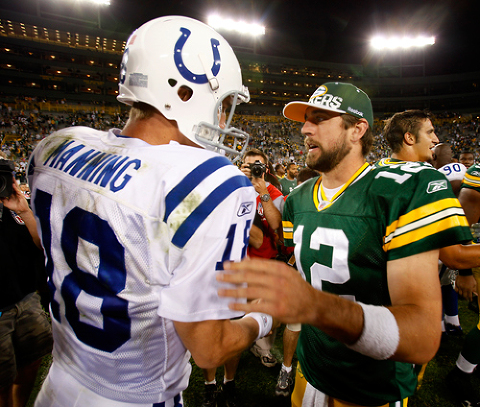