Here are some of my favorite photos from a storm shortened Green Bay Packers Family Night Scrimmage.  The night started with great weather, but ended short when a severe storm headed towards Lambeau Field and fans and players were asked to take cover.  After an hour plus rain delay fans were allowed back into the bowl and the night was topped off with fireworks for the wet fans still in attendance.

I wish I would have had more time to shoot action of the players, but I was happy with some of the portraits I was able to make of some of the key players like Charles Woodson, Clay Matthews, Aaron Rodgers and Jermichael Finley. 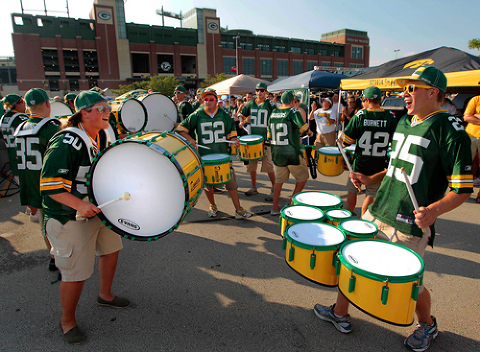 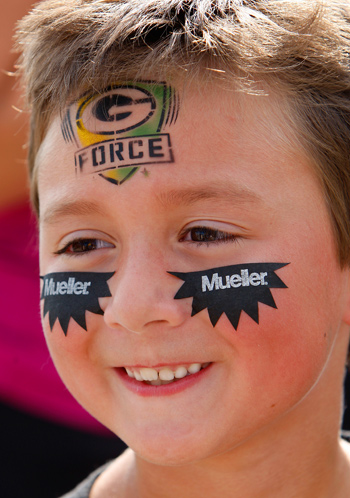 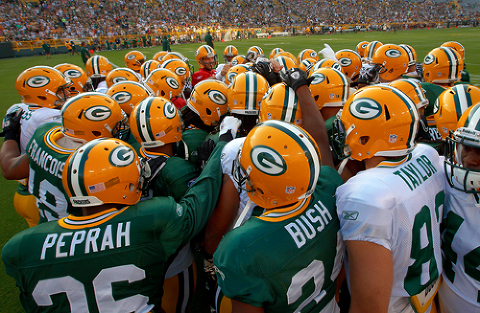 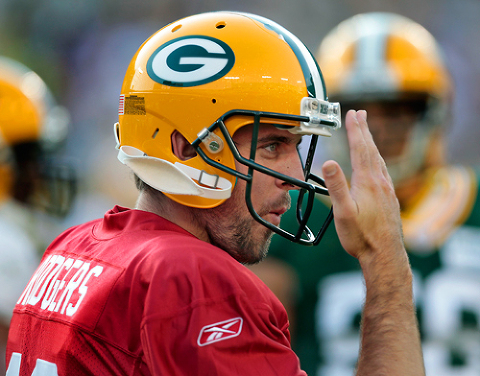 Aaron Rodgers jokes around with teammates. 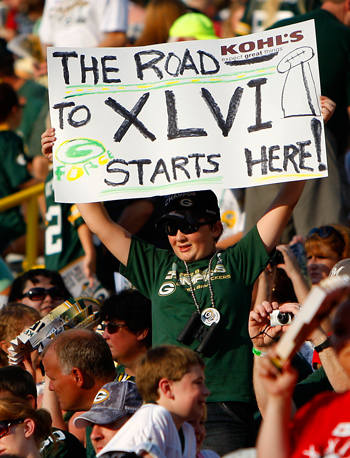 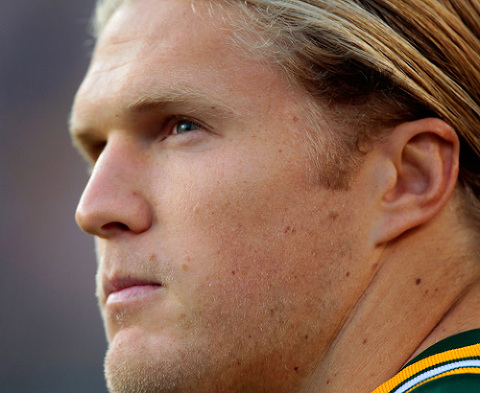 Clay Matthews who didn't play in the scrimmage looks up into the stands. 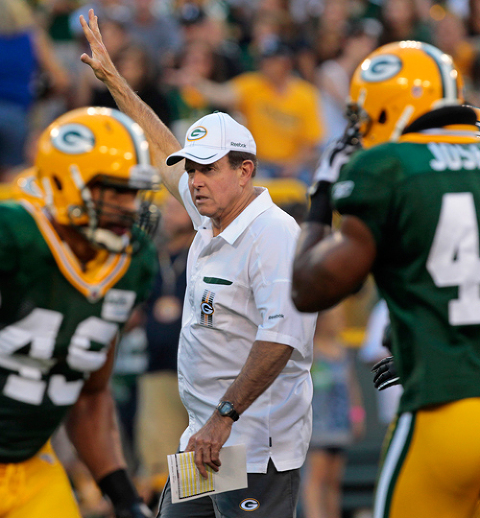 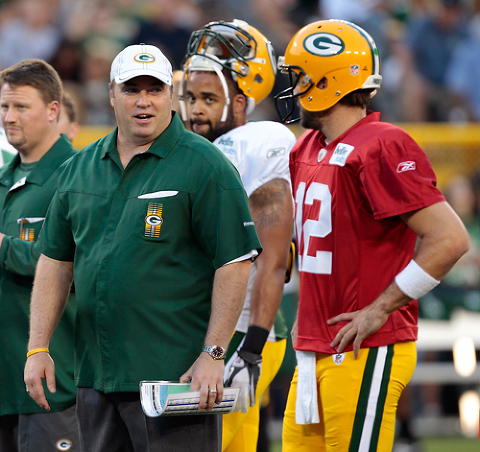 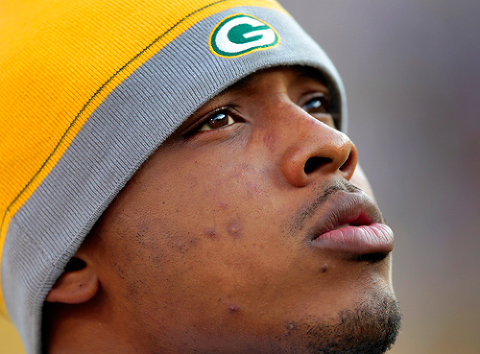 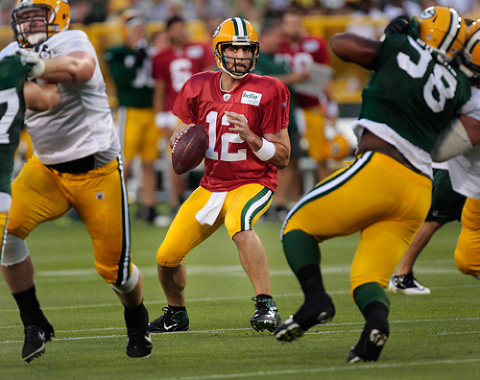 Aaron Rodgers looks for a receiver. 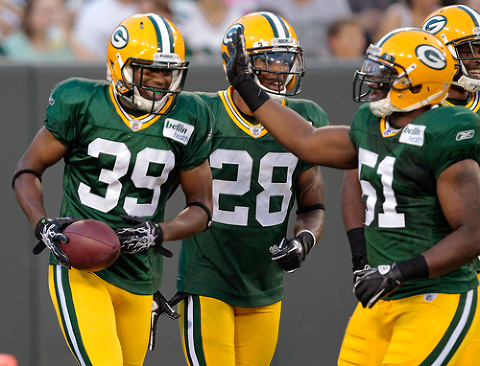 Brandian Ross (39) celebrates his intereception of an Aaron Rodgers pass with Brandon Underwood (28) and D.J. Smith (51). 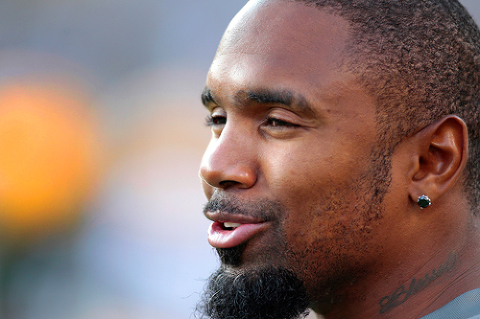 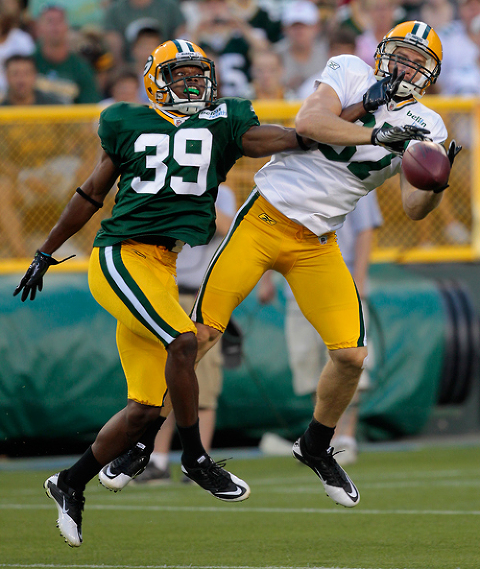 Brandian Ross breaks up a pass intended for Jordy Nelson. 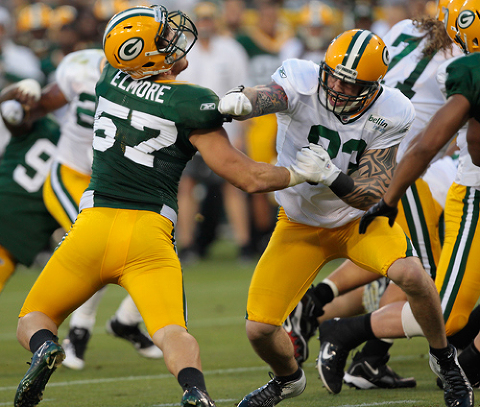 Ricky Elmore (57) and Tom Crabtree battle at the line of scriimage. 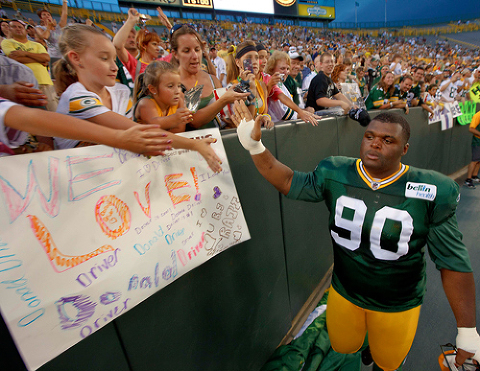 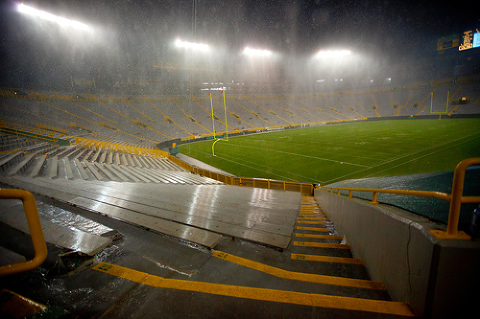 Rains falls in an empty Lambeau Field after the seating area of the stadium had to be cleared for a storm. 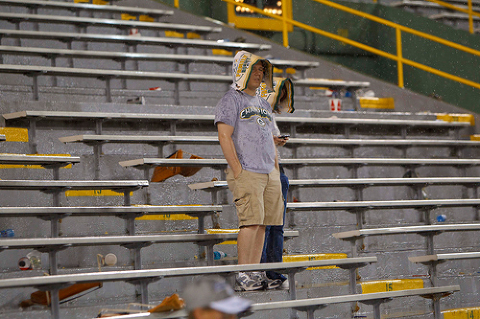 Green Bay Packers fan try to take shelter from the rain as they make their way back into Lambeau Field after a rain delay. 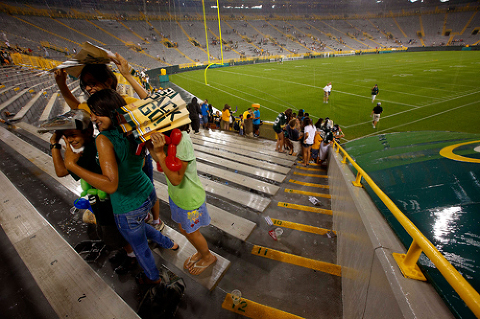 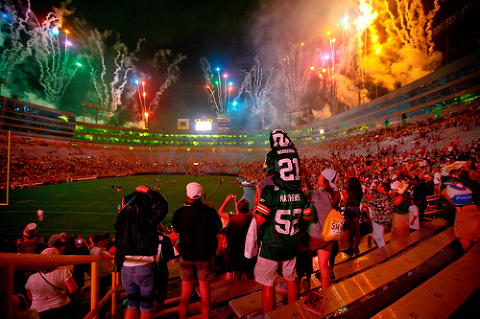