Photos From The Green Bay Packers Christmas Day Game vs The Chicago Bears.

The Green Bay Packers defeated the Chicago Bears 35-21 at Lambeau Field in Green Bay Wisconsin in an NFL football game on Christmas Day to lock up home field advantage as the number one seed in the NFL play-offs and to go 14-1 on the 2011 season.

I had an okay game, but not a great game.  I was blocked on what could have been a few nice shots as players got upended, but that’s the way it goes.  Aaron Rodgers had a career high five passes for touchdowns.  I long for the excitement that Brett Favre would show when he threw a touchdown.  Aaron doesn’t look much different when things go good or bad.  Aaron is calm, cool and collected at all times.

Thanks for looking at my photos from the game! 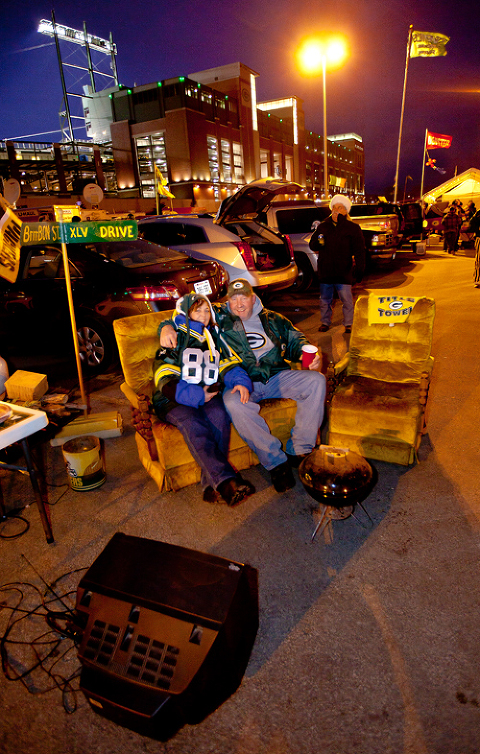 Packers fans watch the pre-game while relaxing in the Lambeau Field parking lot. 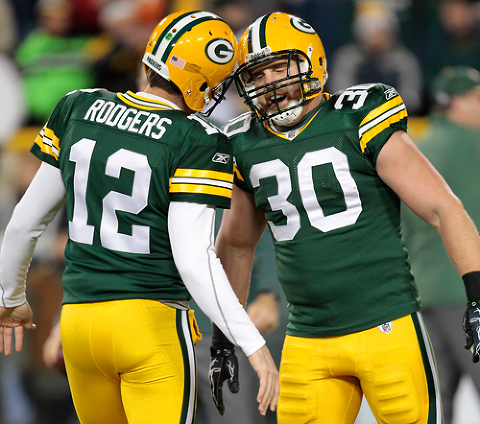 Green Bay Packers' Aaron Rodgers and John Kuhn warm up before the game with a little helmet bump. 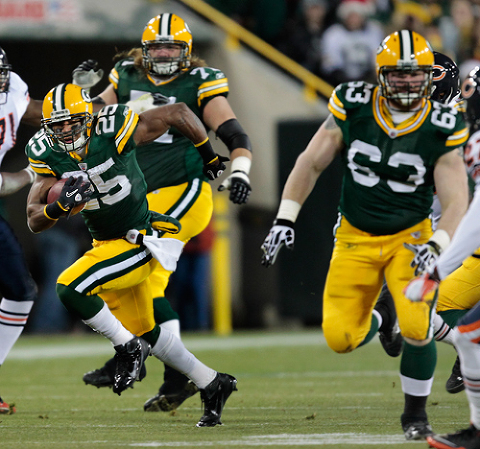 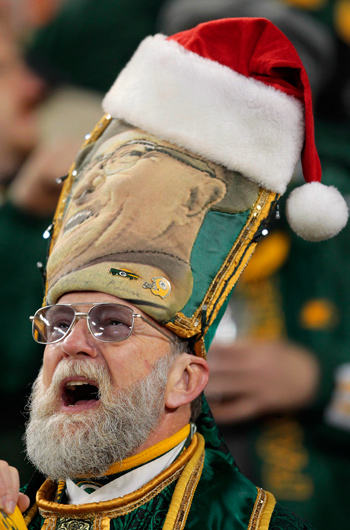 Saint Vince tops off his outfit with a santa hat. 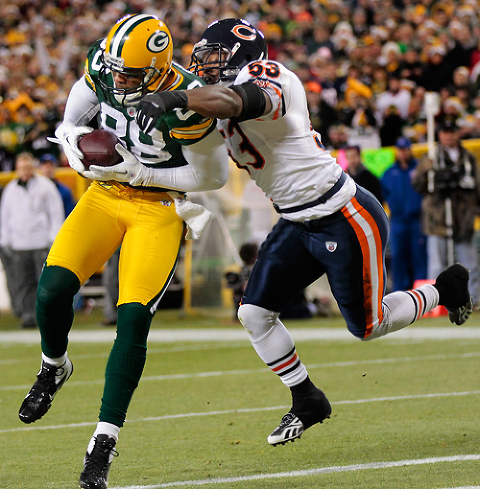 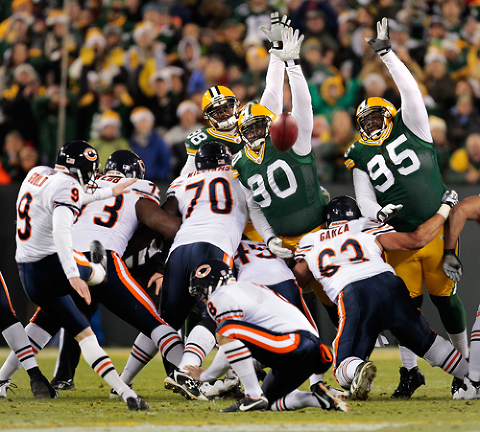 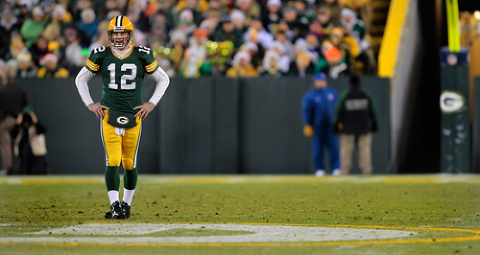 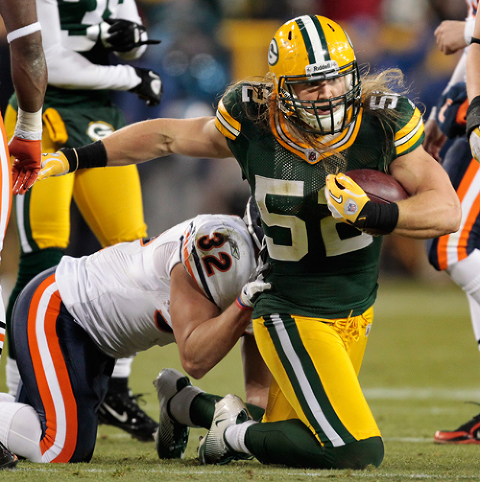 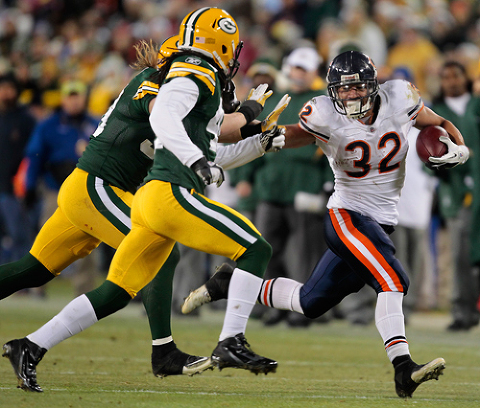 Chicago Bears running back Kahlil Bell runs for a first down. 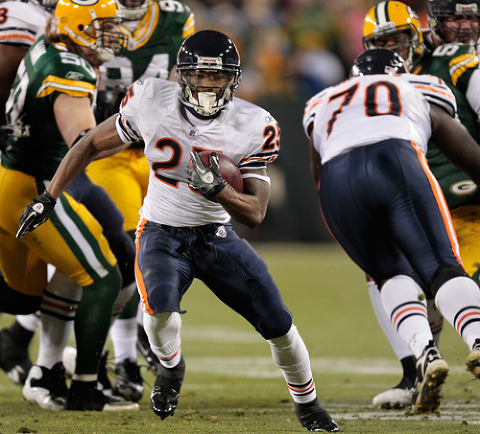 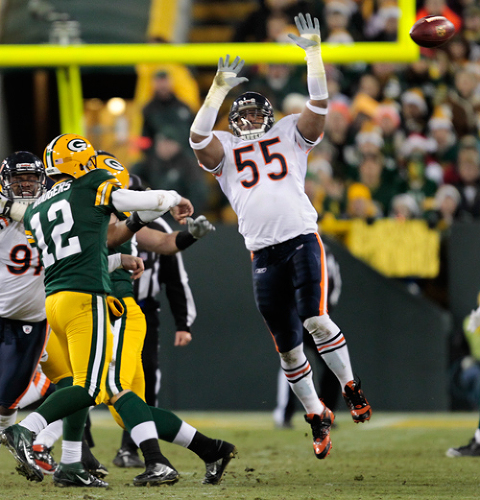 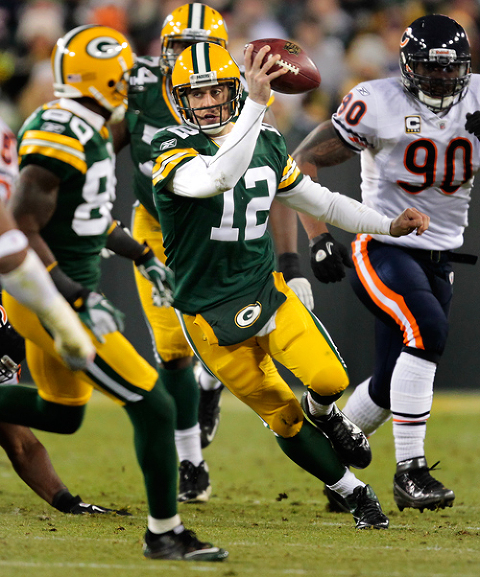 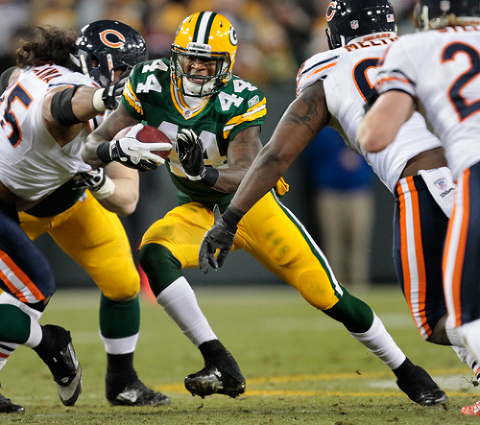 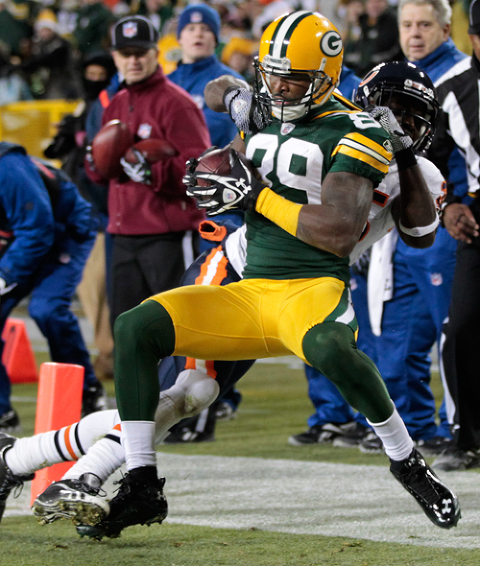 Green Bay Packers wide receiver James Jones scores one of his two touchdowns on the day. 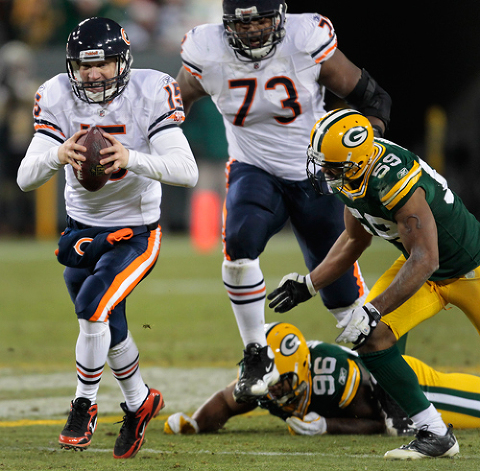 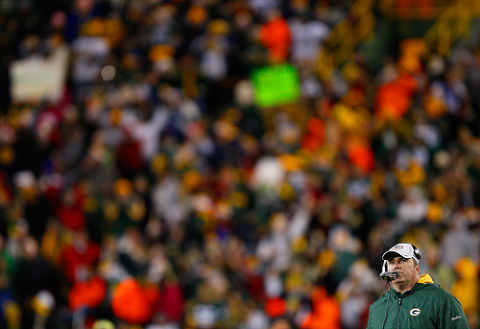 I've shot plenty of pictures of Packers coach Mike McCarthy over the years and I always look for something different. I like this shot for the isolation it puts him in. 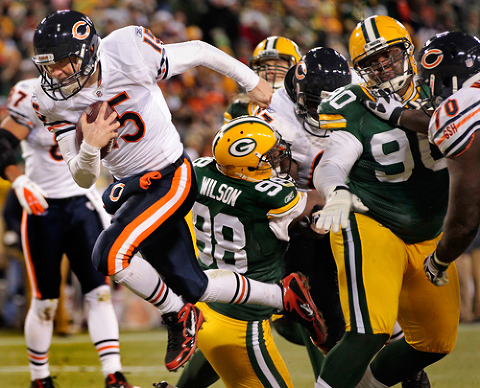 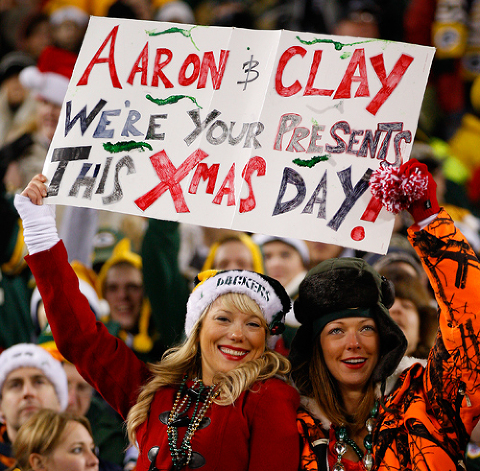