Sundays Packers Bengals NFL football game at Lambeau Field had a couple different story lines beyond the football action.  The game was the hottest regular season game ever at Lambeau and the national anthem statements heated up.  With those two story lines and the Packers come from behind overtime win it was an exciting afternoon in Green Bay.  I was happy with my photos and thanks to the gallon or so of water and gatorade I drank I survived the day.Here are my favorite photos for the Packers 27-24 win.Thanks for looking!Mike 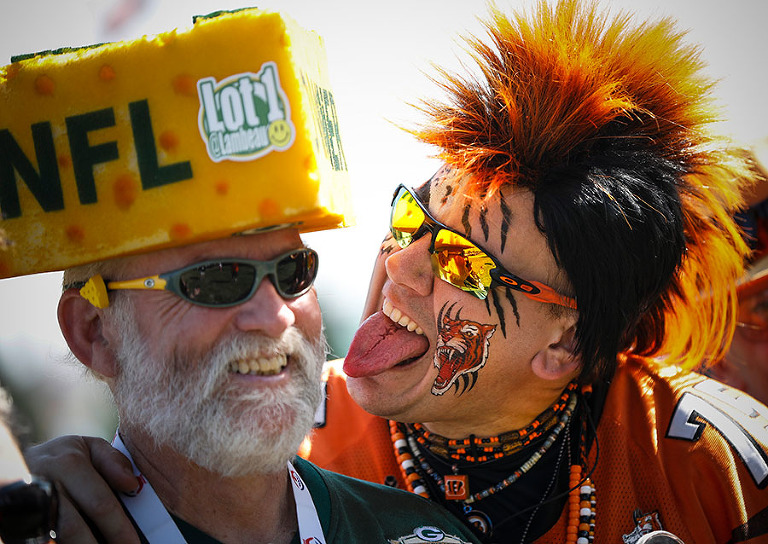 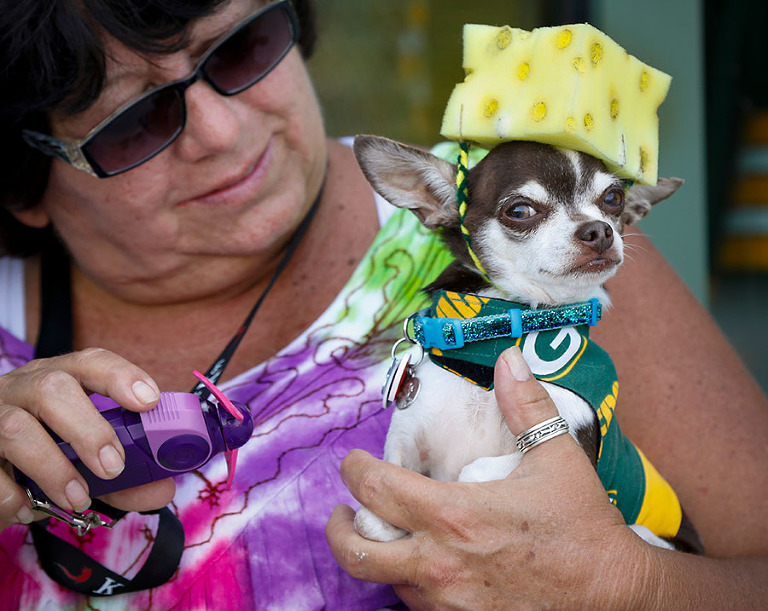 Gloria Baenen and her dog Vinnie try to keep cool before the game. 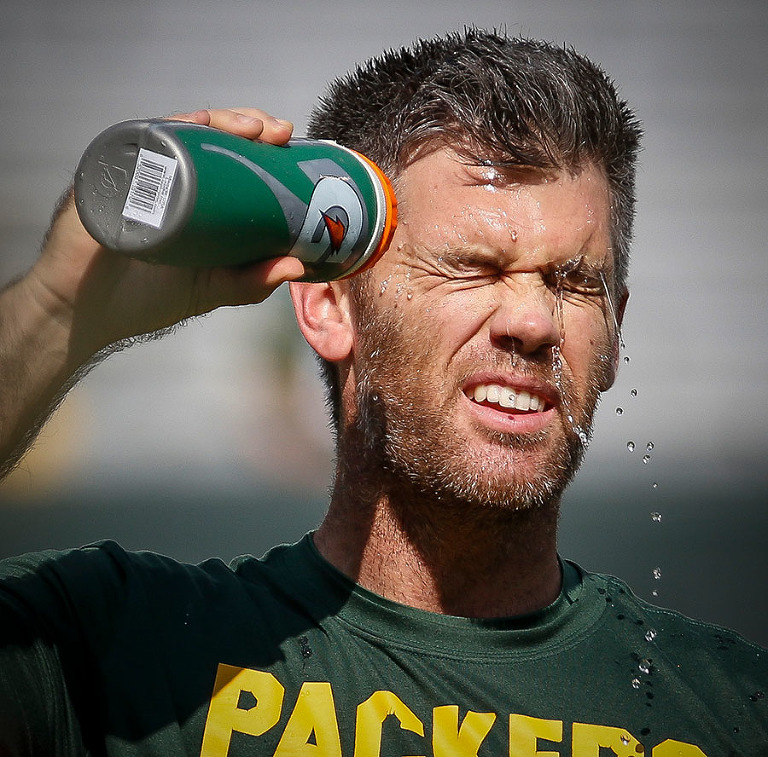 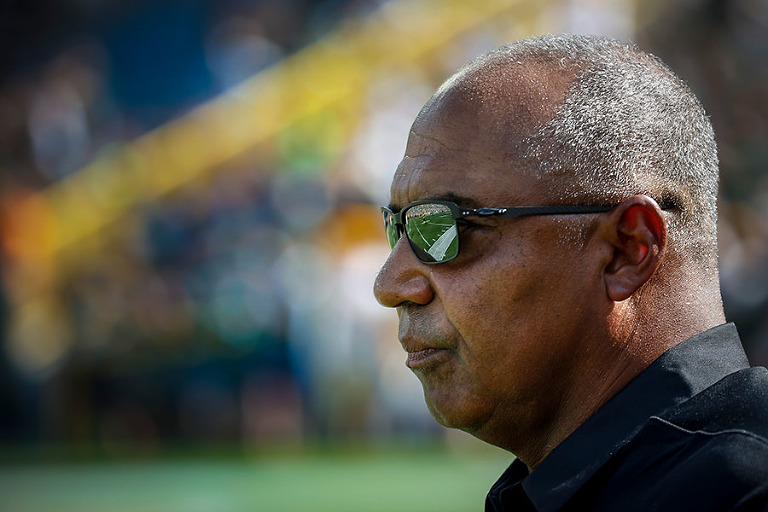 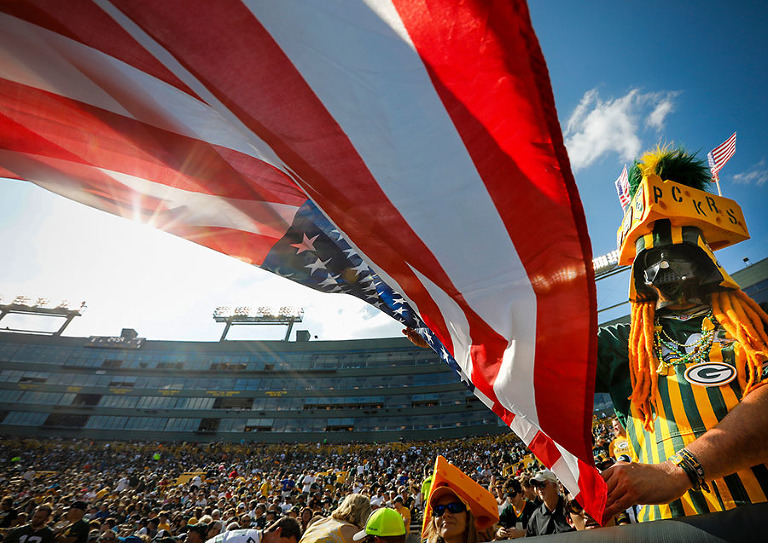 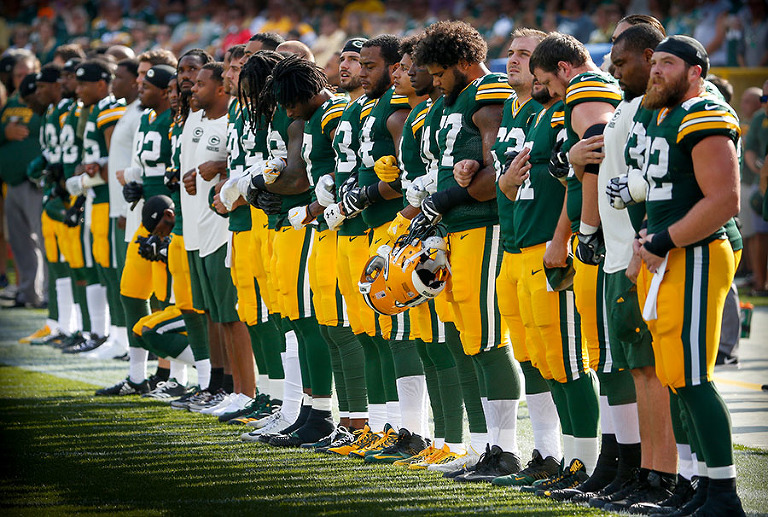 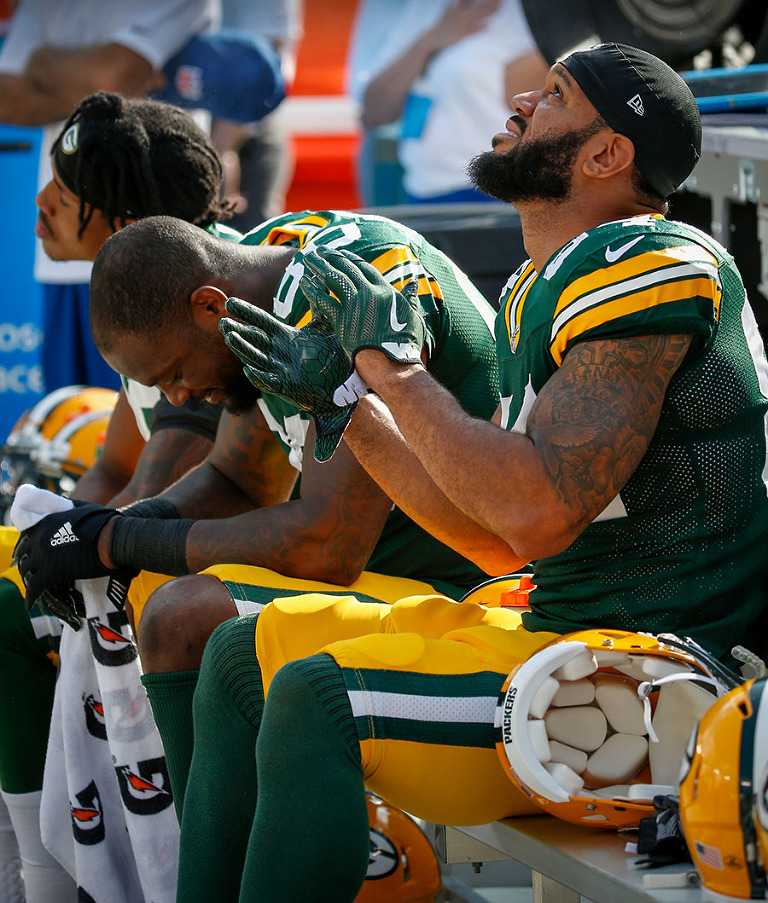 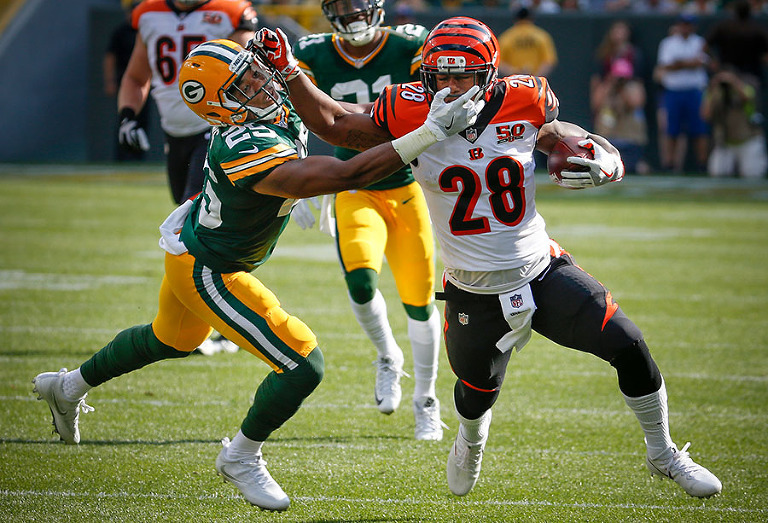 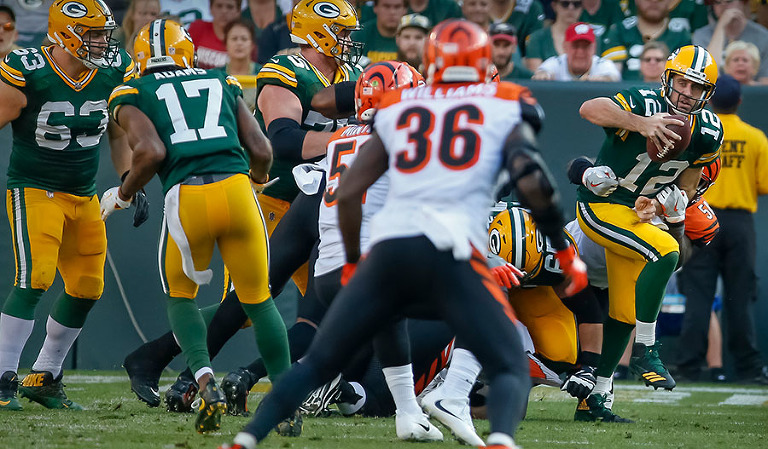 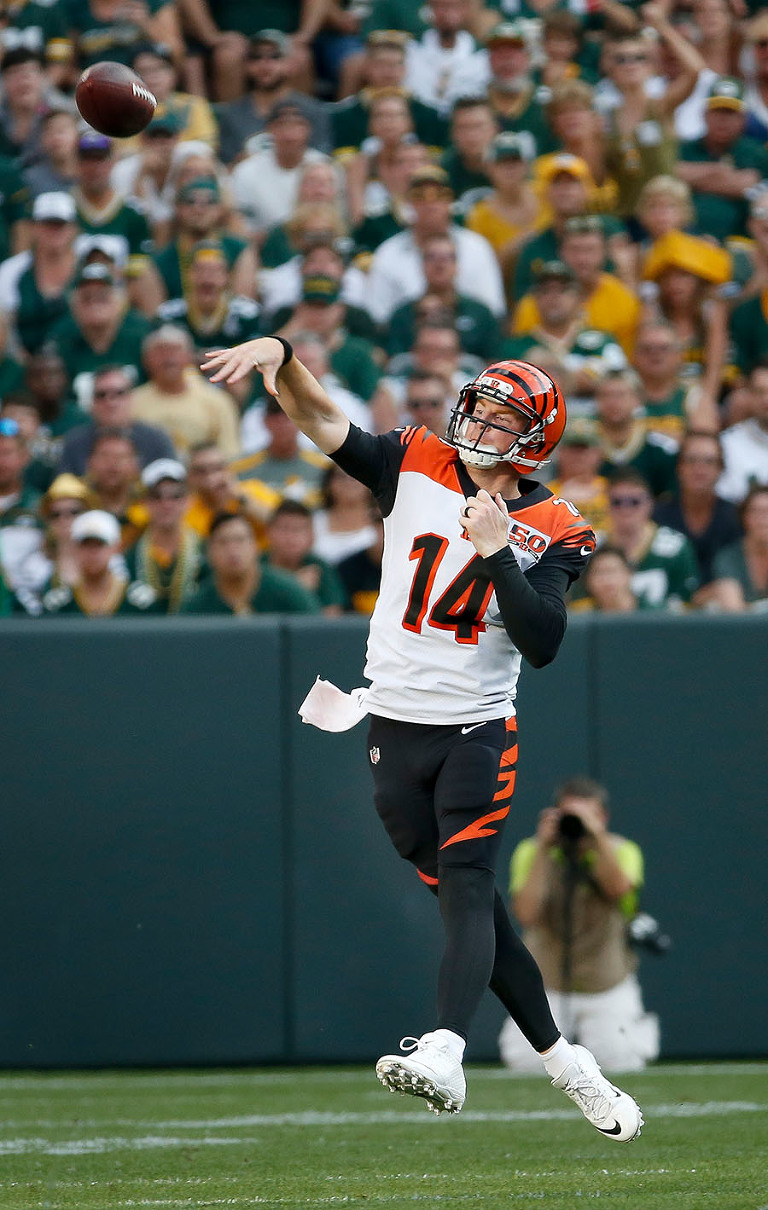 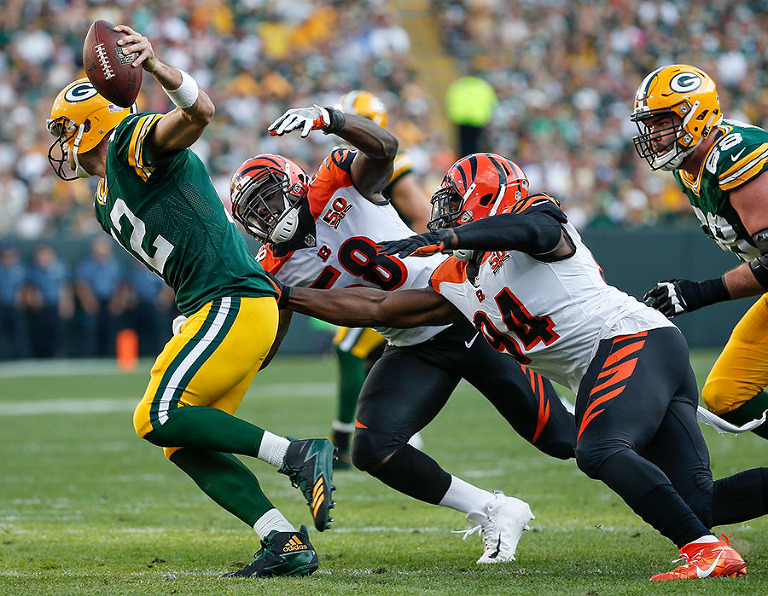 Not sure if Green Bay Packers inside linebacker Joe Thomas is helping his team celebrate a defensive stop of helping them cool off. 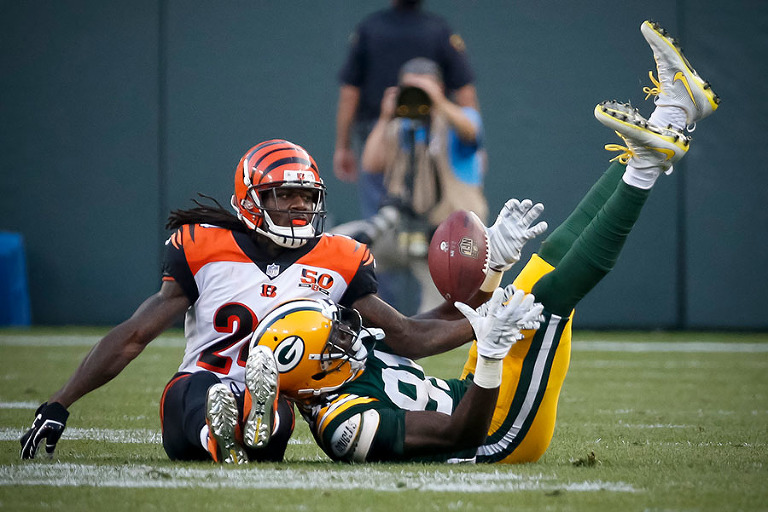 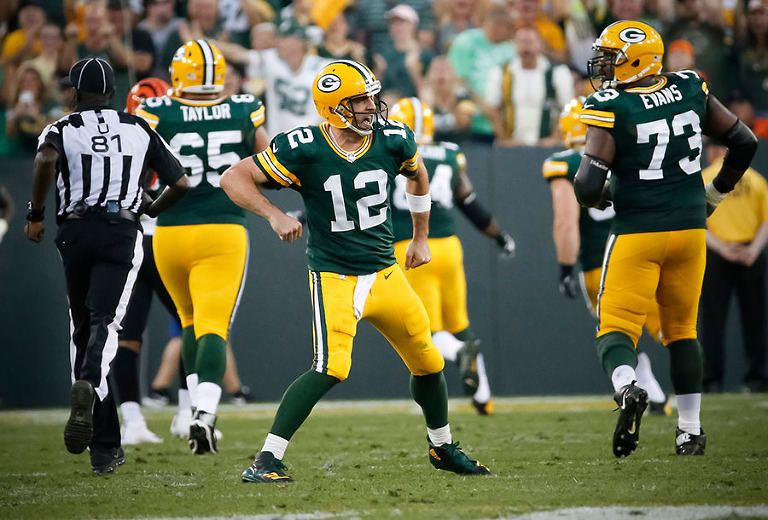 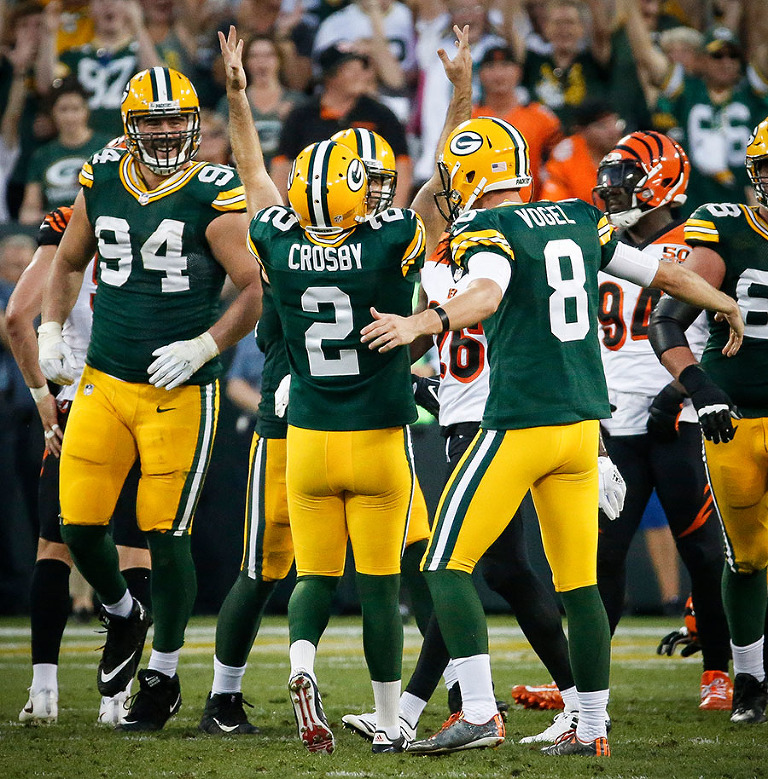 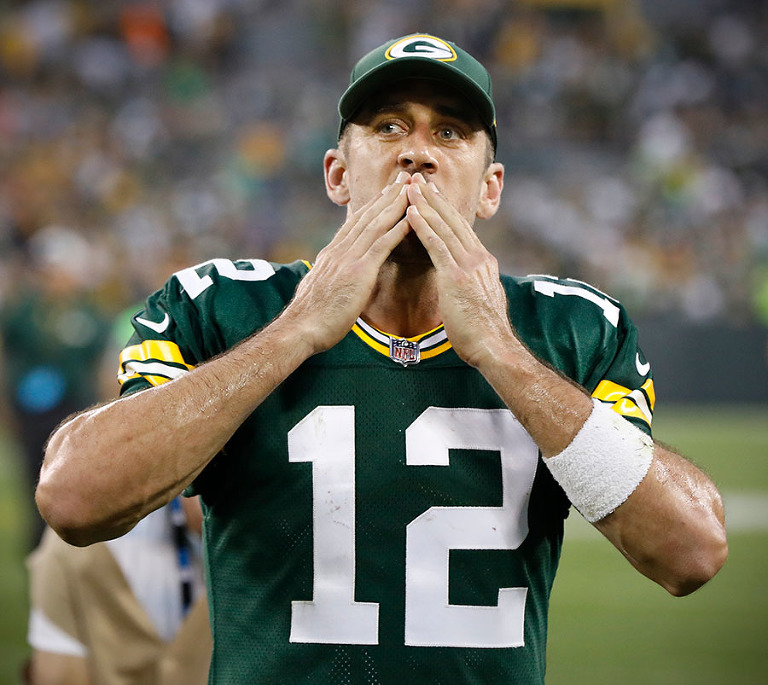 Green Bay Packers quarterback Aaron Rodgers shows his appreciation to the fans as he walks off the field.