Monday, December 10, 2012
As a sports photographer based in Green Bay, Wisconsin I’ve photographed plenty of cold weather NFL football games, but surprisingly we don’t get that many snow games.  My most memorable snow game would the “Snow Globe” game, Brett Favre’s last game at Lambeau Field as a Packers.  The Packers defeated the Seattle Seahawks in that January 2008 playoff game in a Lambeau Field filled with huge snow flakes.  This Sunday December 9, 2012 the Green Bay Packers defeated the Detroit Lions 27-20 in an almost “snow globe” game.  The Green Bay area got maybe 4 inches of snow on Sunday, just enough to give it that winter look.
I started my day looking for features outside the stadium before if got to dark out and then I moved inside to capture the stadium filling in with fans as the snow fell.  One little things that happened to me and was probably very humorous to everyone but me.  Have you ever seen a video of a little kid standing next to a tank at SeaWorld and a whale slashes him with a wave of water with his tail.  Well, substitute the kids with me, the tank with the field of Lambeau and the whale tail as the tarp coving the field of Lambeau prior to the game.  Not sure what happened, but as I was shooting a wide shot of the tarp covered field I heard an odd noise coming my way.  That noise was  forced air filling in under the tarp and coming my way with enough force to shower me with a wave of water from the melted snow on top of the tarp.  My next blog should probably be about how well weather sealed the new Canon 5D Mark 3 is.
Here are a few of my favorite shot from covering the game.
Thanks for looking!
Mike 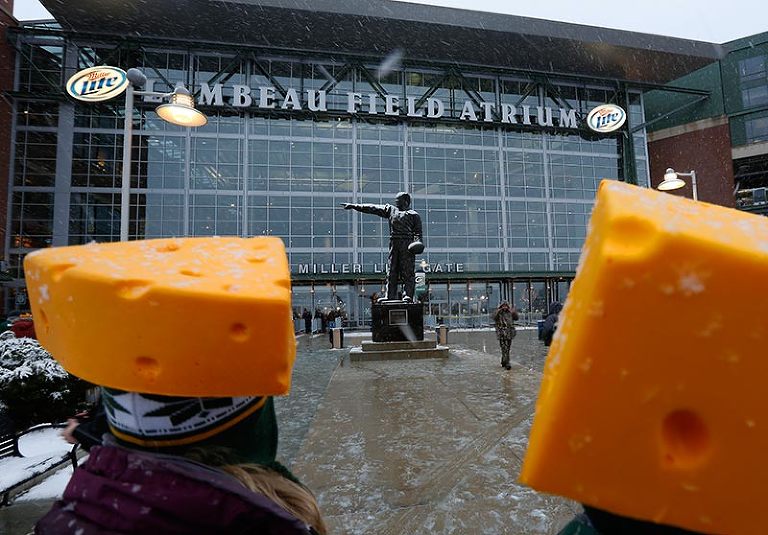 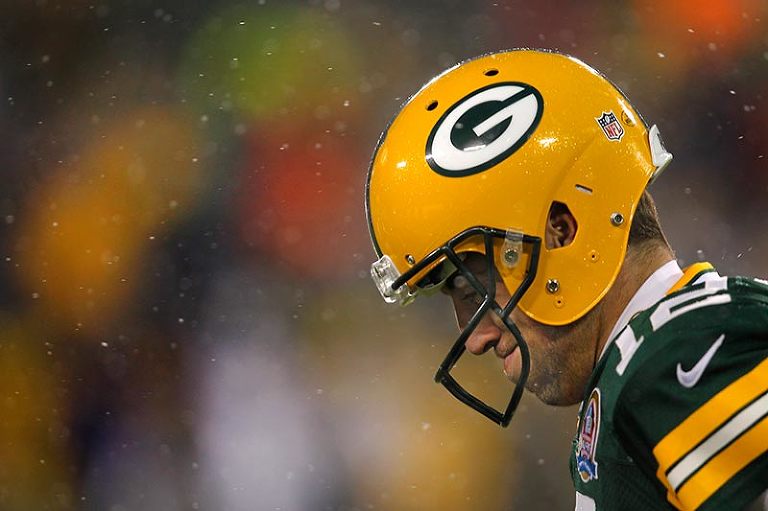 With snow falling around him Green Bay Packers quarterback Aaron Rodgers takes to the field. 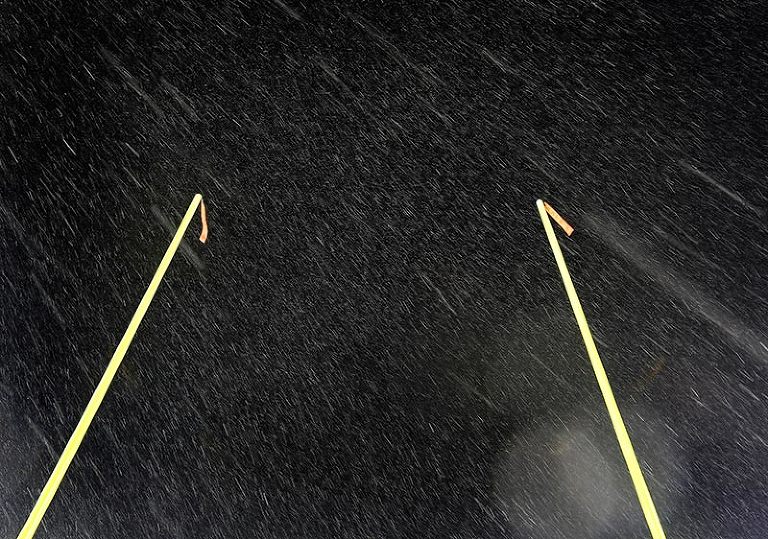 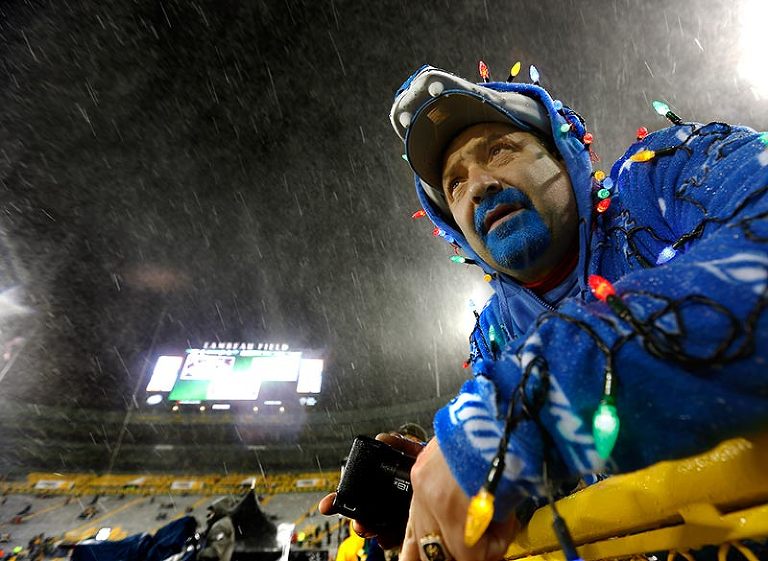 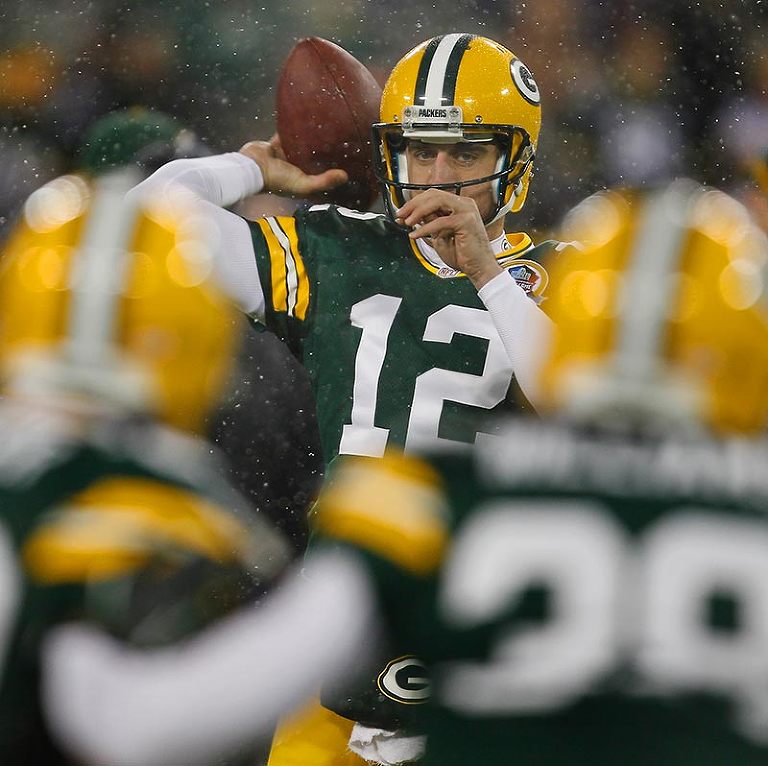 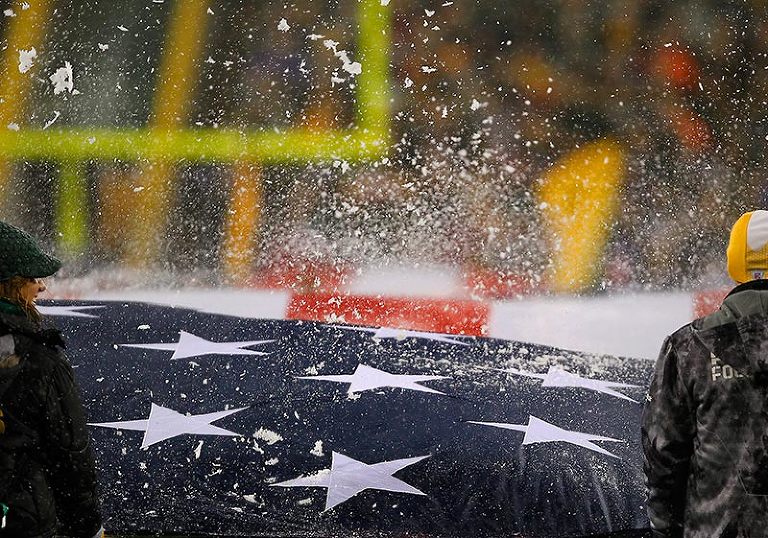 Snow gets flapped off an American Flag during the national anthem. 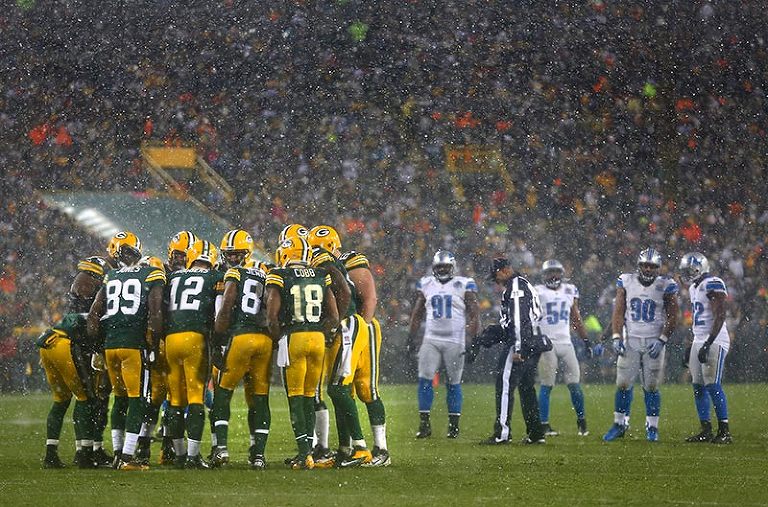 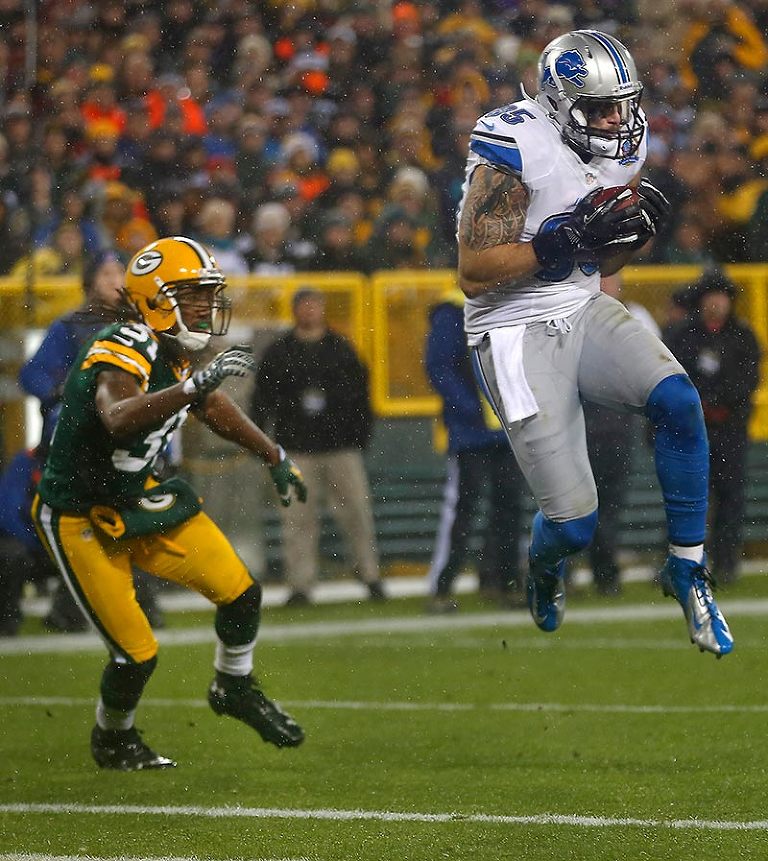 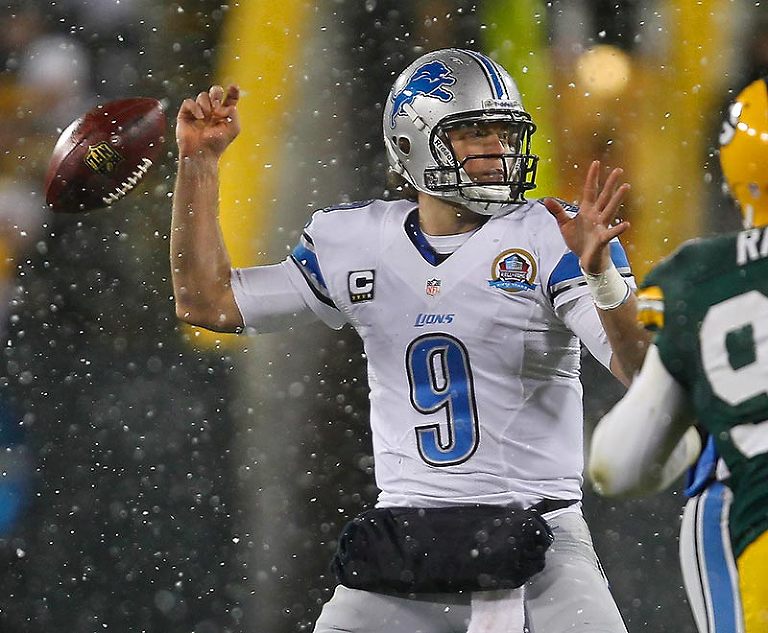 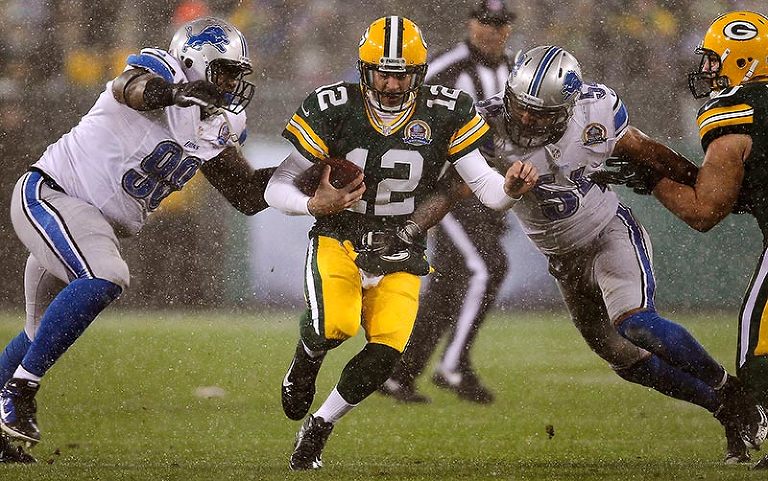 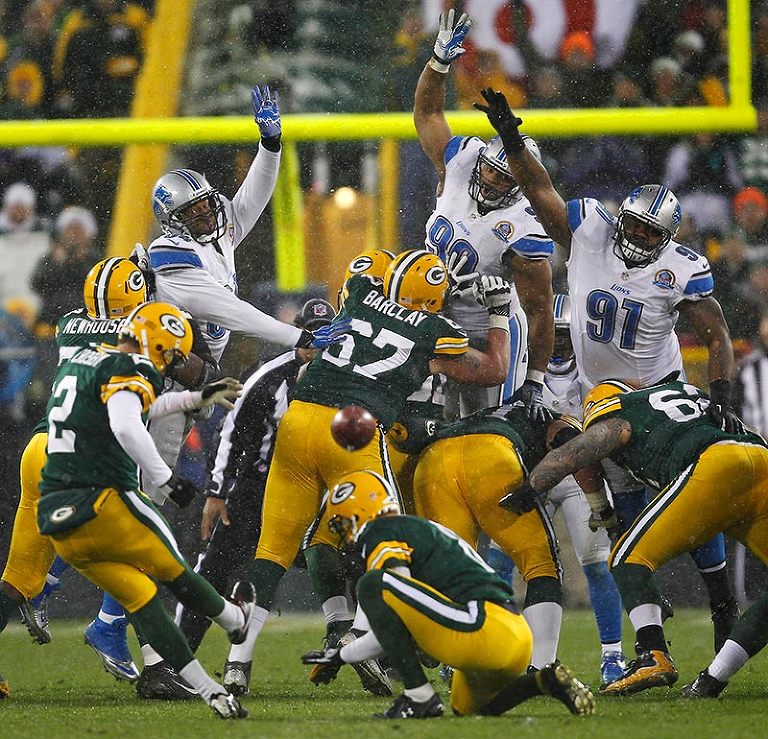 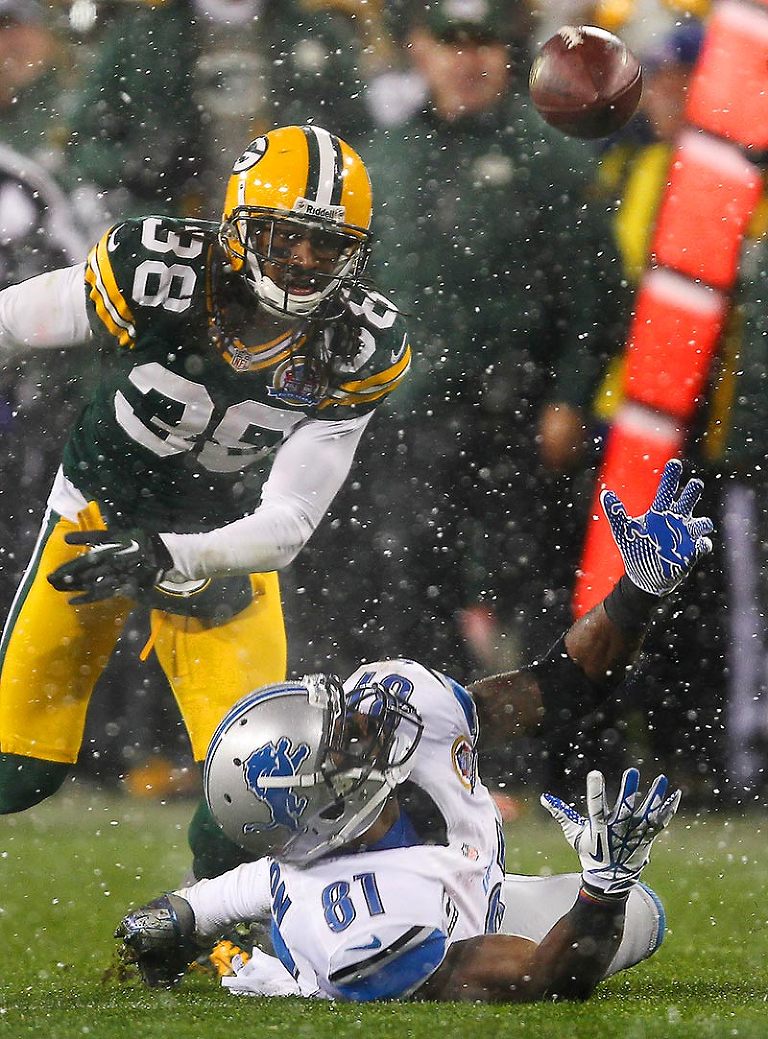 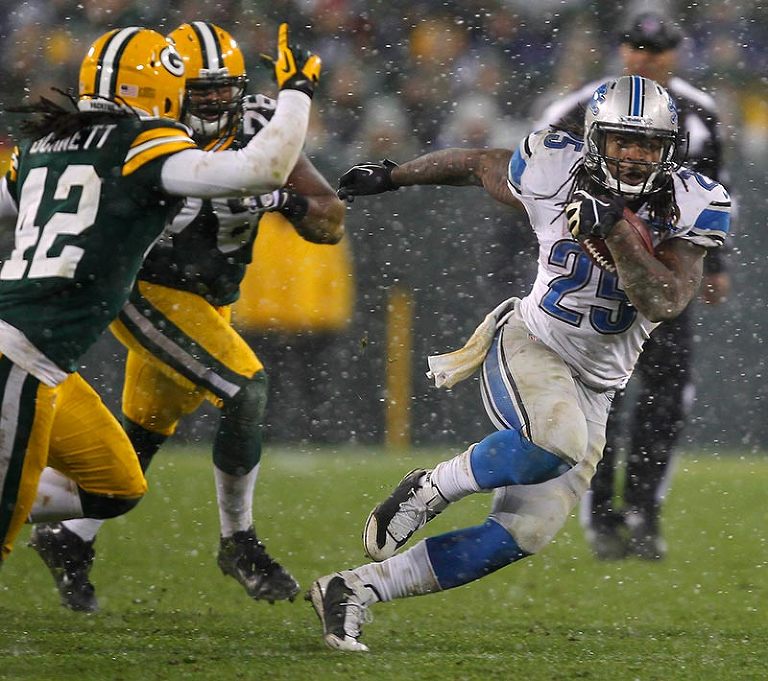 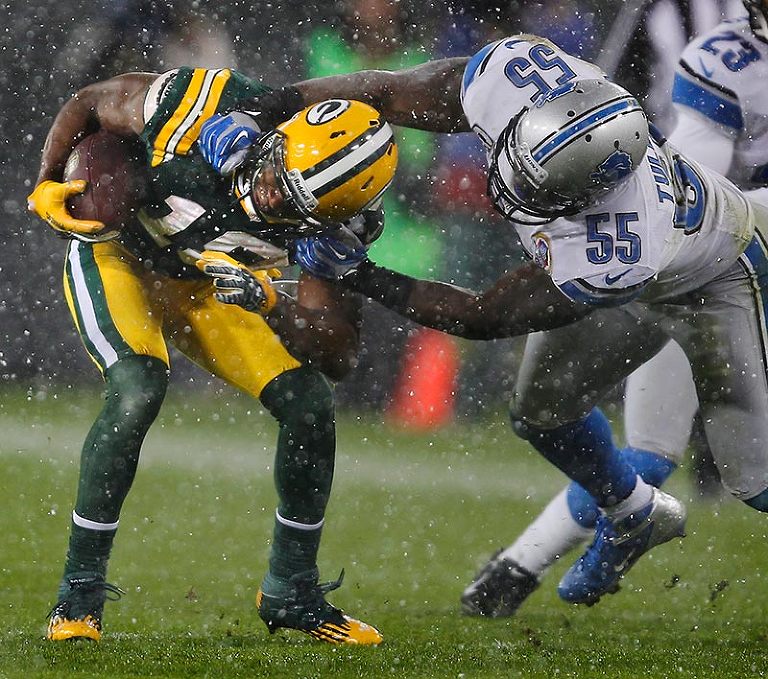 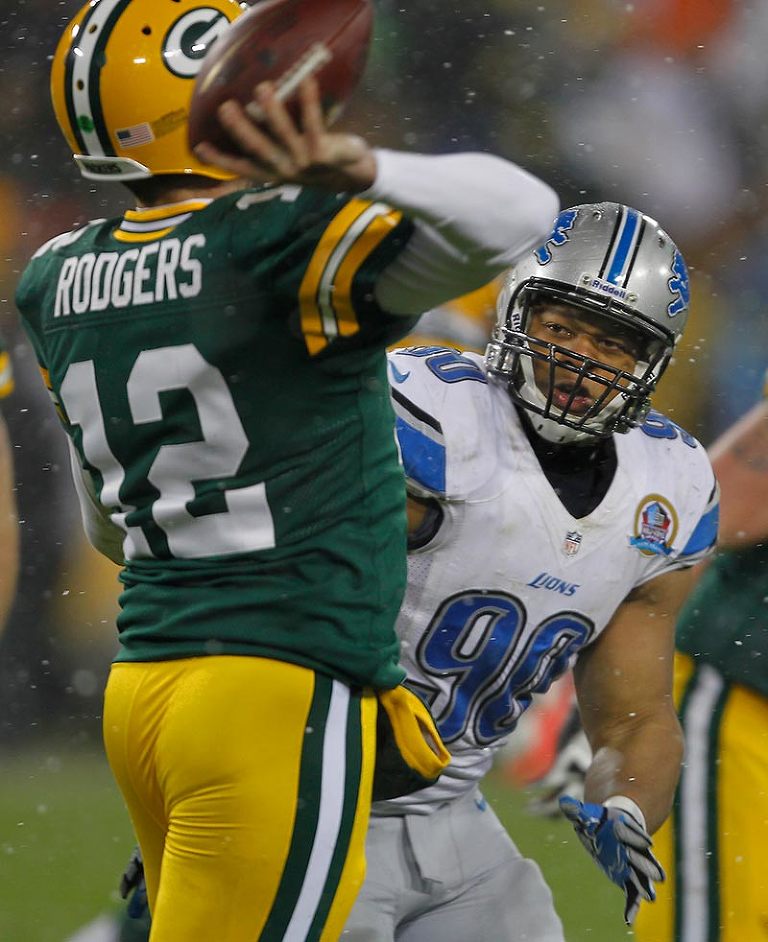 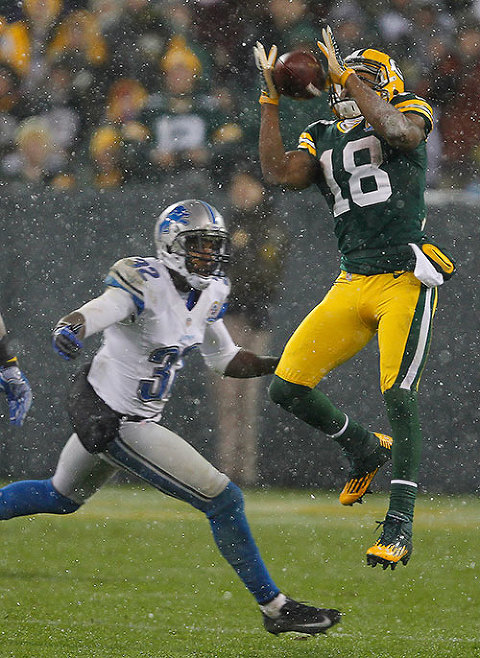 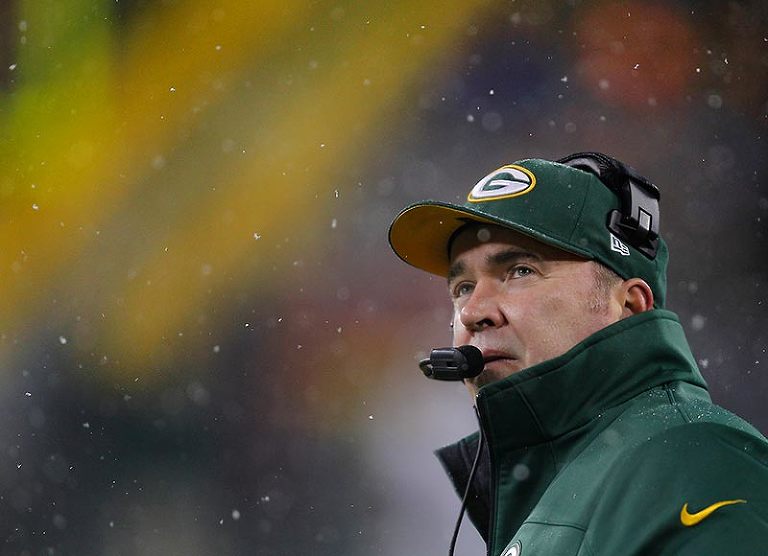 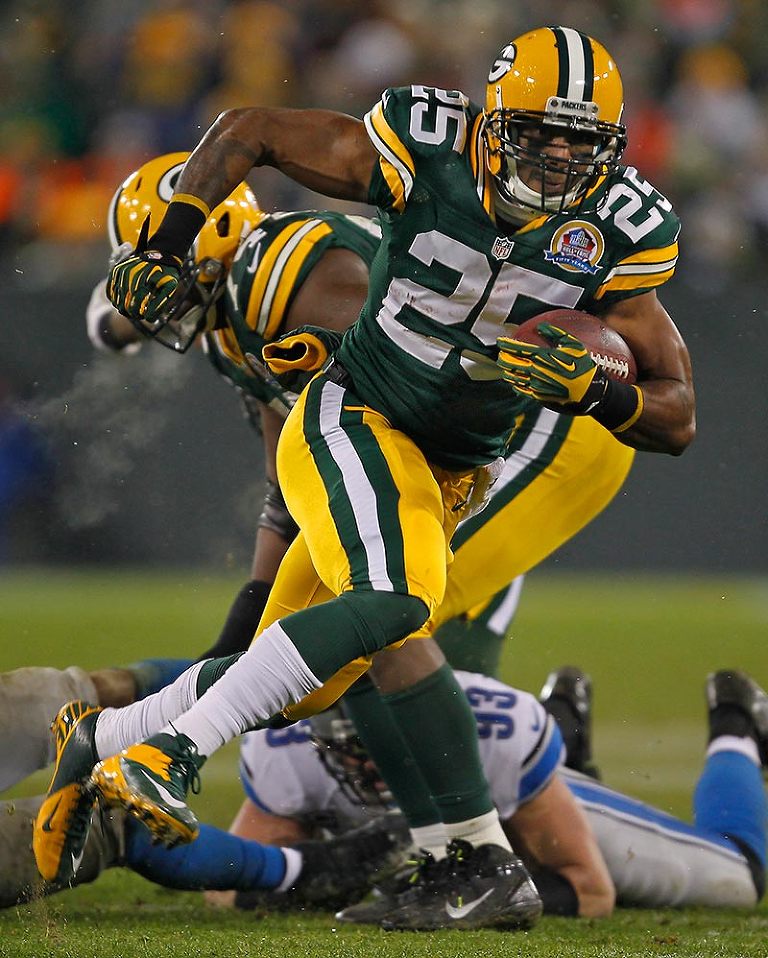 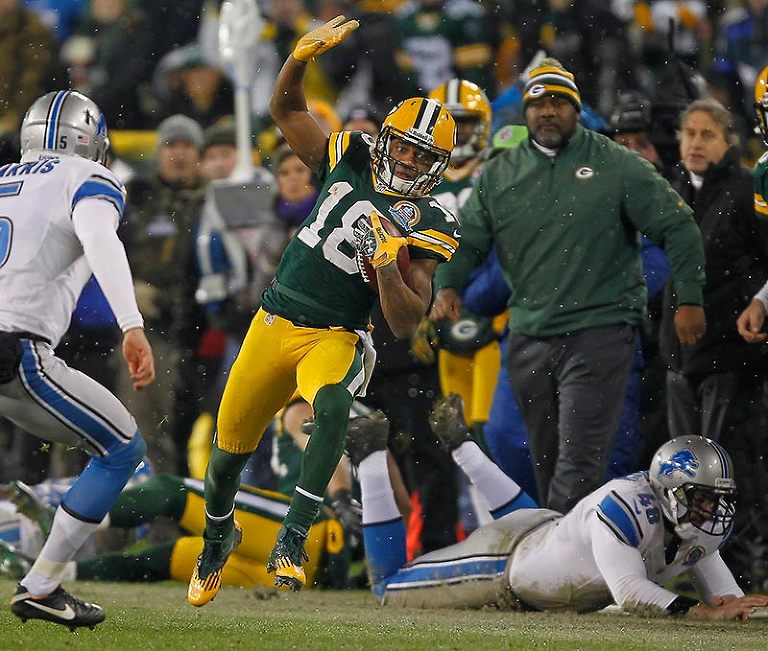 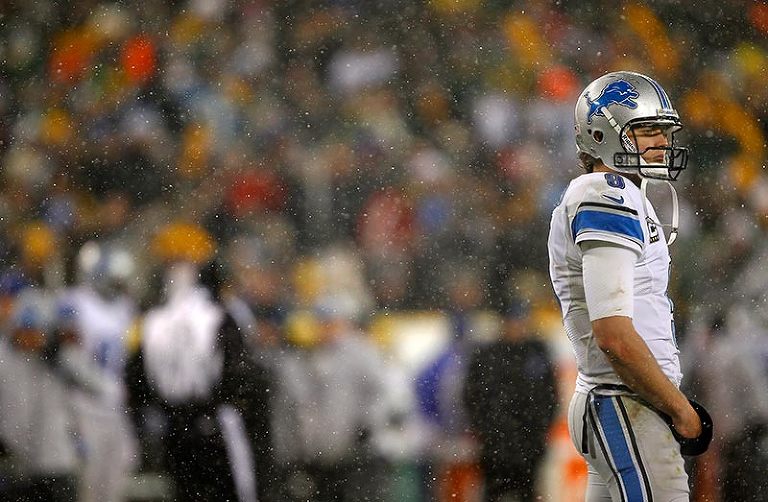 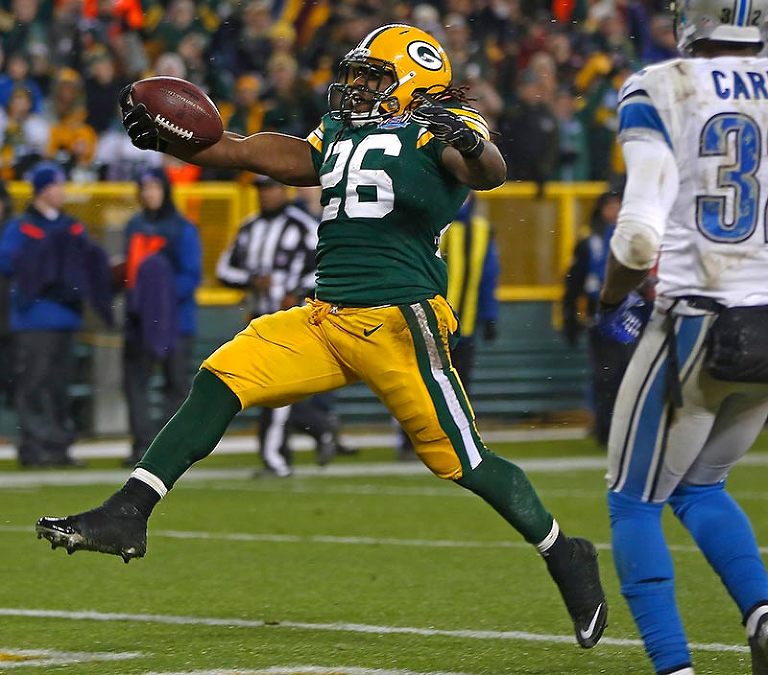 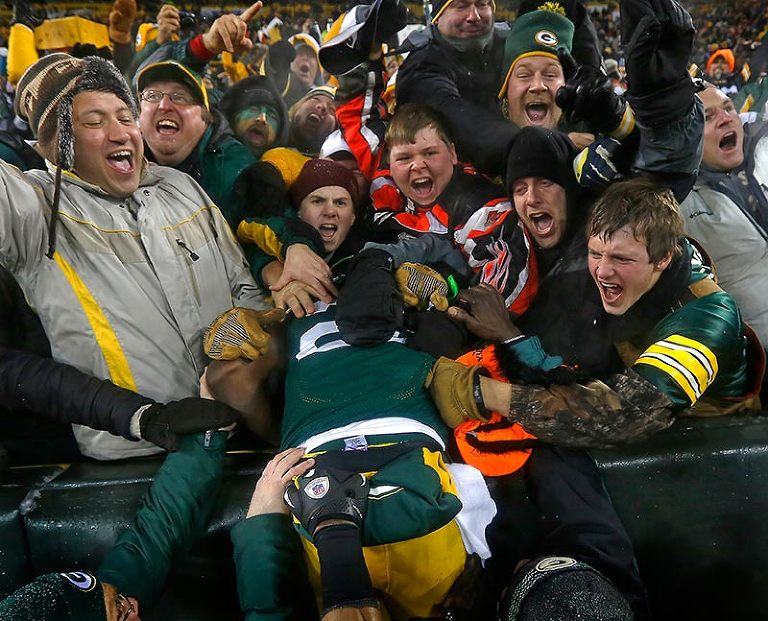 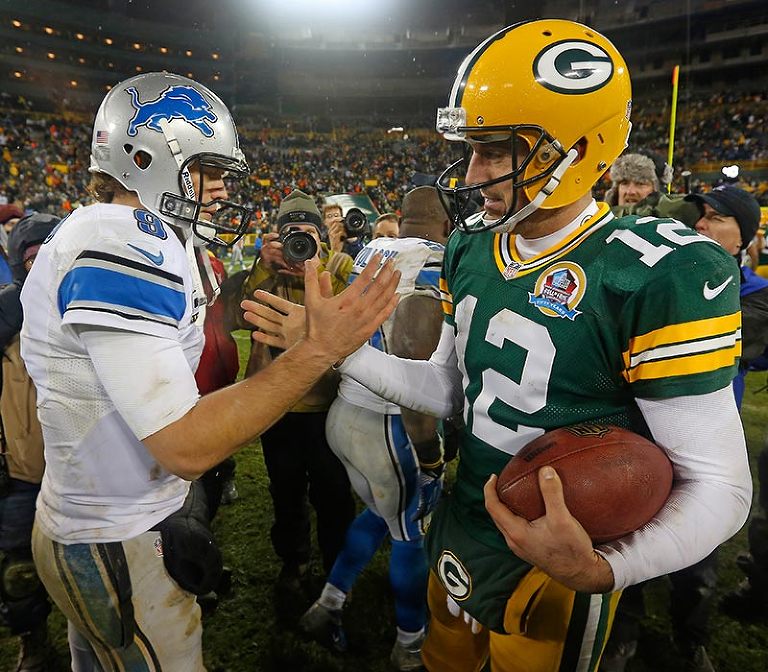 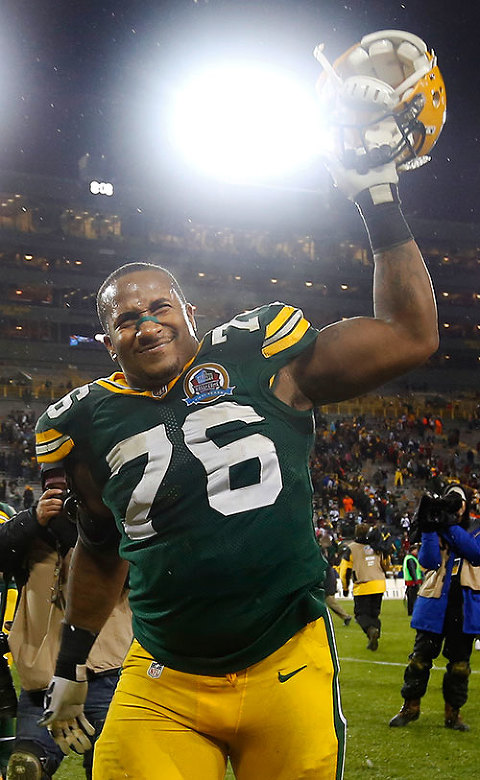 Green Bay Packers defensive end Mike Daniels raises his helmet in celebration as he walks off the field. Daniels returned a Stafford fumble for a touchdown.