Being an editorial photographer covering NFL football games, it’s important to tell the entire story of the game.  For most NFL photographers, that story begins and ends on the field. But for me, the story begins with a photo or two of fans tailgating outside the stadium.  On Thursday October 2nd, I decided to start my story telling earlier than usual for a game at Lambeau Field in Green Bay, Wisconsin.  I arrived at the stadium about five hours before kickoff – way before they would even let fans into the parking lot to begin their pre-game rituals.  I found a couple of fun features -one a dummy hanging out of the sunroof of a car waiting to get in to the parking lot – and while shooting that photo, I used a little vision and a car side mirror to show how a couple of Packers fans relax while waiting.

Another important part of the story on Thursday night was that it was the first NFL football game in October, so the first game that players, coaches, officials, and fans, etc. would be wearing pink to bring awareness to breast cancer.  Often these photos aren’t exciting to take, but they are important, so I tried to use a little vision to make them more interesting.

The game ended up being a blowout 42-10 win for the Green Packers over the Minnesota Vikings on a damp night at Lambeau Field.  I geared myself up as best I could for the forecasted rain, but I wasn’t excited about shooting a game where I needed to focus on keeping my gear dry.  We did get some heavy rain to start the game, but by the beginning of the second quarter, the rain moved on and I was able to shed my camera covers.

I was happy that I got some decent shots of most of the key moments of the game.  As with any sporting event, you always second guess yourself.  I wasn’t real happy with the photos I got of Packers Jordy Nelson’s 66 yard touchdown.  I got a shot of the catch, but he is all alone and the photo gives no context of his proximity to the other players.  On the other hand, I was pleased with the photos I got of Julius Pepper’s touchdown run after making an interception. He was heading to the end zone opposite of my position, but the side view I was able to get early in his run ended up being a nice shot.

Here are some of my favorite photos from the day and early afternoon. 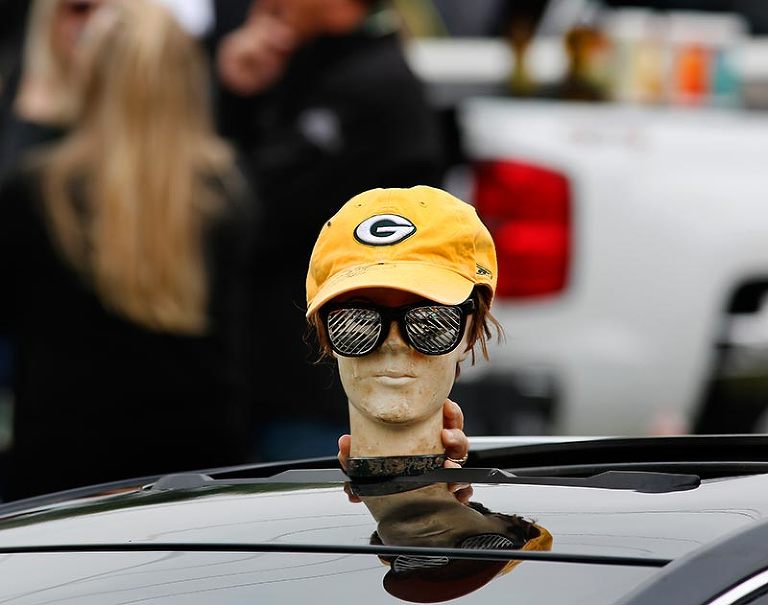 Not all Green Bay Packers fans are dummies.

A “smokin” Green Bay Packers fan waits in her car. 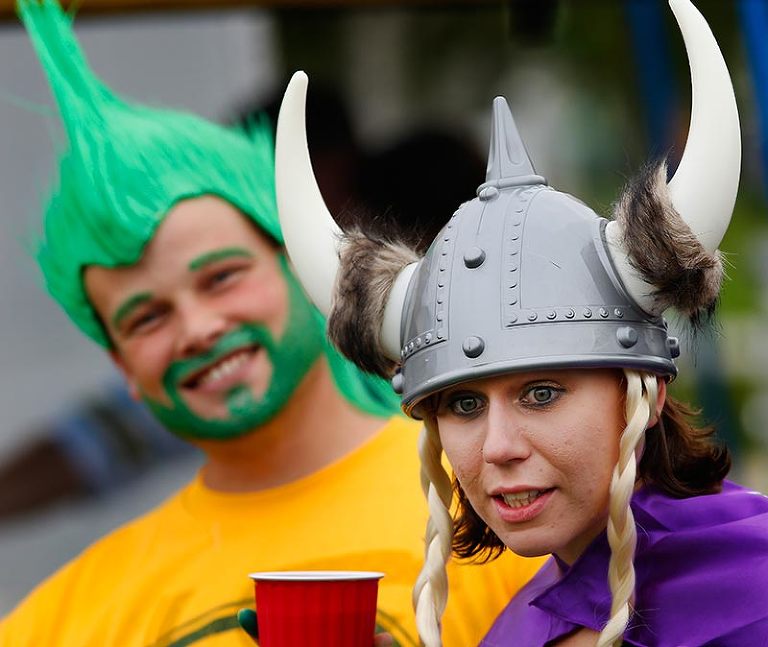 It’s important to stay hydrated at a Packers game. 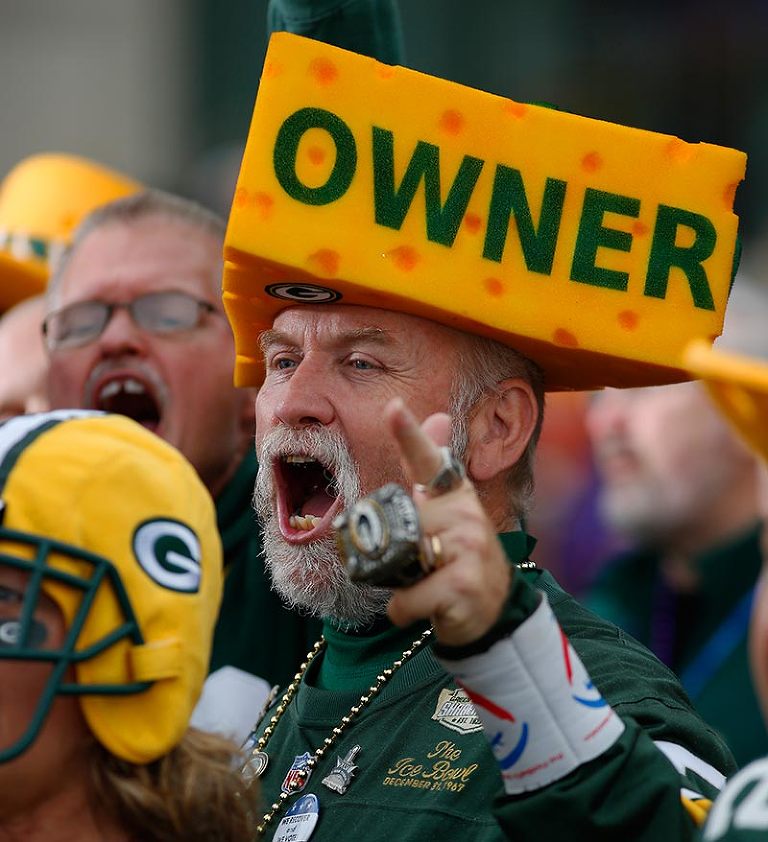 An NFL owner with his Super Bowl ring cheers while tailgating. 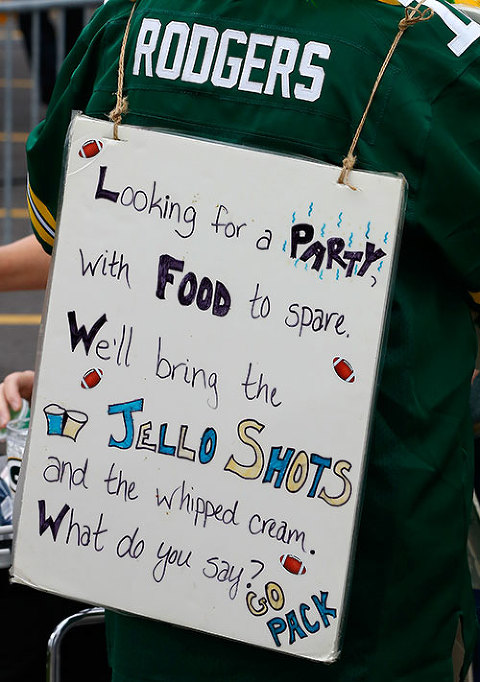 Not actually Aaron Rodgers just someone wearing his jersey. 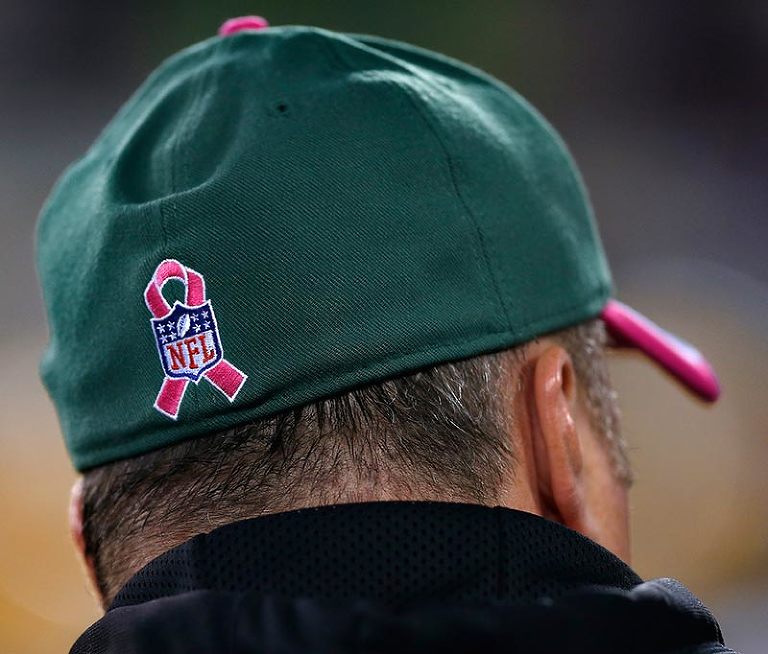 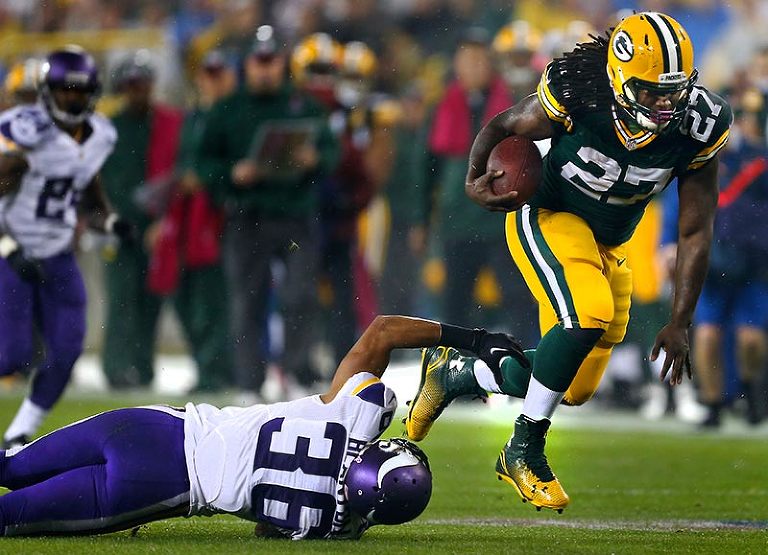 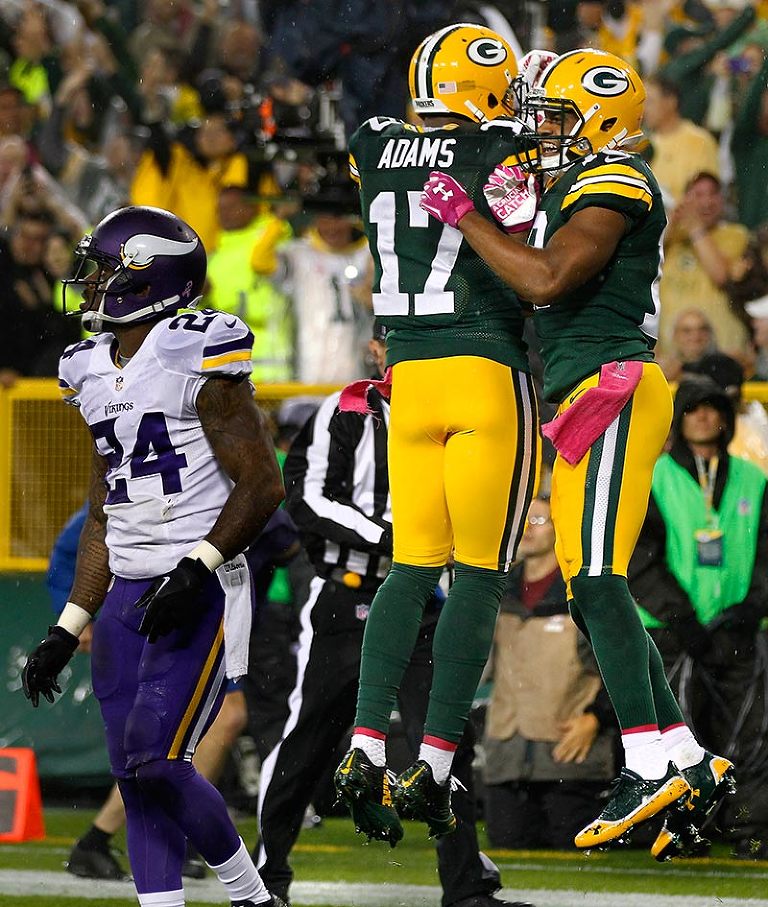 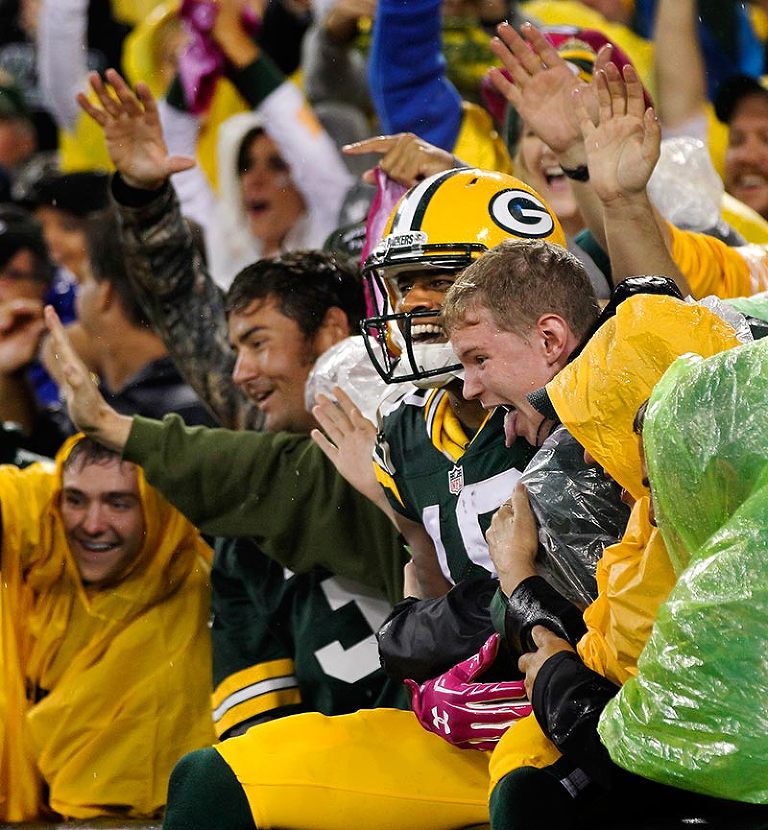 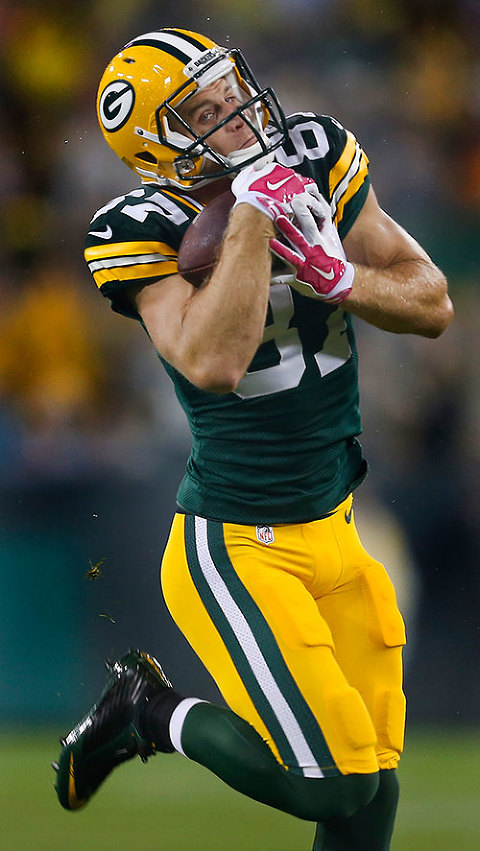 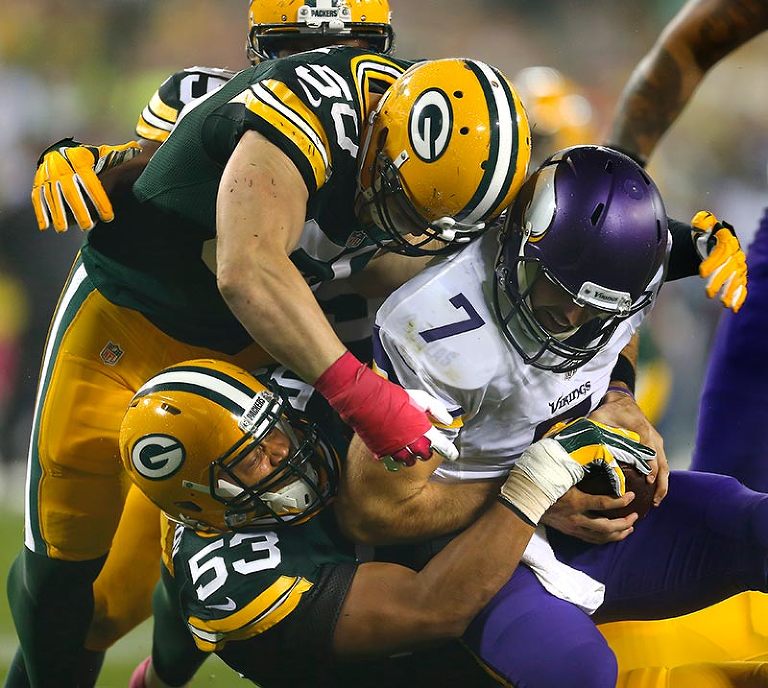 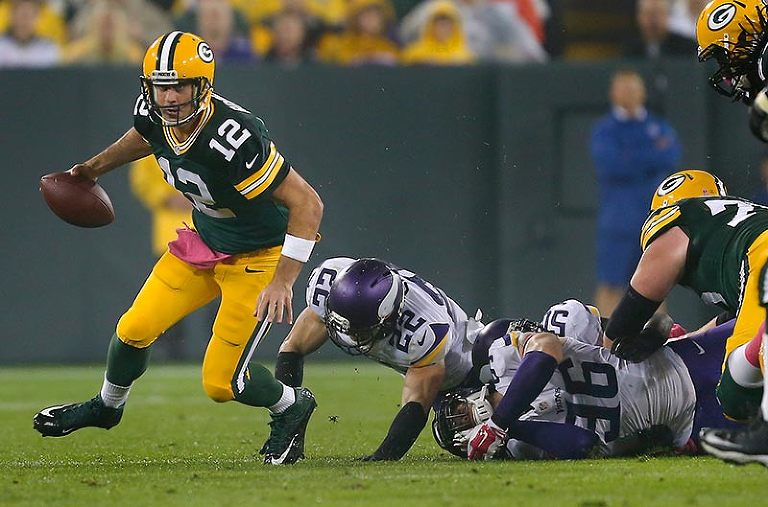 Green Bay Packers quarterback Aaron Rodgers gets away from the Minnesota Vikings defense. 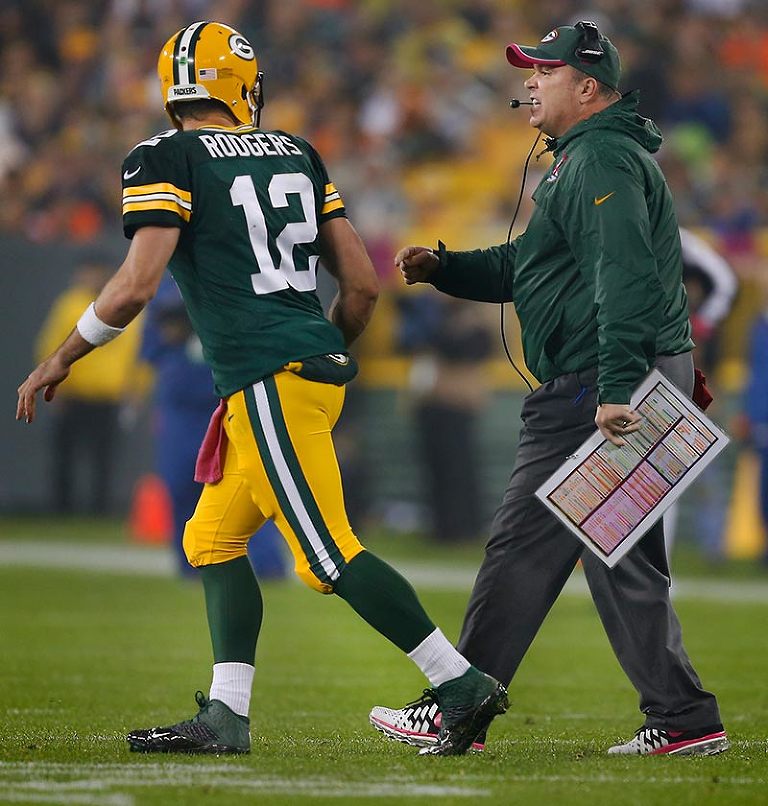 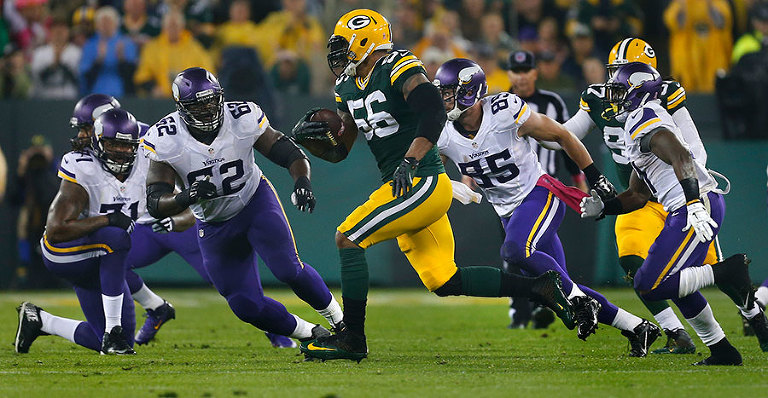 Green Bay Packers outside linebacker Julius Peppers returns an interception for a touchdown. 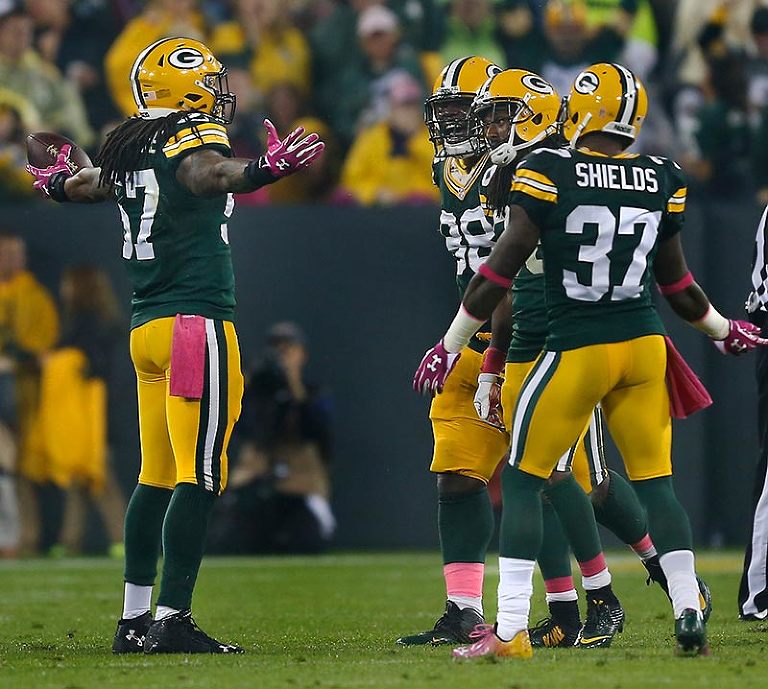 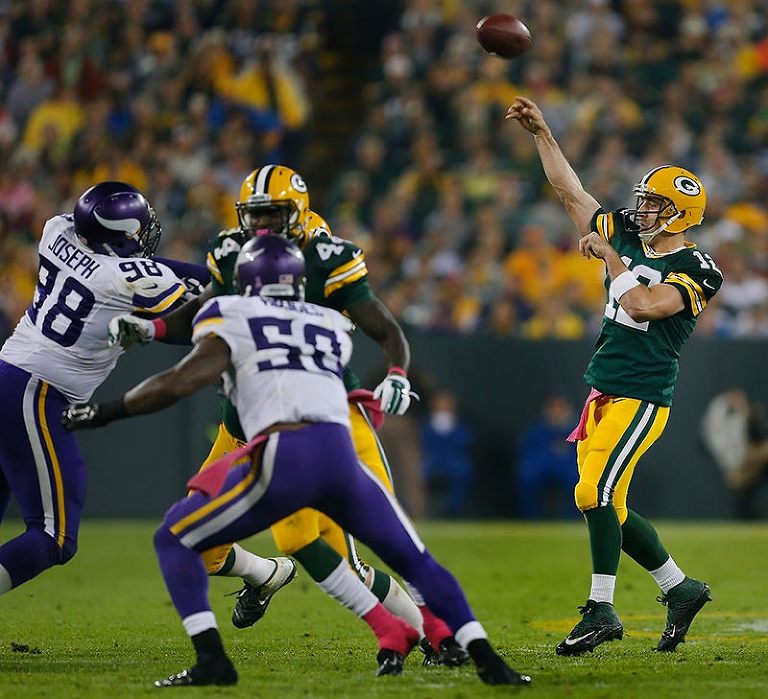 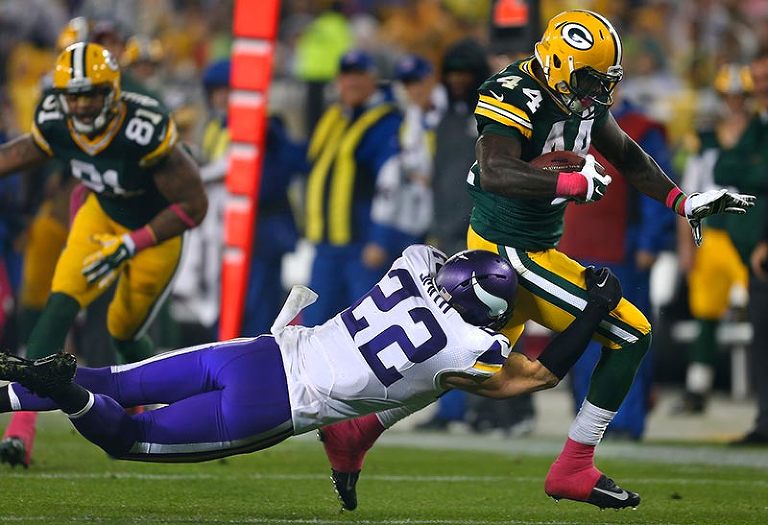 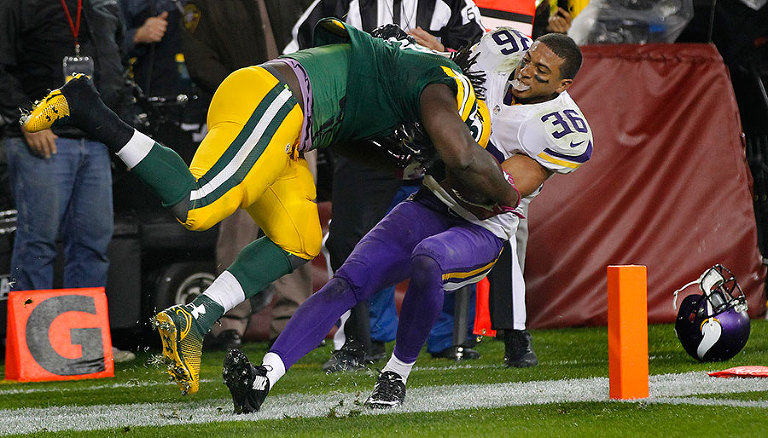 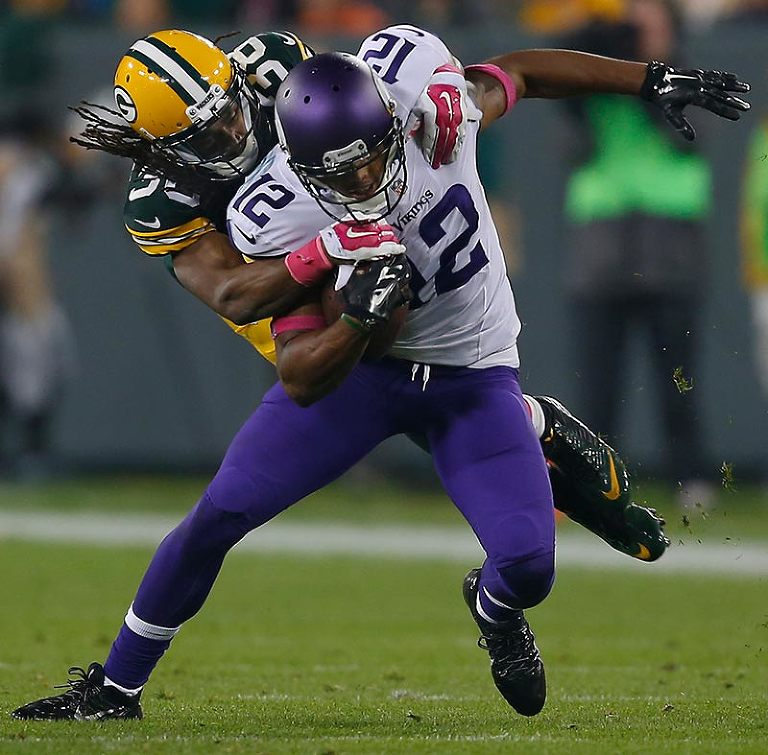 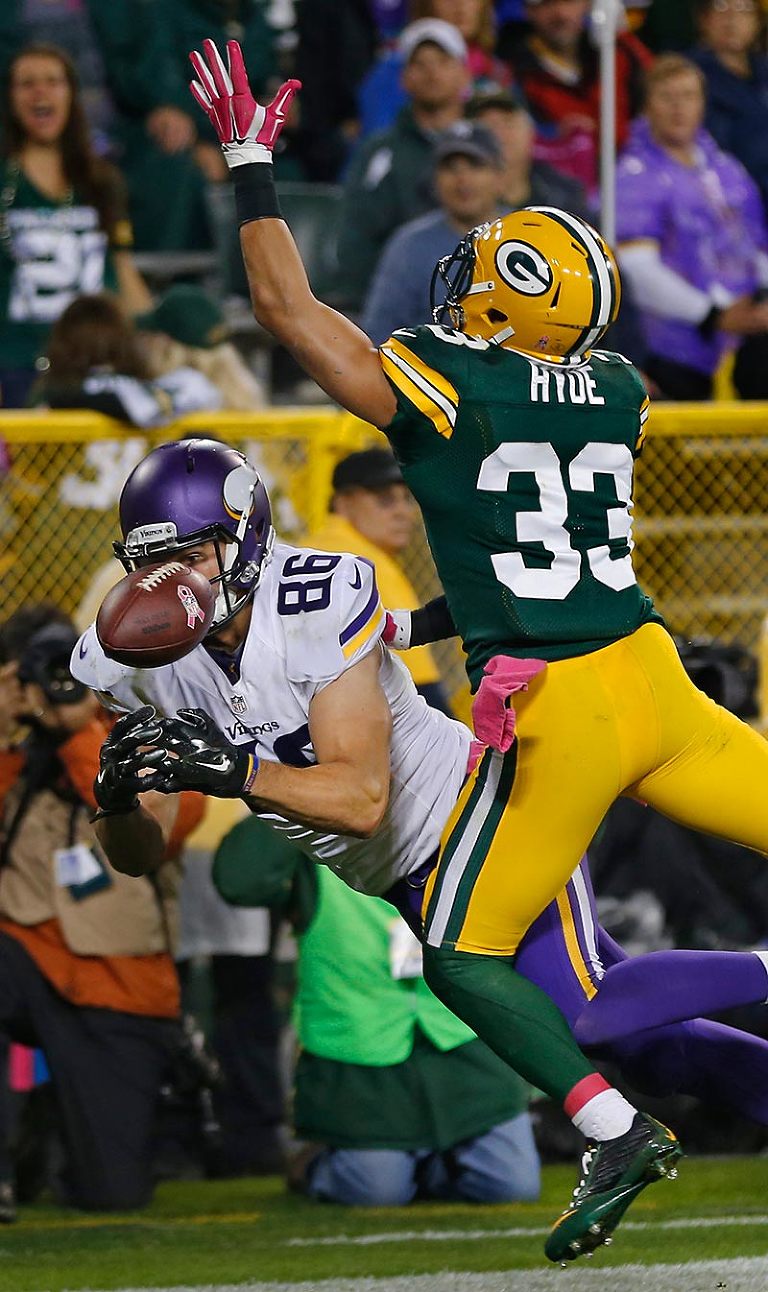 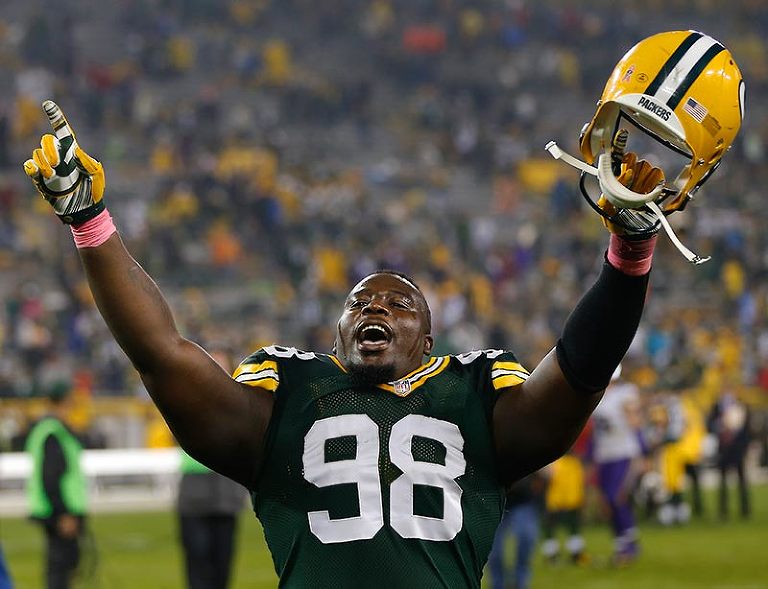 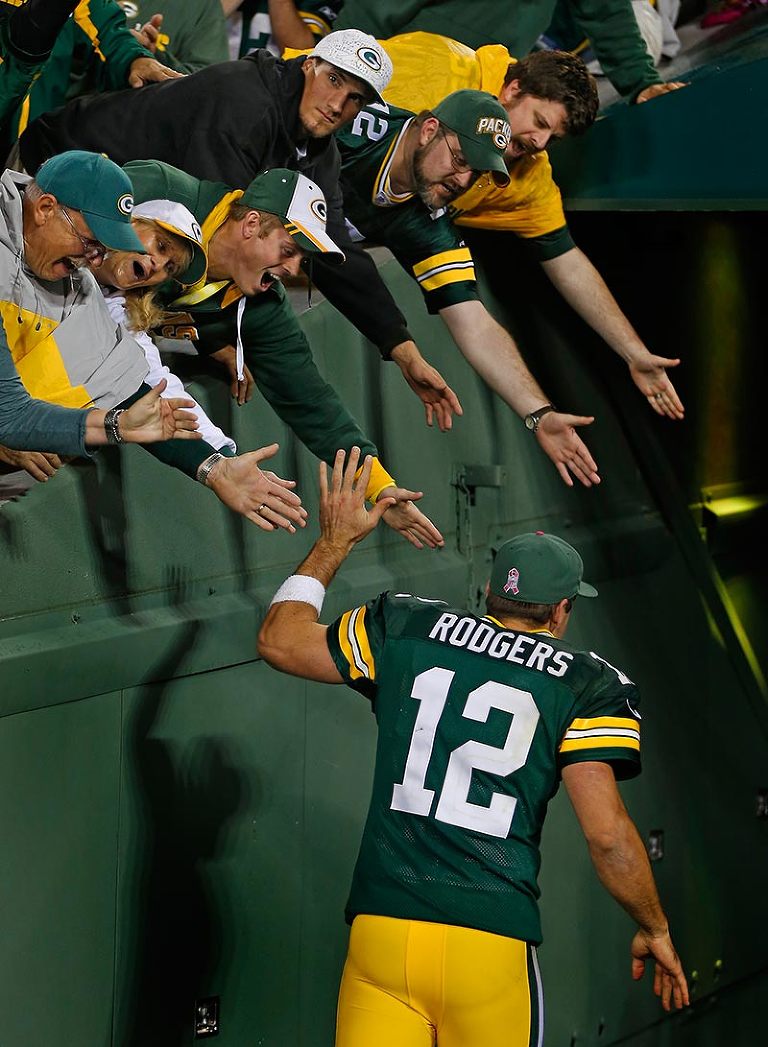