Here are some of my favorite sports photos from the Green Bay Packers vs New Orleans Saints NFL football game that I shot at Lambeau Field on Sunday September 30, 2012 in Green Bay, Wisconsin.  The Packers defeated the Saints 27-28 to go 2-2 on the first half of the season.  One of the story lines of the games was the NFL referees being back after the lockout with the NFL ended shortly after the Packers lost to the Seattle Seahawks on Monday night in a game that ended with a very controversial call by the replacements referees.  If you ask a Packers fan the regular referees didn’t do all that great of job during this game.  After a few of the call I was planning how I would cover the fan riot at the end of the game if the Packers lost.  Luckily the Packers won and life can go on.

Thanks for looking!
Mike 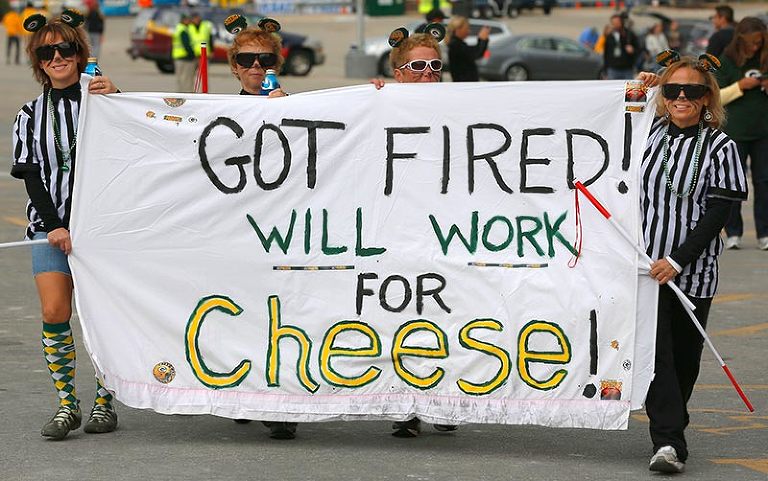 Green Bay Packers fans hold up a sign in reference to the NFL replacement referees. 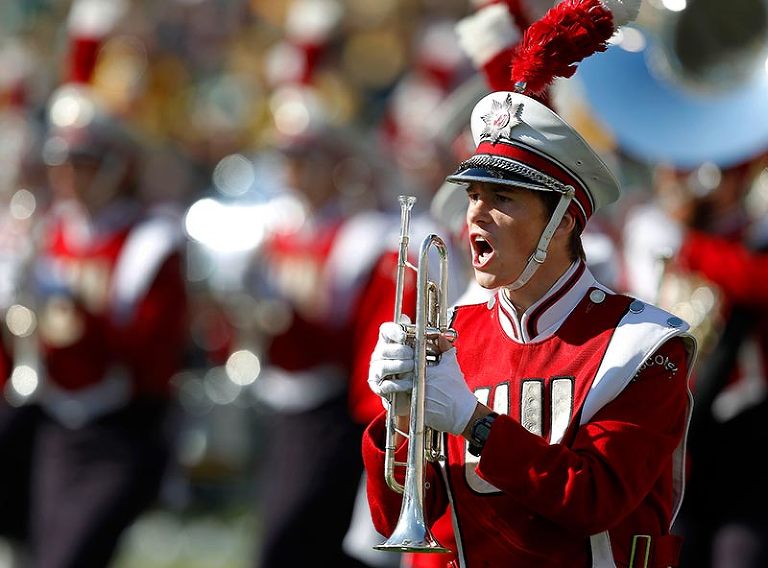 The University of Wisconsin marching band. 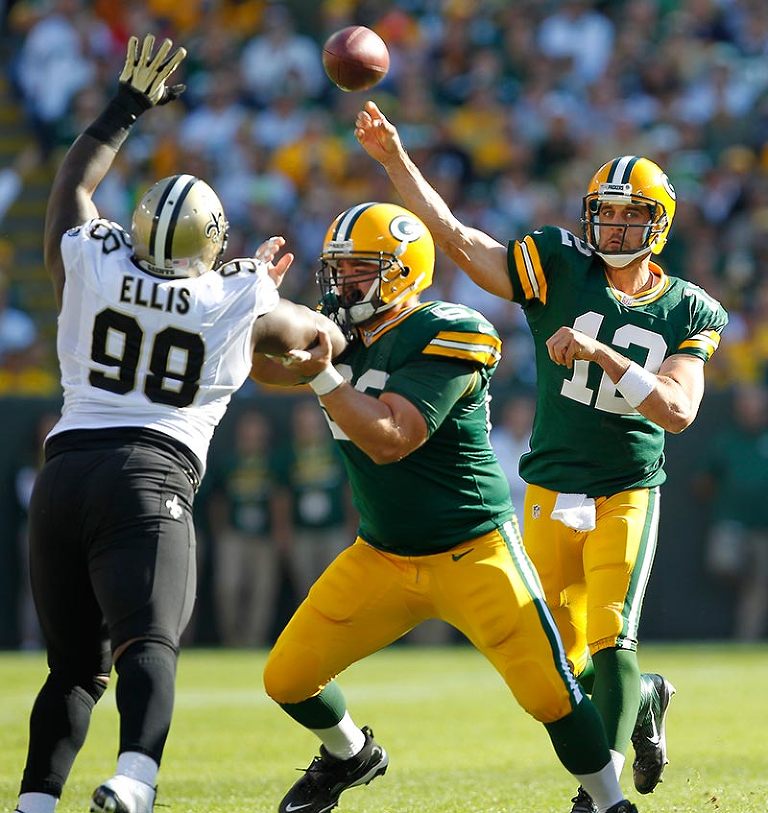 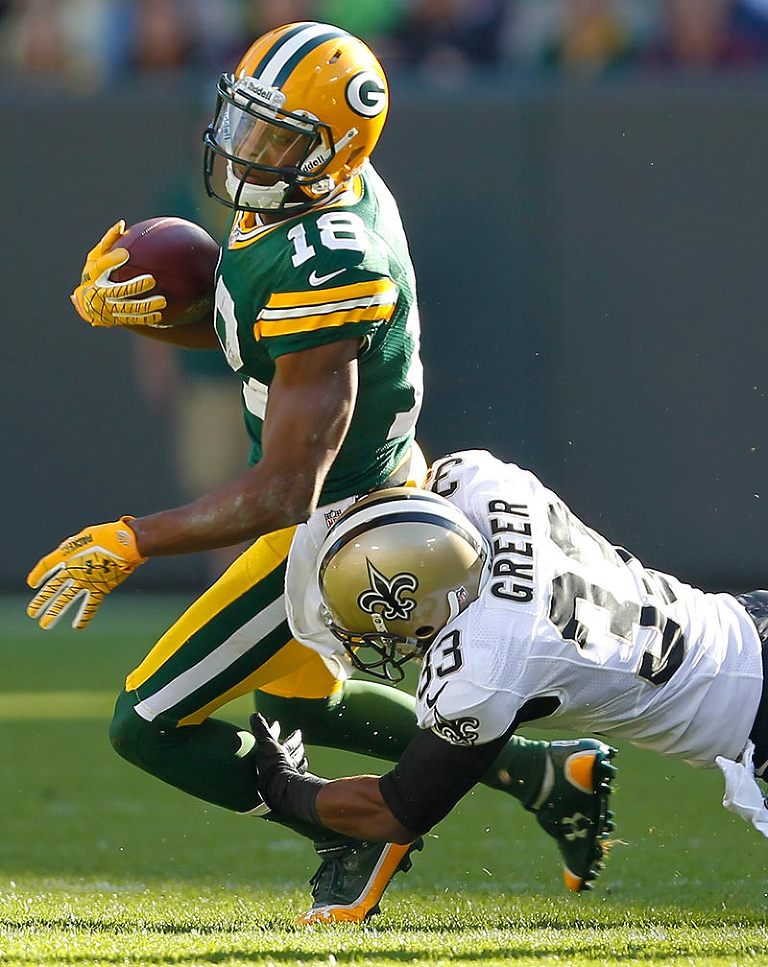 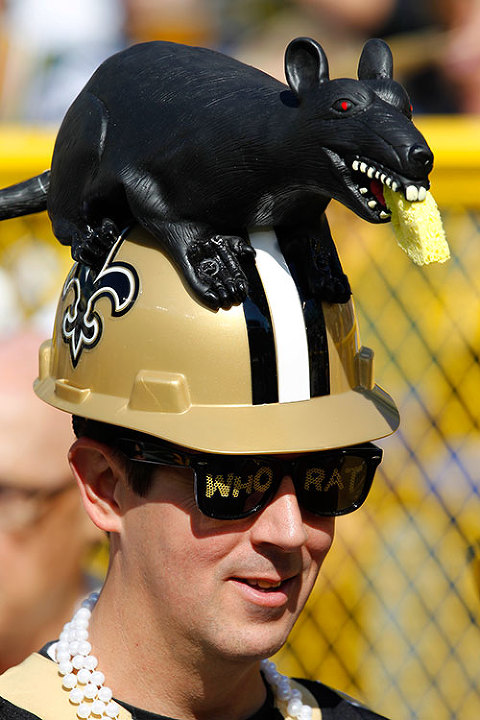 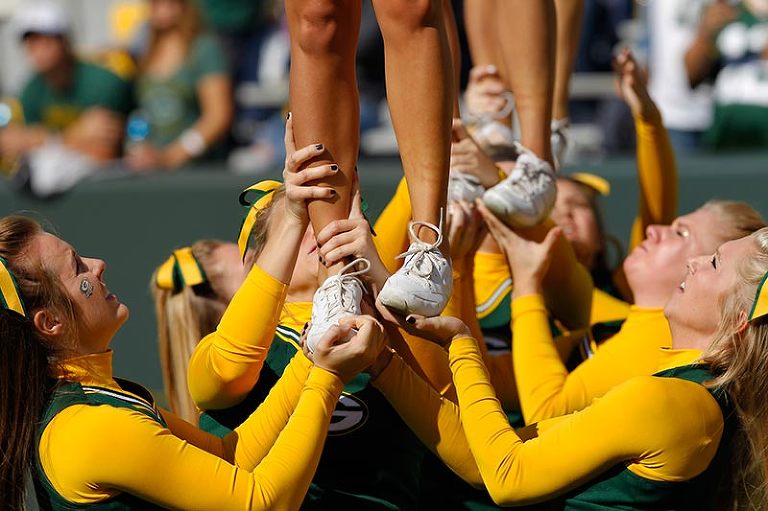 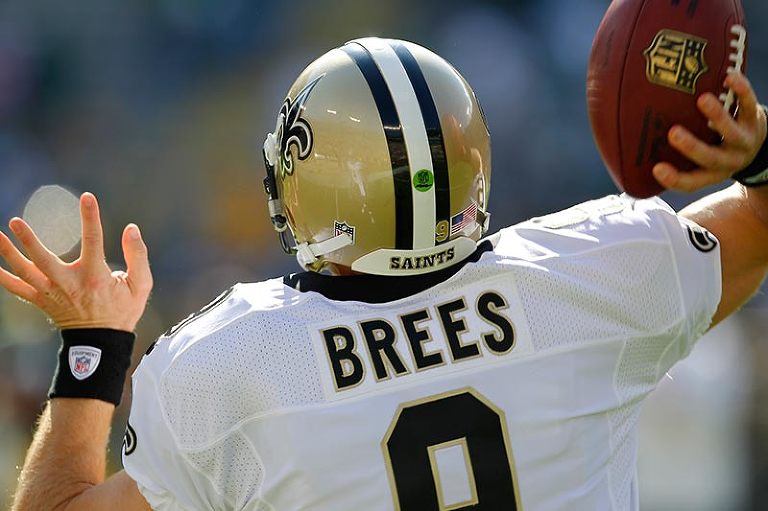 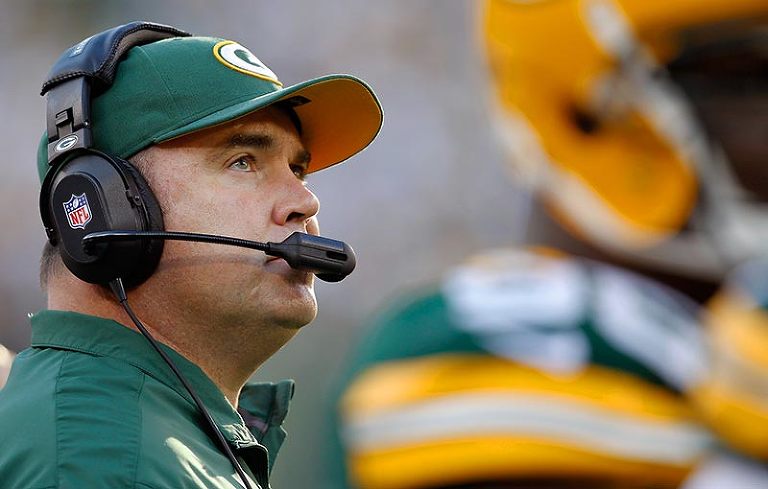 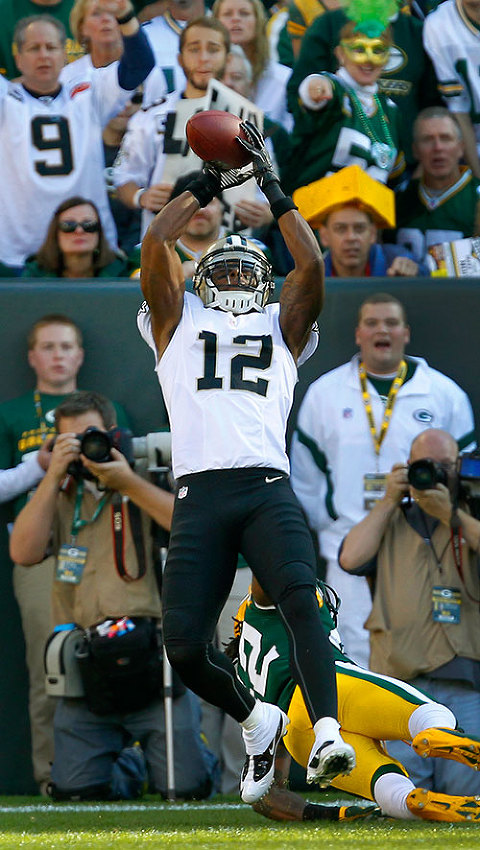 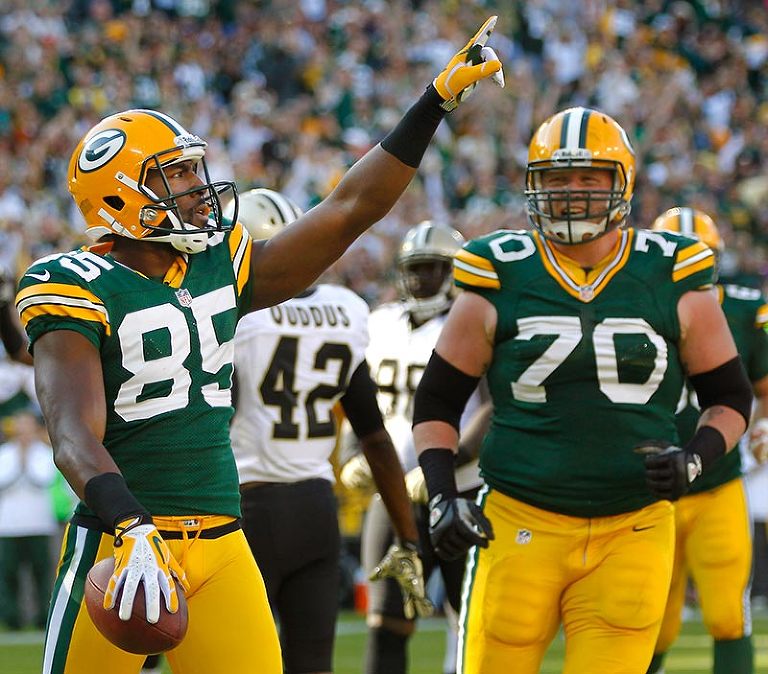 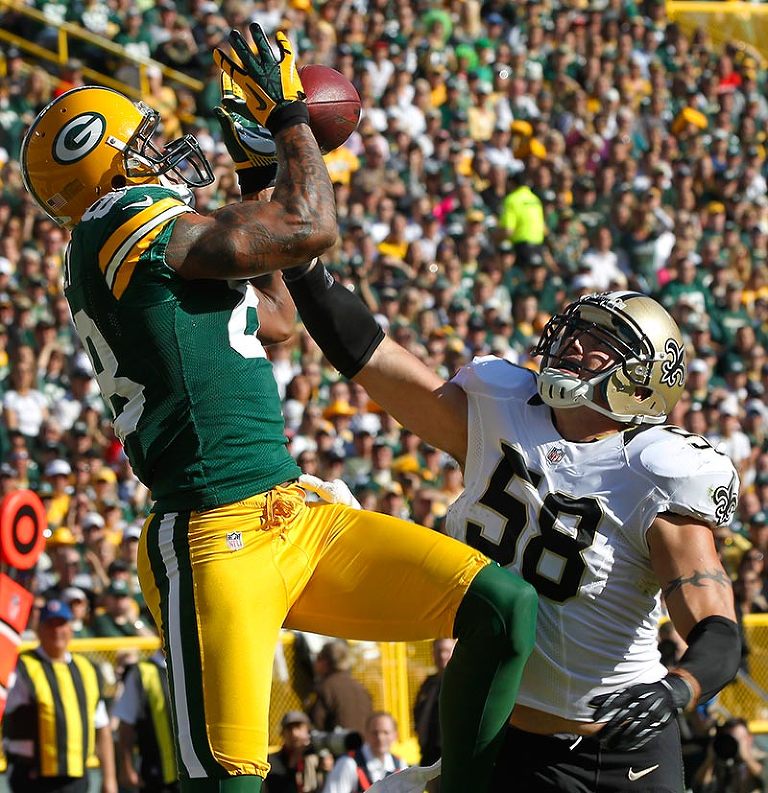 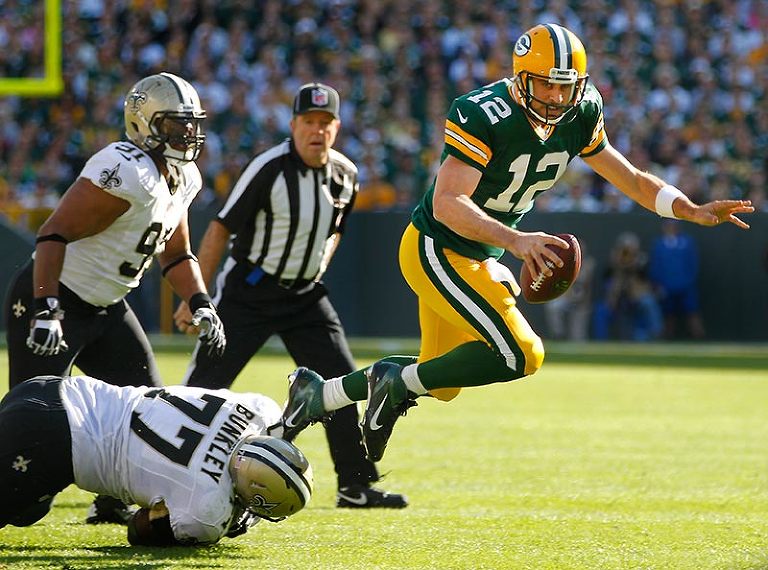 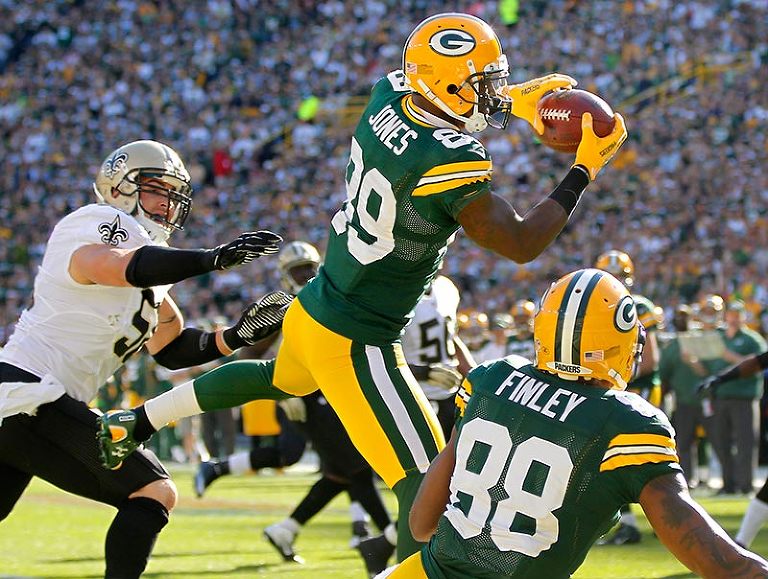 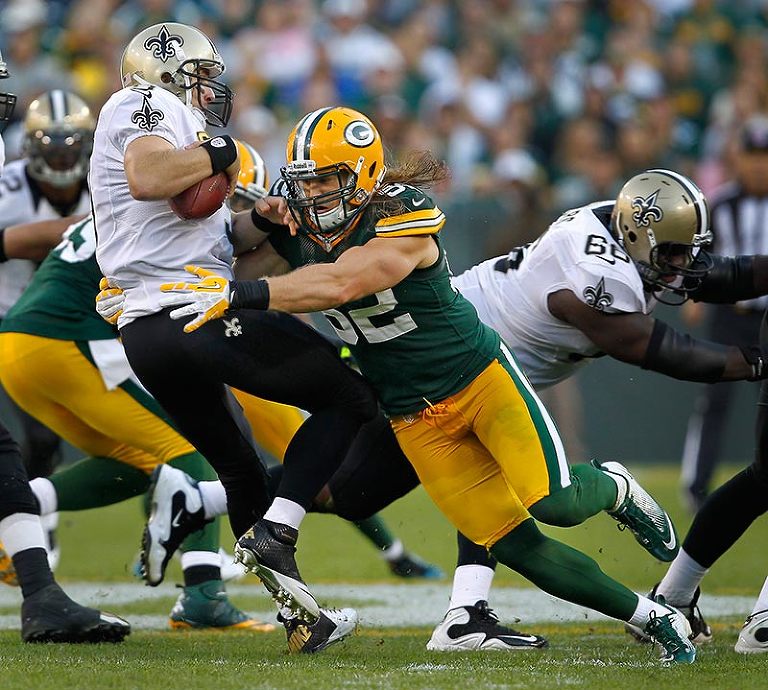 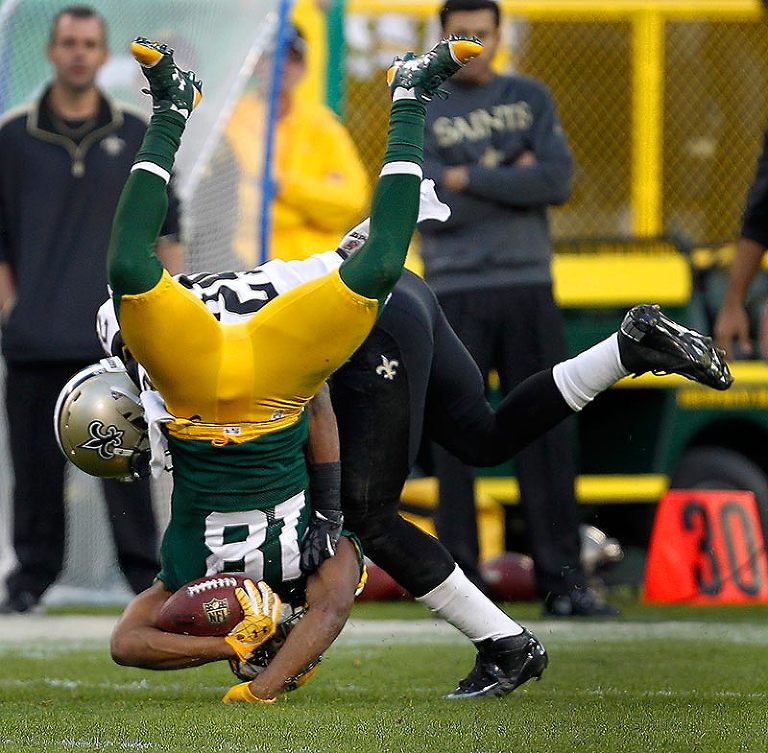 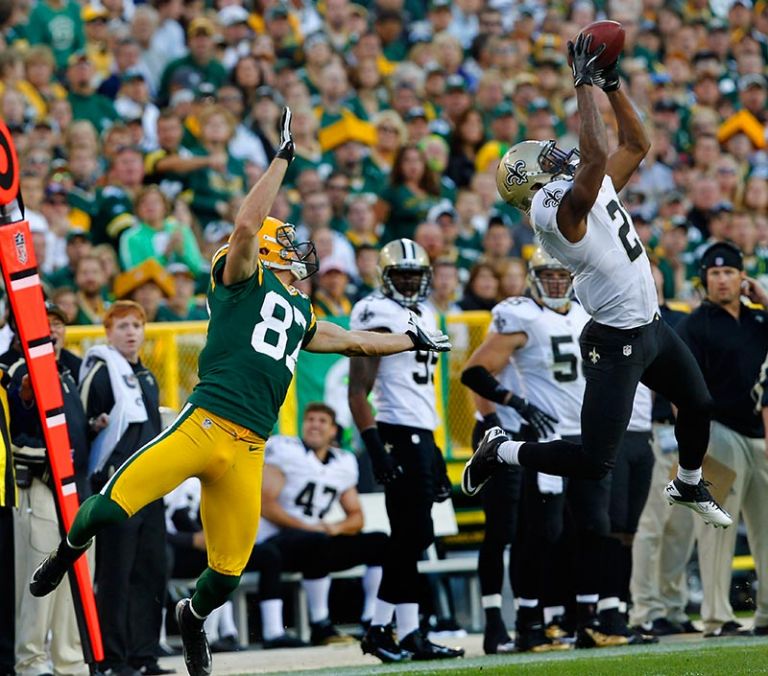 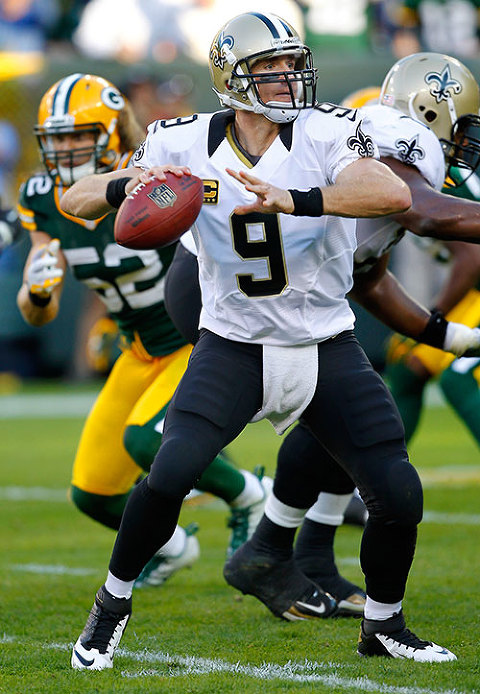 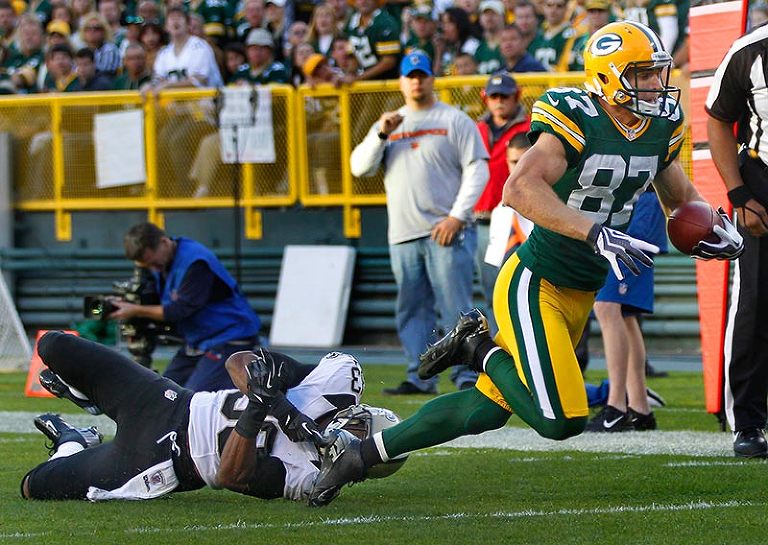 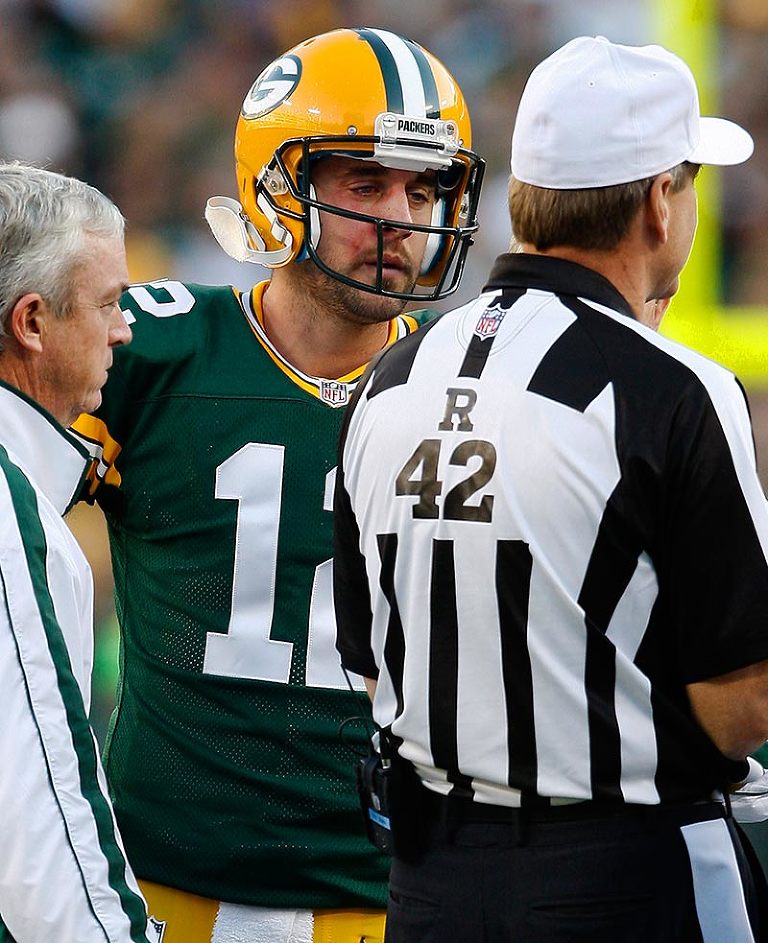 Green Bay Packers quarterback Aaron Rodgers talks with a referee after getting poked in the eye. 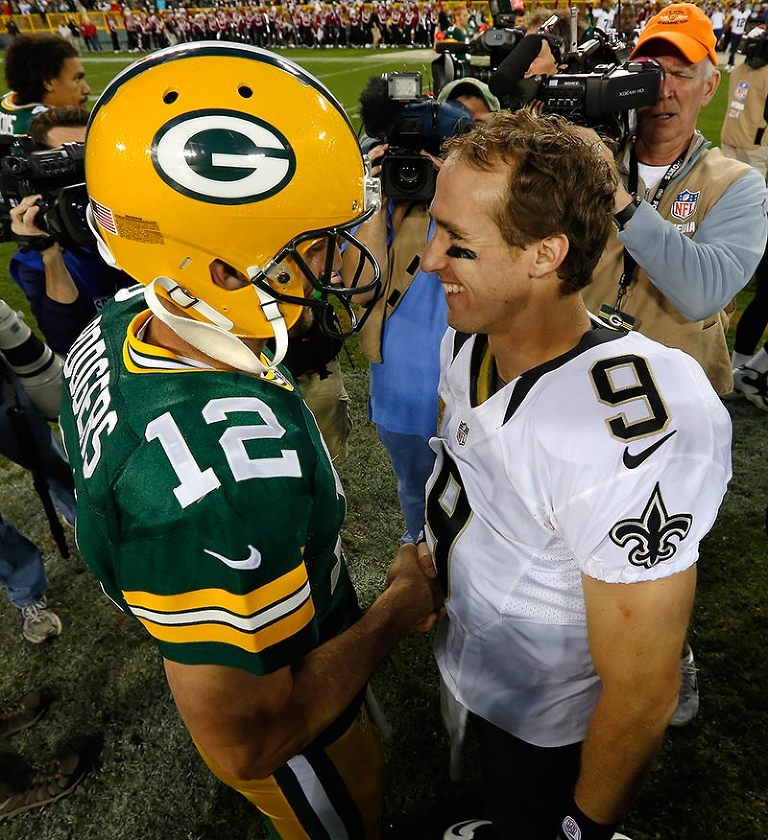