After a terrible start to the game and digging themselves in to 21-3 hole by midway through the second quarter, the Green Bay Packers were able to pull out a 31-24 win over the New York Jets at Lambeau Field in Green Bay, Wisconsin on Sunday September 14, 2014.  Packers wide receiver Jordy Nelson had a career day with 208 yards and one touchdown, capped with an 80 yard catch and run.  Here are some of my favorite photos to tell the story of the game.Thanks for looking!Mike 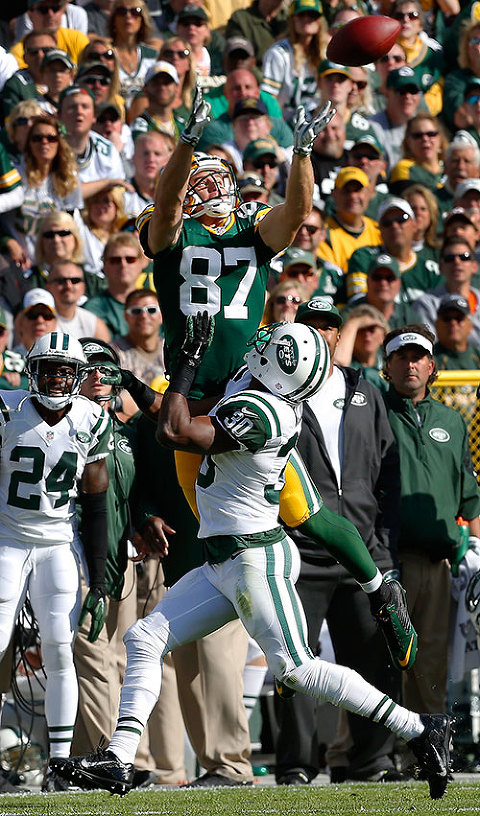 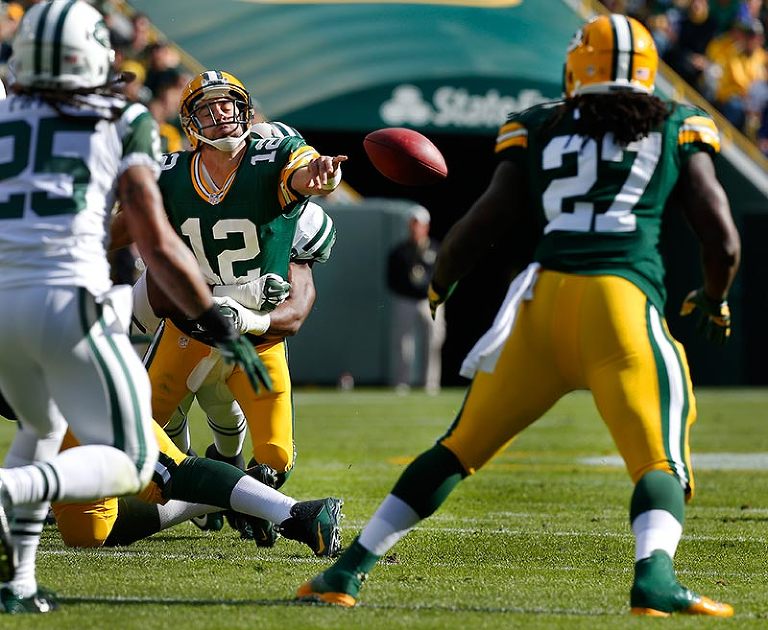 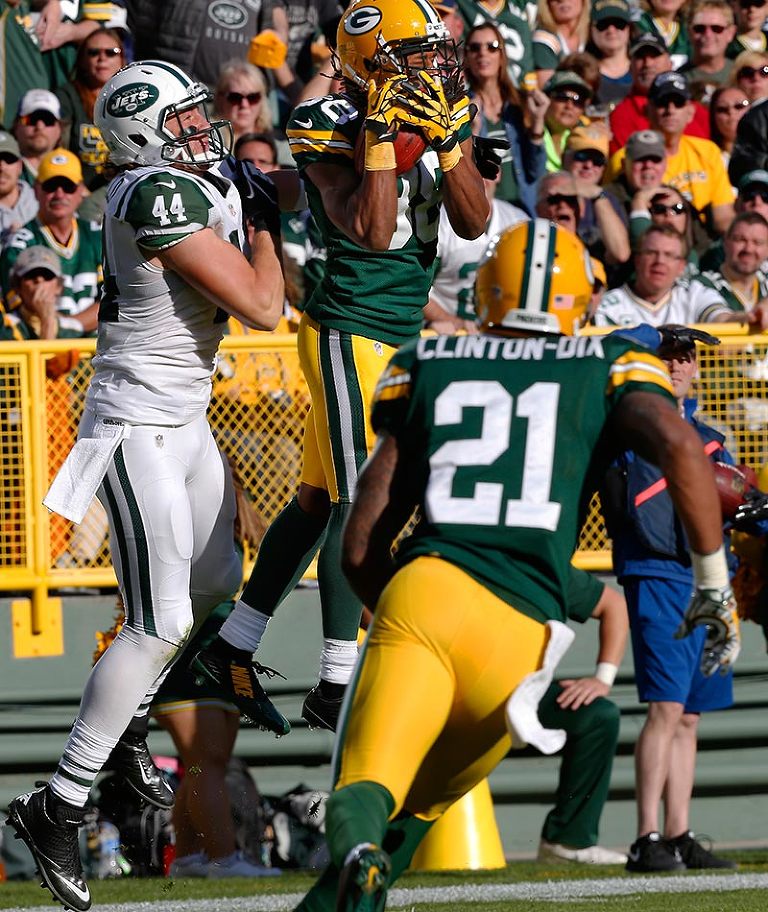 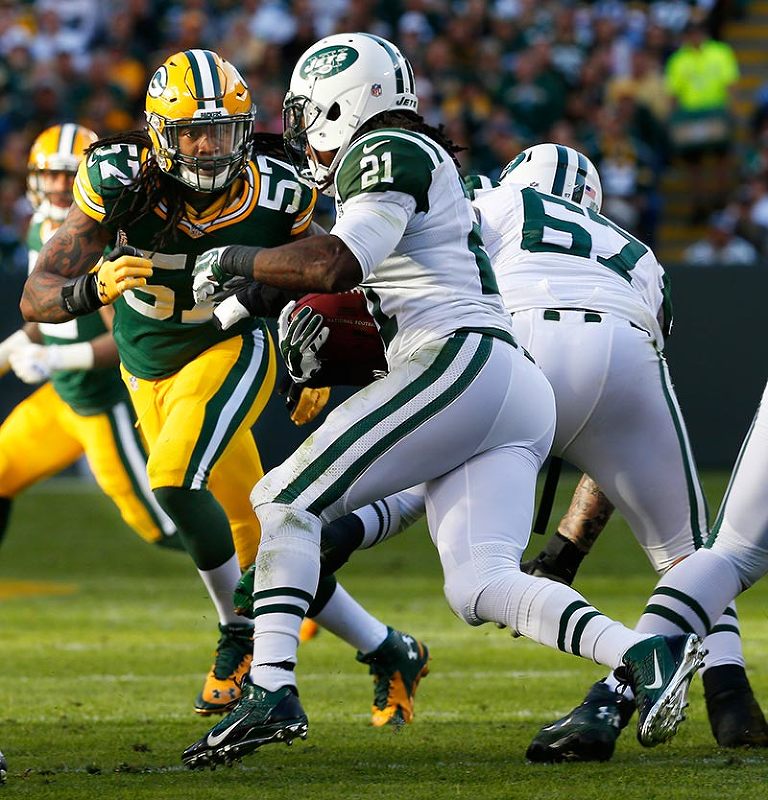 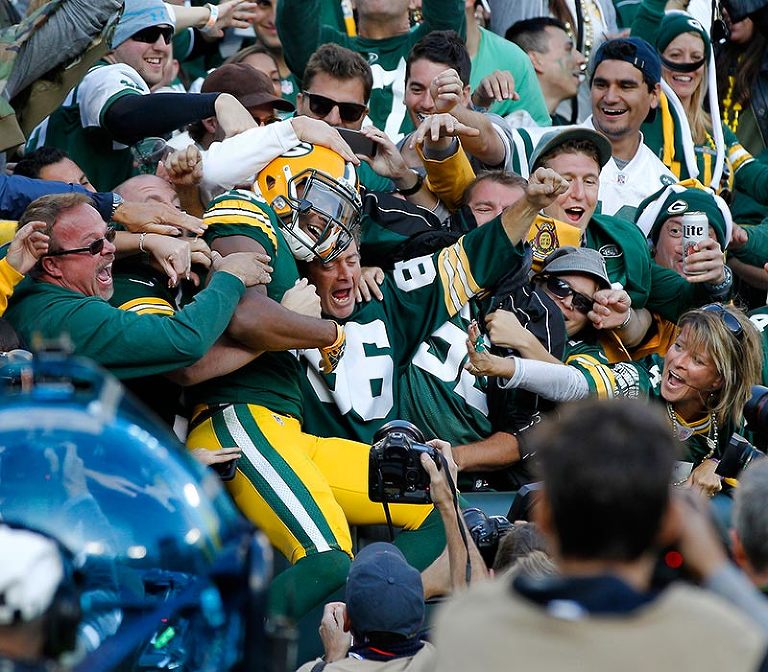 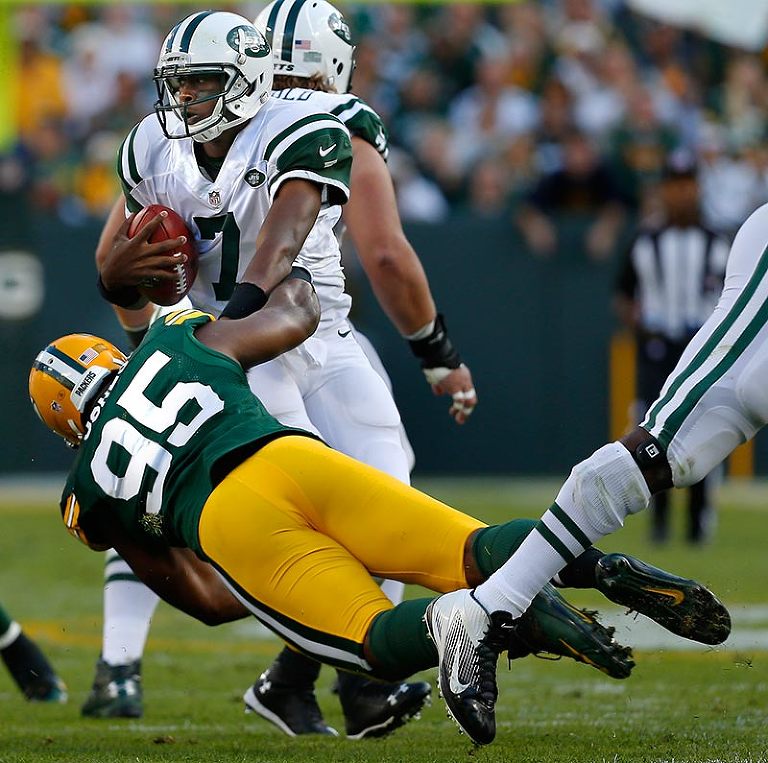 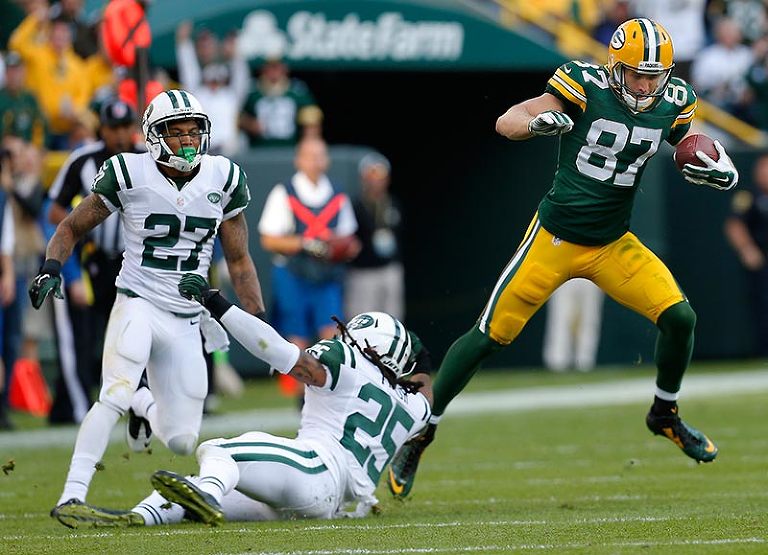 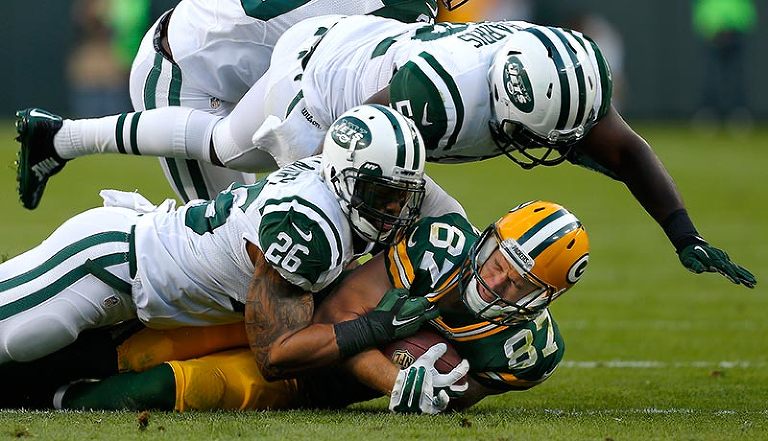 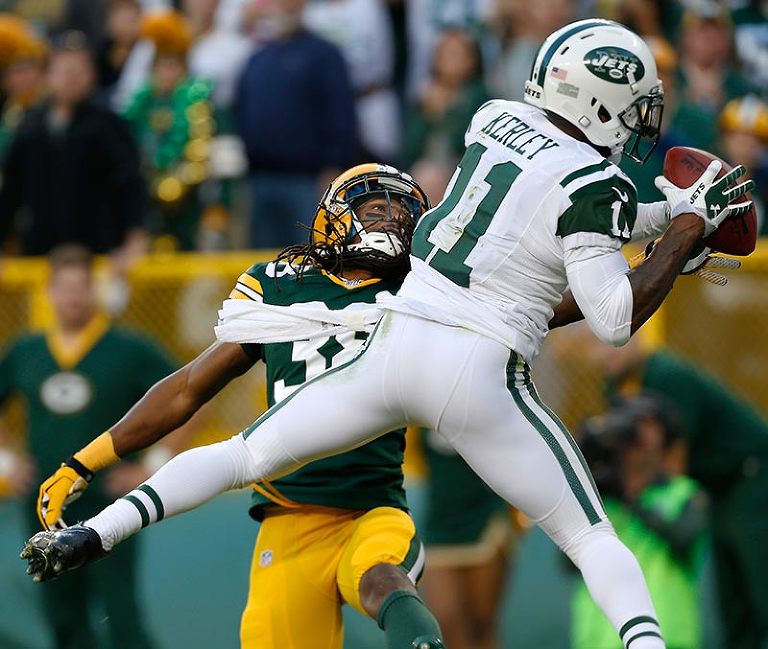 Green Bay Packers cornerback Tramon Williams tries to defend a touchdown pass to New York Jets wide receiver Jeremy Kerley. The play was called back due to the Jets calling a timeout before ball was snapped. 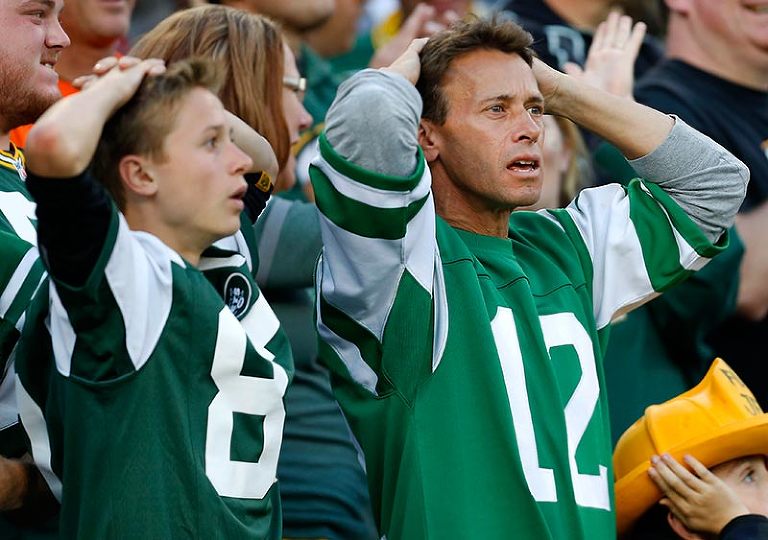 Jets fans react with disbelief after a touchdown pass that would have tied the game was called back. 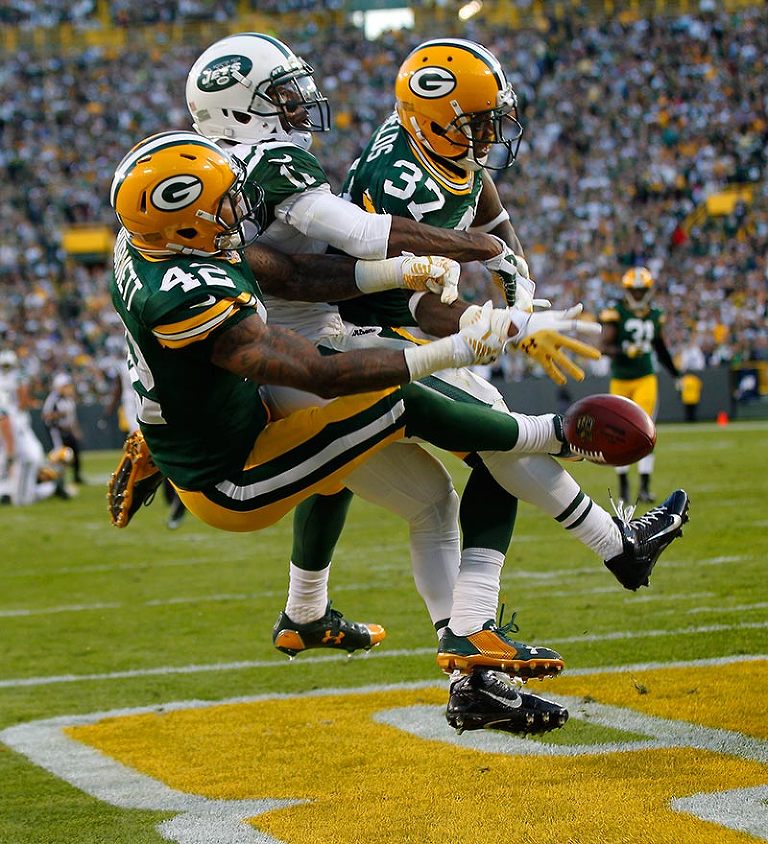 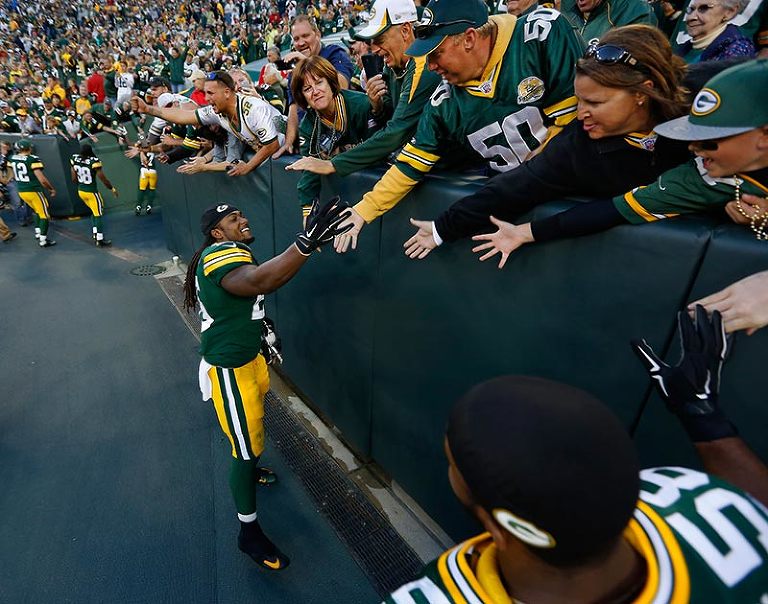 Green Bay Packers running back DuJuan Harris shakes hands with fans as he walks off the field after the Packers win.