Tuesday, January 7, 2014
As I prepared my Smartwool, Gortex, Thinsulate, Polar Tech, wind stopper, fleece and my foot warmers, hand warmers and body warmers for Sunday’s Green Bay Packers NFL playoff game at Lambeau Field against the San Francisco 49ers, I couldn’t help but think about the stories my dad has told me about photographing the famous Ice Bowl between the Packers and the Dallas Cowboys in 1967.  The temp that day was −15 °F and has bragging rights as the coldest NFL game ever.  If Sunday’s game had happened 24 hours later it would have taken over as the coldest game ever, but sadly the temps rose to the middle single digits for game time.  The wind that I had feared never really happened.  After shooting parking lot features, player warmups and the actual game, I was outside for close to five hours and came through the event unscathed.  I only had to swap out one of my camera batteries and with today’s digital cameras, I didn’t have to worry about film breaking from the cold like they did at the Ice Bowl or the static electricity throwing sparks on the film as it transported through the cameras.  My dad along with John Biever had one of the only shots of Bart Starr going over the goal line to win the Ice Bowl with a quarterback sneak.  He had tucked away a small Leica under his coat and kept it warm for the end of the game.   With today’s advances in  camera and clothing technology, Sunday was a cake walk as far as cold weather photography goes.The Packers got knocked out of the playoffs when they lost the game 23-20 in the final seconds after the 49ers kicked a 33 yard field goal.  Even though the Packers made the playoff for the fifth year in a row, the 2013 season was a tough season for the team with the number of key players that were either knocked out for the season or sat out multiple games with injuries.  Here’s hoping we can keep our key players on the field in 2014 and make a deeper run into the playoffs.Thanks for looking!Mike Roemer 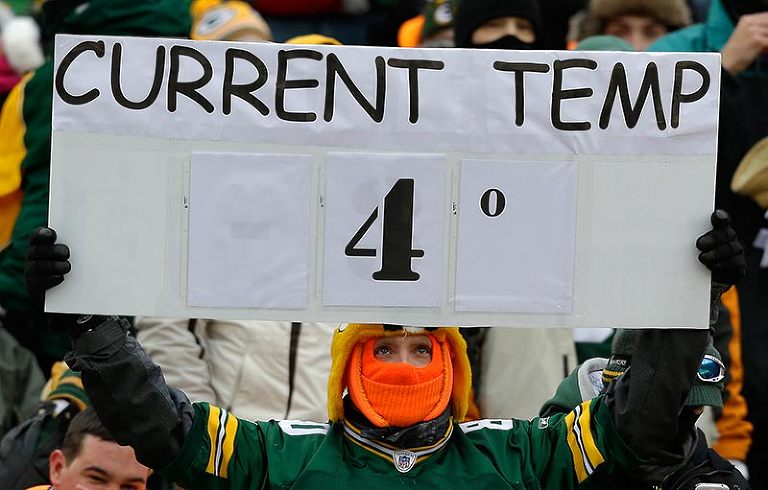 A Packers fan keeps tab on the temp as the game starts. 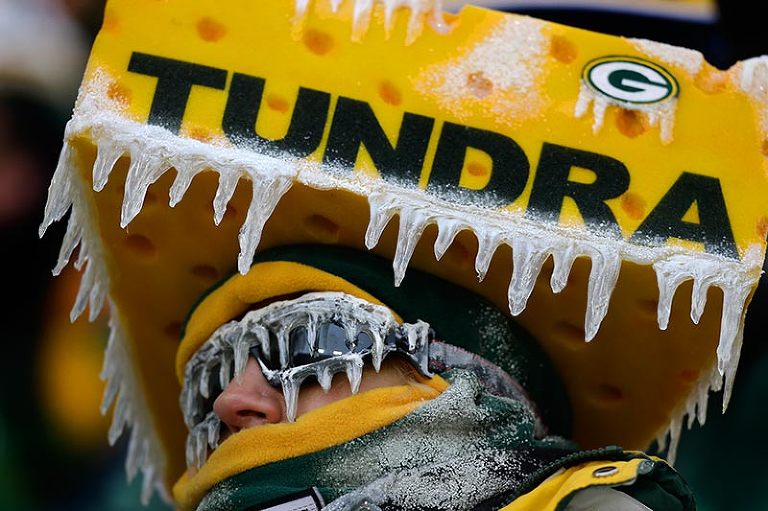 Packers fan Sandy Kahlow waits for the game to start. 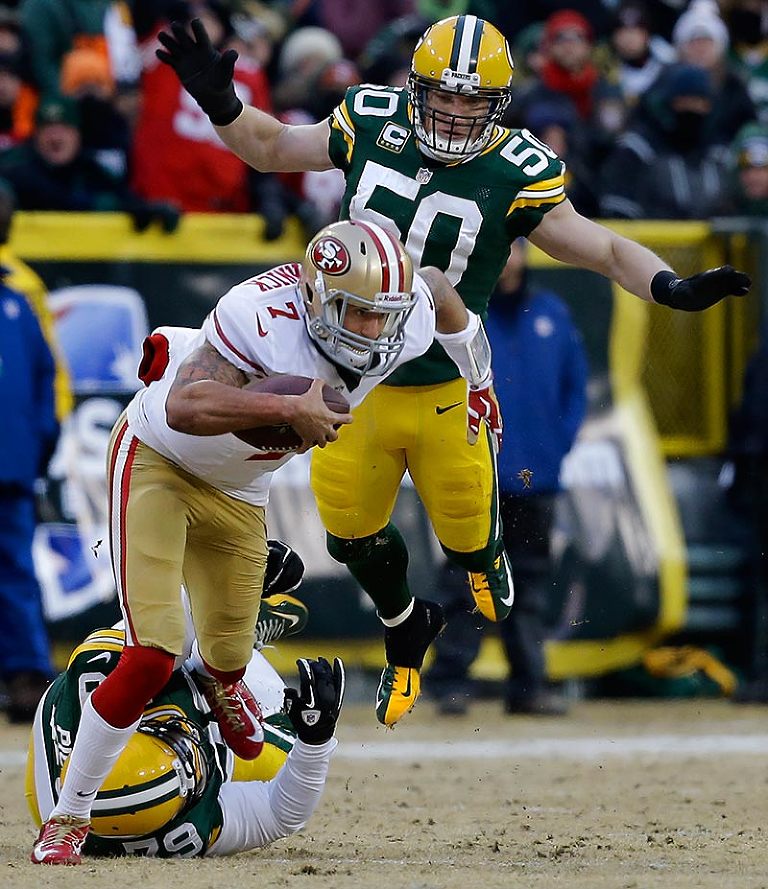 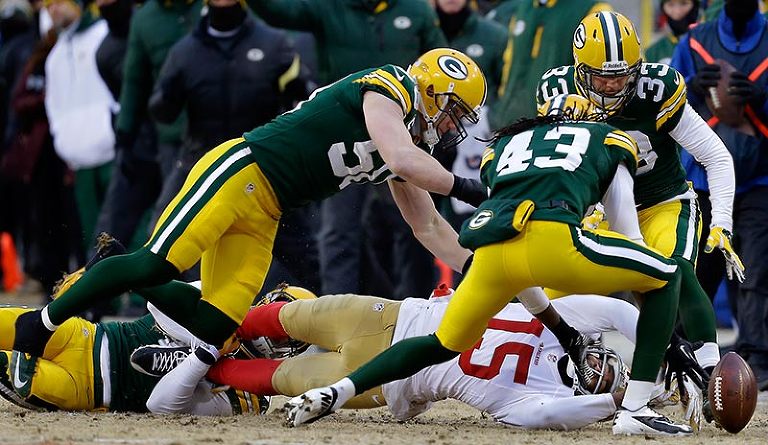 San Francisco 49ers wide receiver Michael Crabtree fumbles the ball, but the Packers defense can’t control it before it rolls out of bounds. 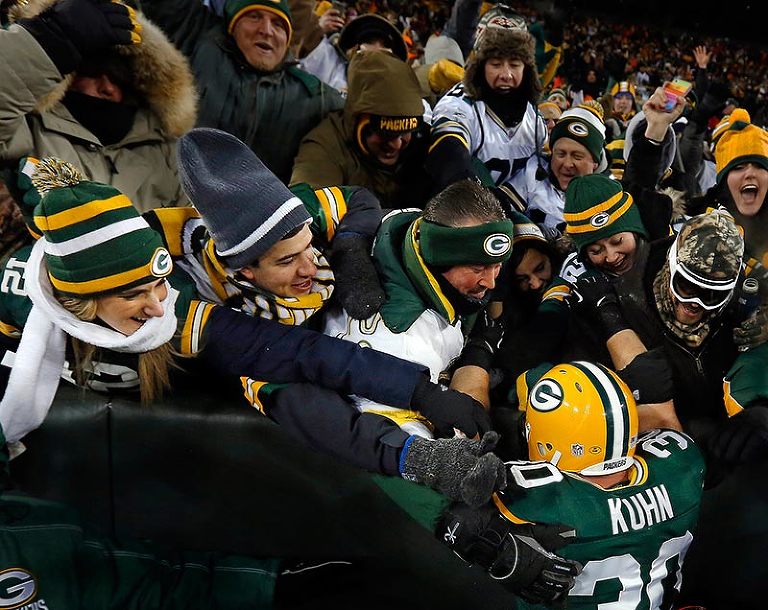 Green Bay Packers fullback John Kuhn tries to get in to the stands for Lambeau Leap after scoring a touchdown. 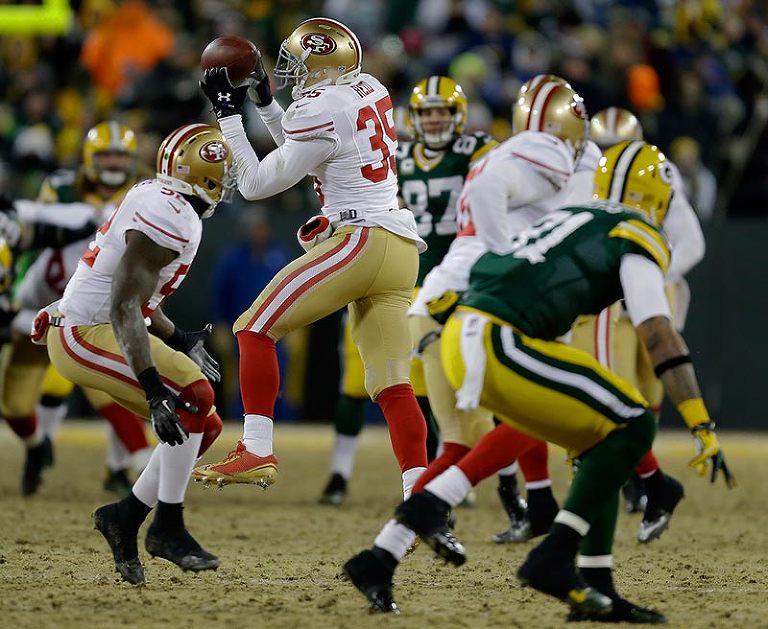 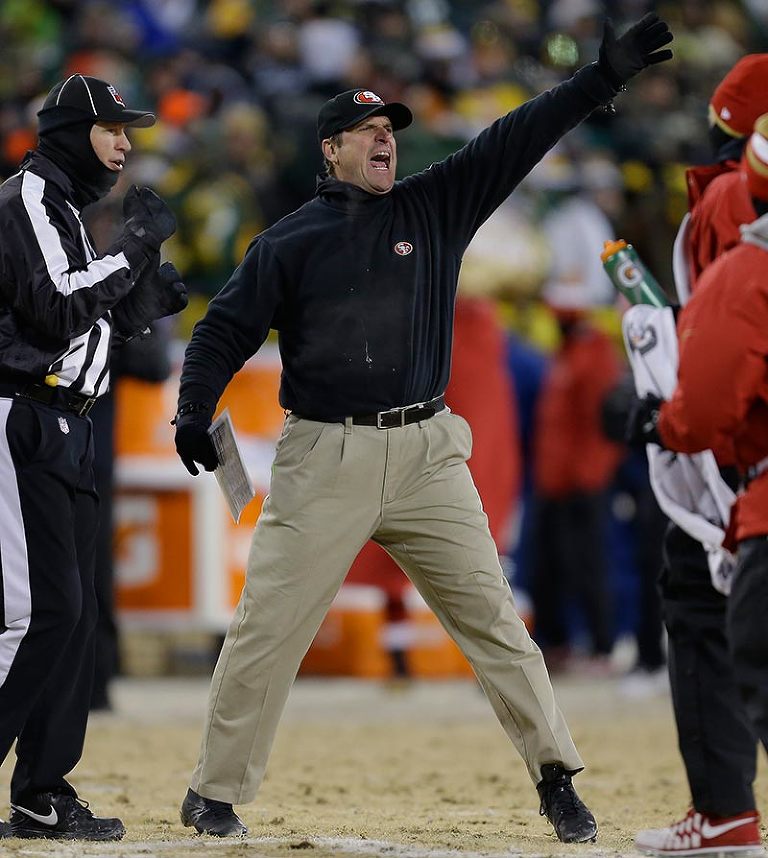 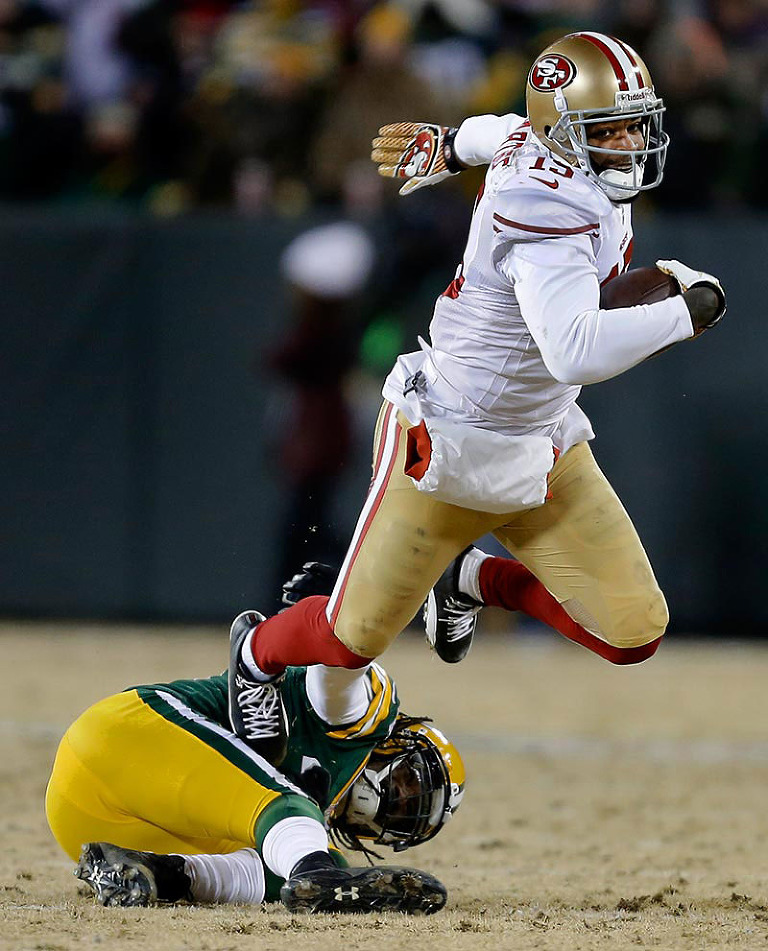 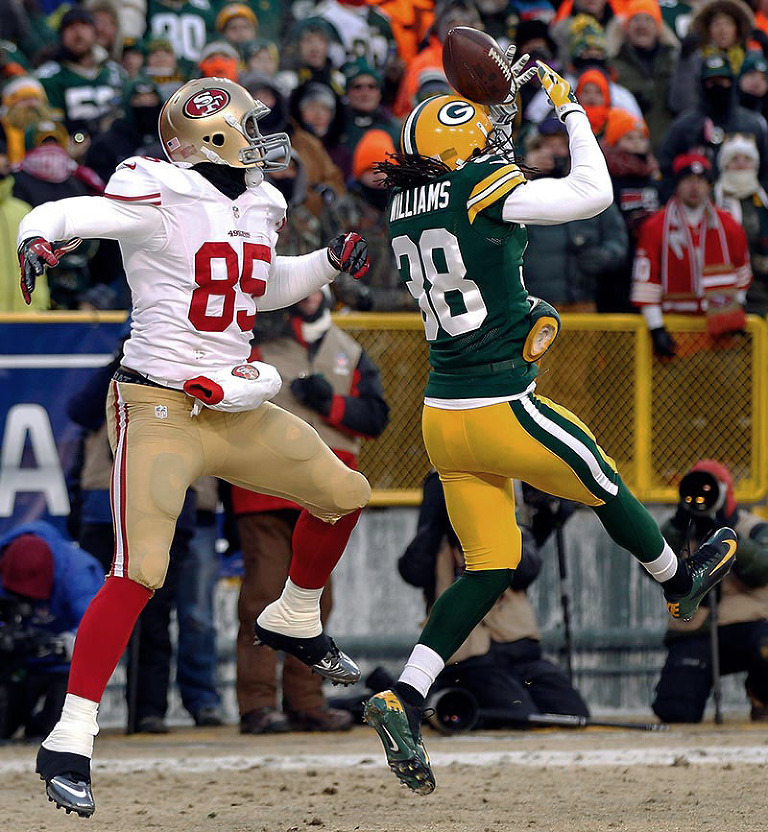 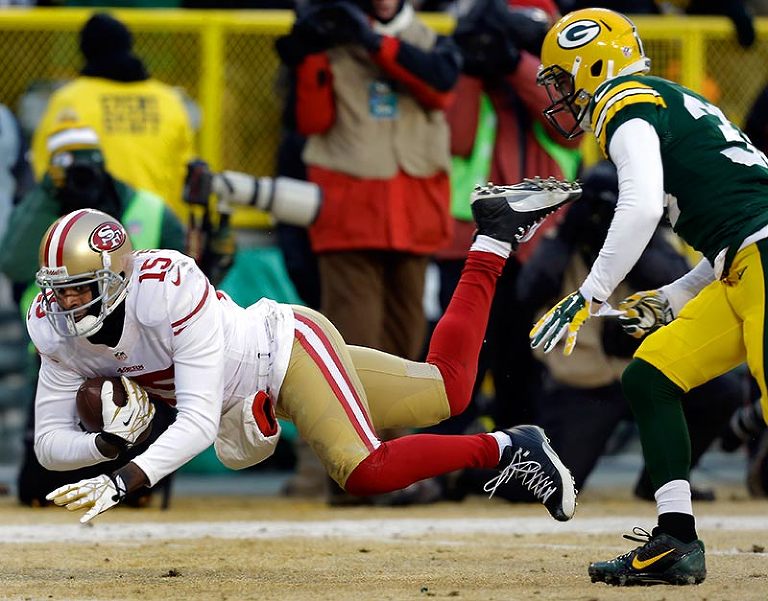 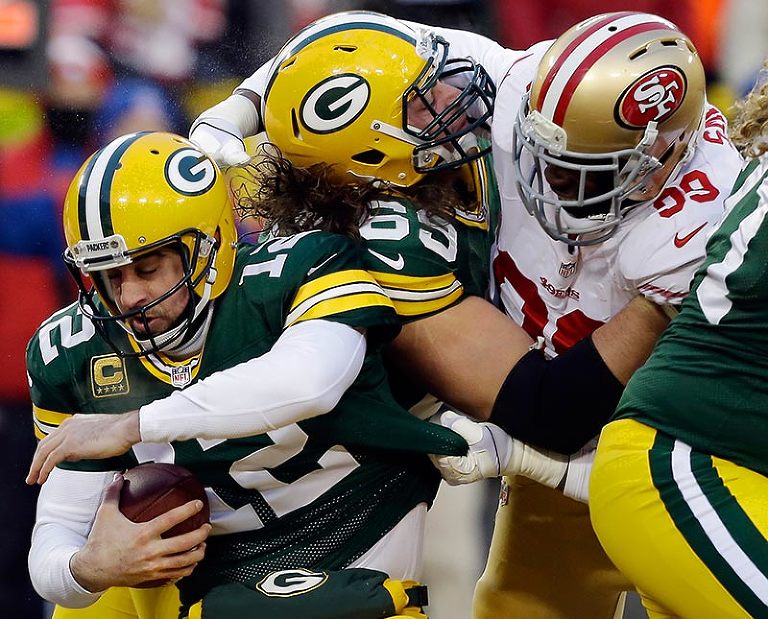 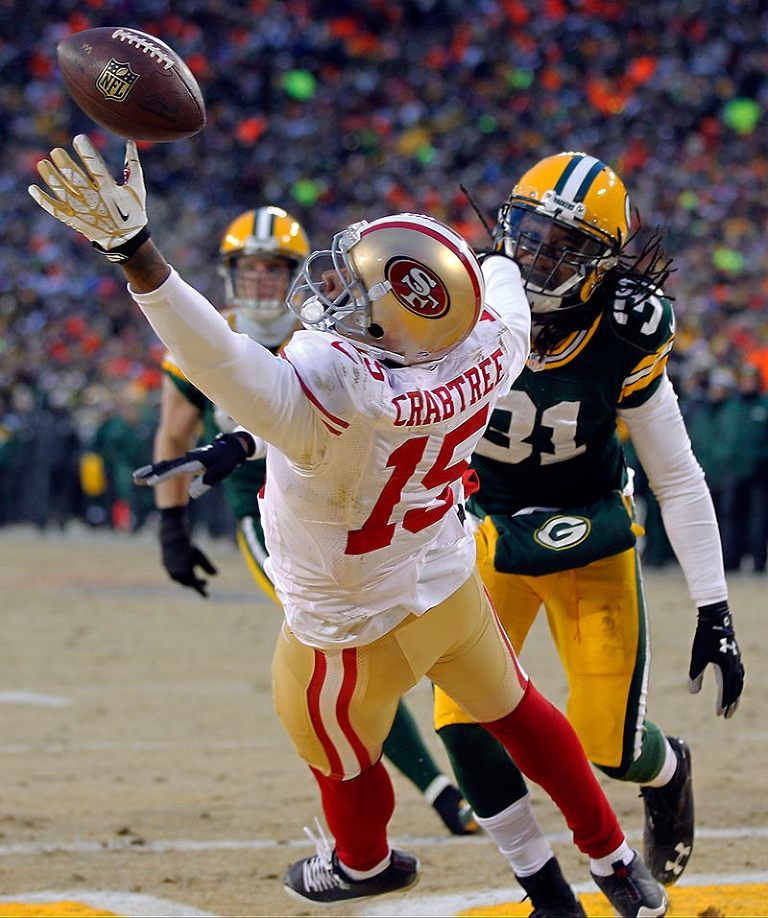 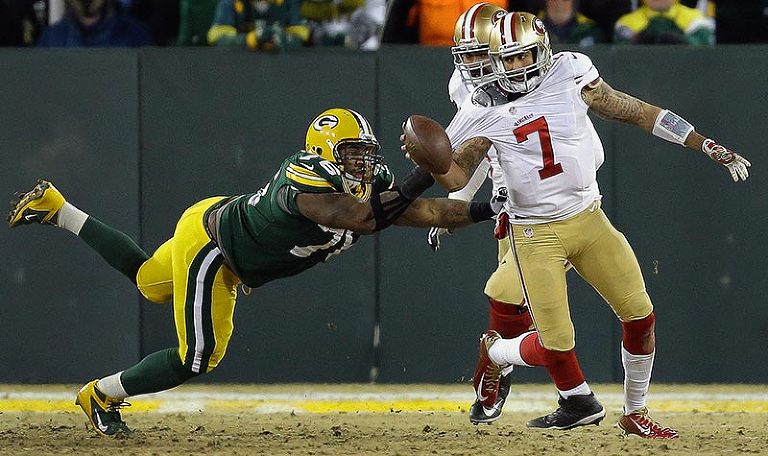 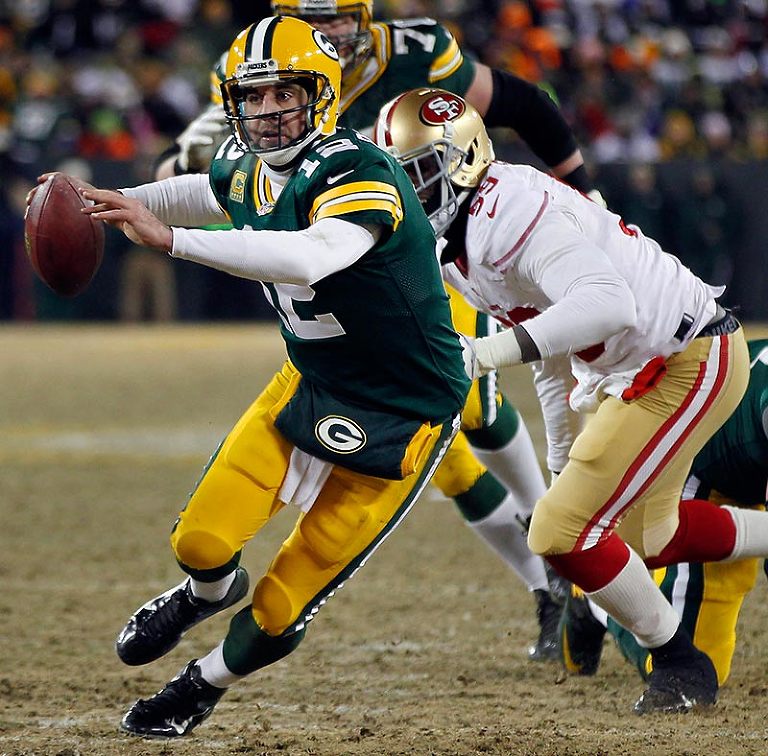 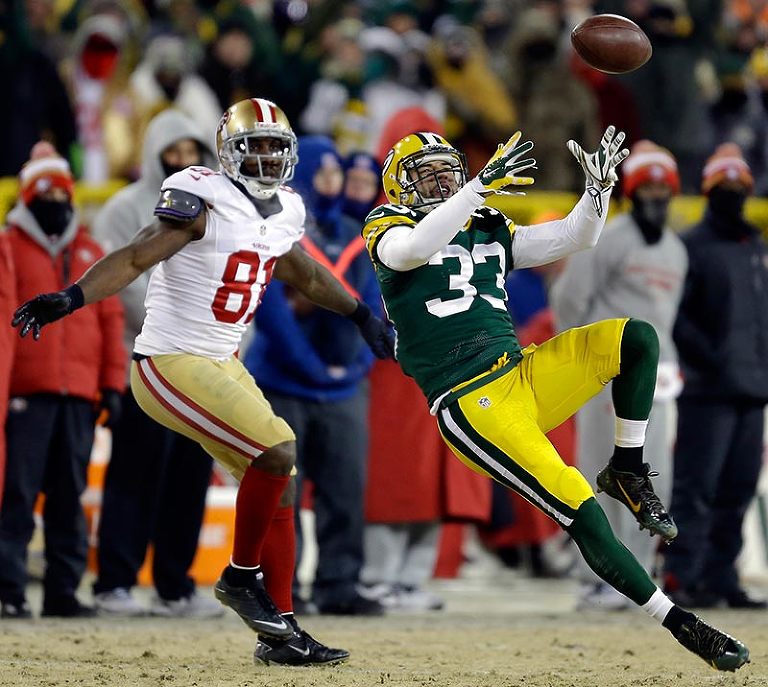 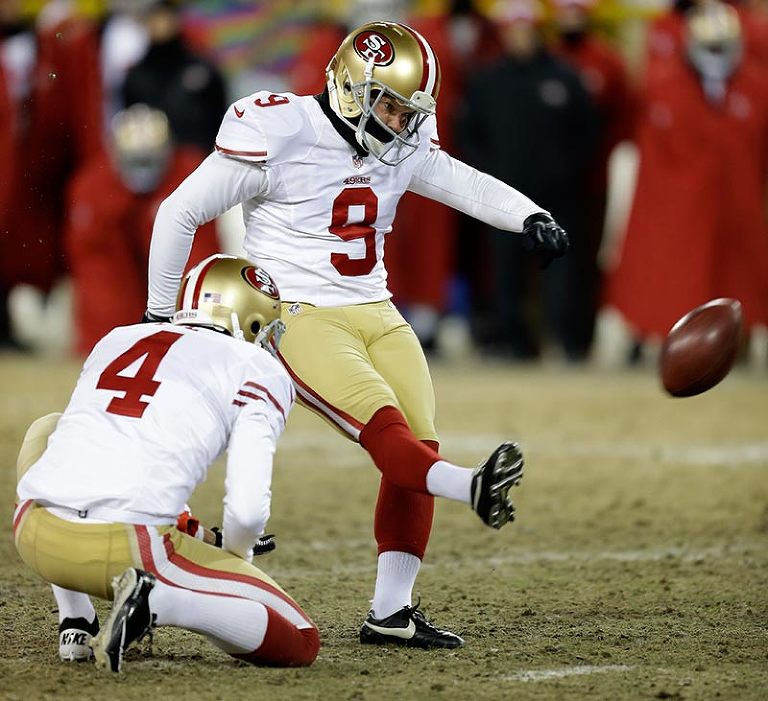 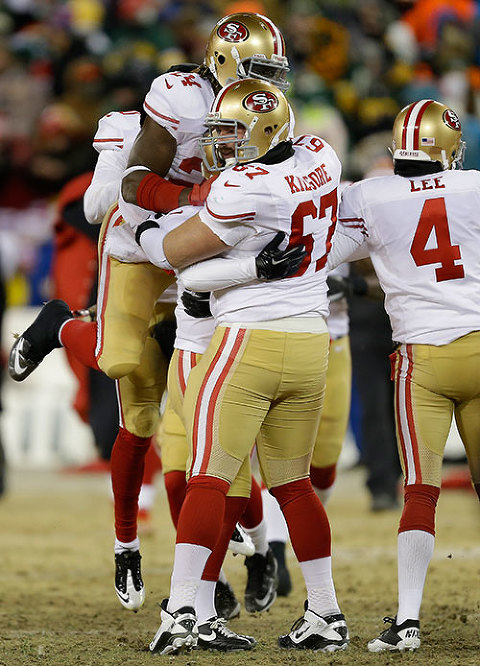 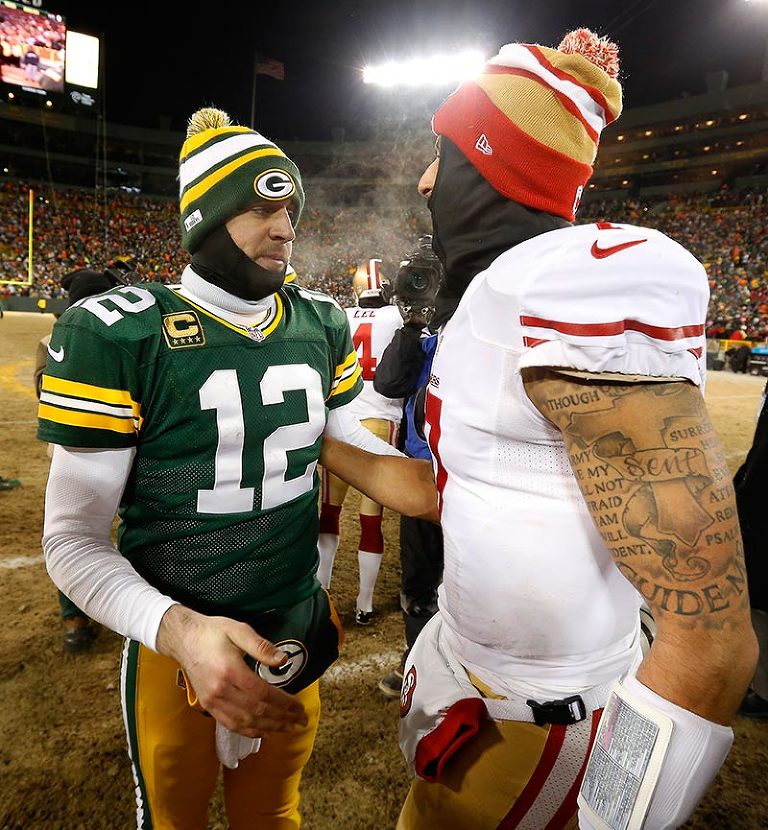