Here are some of my favorite photos from the NCAA Division I Men’s Ice Hockey Midwest Regional at the Resch Center in Green Bay, Wis. this past weekend.  North Dakota defeated Denver to advance to the Frozen Four in St. Paul, Minnesota next weekend.

I was happy with the action photos I came away with even though I only photography hockey every few years.  The regional comes back to Green Bay in 2012 and hopefully I will find myself photographing the event again. 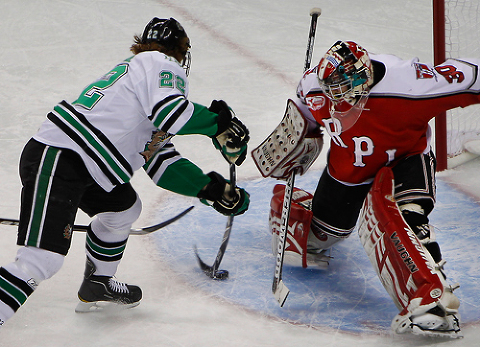 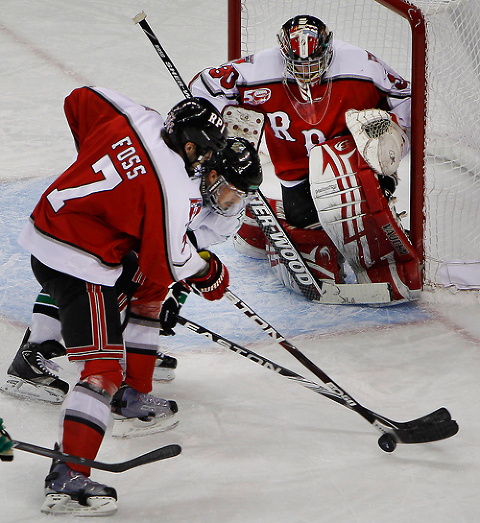 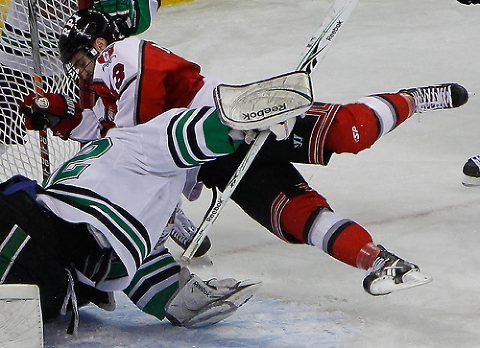 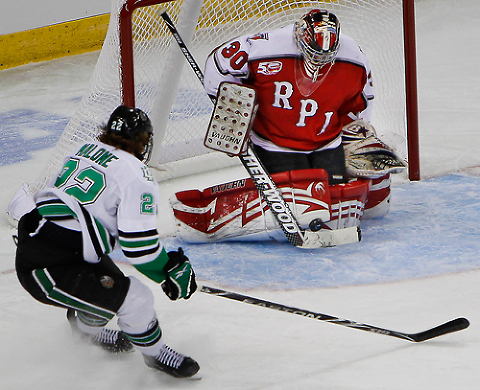 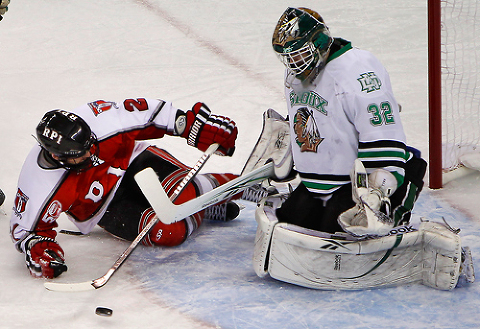 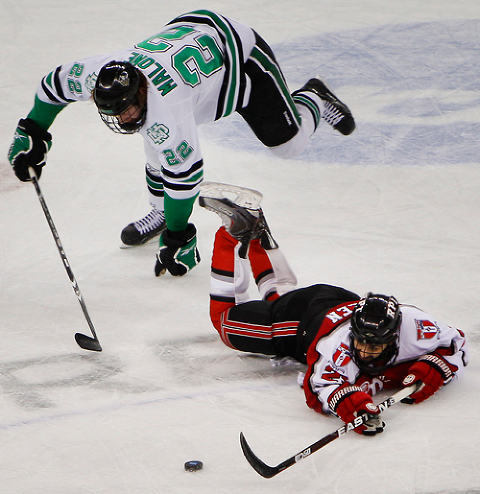 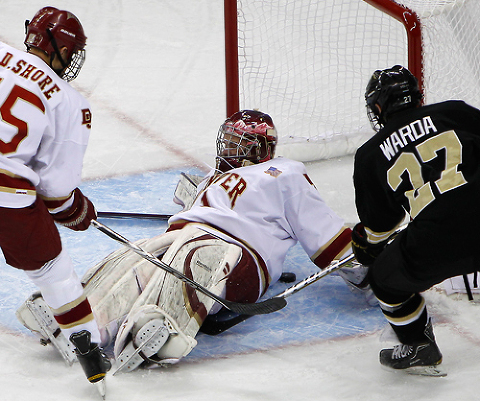 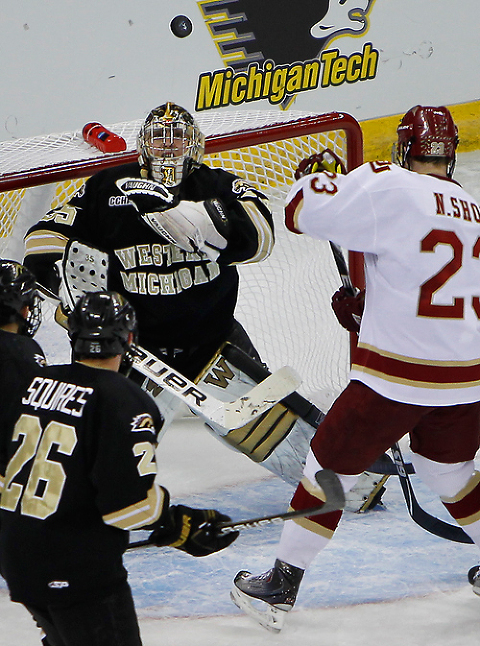 Western Michigan's goalie Jerry Kuhn looks for the puck in a battle at the goal as Denver's Nick Shore comes in. 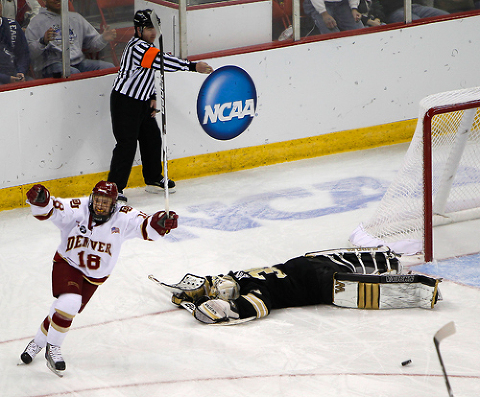 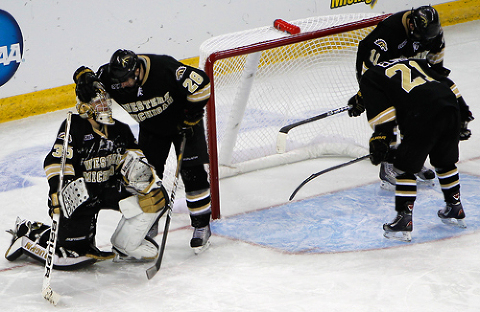 Western Michigan's goalie Jerry Kuhn is consoled by Luke Witkowski as Trevor Elias (21) and Dennis Brown (11) stand dejected in the goal after losing 3-2 in double OT. 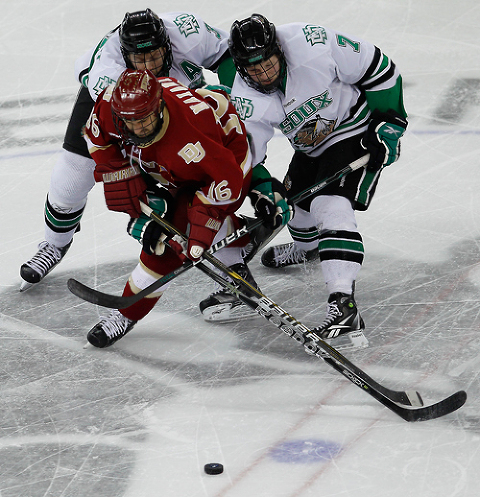 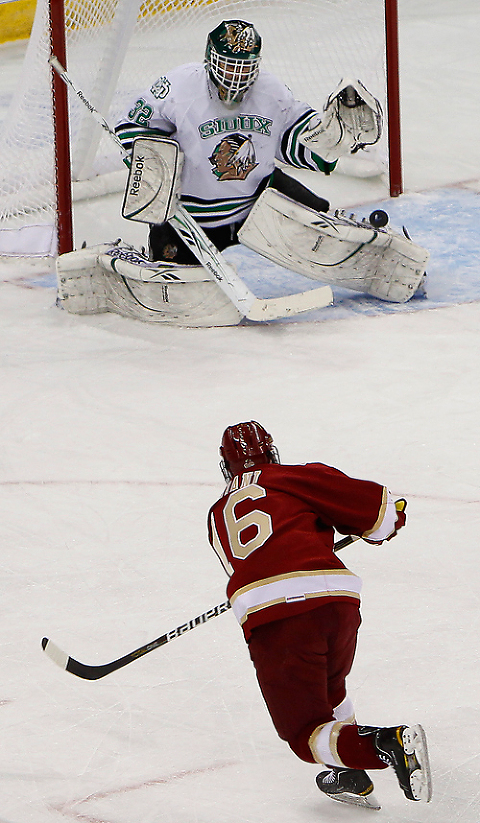 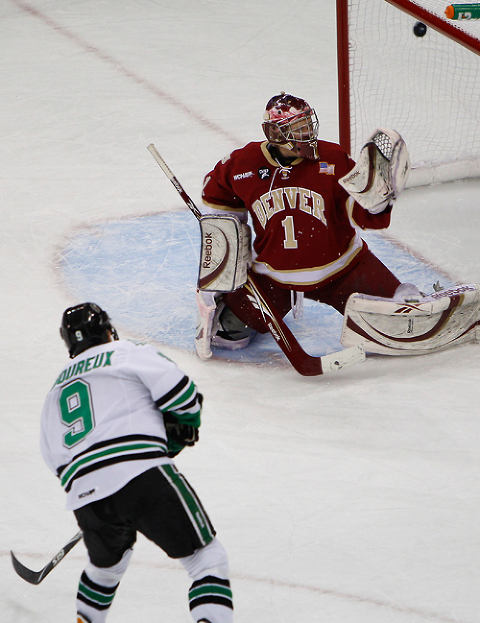 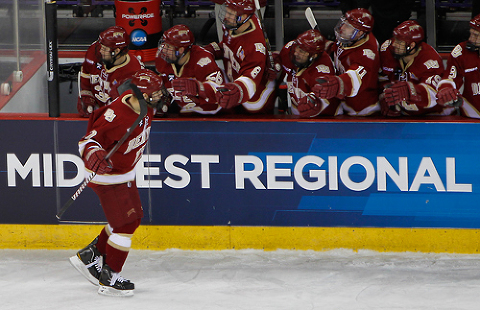 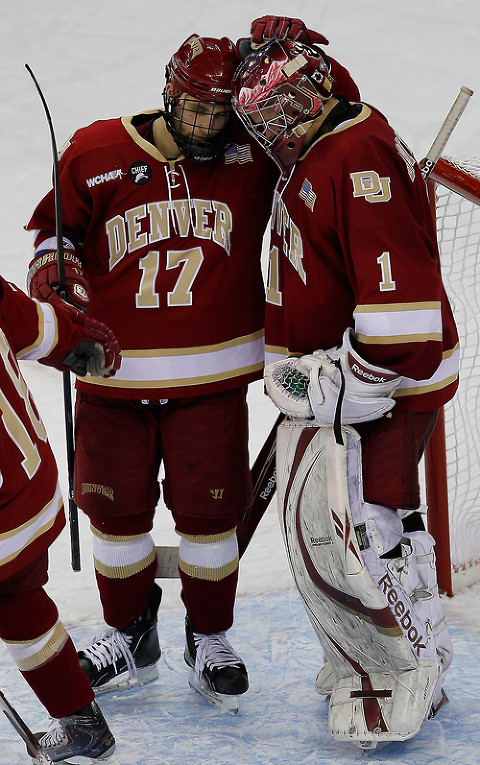