On Saturday afternoon the Green Bay mens basketball program had senior day for four of their players.  One of the players they recognized was Keifer Sykes.  The point guard from Chicago is considered one of the top point guards in the country and is the second highest scorer in program history.  The number one scorer in program history is Tony Bennet, who went on to play in the NBA and is currently the head coach at Virginia.It’s been great watching Sykes play these past four years and photographing him not only on the court, but also working on various portrait projects involving him.  As a sports photographer you try to capture more then just the action moments, but also those story telling non action moments.  On Saturday I captured a non action moment that I”m proud of as Sykes gets introduced during player introductions.  I love the light and the way the other players are smiling, it all just came together.  Thanks for looking!Mike 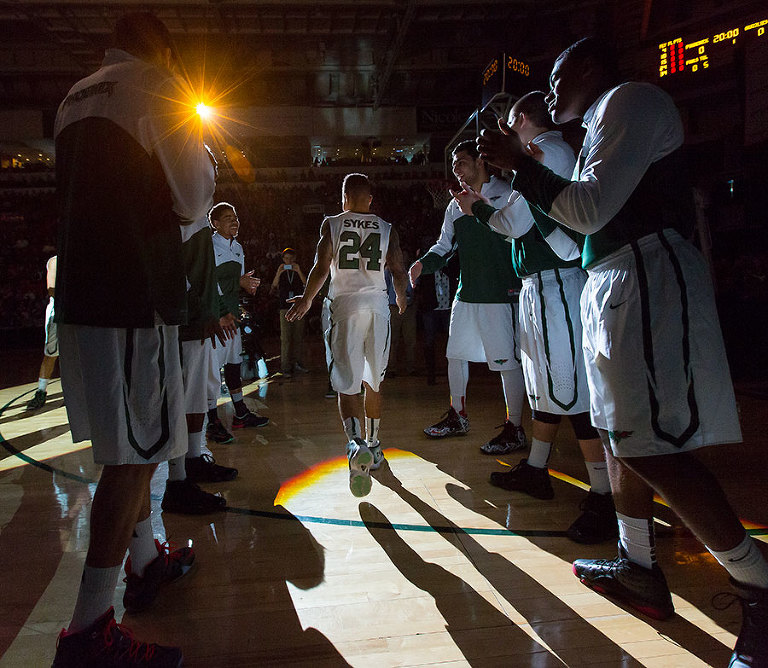