Growing up in Northeastern Wisconsin,  Door County has been a place I have visited many times.  As a child, my parents took my brother and me there for day trips.  I have many fond memories of floating around Eagle Harbor on a paddle boat,  my brother and I peddling as fast as we could, and picnicking at the quarry across from Potawatomi Park with bologna sandwiches.  During my college years, I often returned to Door County to hang out with friends at White Fish Bay Sand Dunes and sail the waters of Door County as my interest in sailing grew.  My first journalism internship was for the newspaper in Sturgeon Bay.  After college, I moved out of Wisconsin for 10 years, but each summer I came back and got a least one good weekend of sailing in, not to mention the smoked chubs or fish boils that followed.  I always enjoyed hauling my South Dakota friends back during this time so they could get to know the beauty of Door County as well.  Since moving back to Green Bay in the mid 1990s, I’ve been to Door County for a number of editorial photography photos shoots or commercial photography projects, as well as spending time with my brother who had a summer residence in Fish Creek.  Just a few years ago in the early days of dating my wife, I enjoyed showing her all the cool spots and hidden gems I knew of.  She grew up just a few hours south of Door County, but had never really spent time there.  With all these opportunities, I may have taken the beauty of Door County for granted.

This past week I was able to see the beauty of Door County through fresh eyes that appreciated it’s beauty more than anyone I’ve ever taken there.  Three international students accompanied me for a day of adventure.  Shakeel is from Pakistan and Ravi and Shahadutt are from India.  These two countries are mostly land locked and the water access that we have and take for granted is something they found amazing.

Our first stop was the canal lighthouse station in Sturgeon Bay.  Walking out on the pier to the headlight was very cool for them; the amount of pictures they took of one another was evidence of that.  They wanted to walk down the sand beach to the north of the pier, but I had an even better spot in mind for their first beach adventure.  Next stop…White Fish Bay Sand Dunes State Park. Almost immediately, the shoes came off, the pants were rolled up, and three men became boys as they ran to the edge of the water. Now keep in mind, this is mid March and that water is far from warm, but who was I to stop them?  The two from India  jumped around in the water with such great joy and pure excitement they didn’t care about getting their jeans soaking wet.  Maybe I encouraged this a tad by chanting, “Further, Further, Further”.  Shakeel held back from going into the water because I think he knew how cold it would be.  The beach was mostly empty during our visit, but the few other beach goers who observed this scene must have not known what to think of this group and their pure excitement  to jump into Lake Michigan when the next pair of bare feet in the water is probably months away.  They probably also wondered what the game was that they set up with a few pieces of drift wood and a couple of rocks.  It was the biggest sport in their countries, Cricket.

After our visit to the dunes, I took them over to Cave Point County Park.  It didn’t take long for them to work their way down the rock ledges to the lake.  I don’t take many pictures of me or my wife Judy in front of things when we go on vacation, but these guys couldn’t get enough self-portraits in the areas we visited.  They wanted to make sure the people back home knew the sights and unique experiences they had in their travels.  My favorite photo of the day is the boys hanging out on a big rock jutting out into Lake Michigan.

After a stop at the Cana Island Lighthouse and one last stop in Peninsula State Park and making the mandatory trek up the tower, it was back to Green Bay.  I wish I could have taken them there on a day when Door County was at it’s best:  the forests in their summer glory, the beaches full of sunbathers and the marinas packed with shiny boats.  But it didn’t matter to them.

On the way back, Ravi said his trip to the United States was complete.  He had always wanted walk down a beach, but had never gotten the chance.  His next goal is to some day go out on the water in a boat, another first for him.    I asked the other two if they had ever been on the water in a boat; they hadn’t.  I have a pretty good idea of what our next field trip will be before they have to leave in May.

The genuine thanks and appreciation the three of them showed me for their day in Door County made me  wonder why I didn’t take them up there earlier. Experiencing Door County through their eyes was a great way for me to spend the day.

Below are some of my favorite photos from the day.  Thanks for looking. 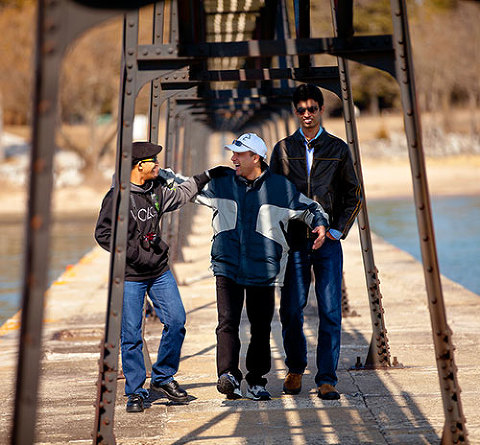 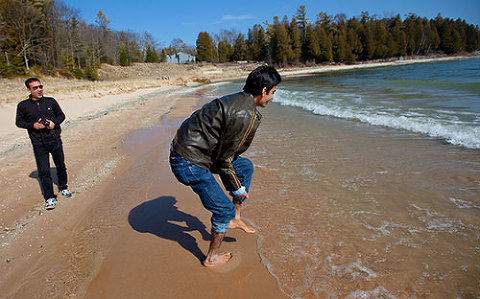 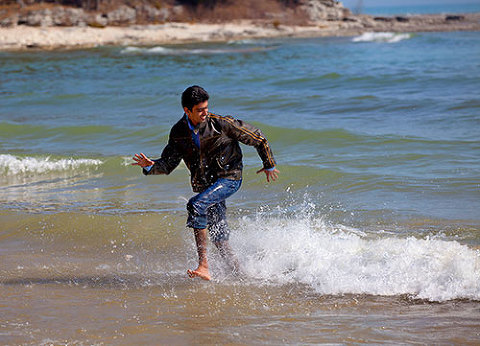 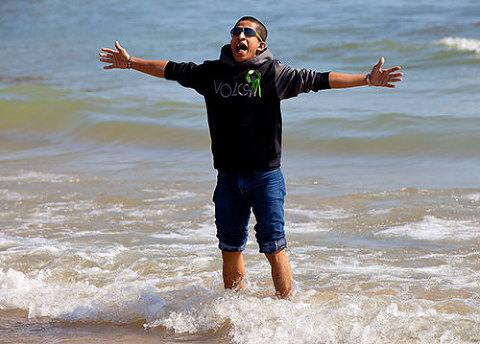 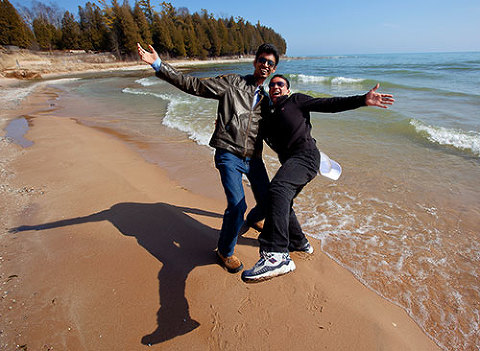 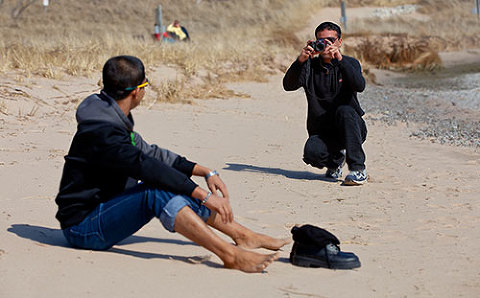 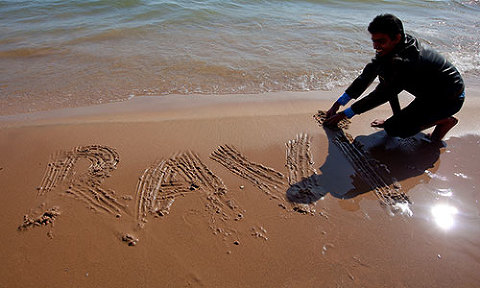 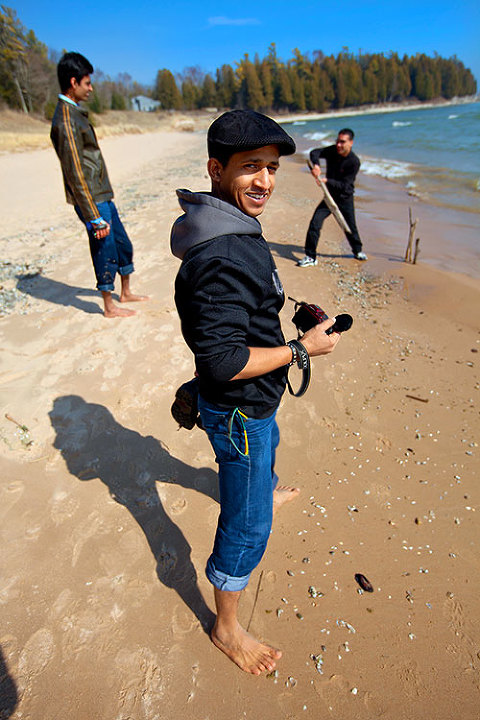 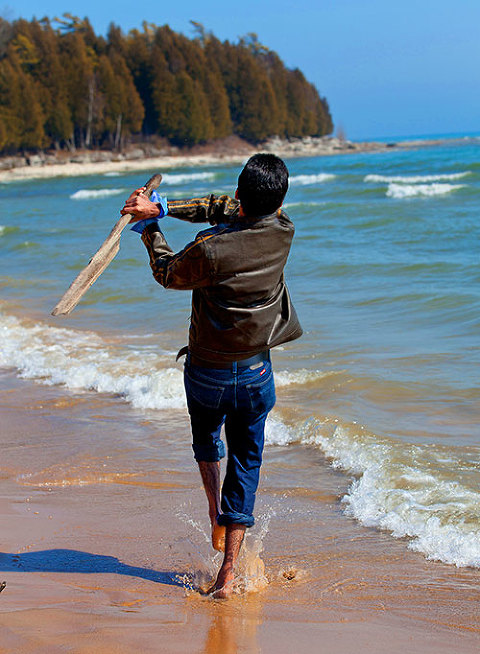 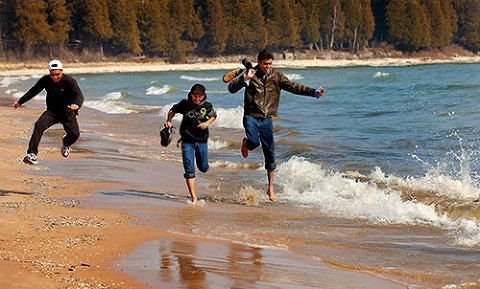 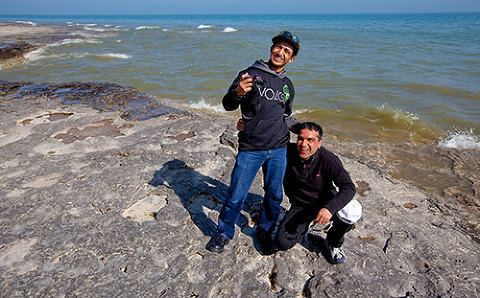 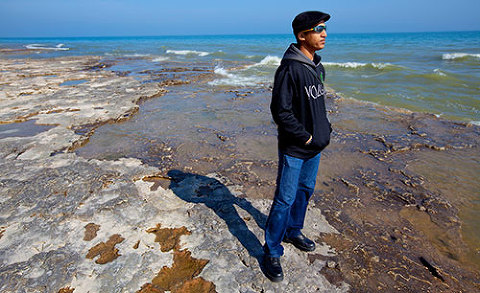 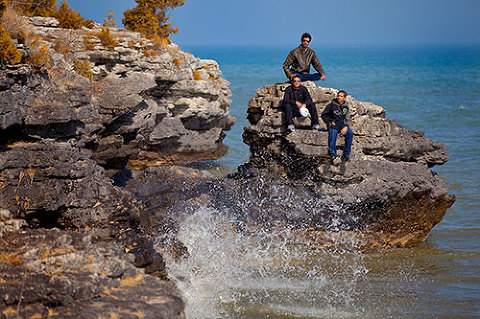 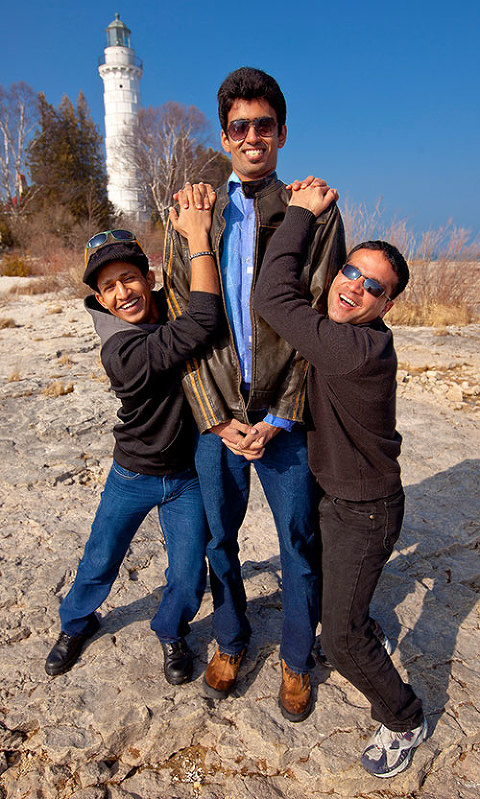 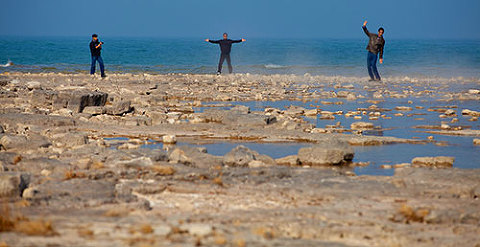 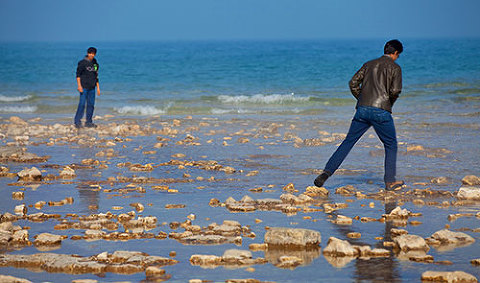 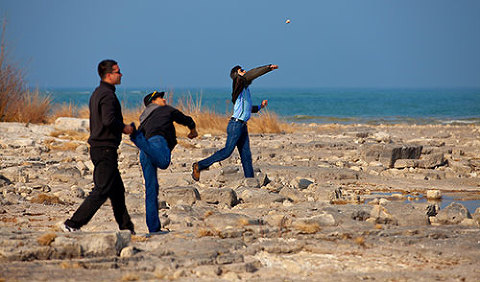 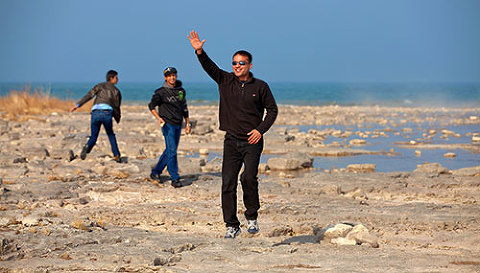 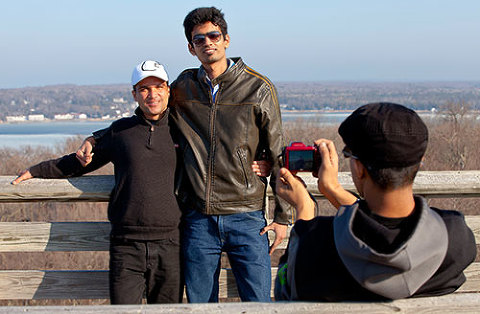 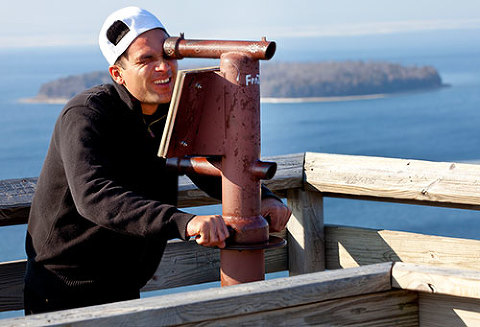 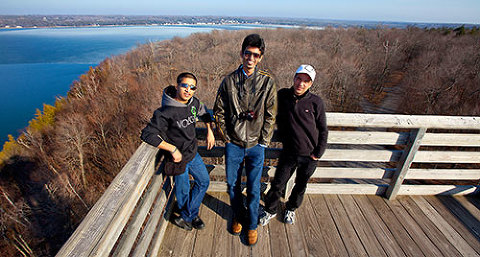