Here are some of my favorite photos from covering Wisconsin – Green Bay’s  66-53 win over Detroit in the Horizon League Women’s Basketball Championship on Sunday March 11, 2012 in front of over 3,400 fans at the Kress Event Center in Green Bay.  Detroit was the only team to beat Green Bay during their 30-1 regular season.  Green Bay will find out on Monday night March 12th, 2012 who they will face in their 13th NCAA tournament.  Green Bay made it as far at the sweet sixteen last year.  With a rank of 10th in the AP poll at the end of the season and a strong RPI Green Bay hope to get a 3 or 4 seed in the tournament.

Green Bay senior forward Julie Wojta was the biggest star of the afternoon — she had 29 points, 12 rebounds and four steals and was the tournament MVP.  Freshman Megan Lukan’s career-high 20 points provided an impressive supplement to Wojta’s  29-point effort as the duo sparked a Phoenix rally from a 30-27 halftime deficit.
Thanks for taking a look and Go Phoenix!
Mike 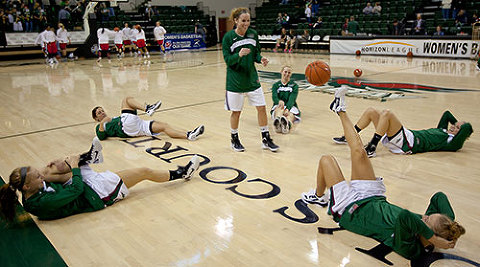 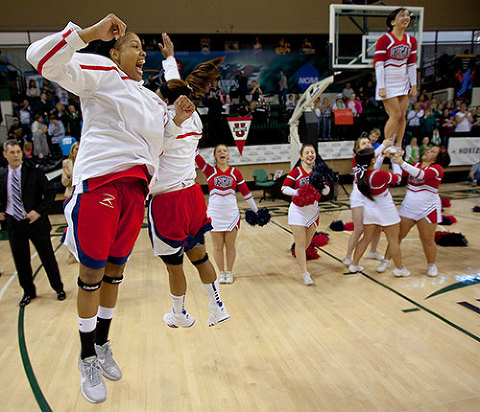 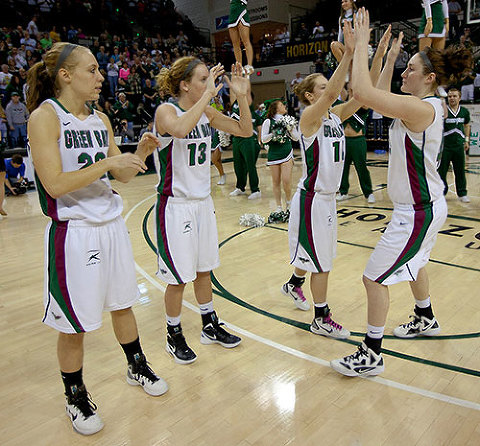 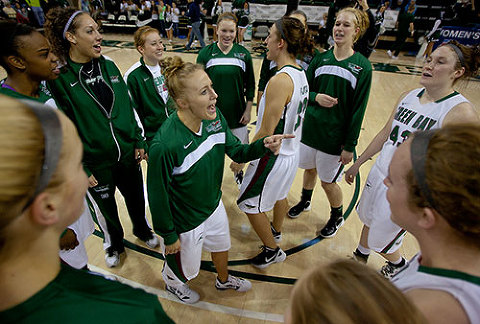 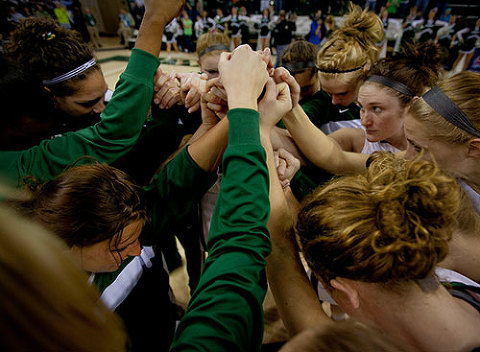 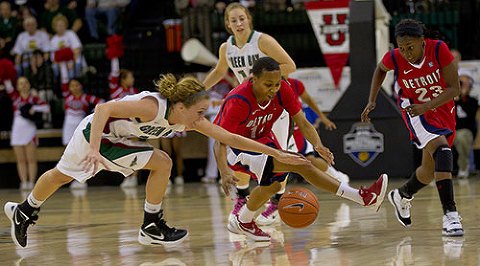 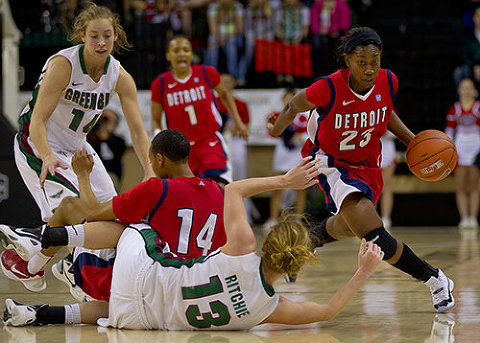 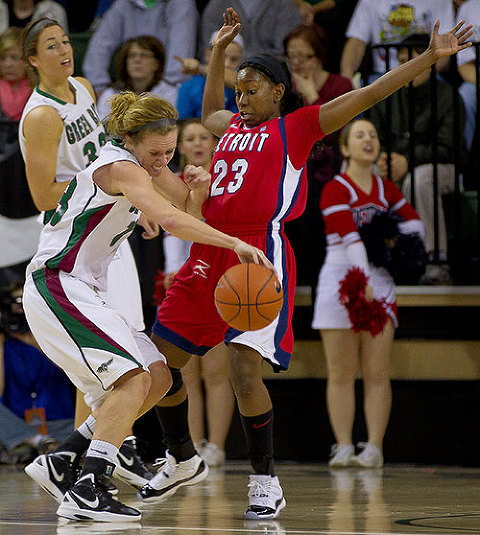 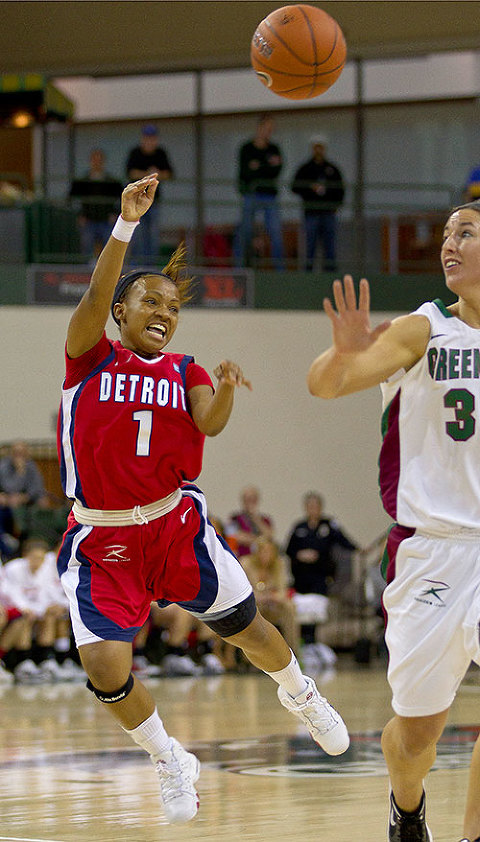 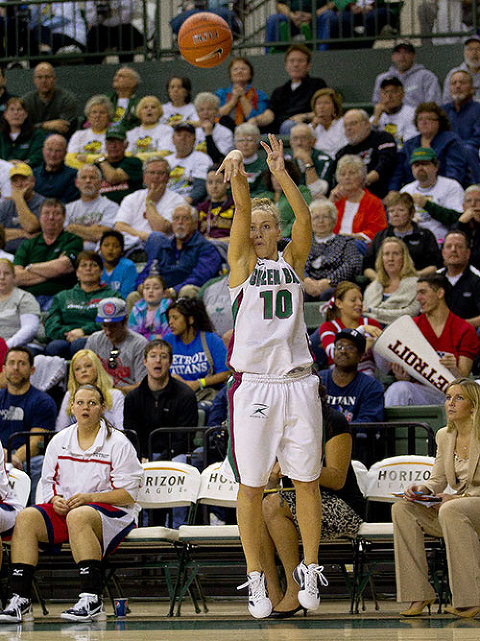 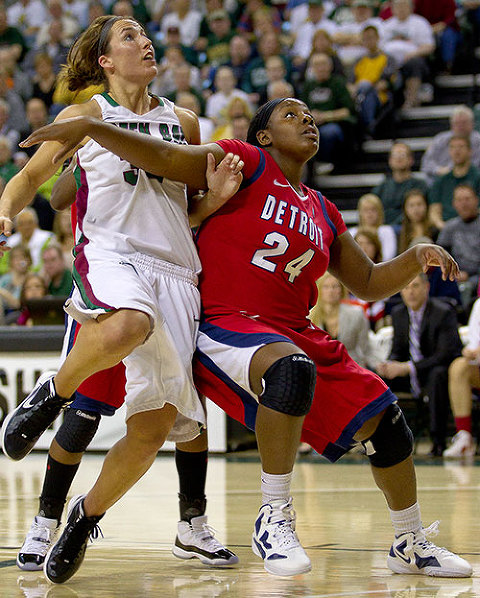 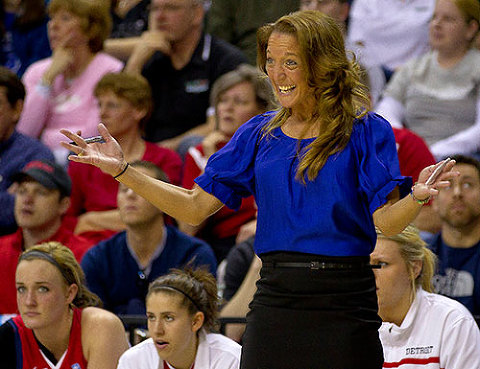 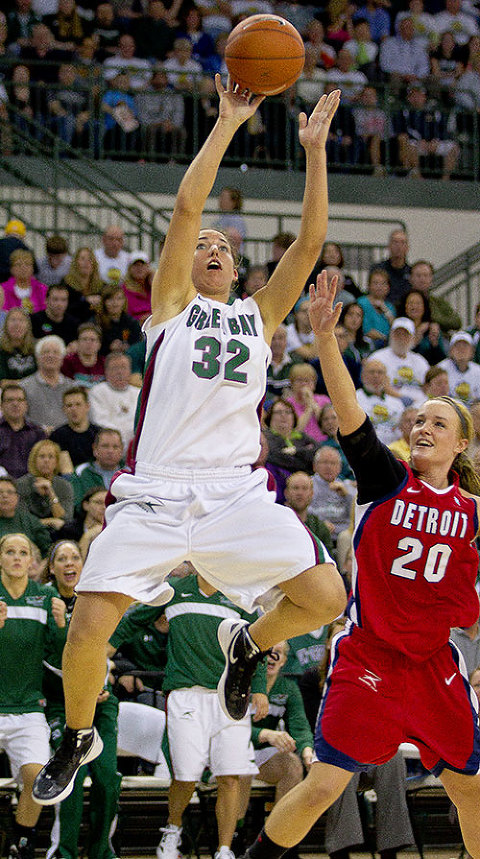 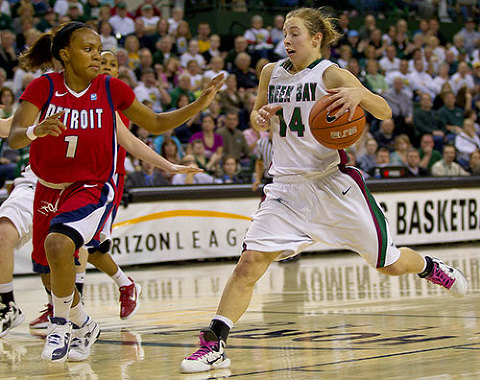 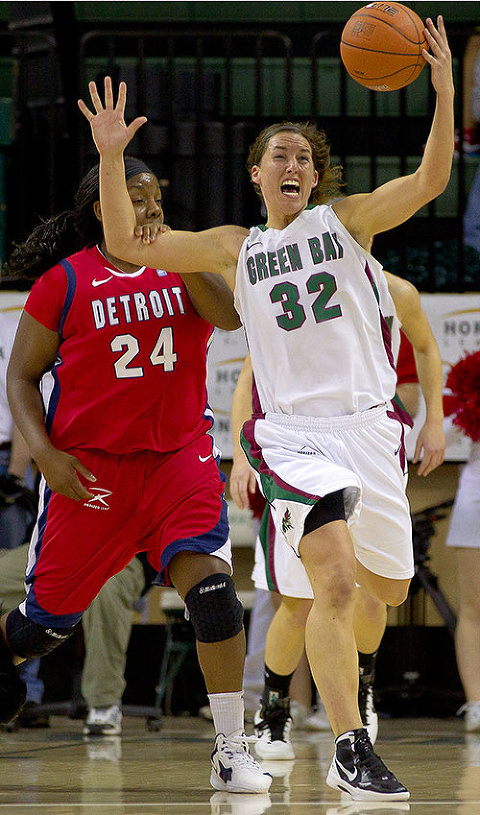 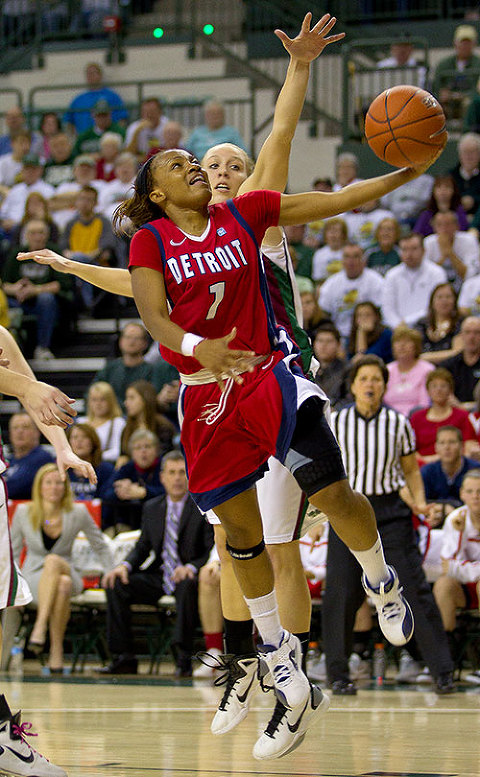 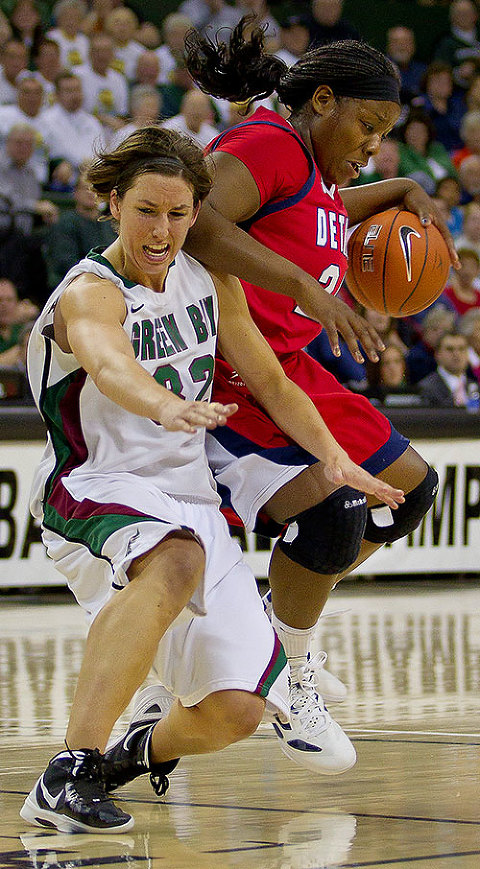 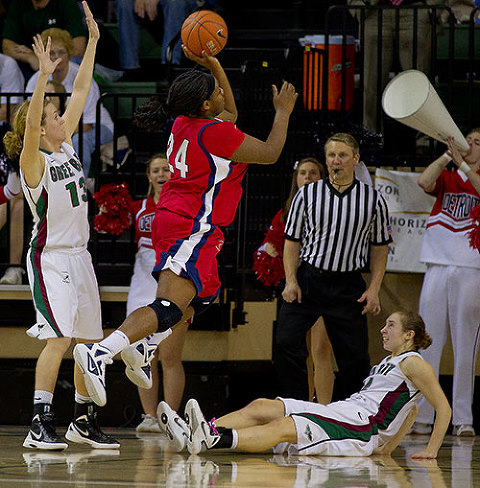 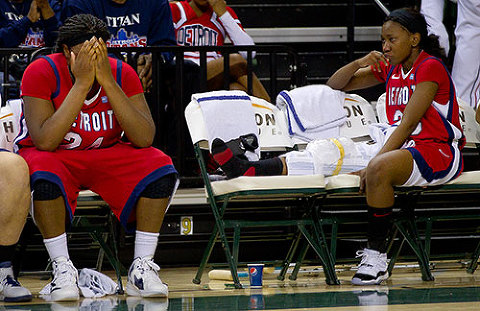 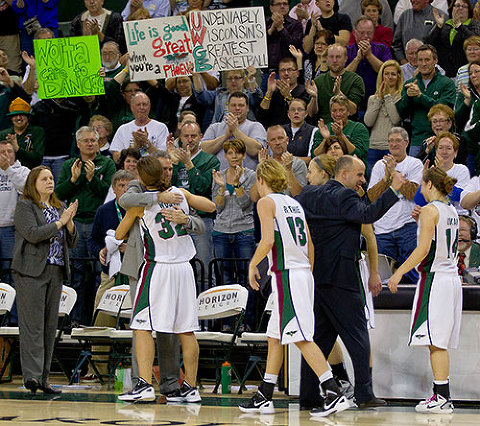 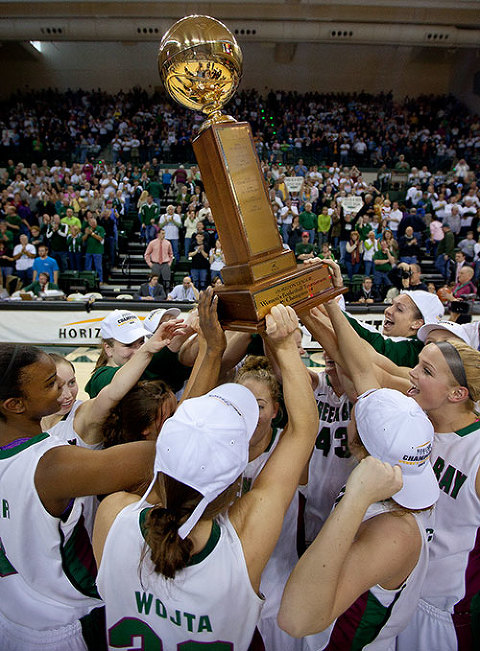 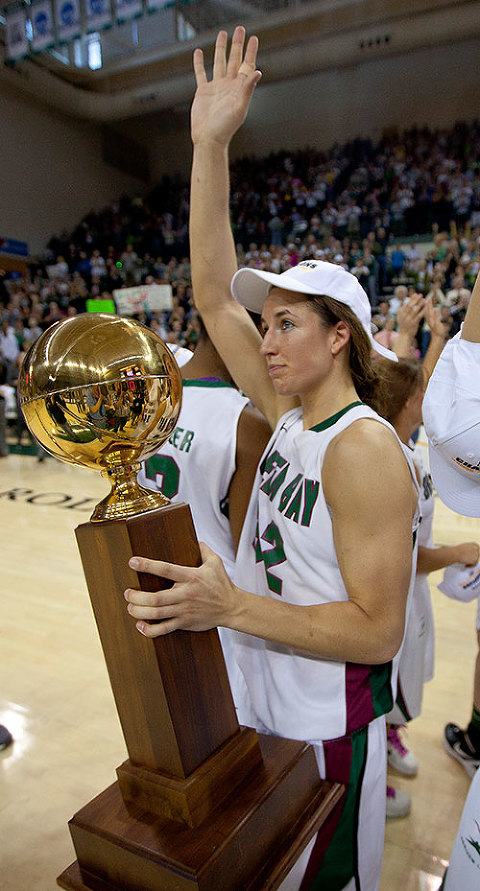 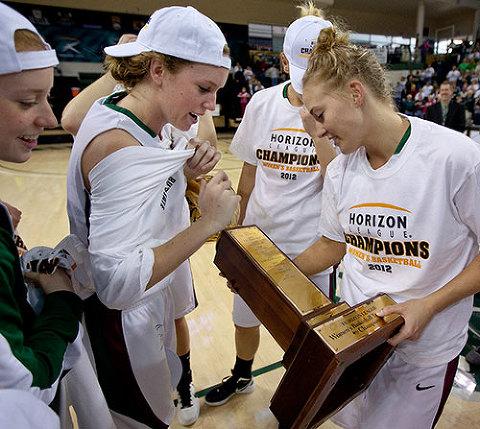 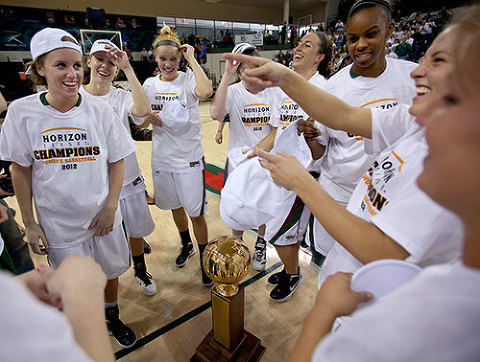 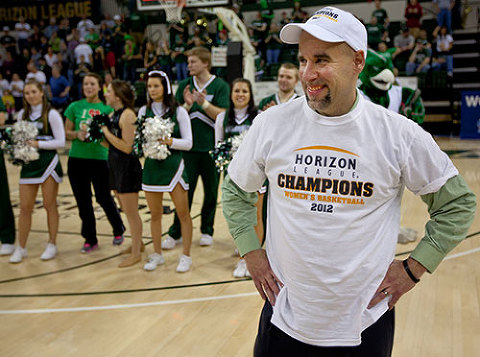 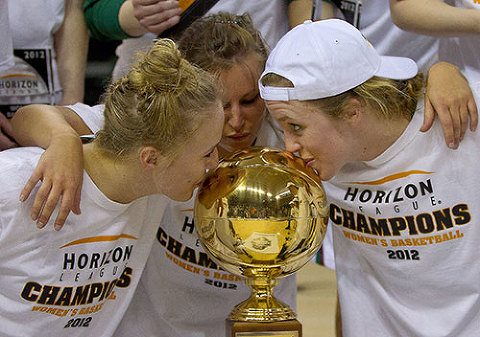 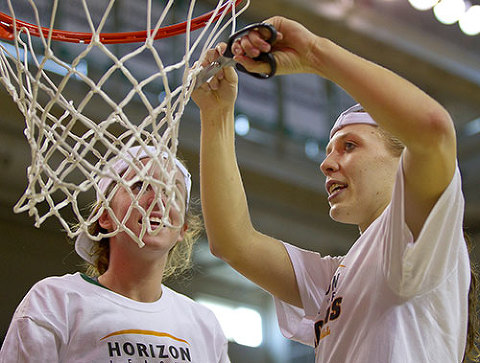