Photos from the Green Bay Packers vs. the Dallas Cowboys 2010 NFL football game.

Some games all the action seems to happen right in front of you and other nights are like this past Sunday for me.  The Green Bay Packers defeated the Dallas Cowboys 45-7 on Sunday night November 7, 2010, at Lambeau Field in Green Bay, Wisconsin.  Five of the Packers touchdowns happened in the South end zone.  The end zone I cover is the North end zone.  That’s the way it goes.

This game was special in that my wife Judy Roemer made it down to the field for the first time.  I got a call from the Fort Worth Star Telegram earlier in the week looking for a card runner.  A card runner brings the media cards with the photographers pictures from the field up to a workroom on the concourse level that picture editors work out of.  During a day game generally the cards are picked up at the end of each quarter.  For a night game like Sunday you run the cards to the editors multiple times each quarter if needed. 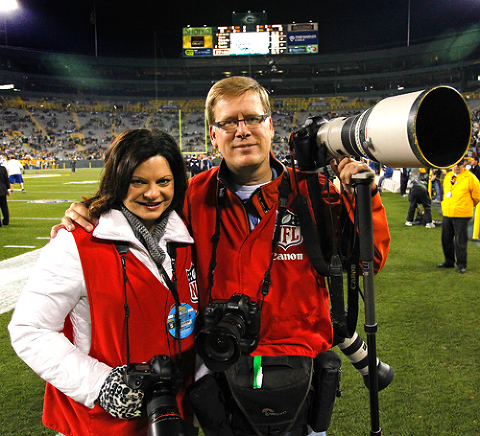 My wife Judy and I pose for a photo prior to the game. Judy was the card runner for the Ft Worth Star Telegram during the game (bringing media cards with photos from the photographers on the field to the papers editor). It was fun having Judy on the field and she did a great job and had a great time. 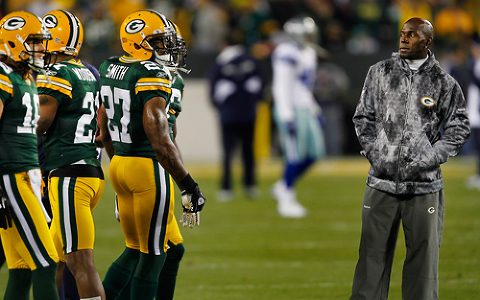 Green Bay Packers wide receiver Donald Driver didn't suit up for the game due to a quadricep injury. It was the first game he missed since 2002. 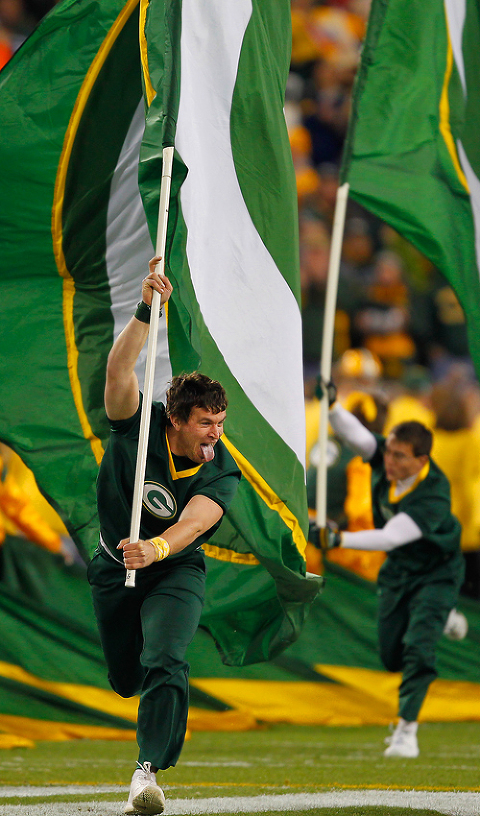 An excited Green Bay Packers cheerleader runs out onto the field with a team flag before the game.

Green Bay Packers wide receiver James Jones kneels in the end zone and prays prior to the game. 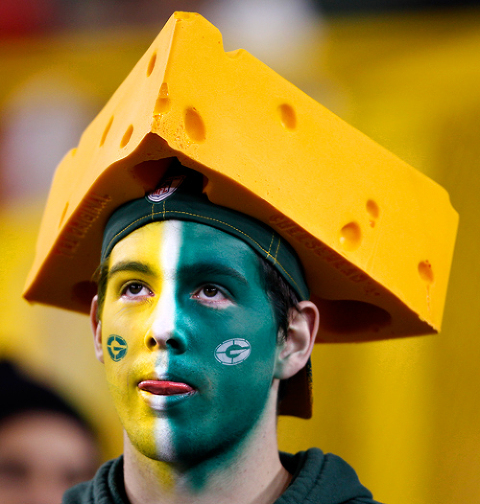 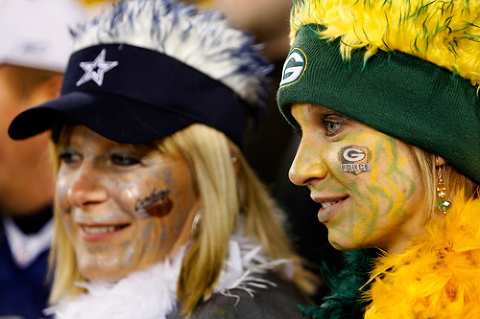 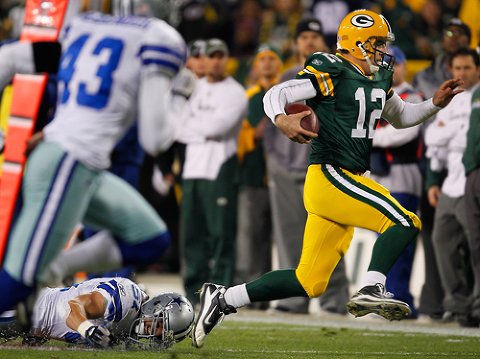 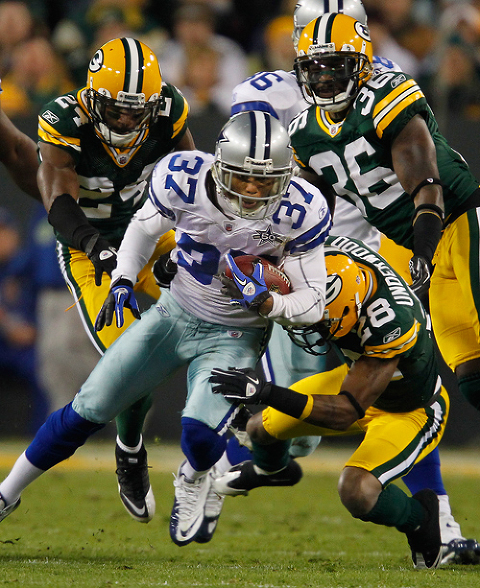 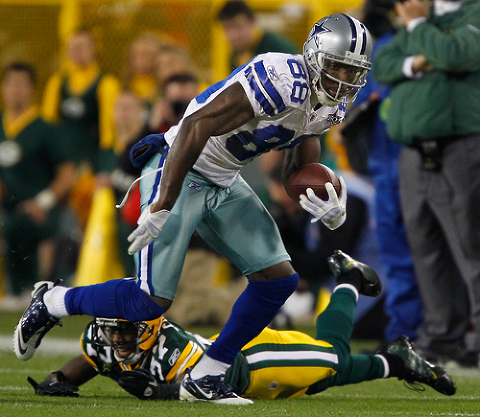 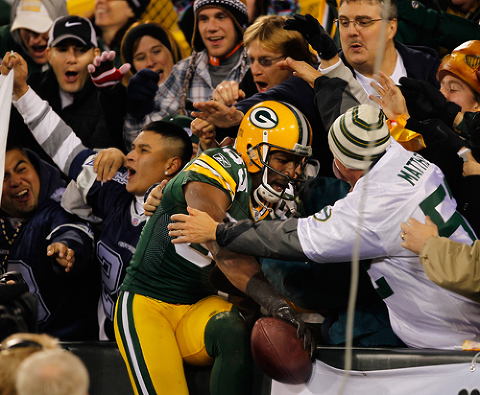 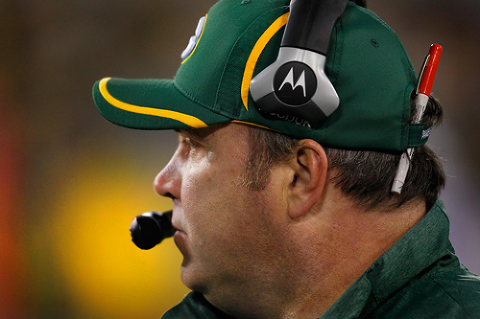 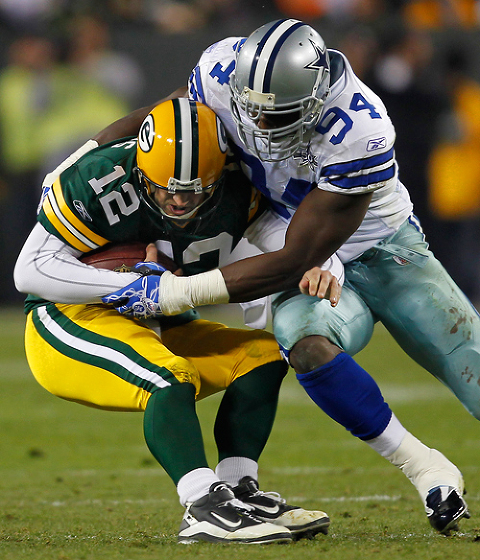 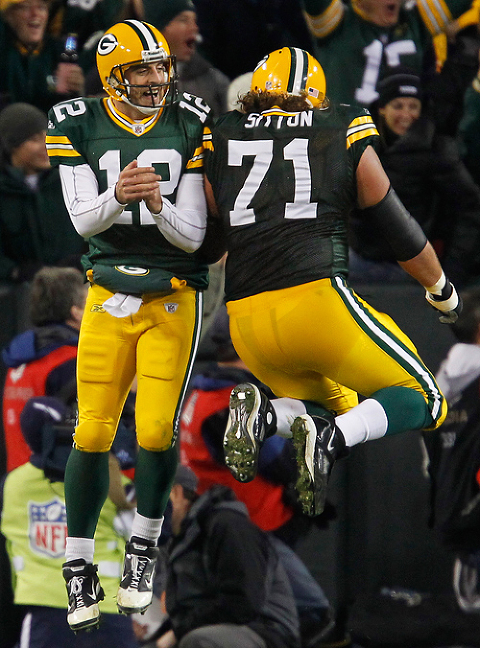 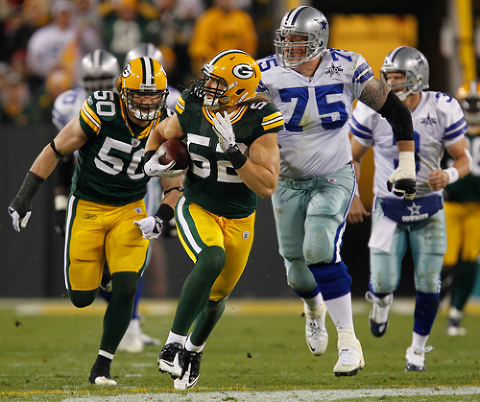 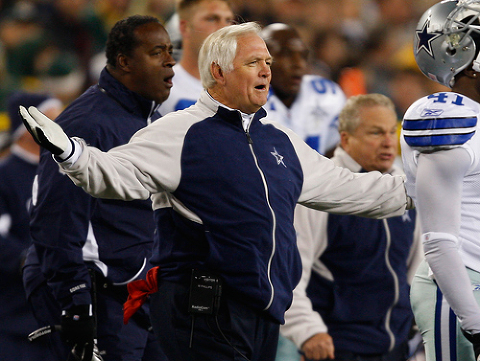 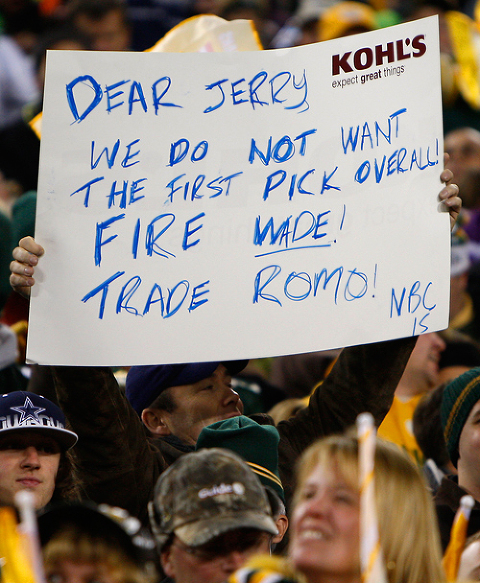 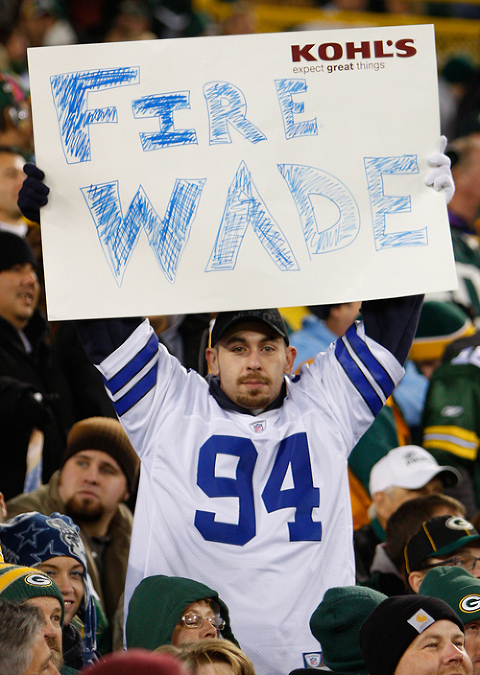 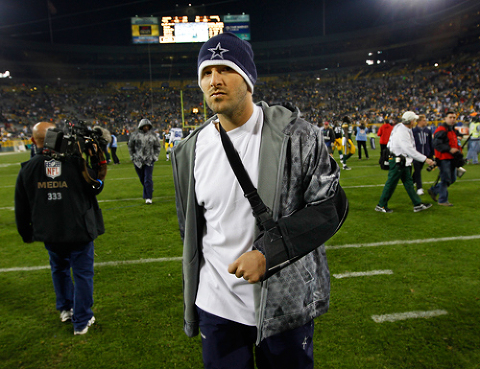 Dallas Cowboys quarterback Tony Romo doesn't seem to be all that happy that photographer Mike Roemer is taking his picture after the Cowboys lose at Lambeau Field 45-7. 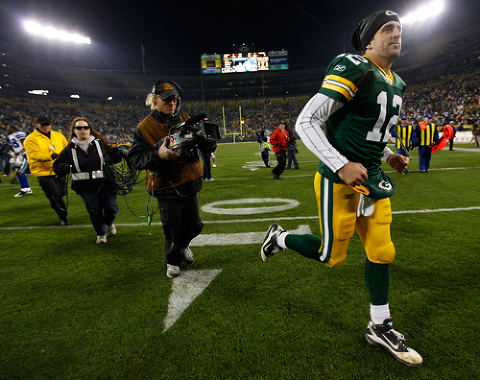 A happy Green Bay Packers quarterback Aaron Rodgers runs off the field after the Packers defeated the Cowboys. 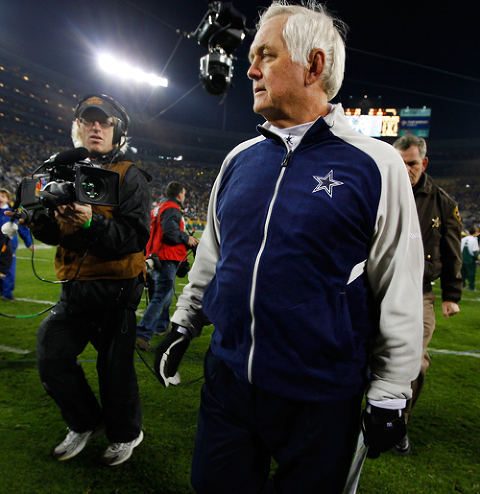 Dallas Cowboys head coach Wade Phillips walks off the field for the final time as the Cowboys coach. Phillips got fired the next day. 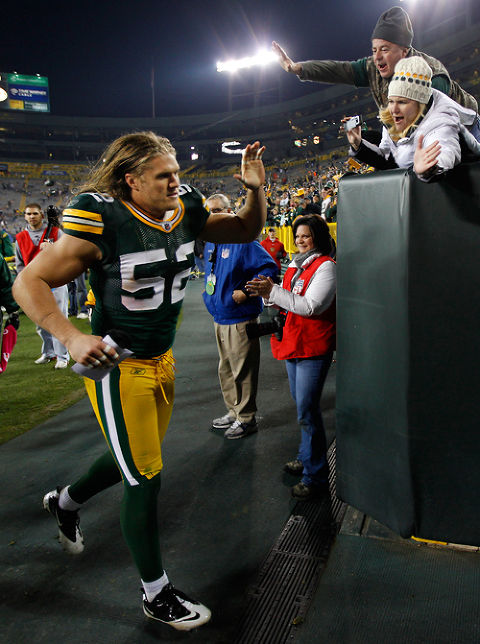 Forth Worth Stat Telegram card runner Judy Roemer (red vest) keeps out of the way of Green Bay Packers linebacker Clay Matthews as he high fives fans as he runs off the field.