I was recently assigned by ESPN The Magazine to shoot a portrait of a high school football player here in Green Bay, Wisconsin for a story they were doing on staph infections.  The subject was Davonte King.  Davonte lost his  left leg below the knee when he was 13 due to a staph infection.  It is speculated that he took a contaminated cleat to the ankle after another player was diagnosed with staph. He currently plays varsity football for Northeastern Wisconsin Lutheran High on a prosthetic leg.

In talking with the assigning editor at the magazine, they had only seen photos of Davonte that didn’t show he had a prosthetic leg.  My goal for the shoot was to show that he has a prosthesis.

Davonte and his coached agreed to let us shoot a portrait of him before a light practice.  Davonte is an easy going kid with a great attitude about life and football with a prosthetic leg.  The day of the shoot he was hobbled by a sprained ankle from a game over the weekend.  I’m not always the brightest bulb on the tree so I asked him which ankle he sprained since it could affect a shot I had already visualized.  A fraction of a second later,  I realized how stupid of a question that was.

We set up for the shot in an open area near the practice field.  Midway through the shoot some of the other players ran past during a training drill.  You could tell Davonte was buds with everybody.  He got teased about getting his picture taken, but he gave it right back to them with a smile on his face.

I knew the shot ESPN wanted was one with the prosthetic leg off.  I was little timid in asking Davonte if we could shoot one like that, but  Davonte was all for it; that was the shot the editor liked and used in the magazine.  I shot that photo a couple different ways, one with him holding the leg and one with the leg on the ground in front of him.  The top photo in the blog is the pose the magazine used. 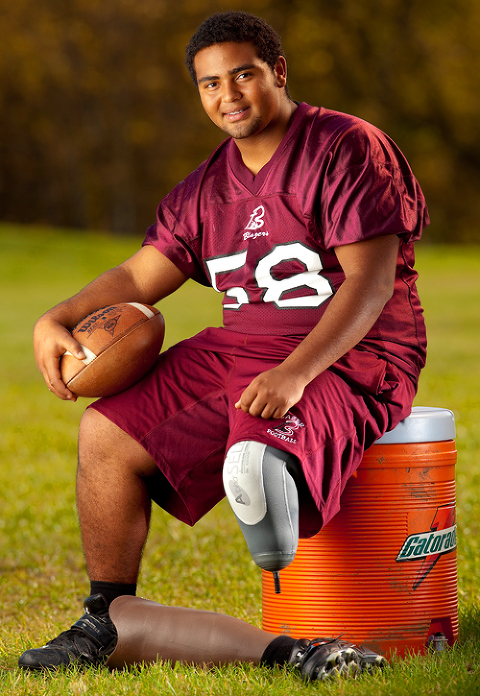 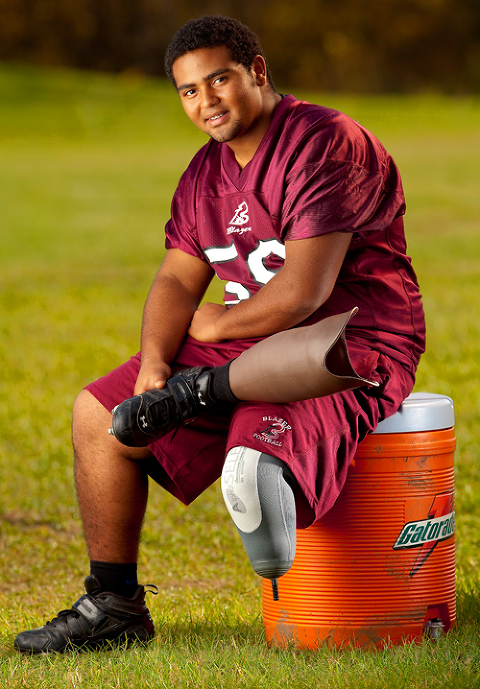 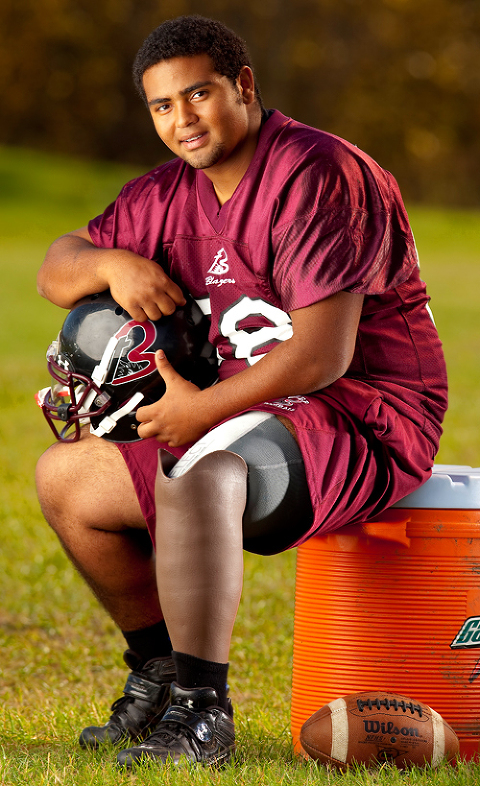