If You Had To Pick One From The Two Photos Below Which One Would You Pick?

Thursday, August 15, 2013
For the past three year I’ve working on a project for the architects of the Green Bay, Wisconsin CityDeck to capture how visitors to the deck use and enjoy it.  One of the features of the deck is a water feature that shoots water up in to the air.  Kids, adults and even dog love to run through it. It’s made for some decent shots, but I’ve been trying to capture a more dynamic photo of the area during my last few visits.  Late in the day the water gets backlit just right and you can use the shadow side of a building across the river as your background with a long lens to make the water particles stand out.  Last night I positioned myself about a half block away with a 300mm lens and set my camera to a high shutter speed to freeze the water and shallow depth of field to clean up the background.  As I stood there in the middle of a road with a limited amount of traffic I waited for just the right moment.  I got some okay stuff, but kind of run of the mill and even a little to busy with people.  I had to leave my shooting spot a few times due to traffic and I was just about ready to call it good enough when two great moments happened.  For the first one everyone cleared out and I could see a young boy getting ready to bolt through the spray.  His run made for a couple real nice shots that I thought captured the fun of the water feature very well.  Just as I was about to walk away happy I saw a young couple on a date and you could tell the guy was teasing the girl.  He grabbed her as she laughed and tried to pull away, but he put her over his should and make a looping run through the water.  Her red hair was flying as it they ran and even got propelled up as it got hit by the water stream.  Two great shots in a span of about two minutes.  I was content and moved on.This morning I sat down at my computer and started to edit the photos.  I wanted to put one up on Instagram.  If you had to pick one from the two photos below which one would you pick?  I picked the one I call “Young Love”, but I’m second guessing myself.  I really like both shots.Thanks for looking!Mike 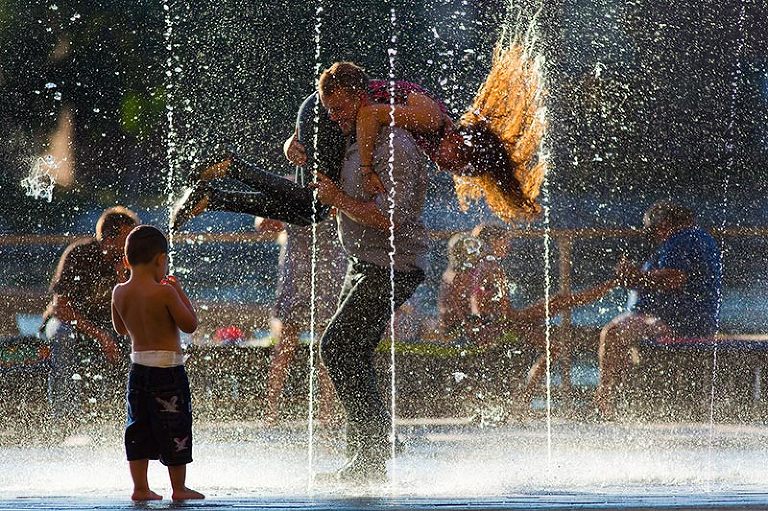 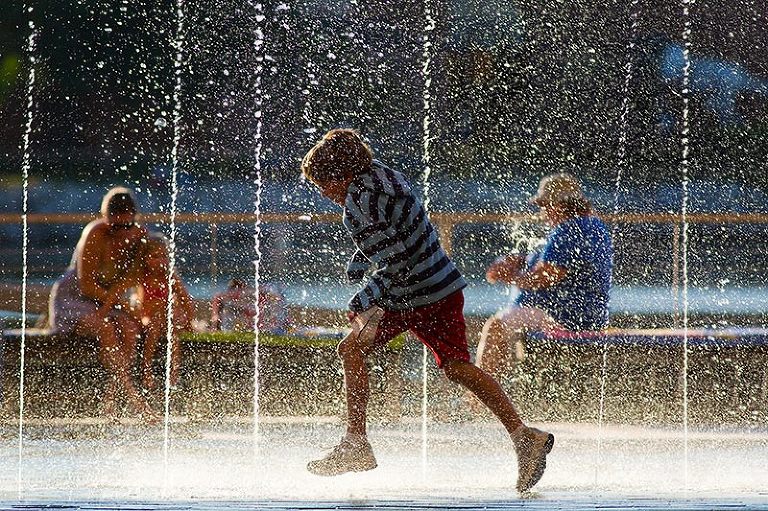