The Green Bay Packers lost to the Arizona Cardinals 17-0 at Lambeau Field on Saturday night August 9, 2013 to kick off the preseason.  It was the first time the Packers had been shut out in a preseason game since Hector was a pup and they played half their games at County Stadium in Milwaukee.  I started my day at Lambeau by heading to the newly opened south end zone expansion and getting the view of the field from up there.  I really like the shot I got of Packers kicker Mason Crosby warming up from mid field right in the middle of the Packers G.  It was also one of the first times most season ticket holder would get to sit in their new seats so I tried to record that.  As for the game I did okay if what your trying to do is get the scoring plays.  I got some nice action and reaction of the Cardinals touchdowns.  Maybe my favorite photo from the game is Packers offensive lineman Josh Sitton modeling a Gilligan style Packers hat while spitting.I’ll be on the road for a week long out of state commercial photo shoot when the Packers play their next preseason game at Lambeau and I’m okay with that.  I’m looking forward to the start of the regular season and the excitement that brings.Thanks for looking!Mike 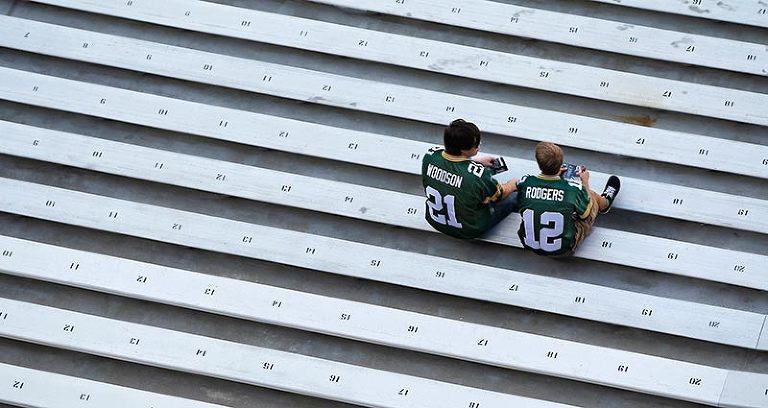 A couple of young Packers fans get to their seat early. 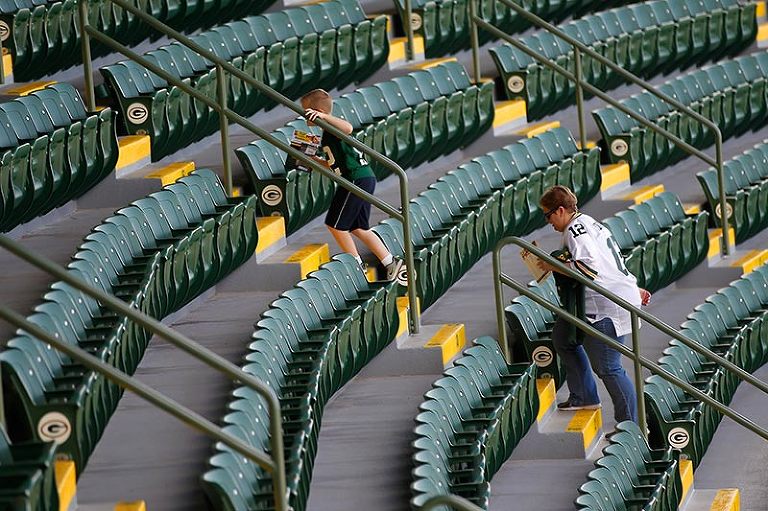 Fans head to their seats in the newly opened south end zone expansion. 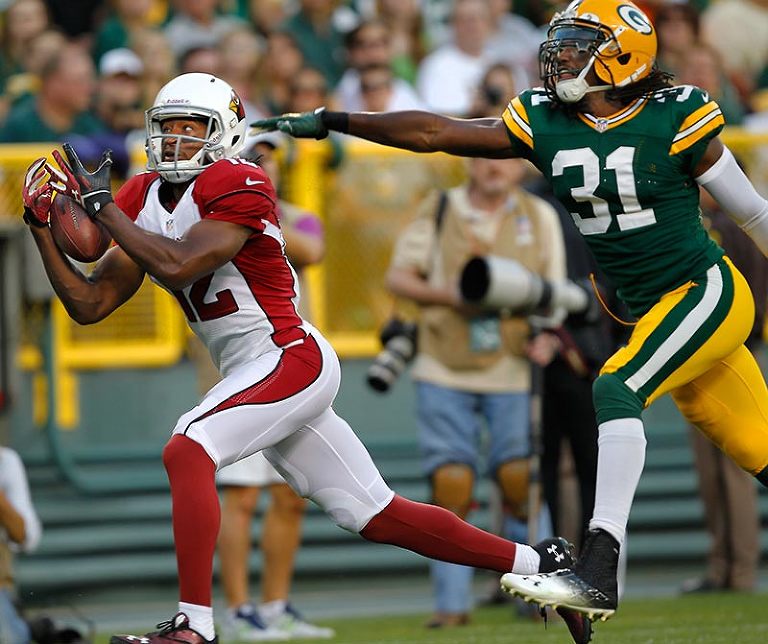 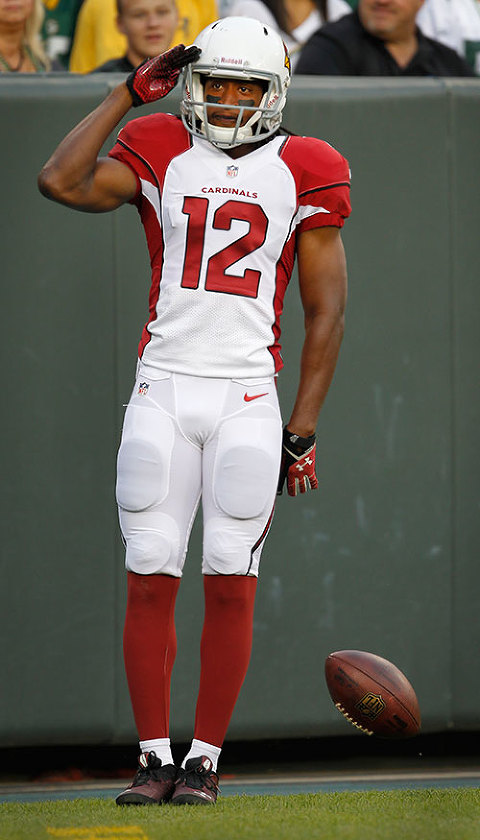 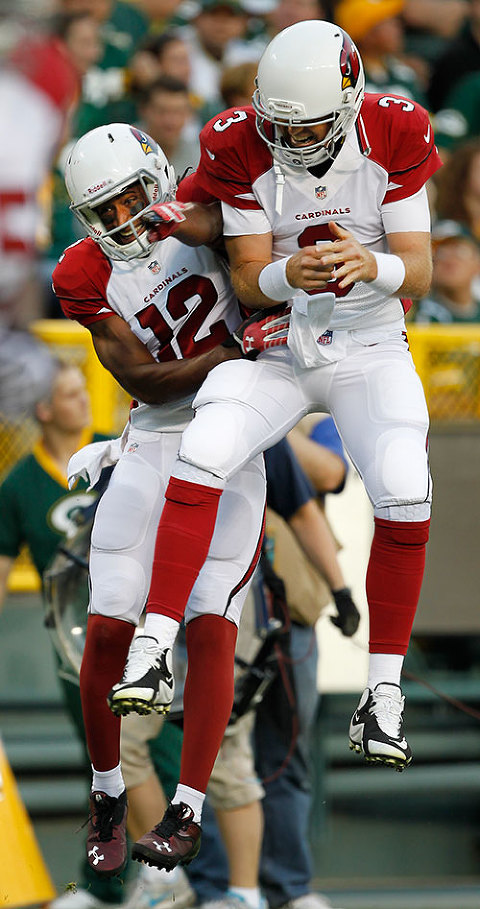 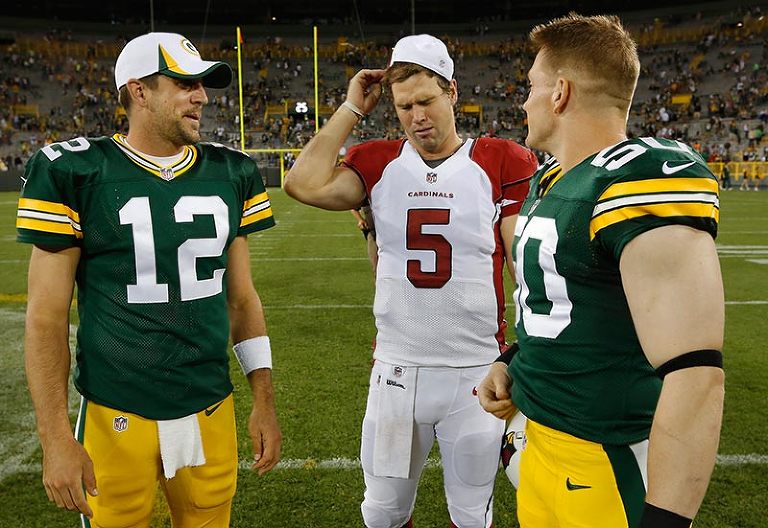 « Wisconsin Triathlon Photographer • Photos From The 2013 Door County Triathlon.
If You Had To Pick One From The Two Photos Below Which One Would You Pick? »