I didn’t think I had all that great of a week shooting at this past weekend’s Green Bay Packers vs Jacksonville Jaguars NFL football game.  I had one shot of Donald Driver connecting with a fan after doing a Lambeau Leap that I really liked and a few others that I though were okay.  Well, today I decided to take a break from editing and check out what the NFL has for the top 10 photos for week 8 of the NFL season.  I was pleasantly surprised when I saw I had two of the top 10.  One was the shot of Driver and the other is of Packers running back Alex Green leaping over a lineman as he gets hit by Jacksonville Jaguars linebacker Paul Posluszny.  Here is link to the top ten.  NFL Top 10 Week 8 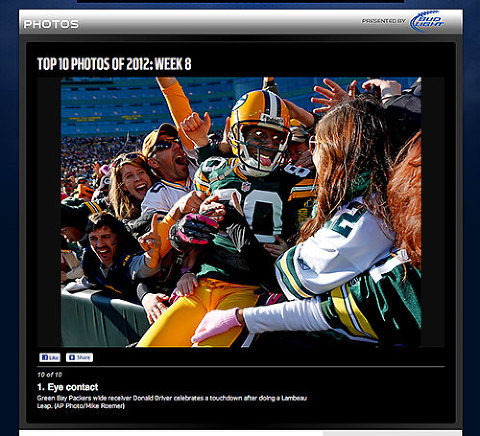 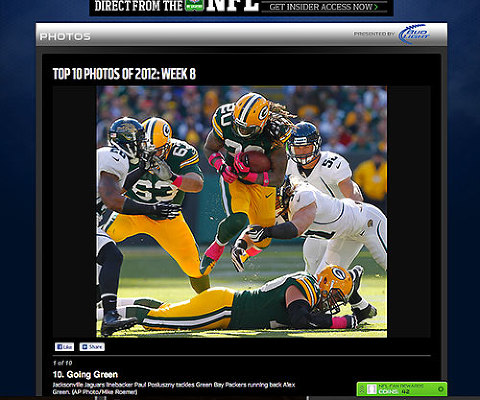