Photos From The Green Bay Packers vs The Arizona Cardinals NFL Football Game.

Here are some of my favorite photos from the Green Bay Packers vs Arizona Cardinal NFL football game at Lambeau Field on Sunday Nov. 4th, 2012 in Green Bay, Wisconsin.  With their 31-17 win over the Cardinal the Packers head into their bye week with a 6-3 record. As a sports photographer your always trying to tell the story of the game.  When I looked through my edit from the game it looks like the story was Green Bay packers quarterback Aaron Rodgers having another great game.  A highlight of the game was a 72 yard touchdown pass to tight end Tom Crabtree.  I was very happy with the way that play came together.  I was in the right spot to get the throw, catch, the run and the celebration in the end zone.  If only Crabtree hadn’t gone face first into the stands for his Lambeau Leap it would have been perfect.  I’d much rather see the face of a happy football player then the backside of a pair of yellow football pants.  I also think I found a nice moment to finish off the story when Rodgers shared a laugh with receiver coach Edgar Bennett as they walked off the field.Thanks for looking!Mike 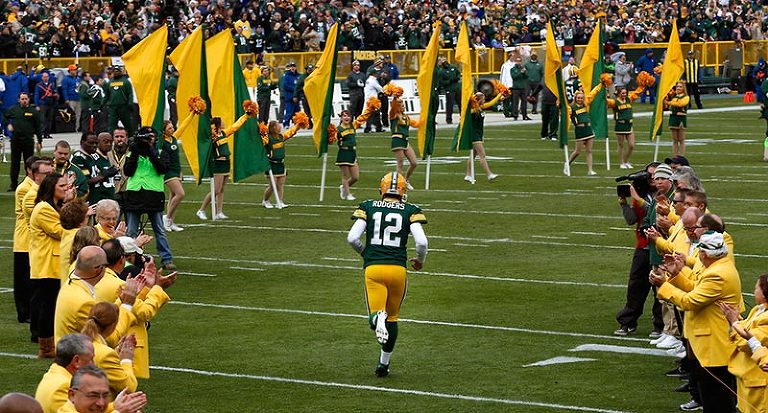 Green Bay Packers quarterback Aaron Rodgers runs on to the field before the first half of an NFL football game Sunday, Nov. 4, 2012, in Green Bay, Wis. between Green Bay and Arizona. 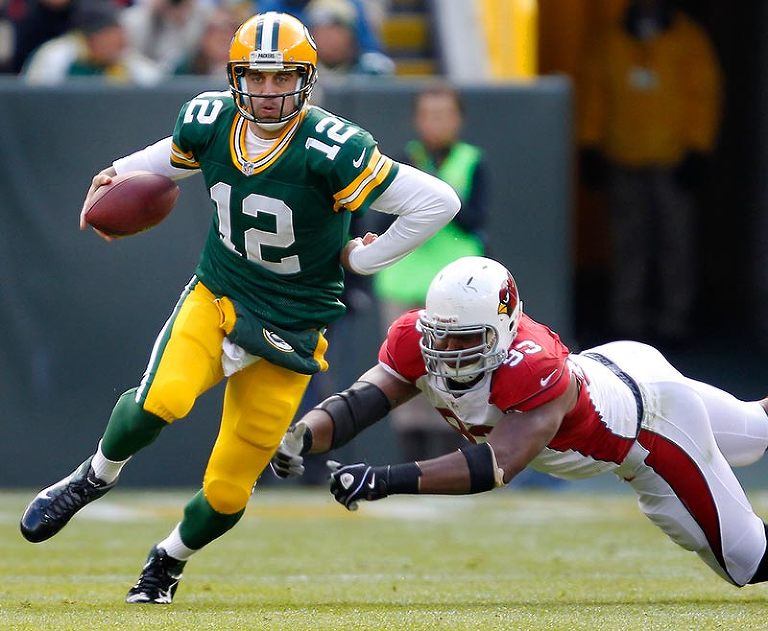 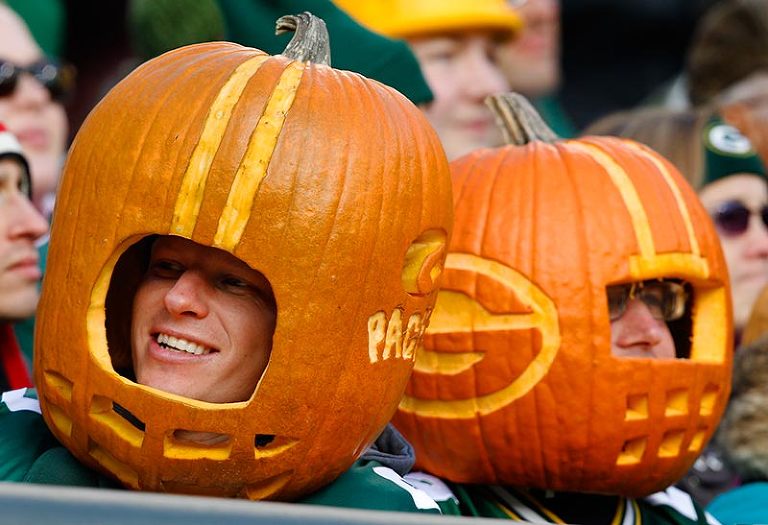 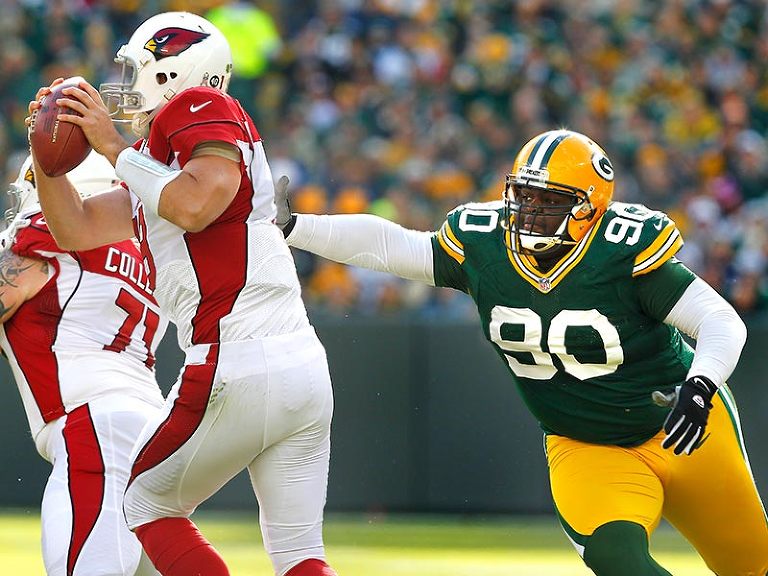 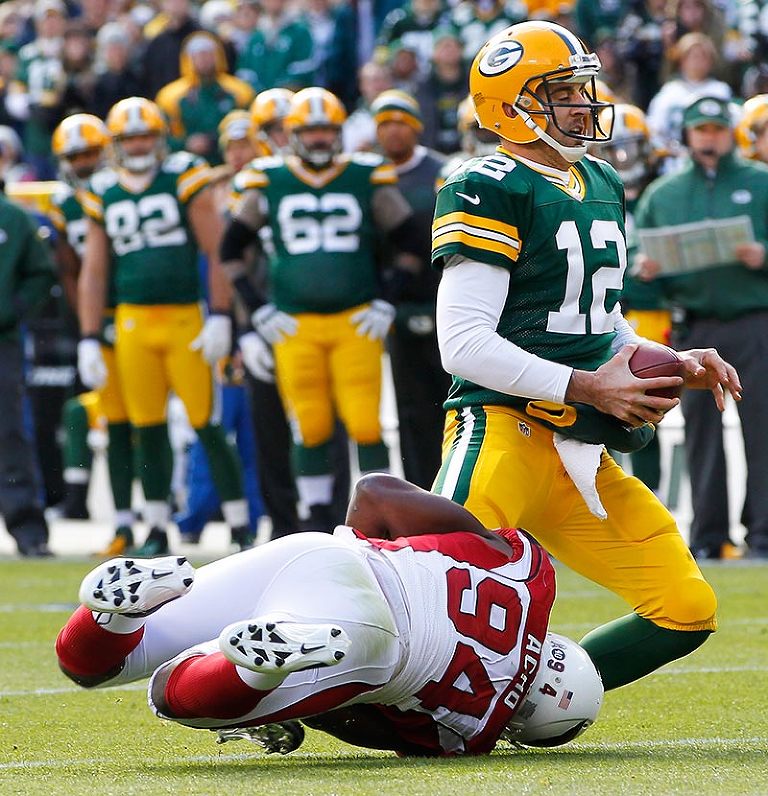 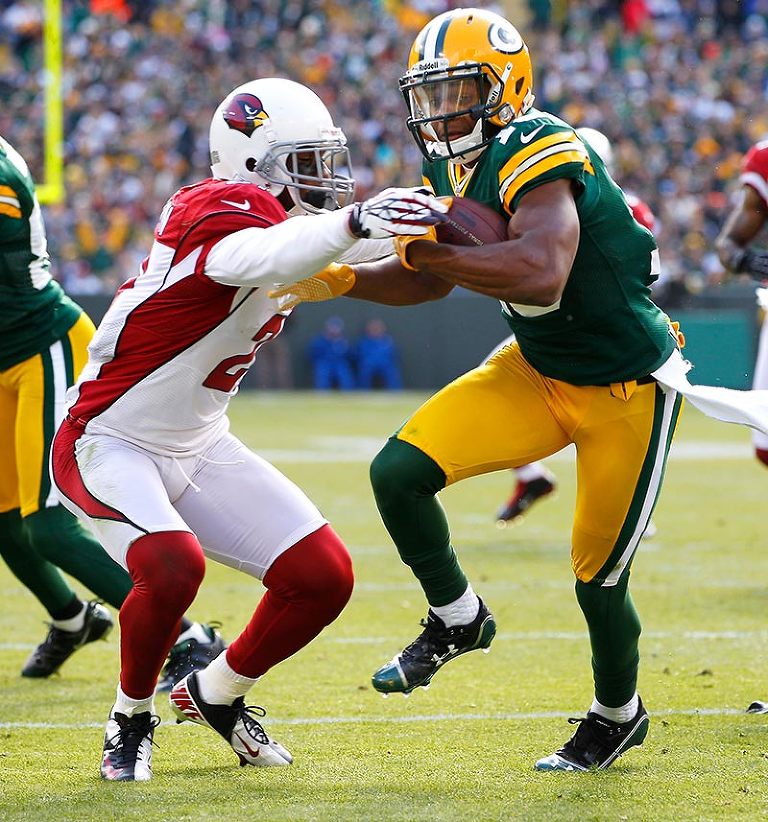 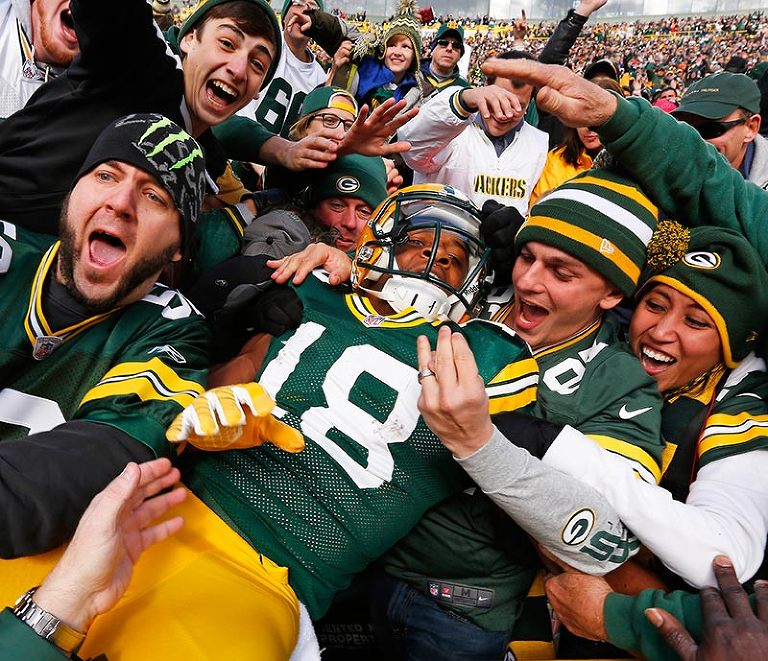 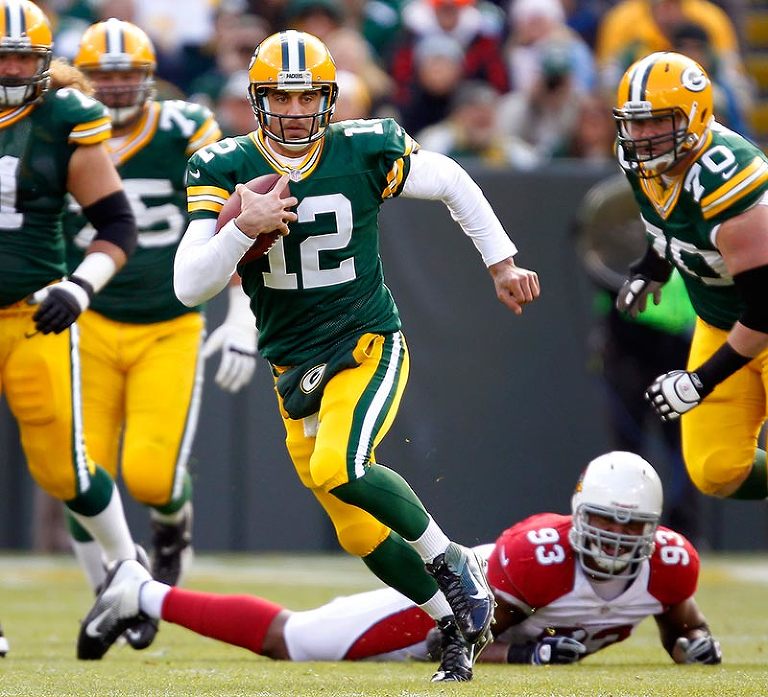 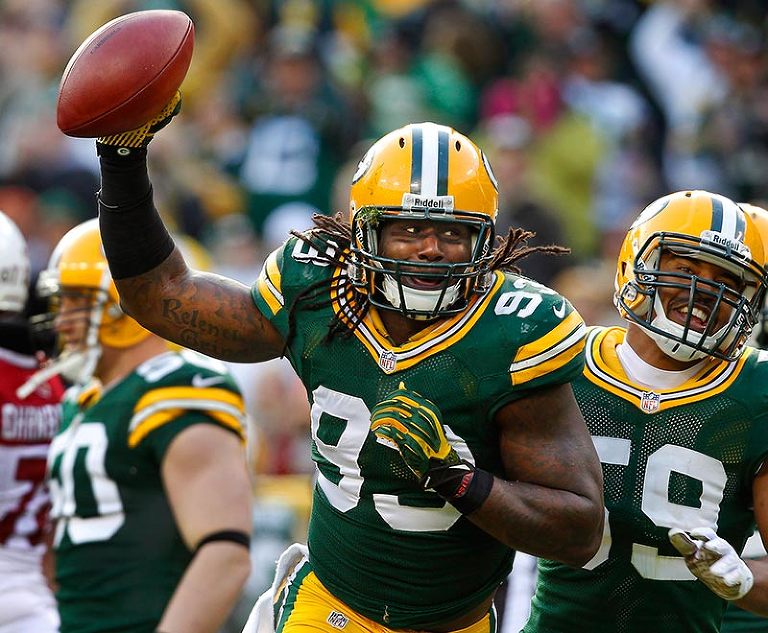 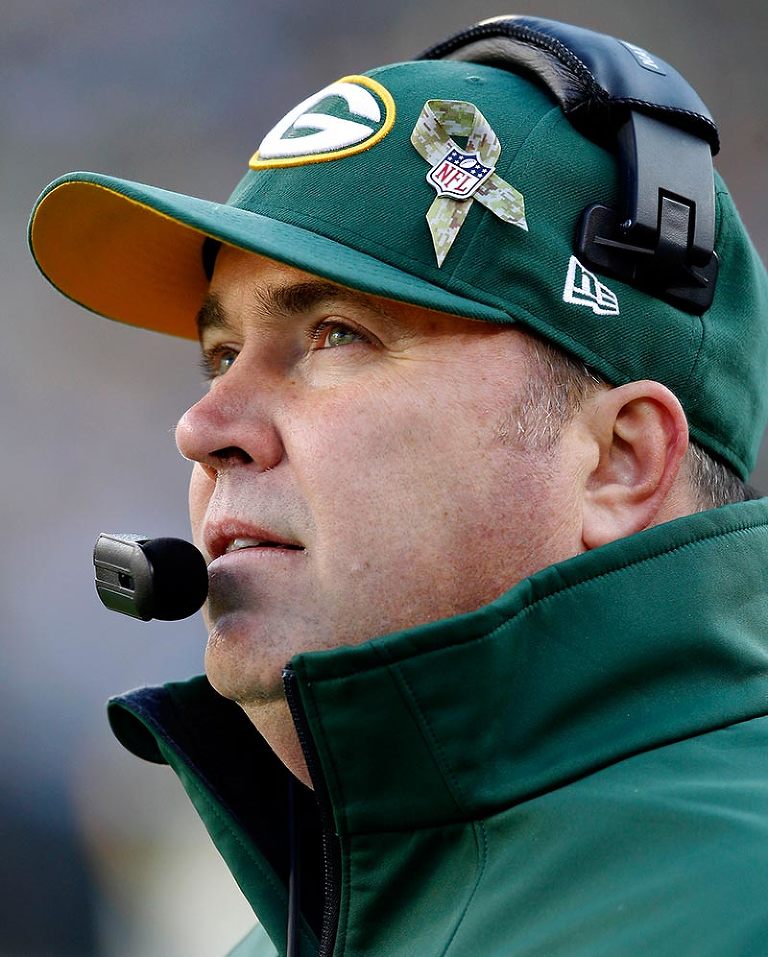 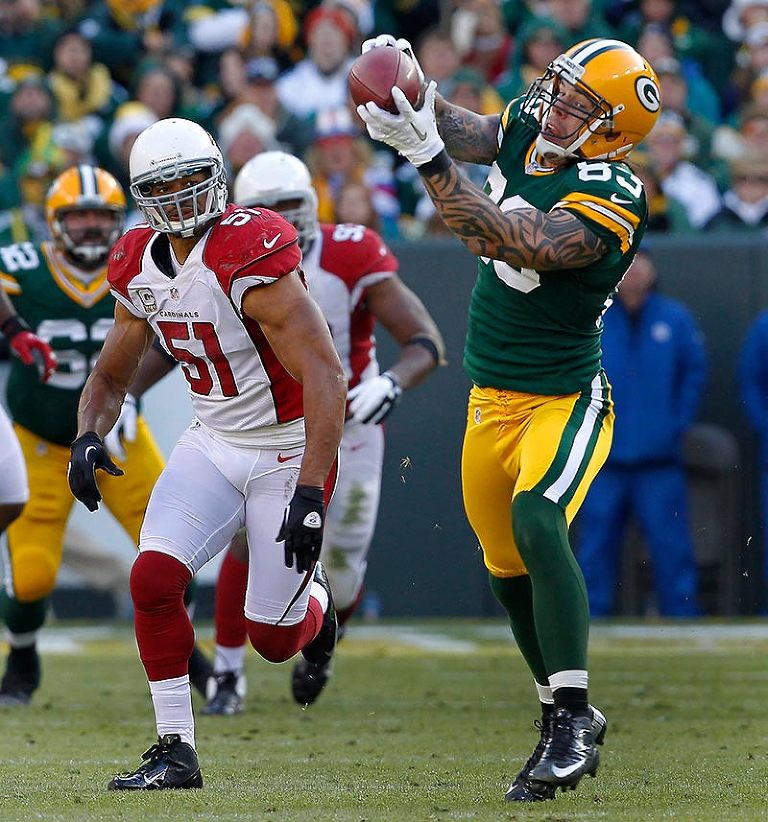 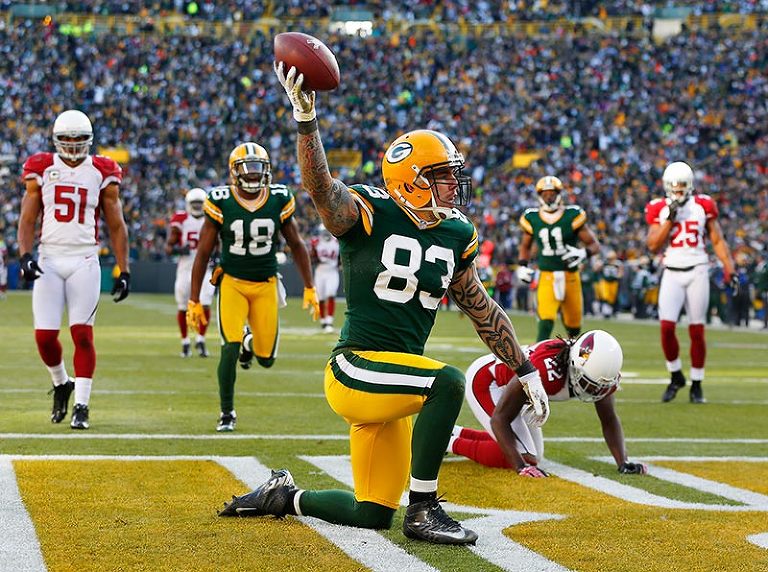 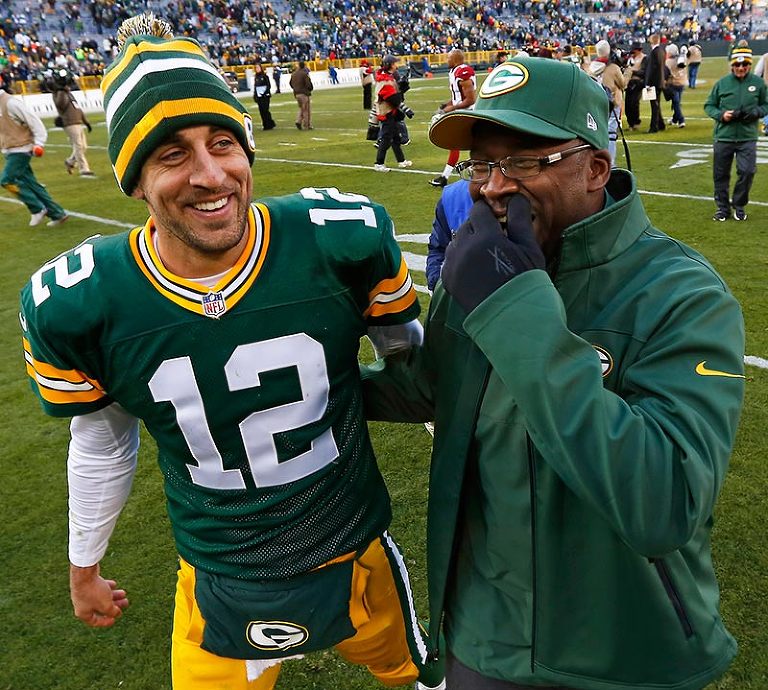