The Green Bay Packers lost their home NFL football opener at Lambeau Field on Sunday September 9th, 2012 to the San Francisco 49ers 30-22.  It sure wasn’t the way the Packers or their fans wanted to start the season, but the 49ers are one of the better teams in the NFL.  As a sports photographer I’m always excited to start shooting regular season NFL games after almost falling asleep covering a couple preseason games.  It was also fun to see how the light and sound is different at Lambeau after the additions to the stadium.I was happy with my photos from the games.  I think I told the story of the game and caught a couple unexpected moments.  Here are some of my favorite photos from the game.Thanks for looking!Mike 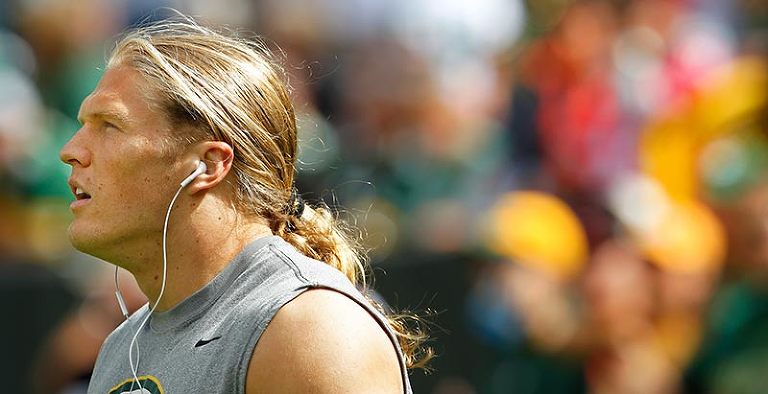 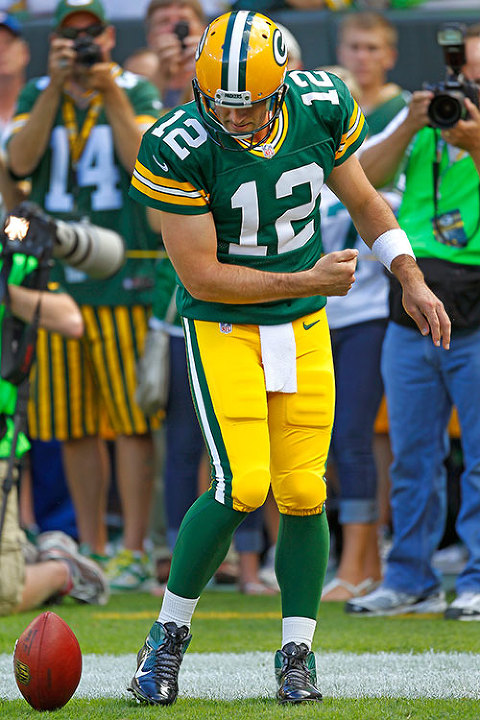 Green Bay Packers’ Aaron Rodgers does his pre-game ritual of spinning the ball on it’s end in the south end zone. 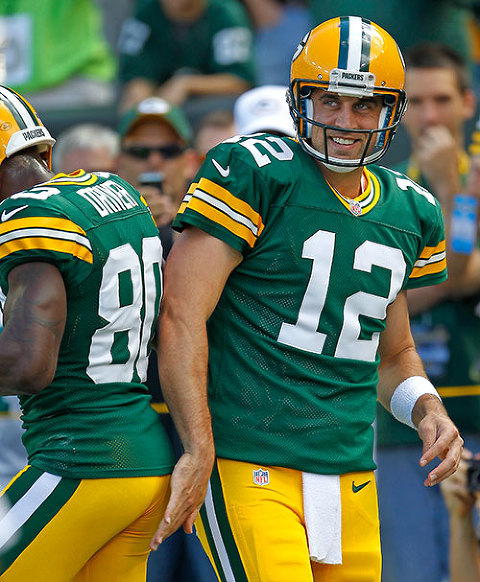 Packers Aaron Rodgers gives Donald Driver a tap on the butt before the game. 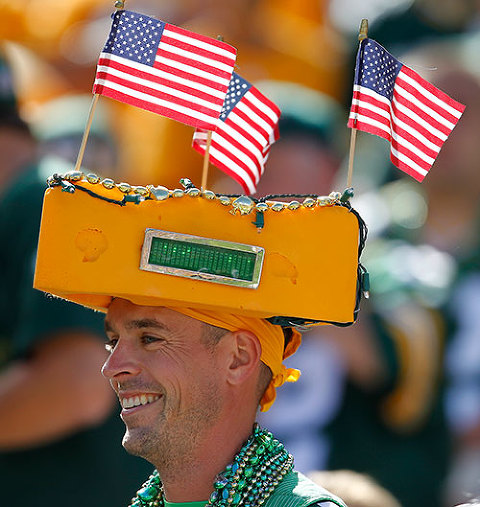 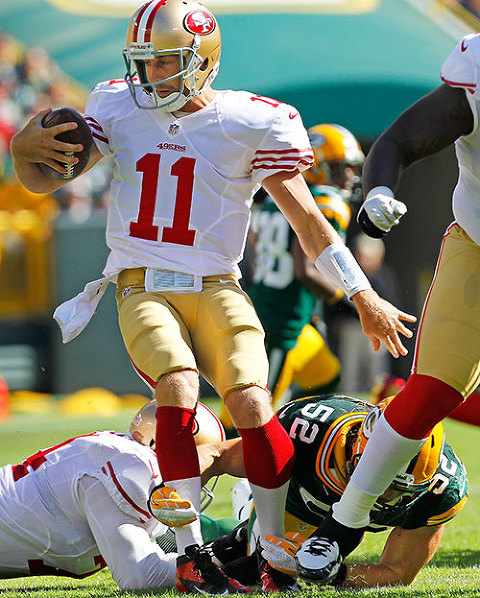 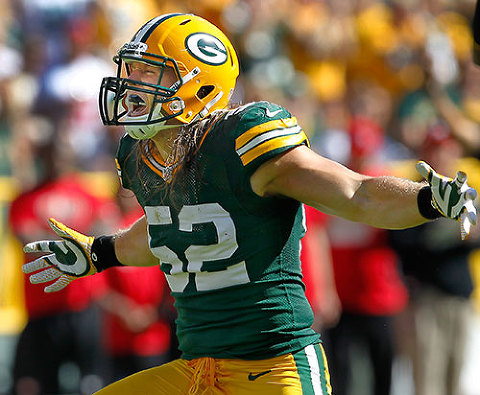 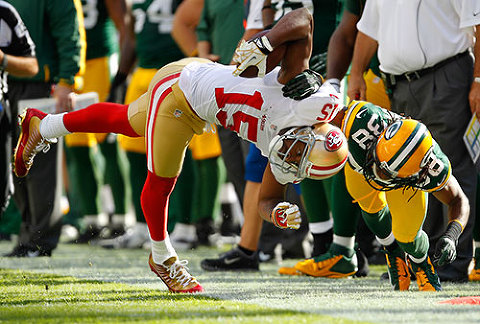 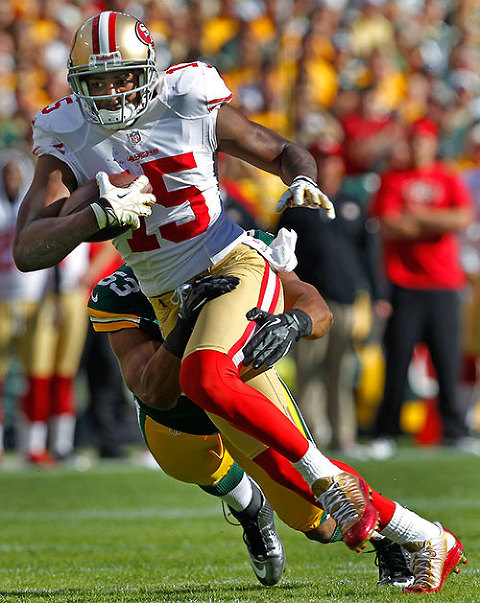 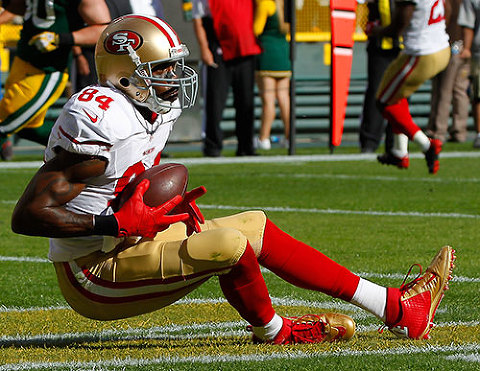 San Francisco 49ers wide receiver Randy Moss lands in the end zone after catching a pass for a touchdown. 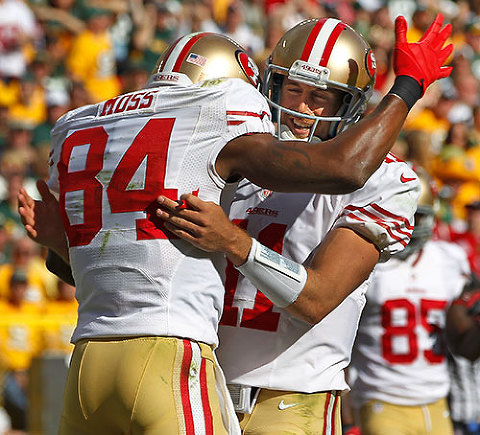 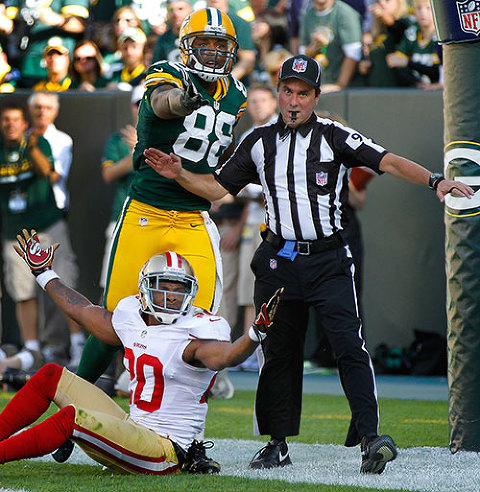 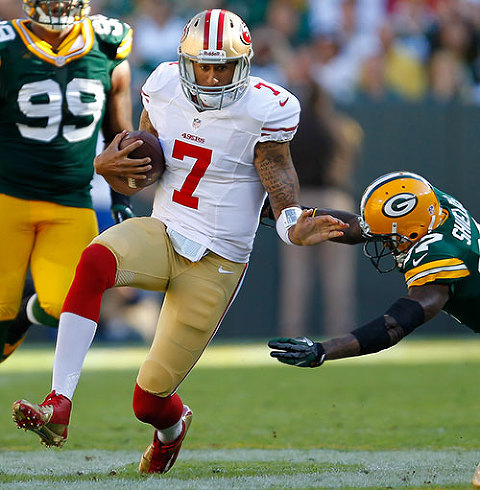 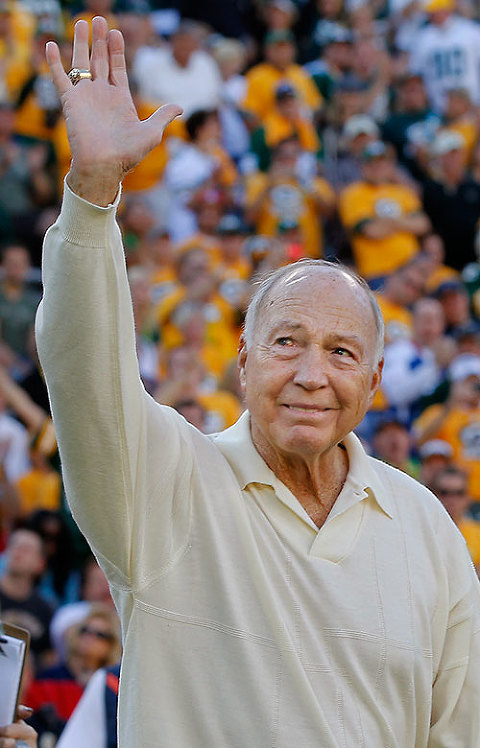 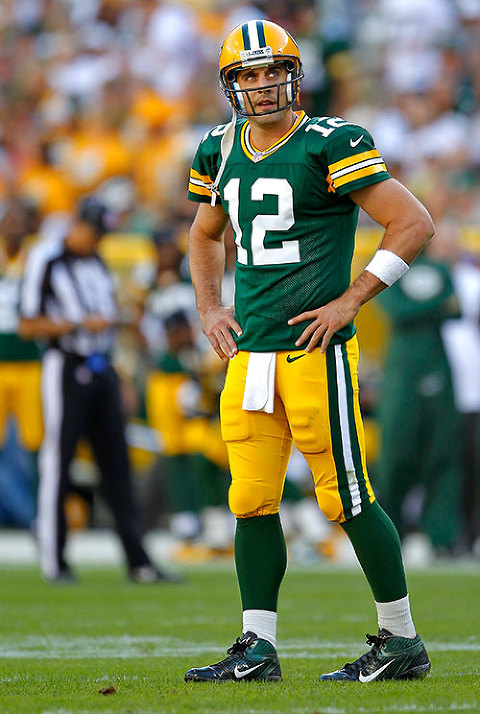 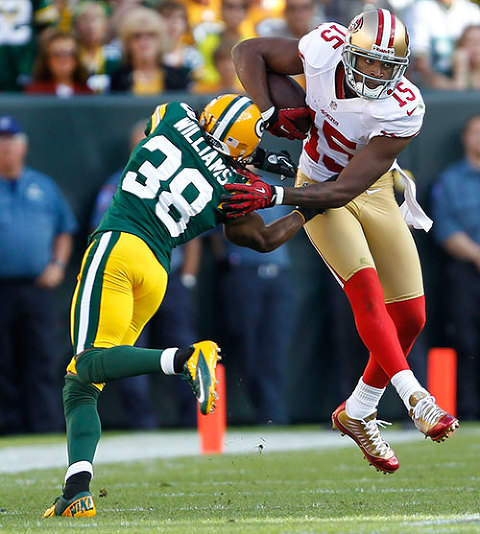 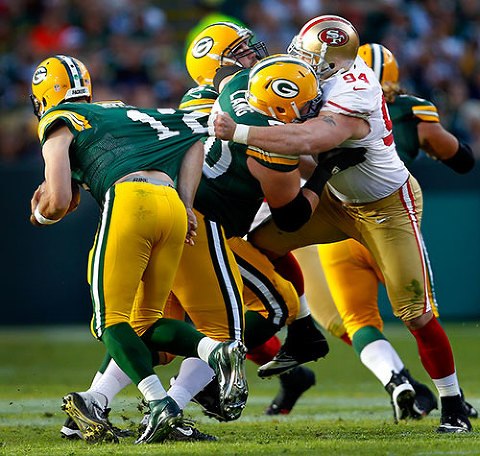 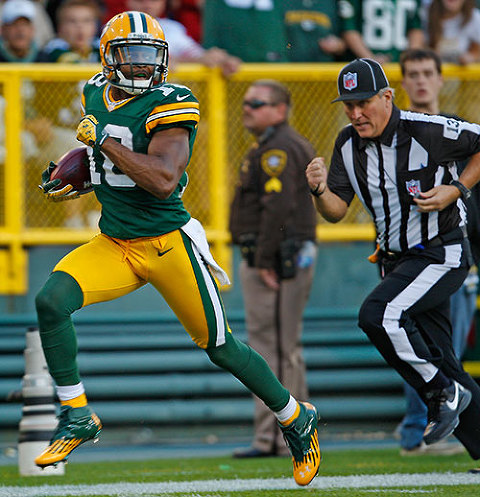 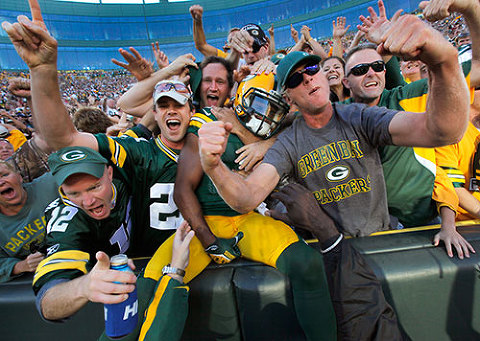 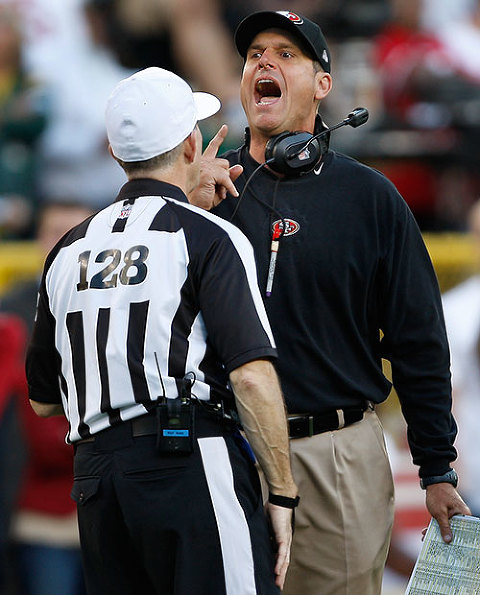 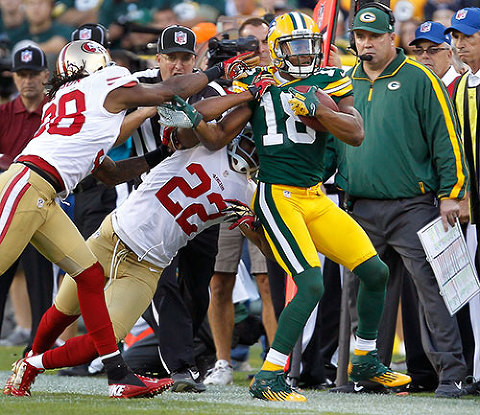 Packers Randall Cobb gets pushed out of bounds as coach Mike McCarthy looks on. 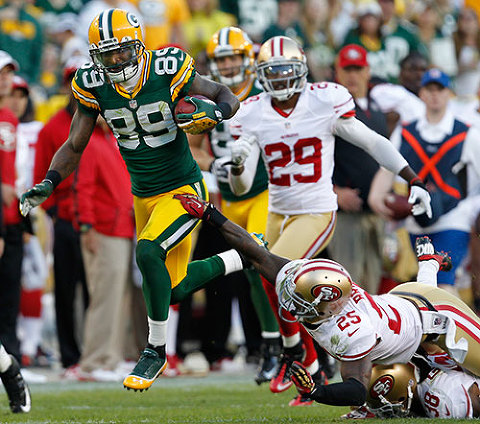 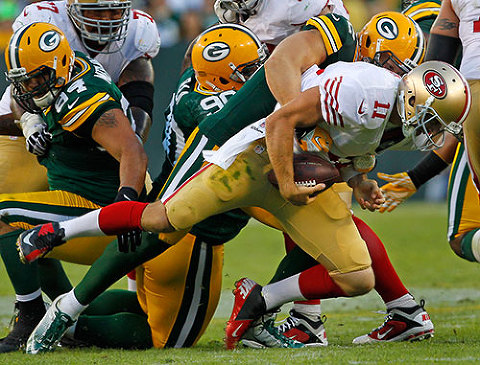 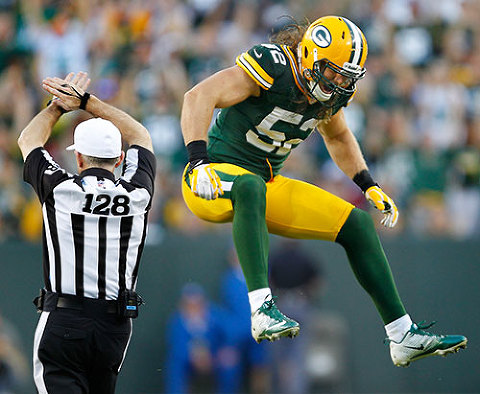 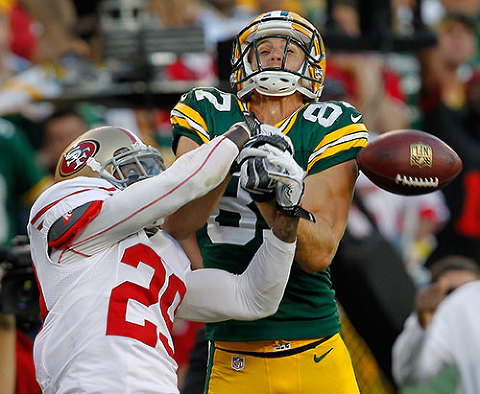 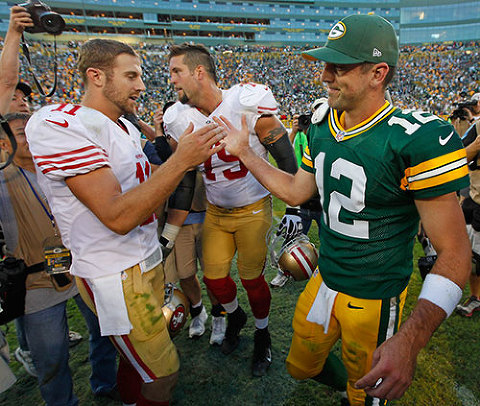