I enjoy covering any Green Bay Packers game at Leambeau Field, but covering the annual Green Bay Packers vs Chricago Bears game is always a little more special and this year having it be a prime time Thursday night game made it even more exciting.  The Packers won the game 23-10.  Packers Clay Matthews had 3.5 sacks and gave us photographer some visually friendly sack celebrations.I started my day looking for a different pre-game feature and was very happy when I found members of the Packers drumline warming up in an empty Lambeau Field.  I also felt that I was able to put a nice finsih to the story of the game with the mid field meeting of the two quarterback after the game and then Packers quarterback Aaron Rodgers running off the field and tossing a wristband into the stands.Thanks for taking a look!Mike 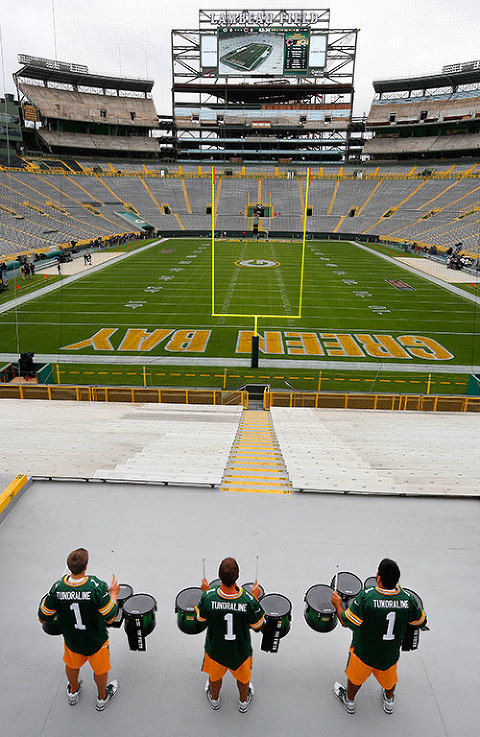 The Packers band the Tundraline warms up before the game. 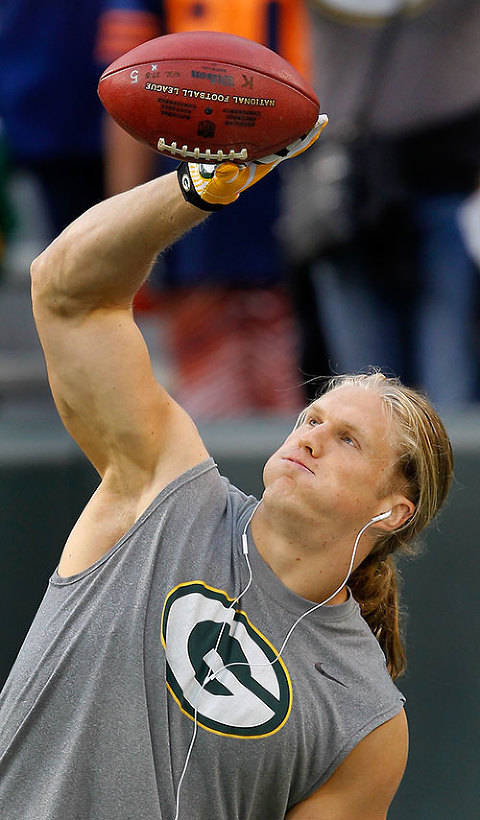 Green Bay Packers’ Clay Matthews warms up before the game. 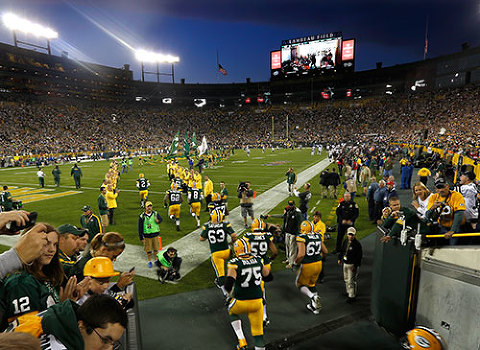 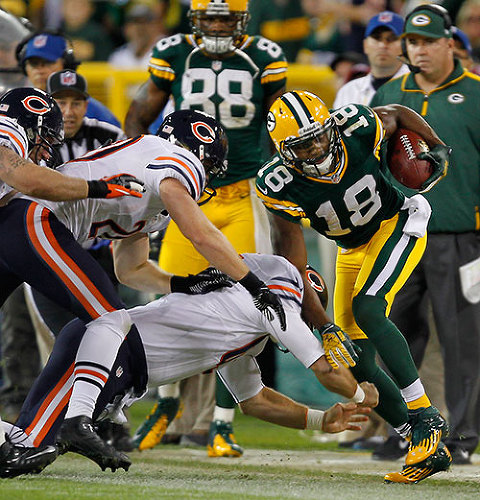 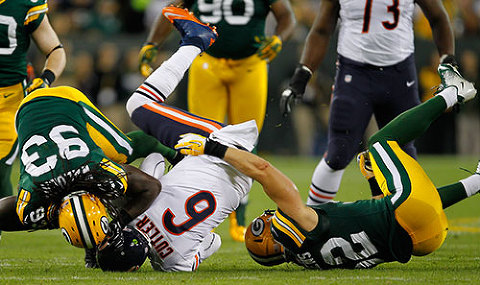 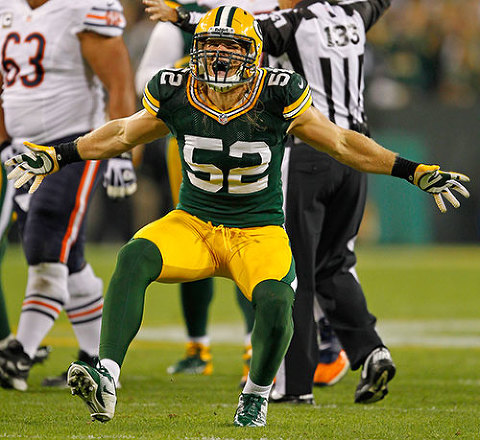 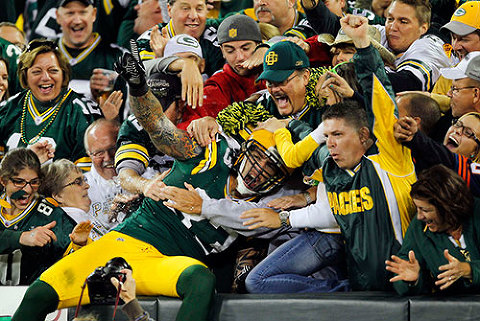 Green Bay Packers tight end Tom Crabtree does a Lambeau Leap after running in a pass on a fake field goal for touchdown. 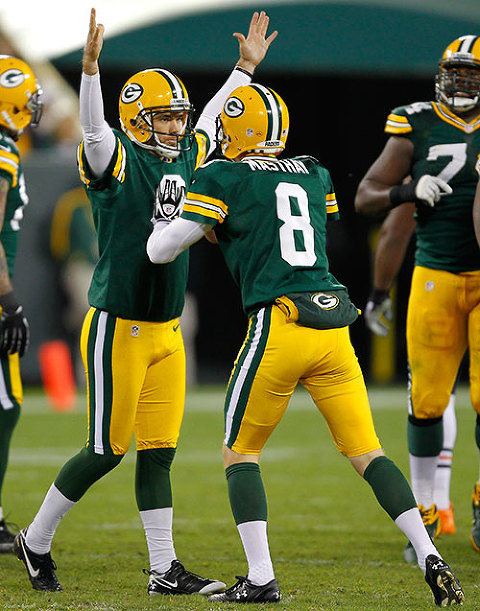 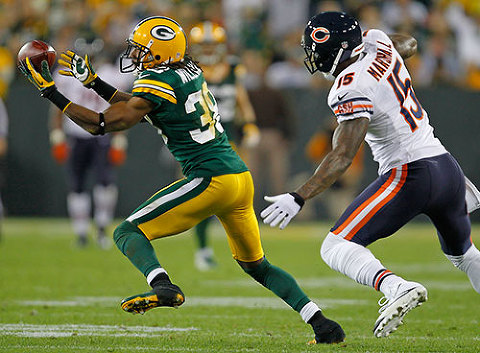 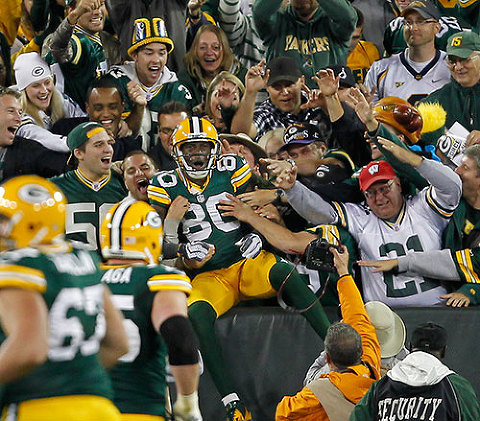 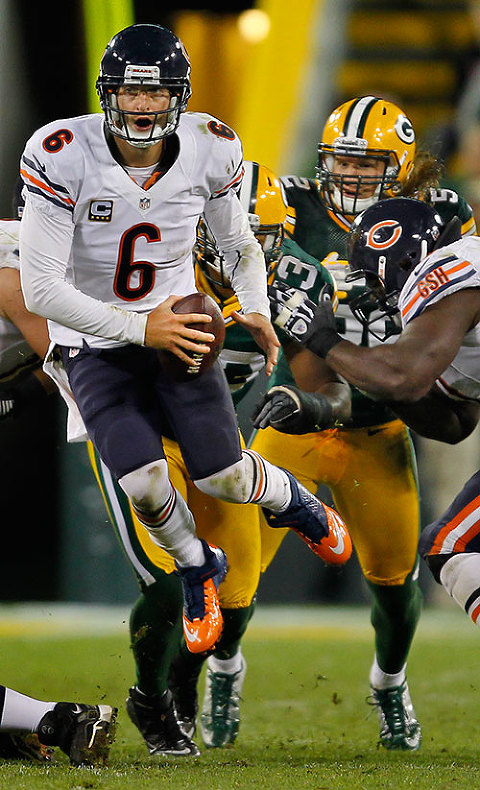 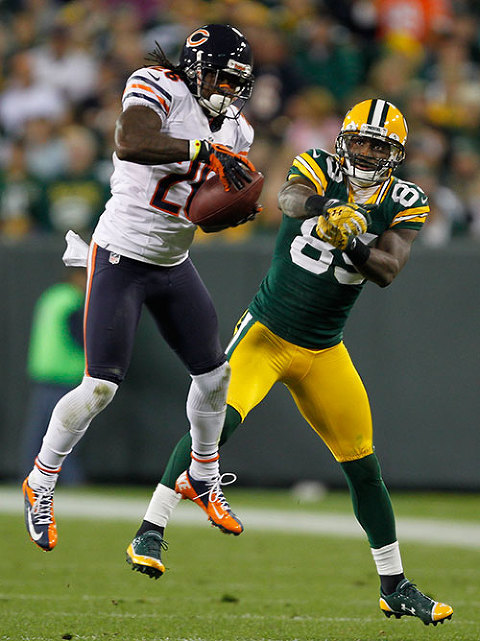 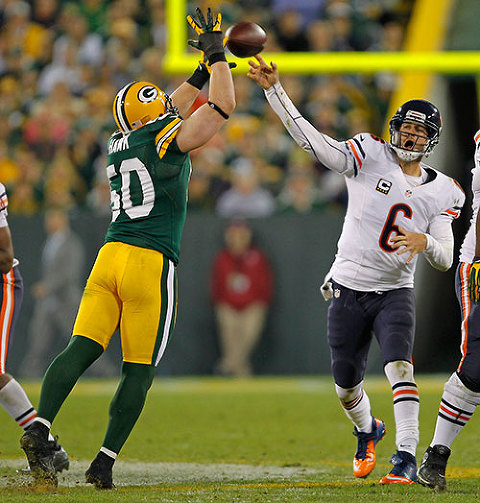 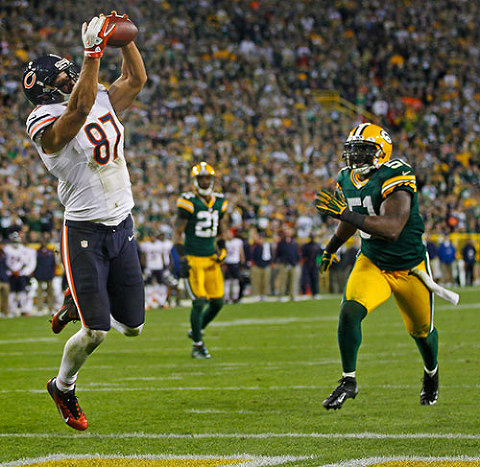 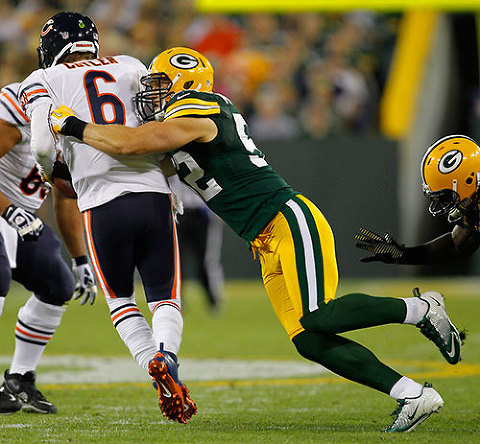 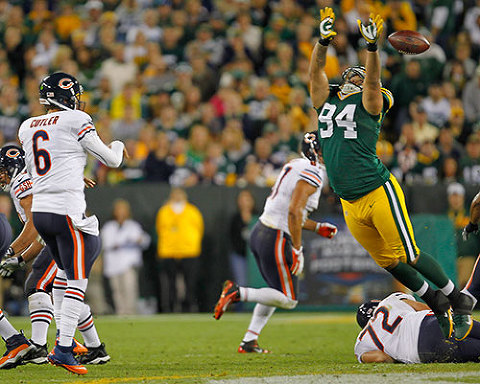 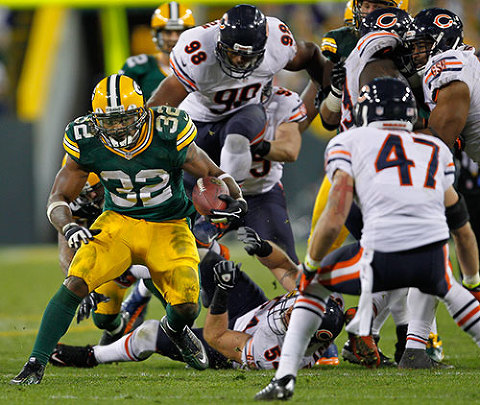 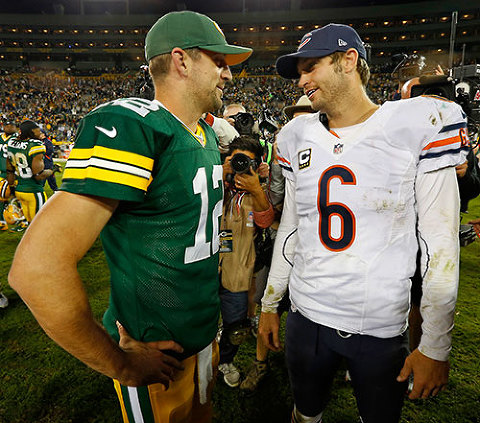 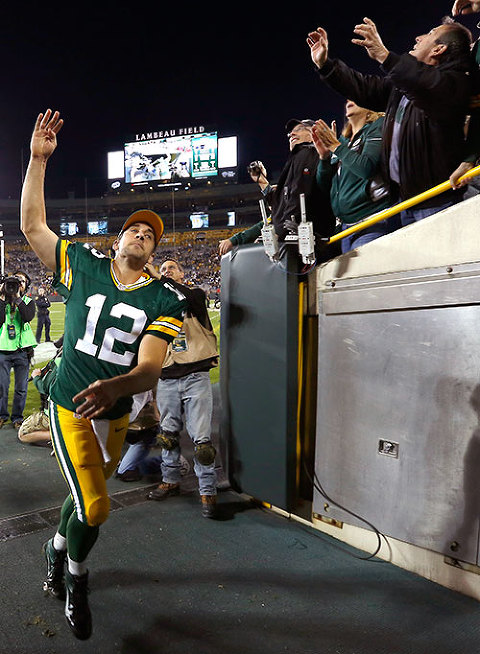 Green Bay Packers quarterback Aaron Rodgers tosses a wristband into the stands as he runs off the field.