The Green Bay Packers finally had their home opener after starting the season with two games on the road.  Packers’ quarterback Aaron Rodgers and the rest of the Packers offense had something to prove after having two games with sluggish offense.  Rodgers was back to his MVP form in their 34-27 win over the Detroit Lions with four first half touchdowns and Packers wide receiver Jordy Nelson is getting back to his pre knee injury self with 11 catches for 105 yards and two touchdowns.I felt like I didn’t have my best game, but after editing I was happy with my photos from the day.  Let’s hope the Packers come back from the bye week continuing their winning ways in three consecutive games at Lambeau Field.Thanks for looking!Mike 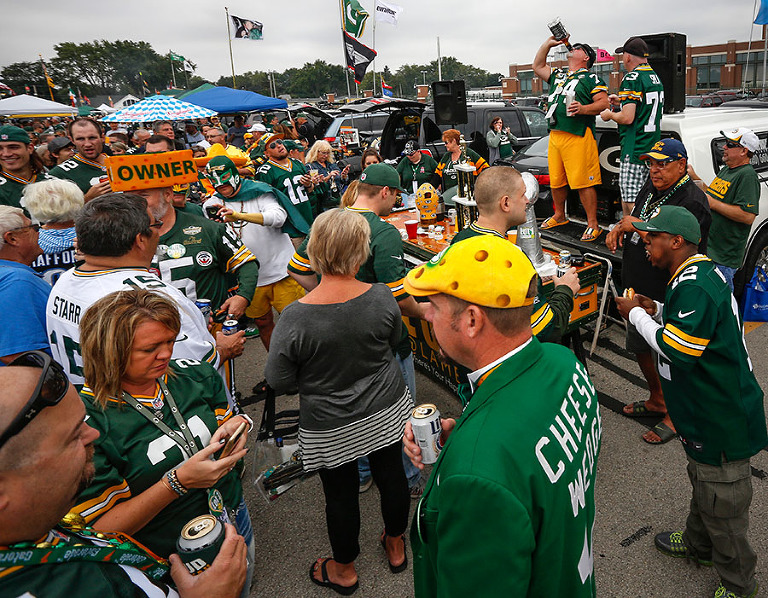 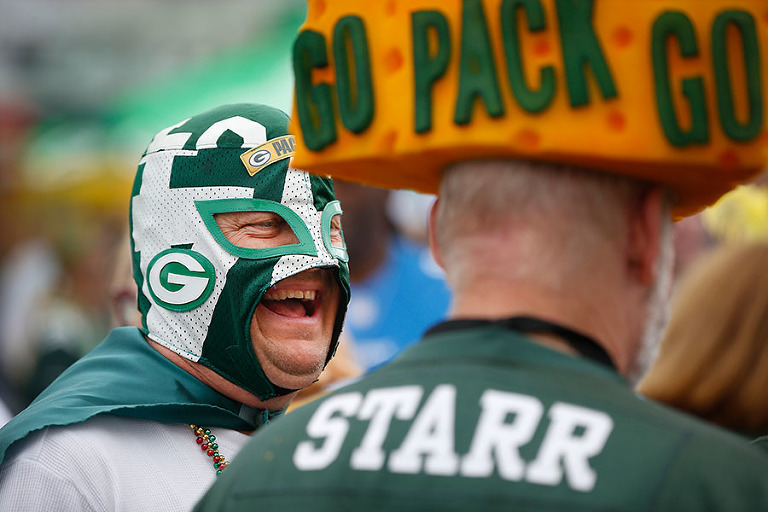 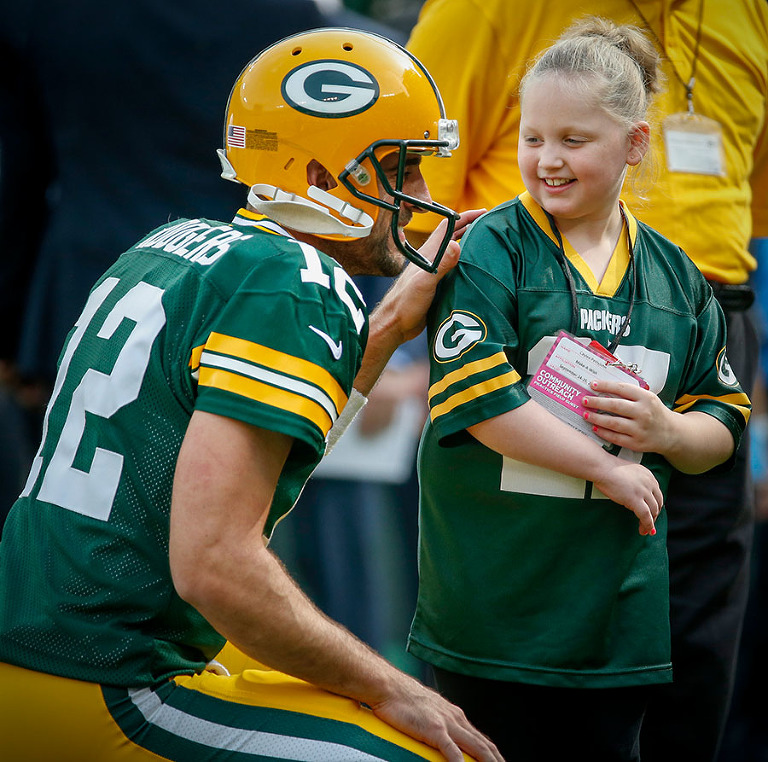 Green Bay Packers quarterback Aaron Rodgers poses for a photo with young fan before the game. 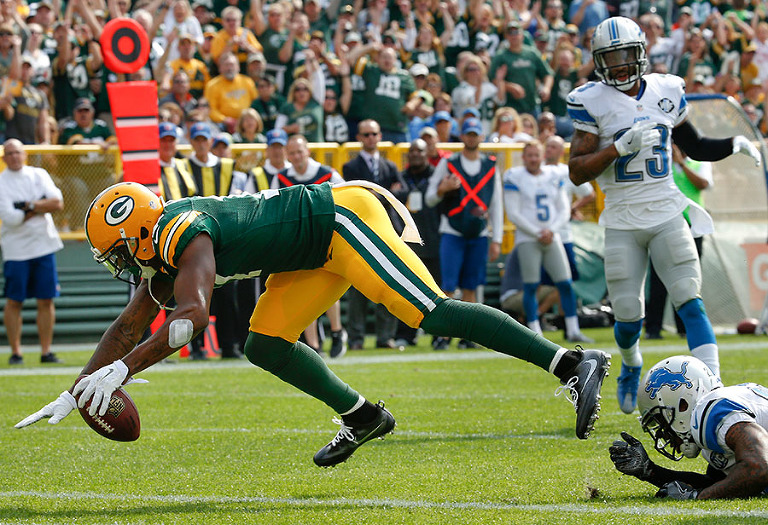 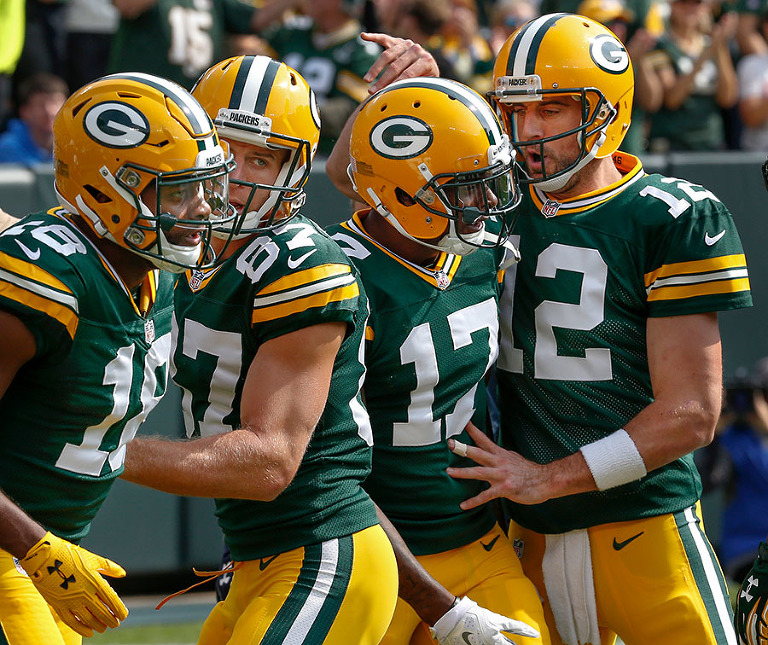 Green Bay Packers quarterback Aaron Rodgers celebrates one of his four first half touchdowns with his receiving corp. 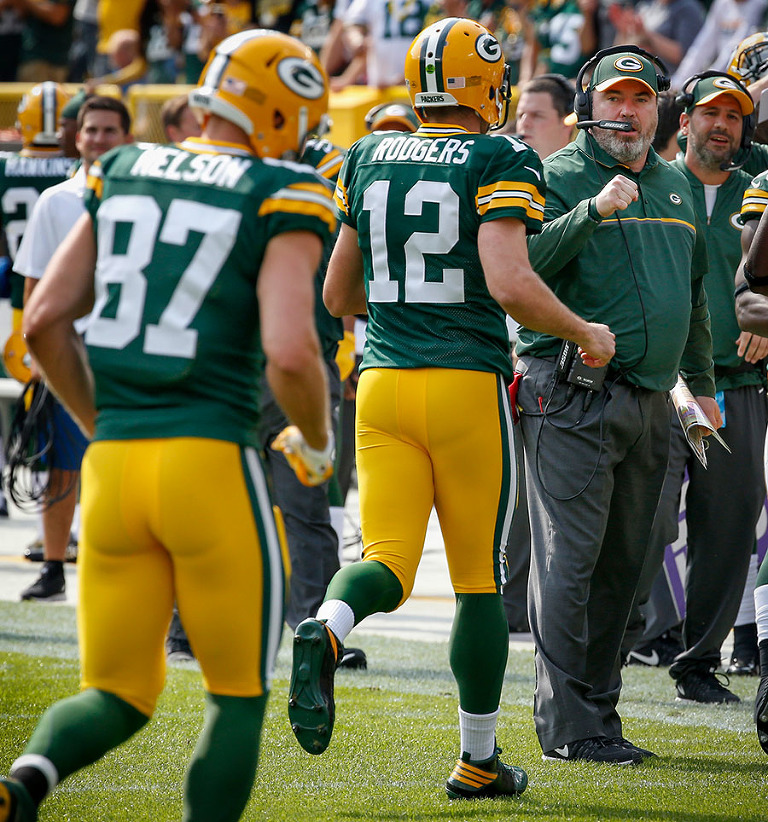 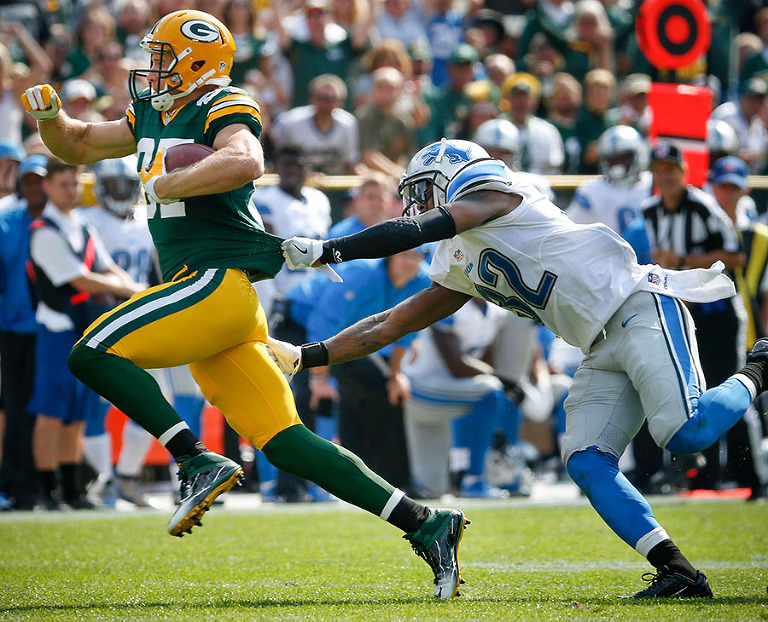 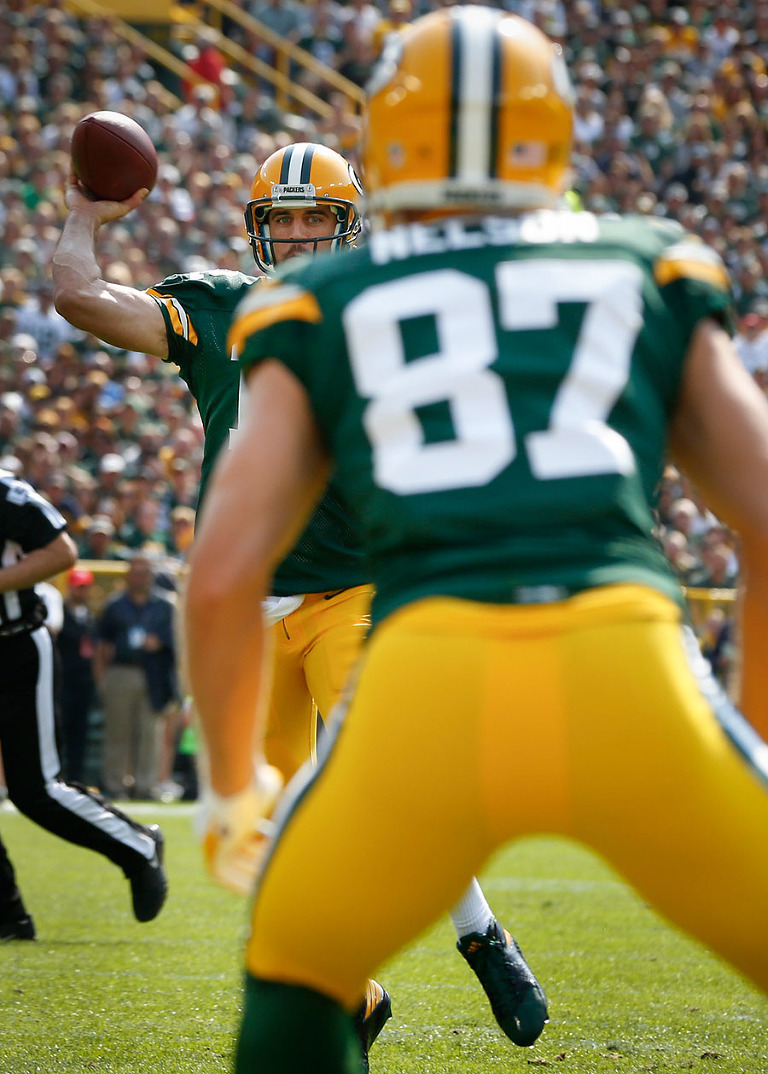 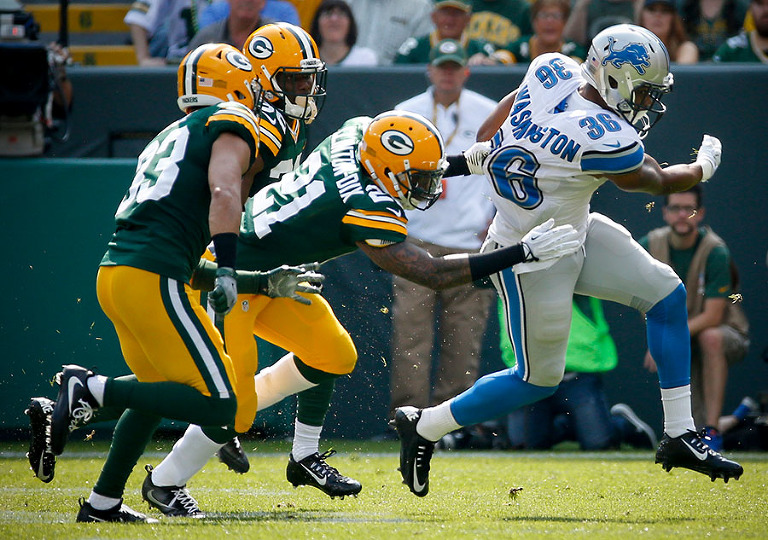 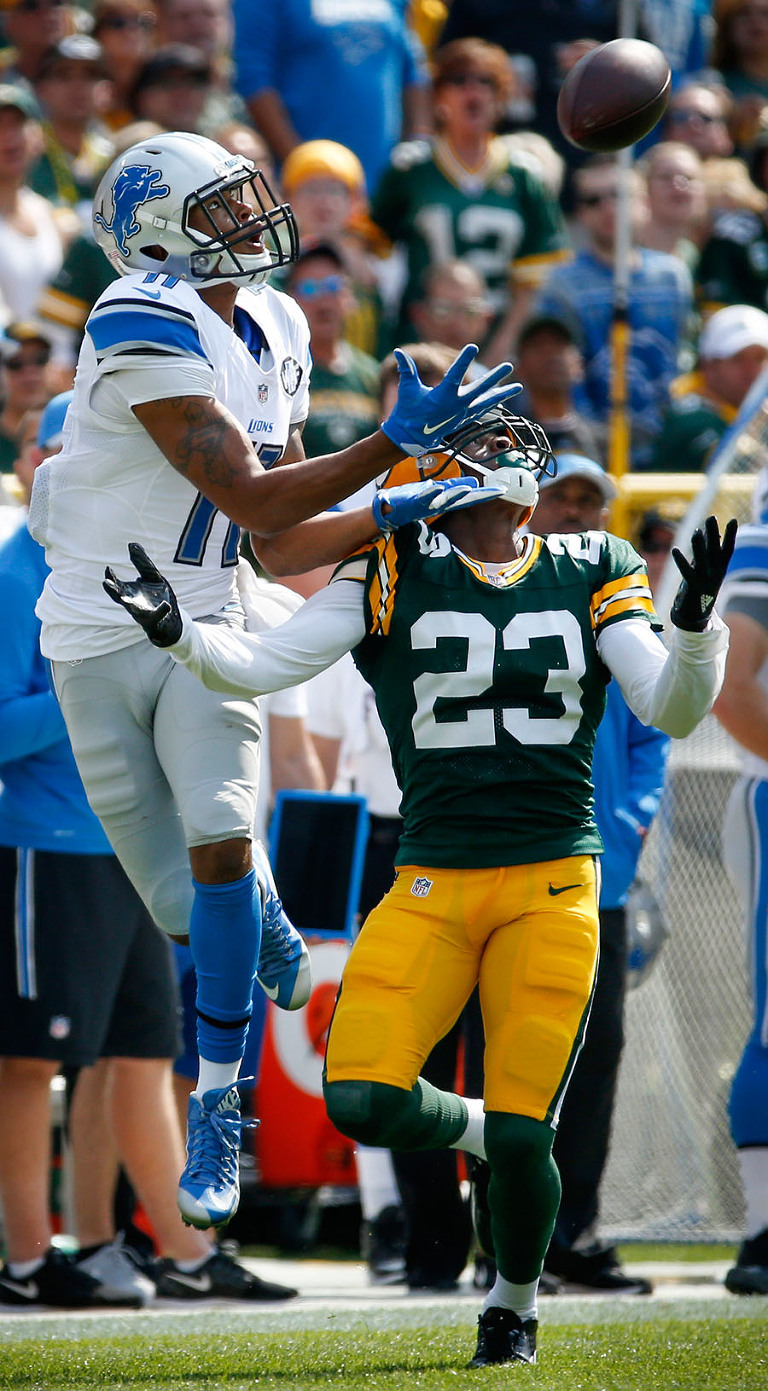 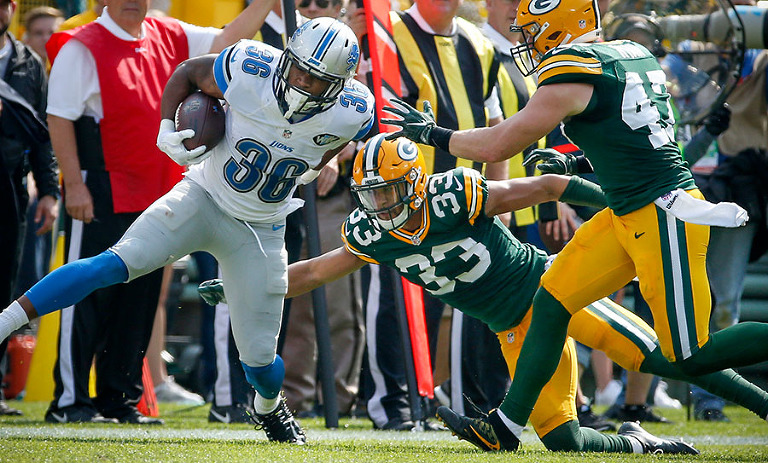 Detroit Lions running back Dwayne Washington tries to get away from Green Bay Packers strong safety Micah Hyde and inside linebacker Jake Ryan. 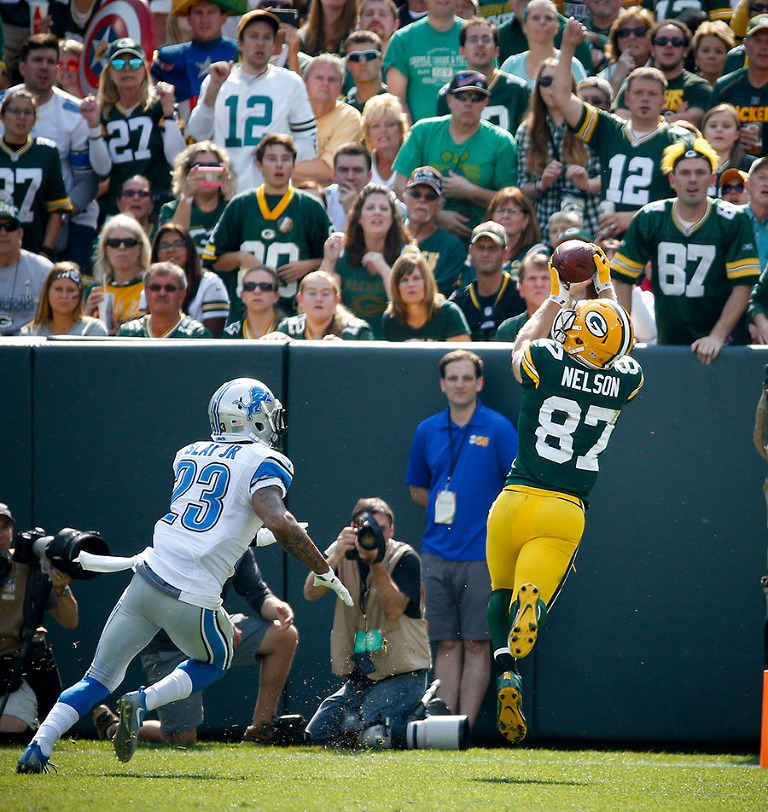 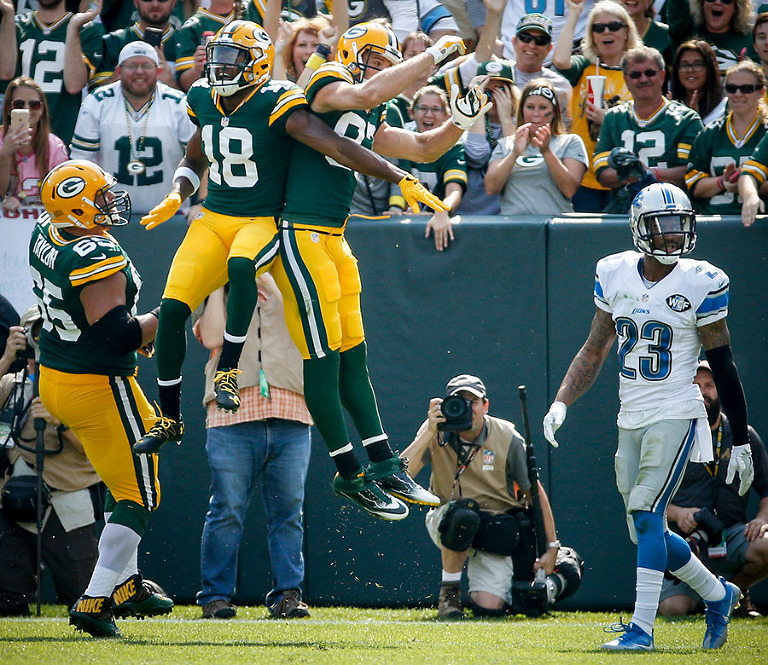 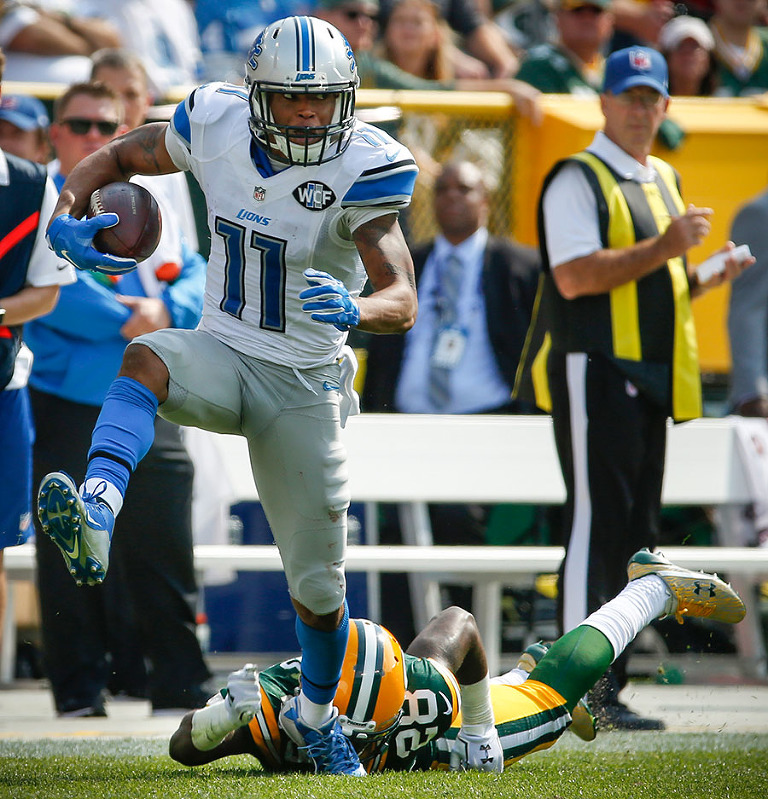 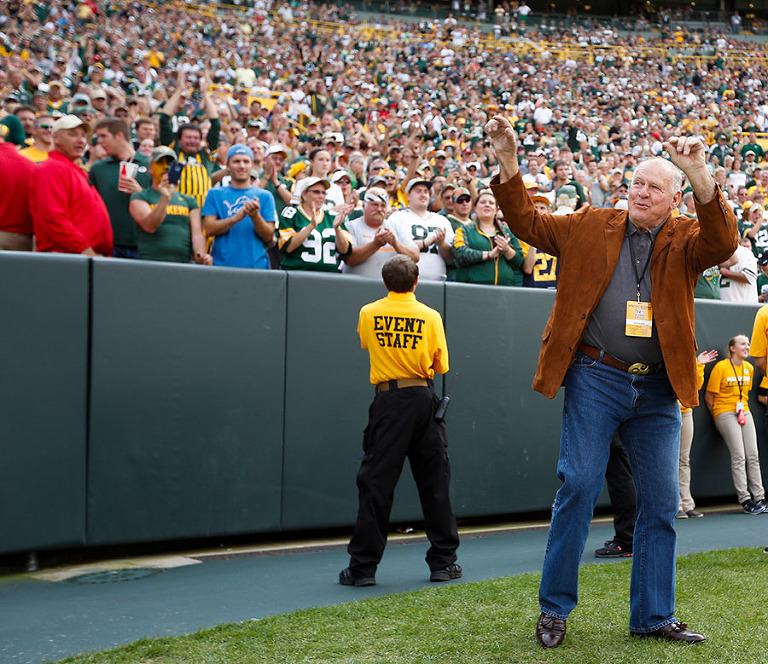 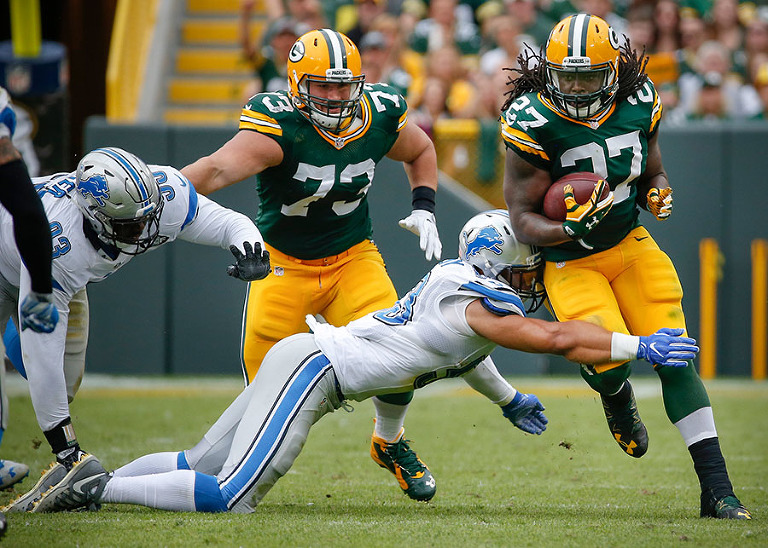 Green Bay Packers running back Eddie Lacy gets a few of his 103 yard on 17 carries. 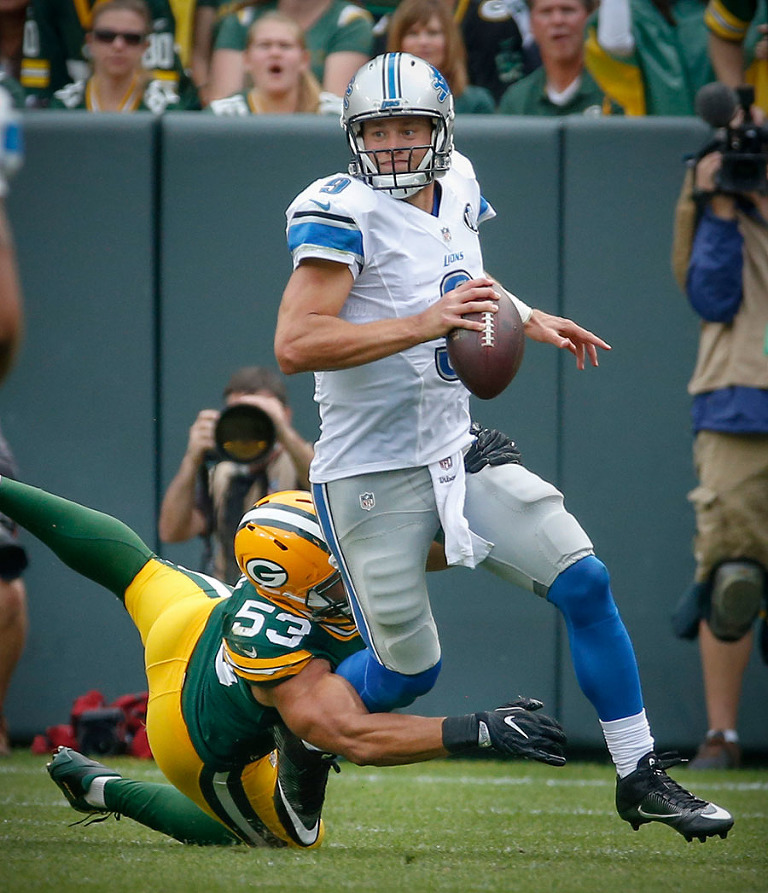 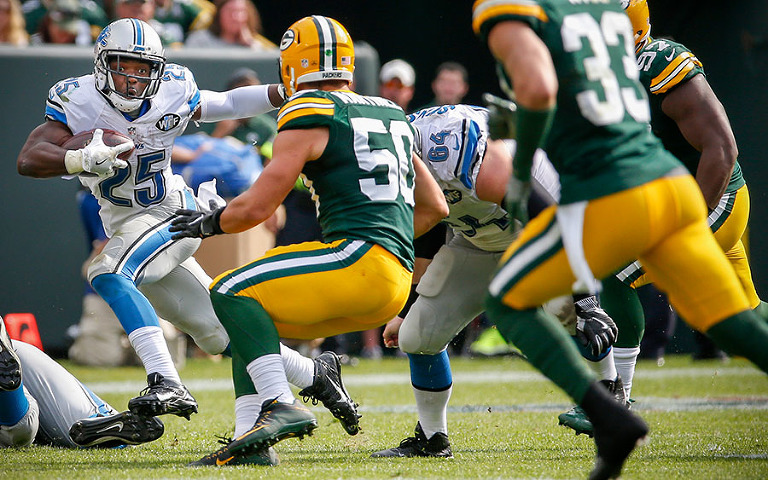 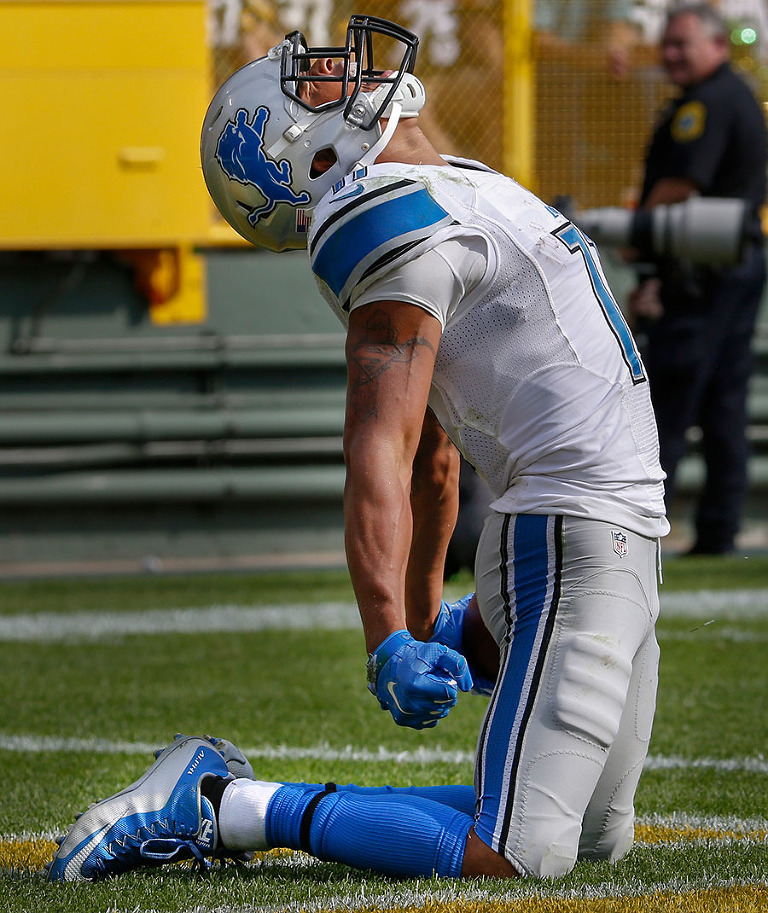 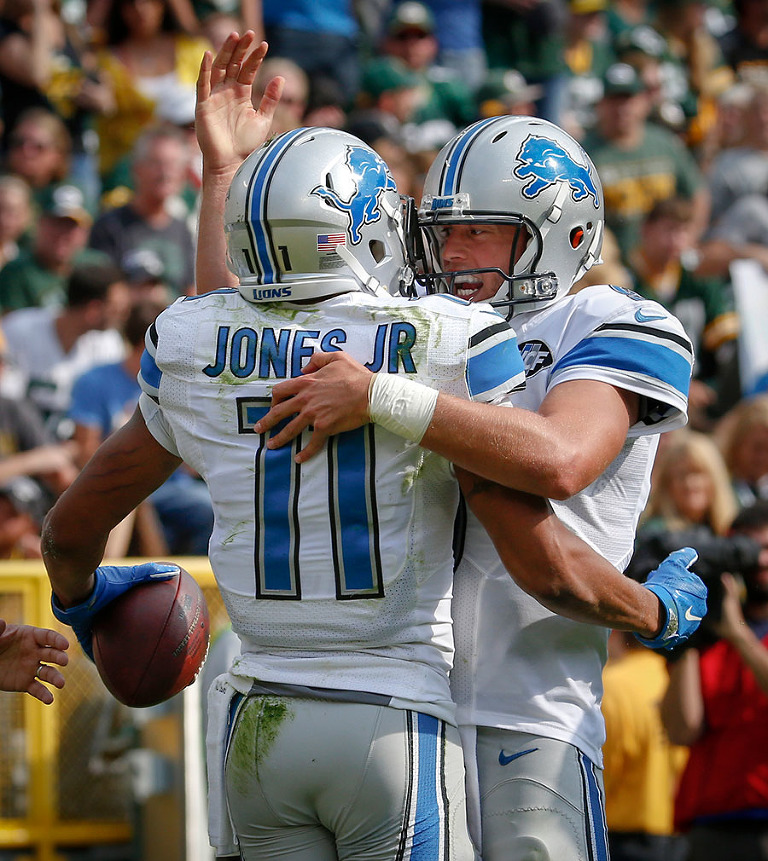