Covering preseason NFL football games can get a little boring.  No one in Green Bay is more ready for the NFL season to kick off in Green Bay next Thursday then I am.  I’m ready for four quarters of real action.  Here are some of my favorite photos for the game between the Green Bay Packers and the Kansas City Chiefs.

I got a couple of decent action shots and a couple of lighter moments on the field, but I was happiest with a couple of photos I got on my way to the stadium.  During last years Super Bowl run I met a couple of real Packers fans.  Charlie Donner and Jeff Knott of Chippewa Falls, Wis.  The two go all out in dressing up for the games and get more then a couple of double takes when people see their backsides. 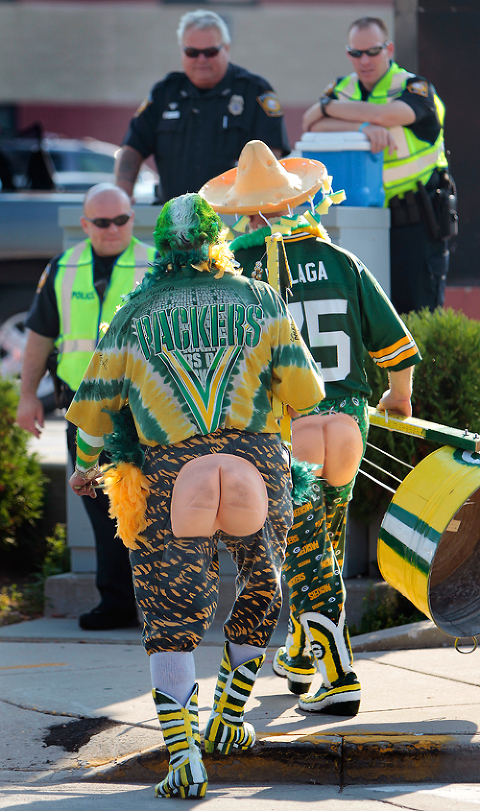 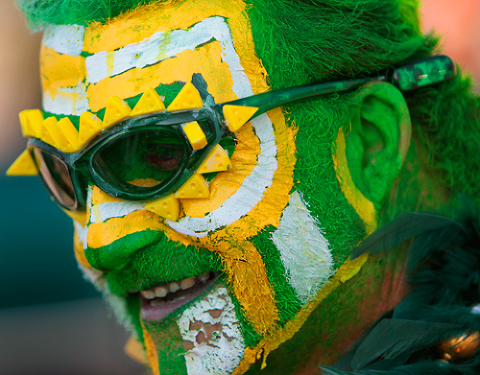 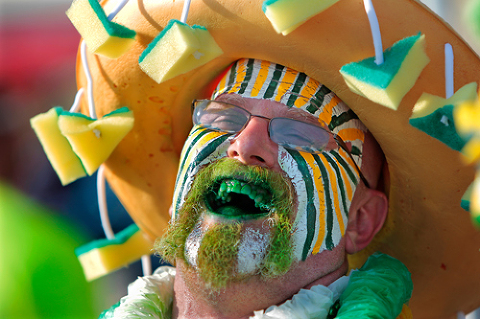 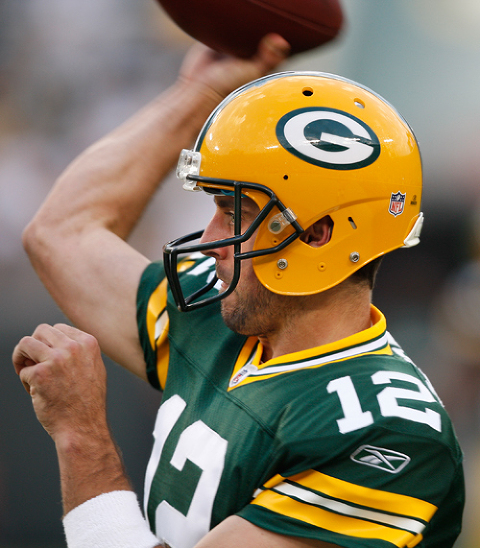 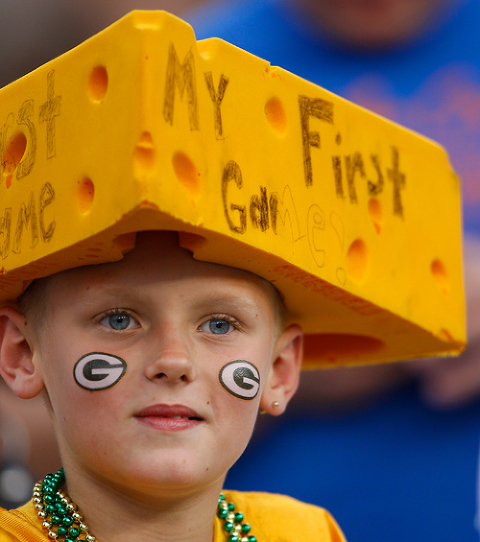 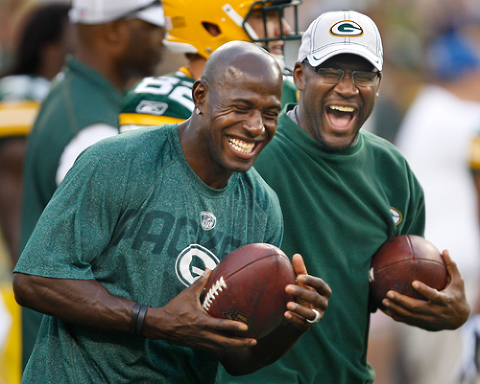 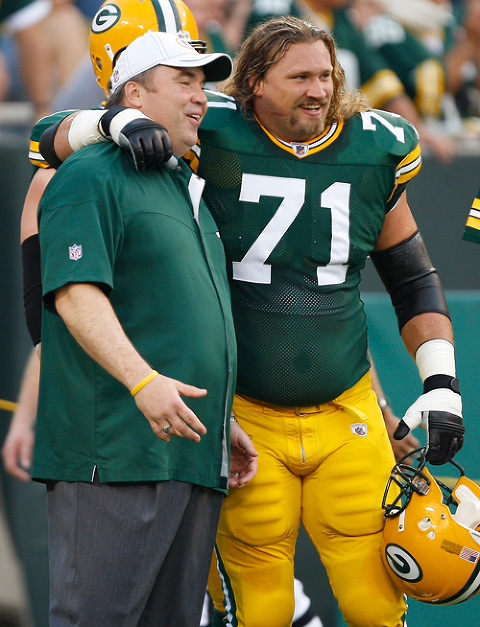 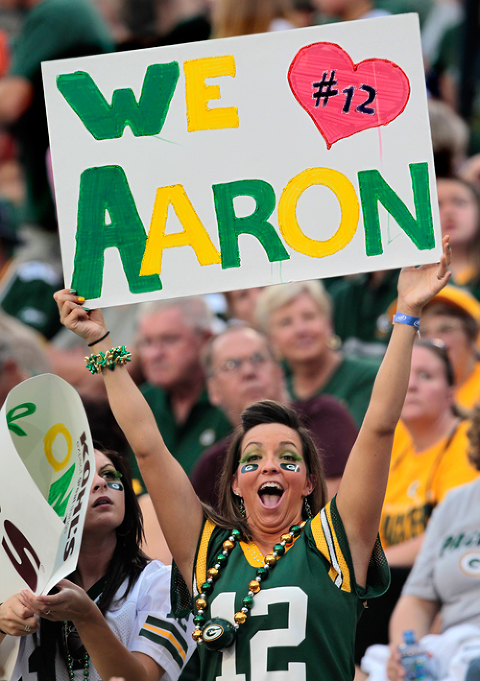 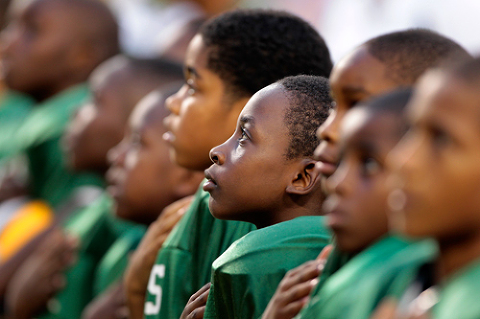 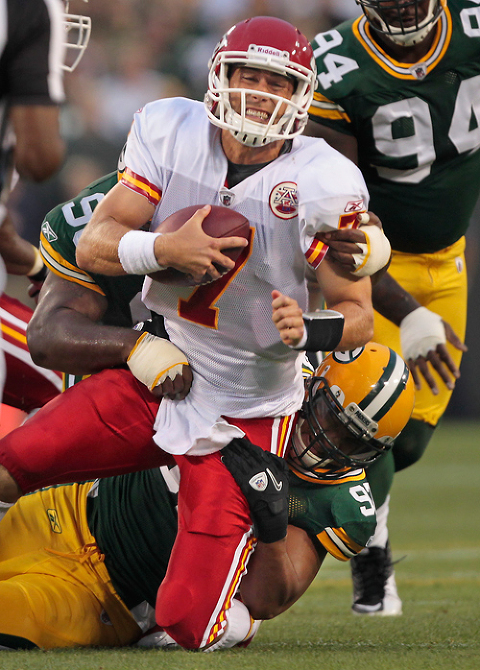 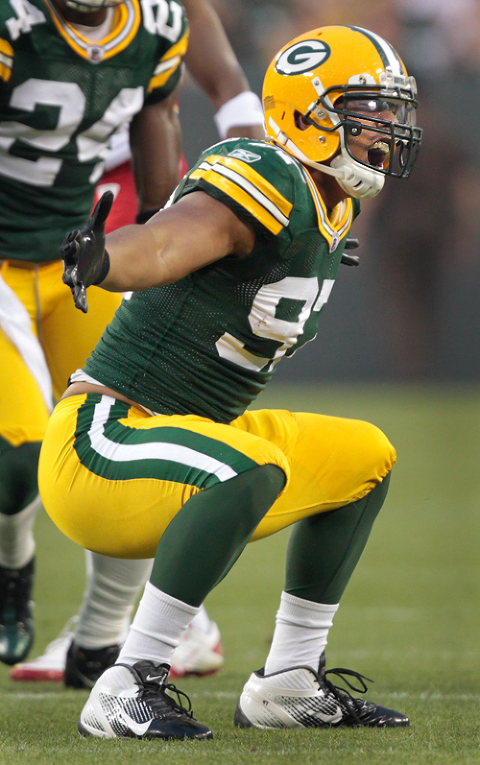 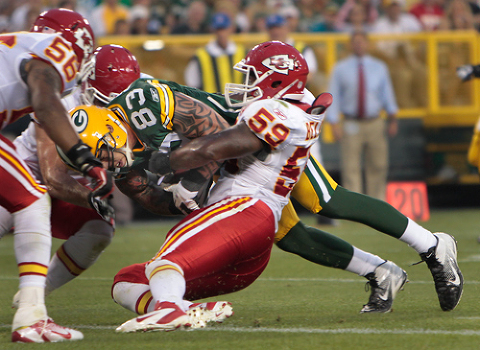 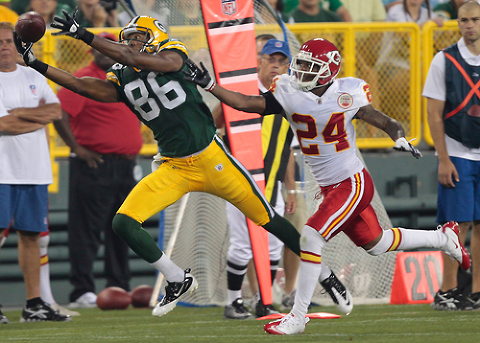 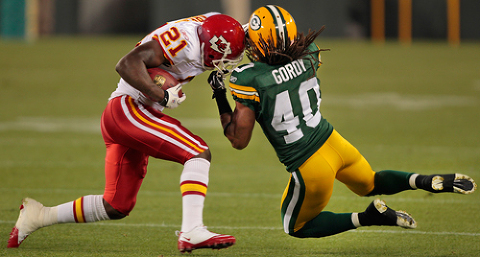 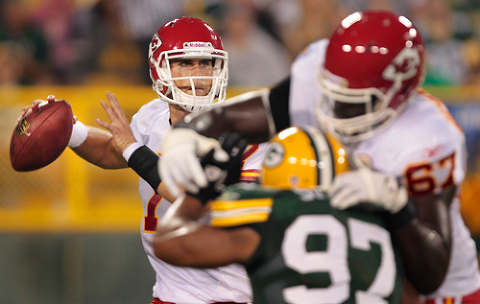 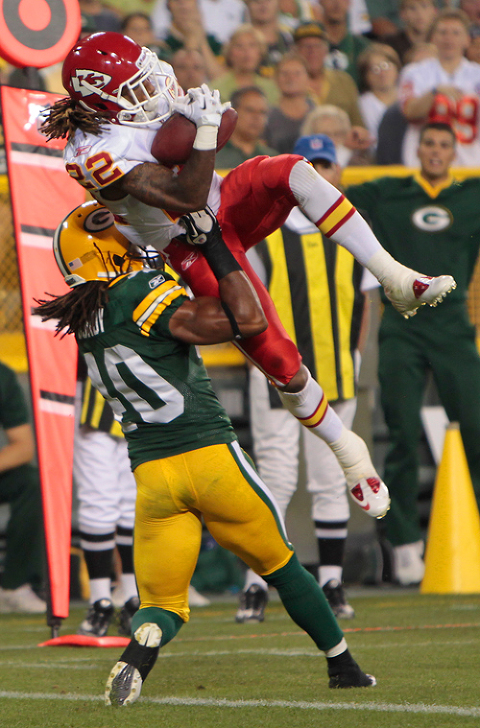 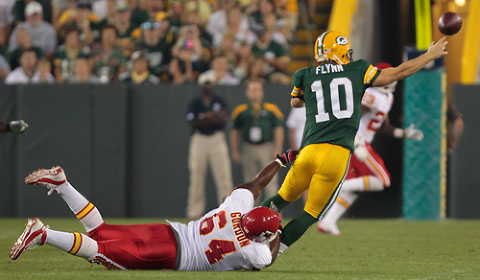 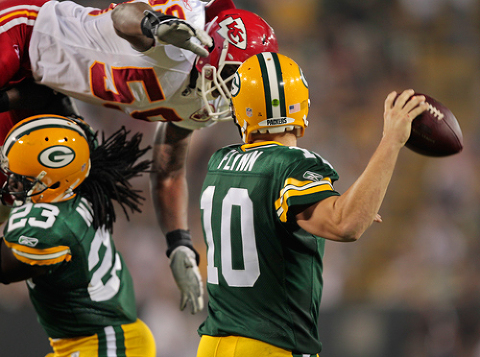 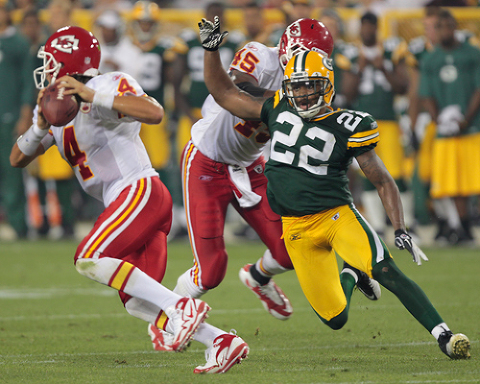 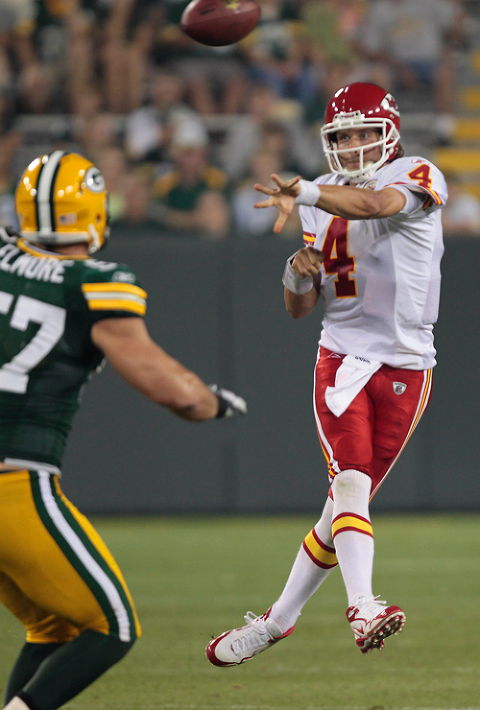 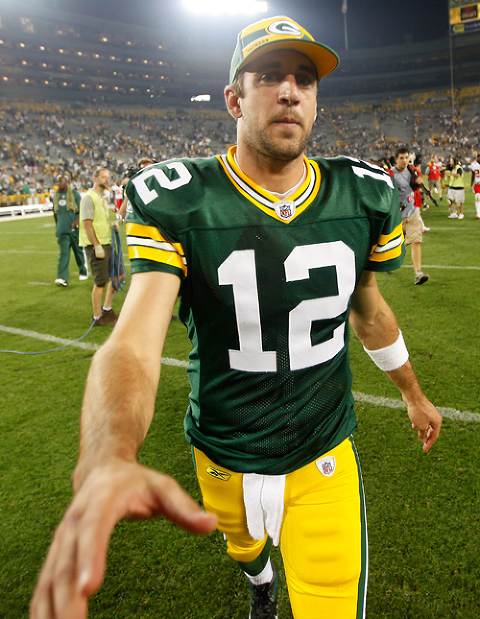 My last frame before Green Bay Packers quarterback Aaron Rodgers grabbed my lens, shook it and forced it down in what I hope was a friendly way.

« Stitching Photos Together• What to do when your client wants a photo 16 feet wide.
Photos from the NFL Kickoff Concert at Lambeau Field on September 8th, 2011. »