I’m a little late with this game blog from the Green Bay Packers vs Pittsburgh Steelers NFL football game at Lambeau Field, but Christmas with family and friends got in the way.  The Packers lost the game with quarterback Aaron Rodgers still sidelined with a shoulder injury.  The good news was the Bears and the Lions also lost their games over the weekend so the battle for the division championship will come down to the last game of the season between the Packers and the Chicago Bears at Soldier Field in Chicago this Sunday.  Rodgers will be back from his injury to lead the Packers so the team and all Packers fan are optimistic.Here are some of my favorite photos from the game.Thanks for looking!Mike

A worker clears snow from the steps of Lambeau Field before the game. 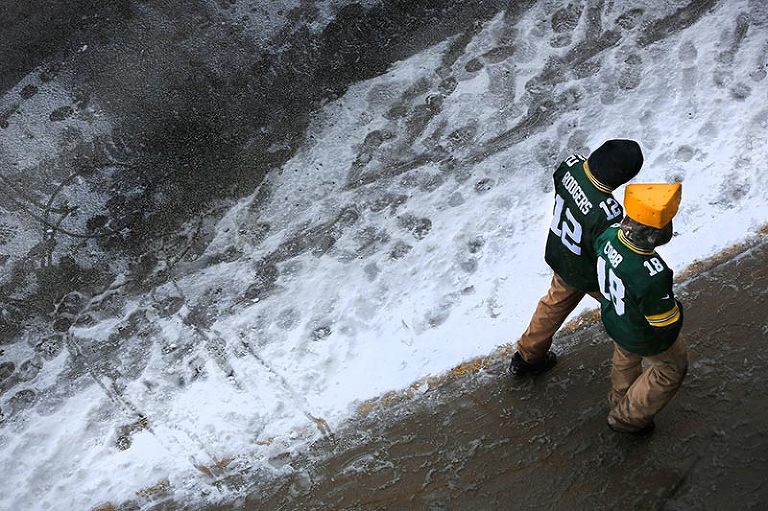 I can’t see their faces, but it looks like Aaron Rodgers and Randall Cobb making their way in to the stadium. 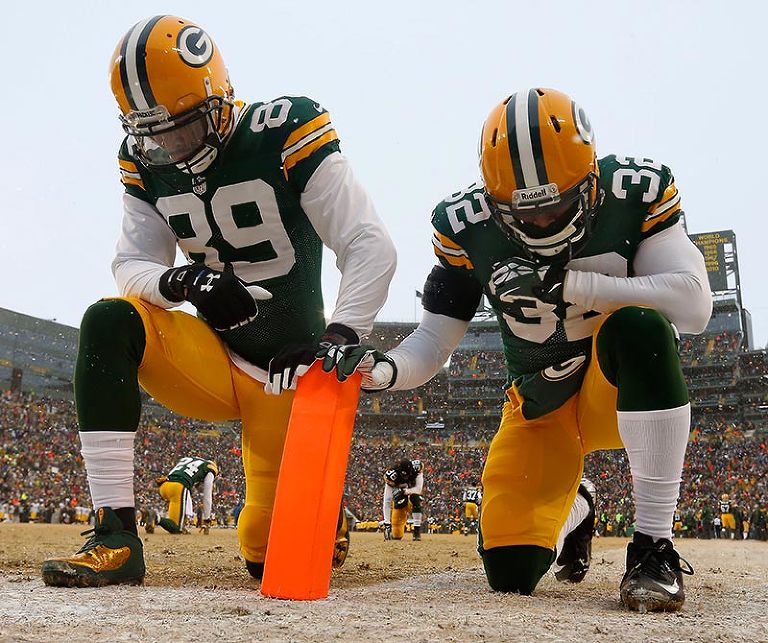 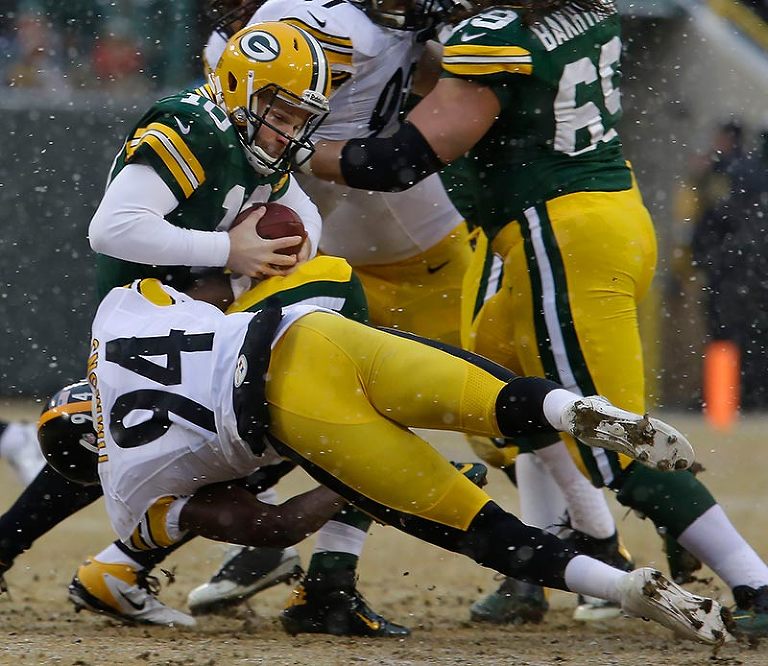 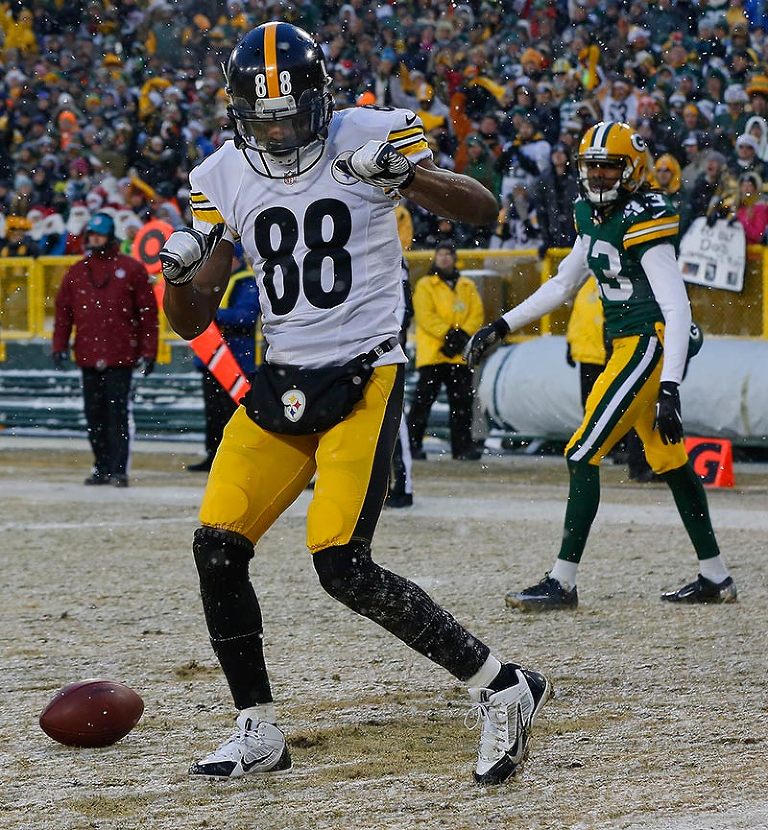 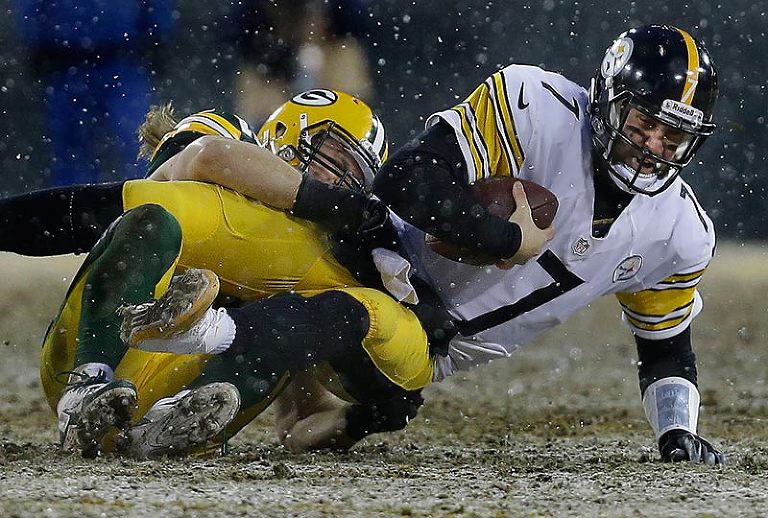 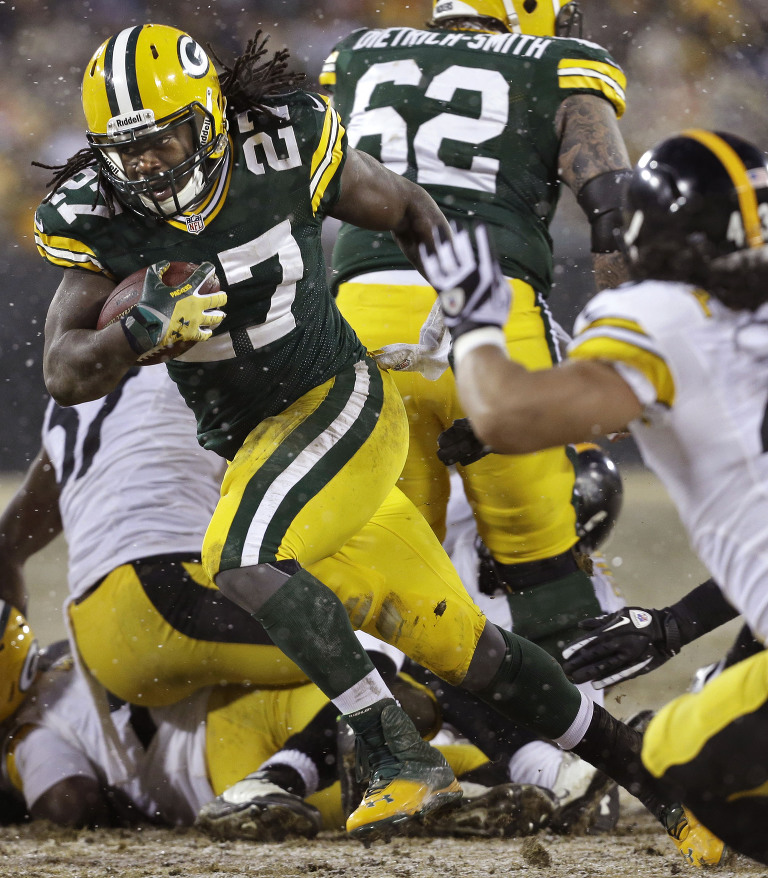 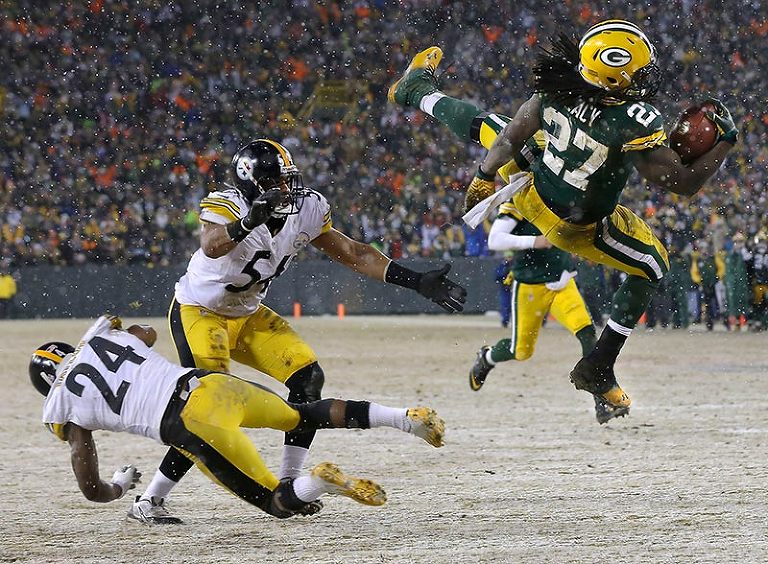 Green Bay Packers running back Eddie Lacy does a spinning leap in to the end zone for a touchdown. 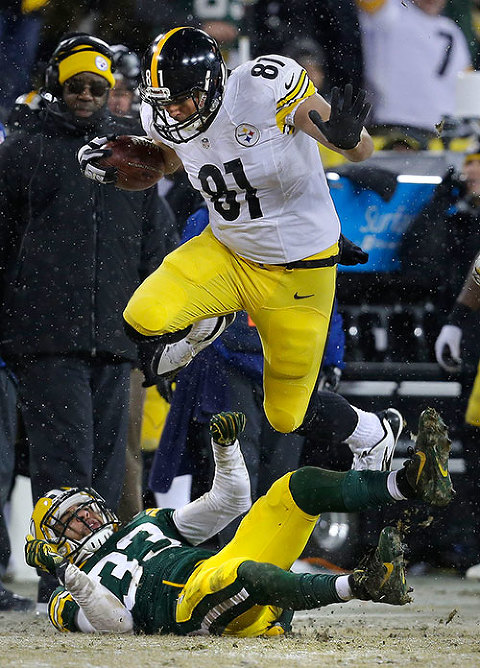 Pittsburgh Steelers tight end David Paulson runs for a first down on a fake punt. 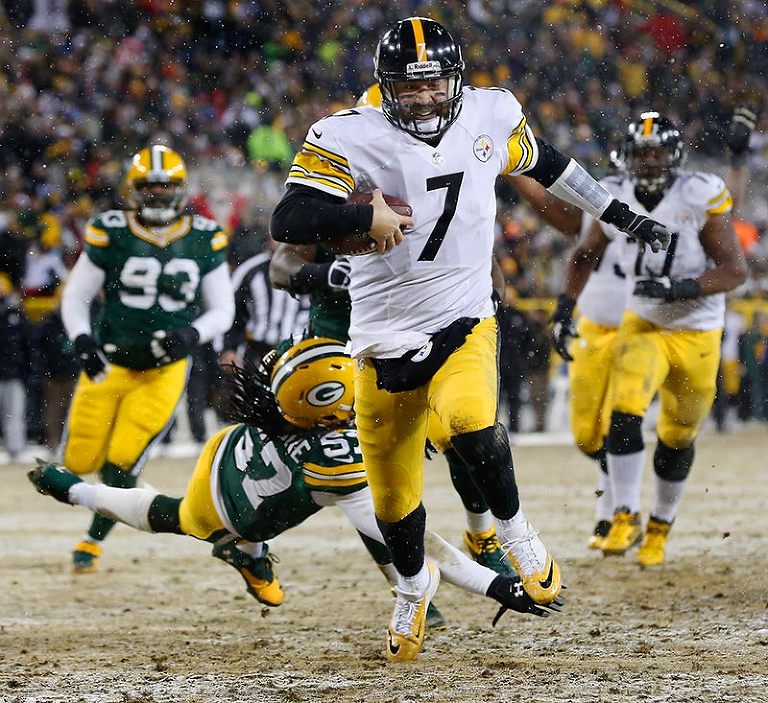 Pittsburgh Steelers quarterback Ben Roethlisberger rambles in to the endzone for a touchdown. 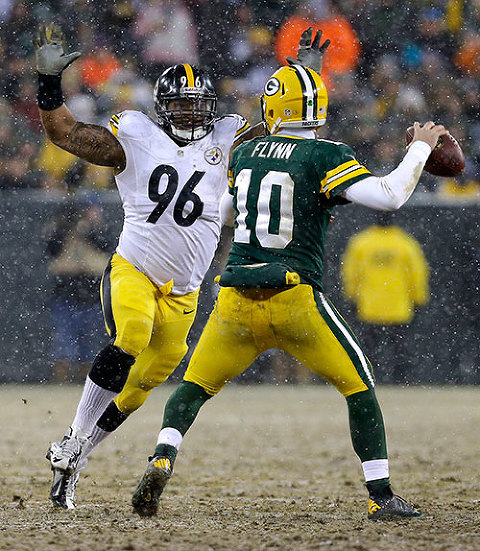 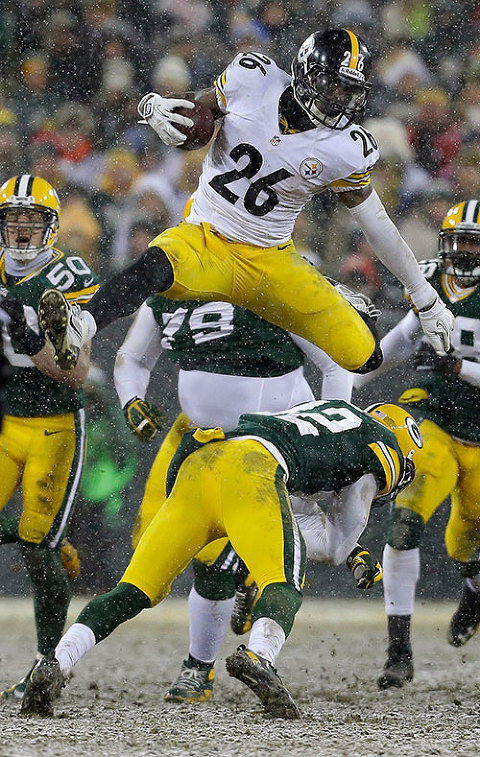 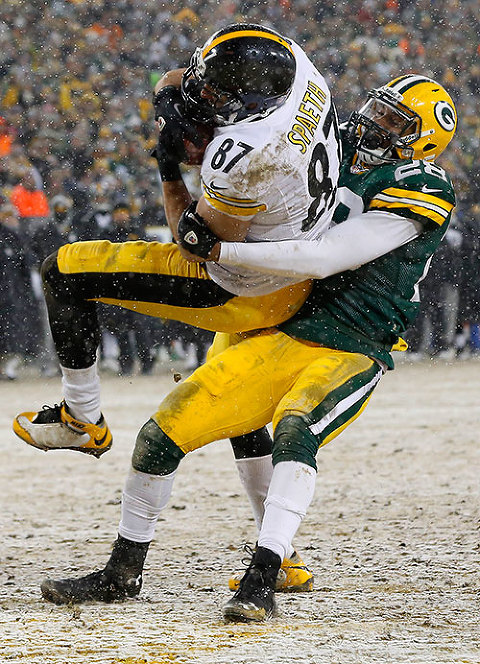 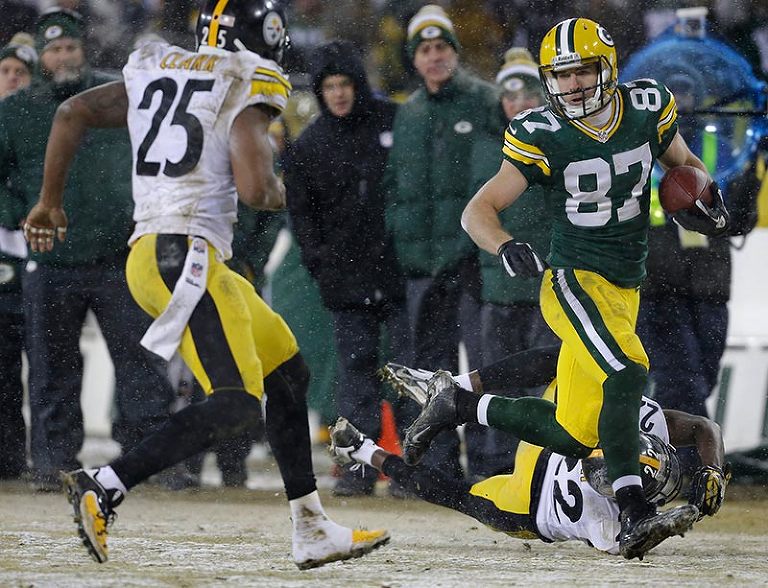 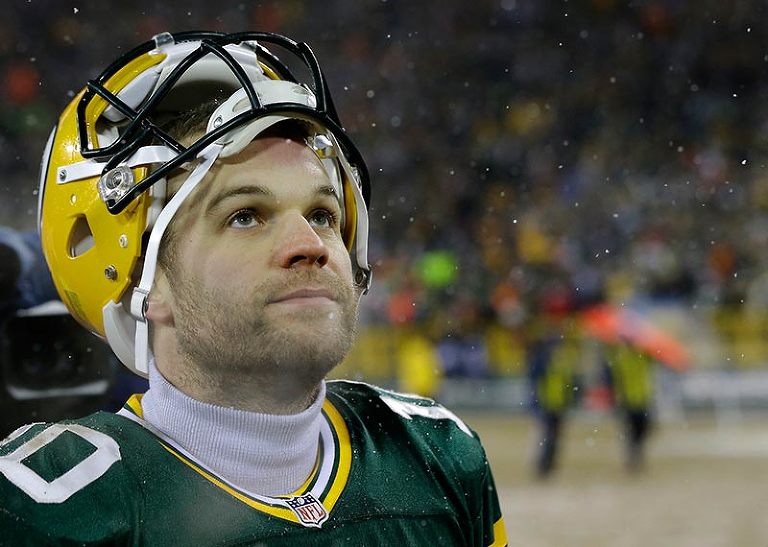 Green Bay Packers quarterback Matt Flynn looks up to the scoreboard after a failed last minute drive to tie the game.

« May You Fetch Much Happiness In The New Year! Happy Holidays From RoemerPhoto.
Photos From The Green Bay Packers vs San Francisco 49ers NFL Football Playoff Game • January 5, 2014 »