Wisconsin Editorial Photographer • Photos From The Green Bay Packers Shut Out Win Over The Buffalo Bills.

Here are some of my favorite photos from the Green Bay Packers 22-0 shut out win over the Buffalo Bill on Sunday September 30, 2018 at Lambeau Field in Green Bay, Wisconsin in an NFL football game.  As a photographer you’re looking for a little more action then took place yesterday and I guess I’m happy with the shots I got, but it was kind of a boring game. I was happy with a few shots I got before the game.  I really like the first shot, the one of the four Packers fans all alone in the stands  The lines, the negative space, how the shot is broken in two by the bright yellow stairs and how the fans are depicting true die hard Packers fans.  I also really like the shot of Green Bay Packers first round 2018 draft pick cornerback Jaire Alexander shooting a selfie with fans before the game.  Trust me it can get a little tough to find an interesting shot during warmup.  At the end of the game my responsibility is to get the two quarterbacks shaking hands and I got that shot, but I stayed with Rodgers after that for a few more minutes and got a shot of him sharing a moment with Buffalo Bills linebacker Lorenzo Alexander who he went to college with.Thanks for looking!Mike 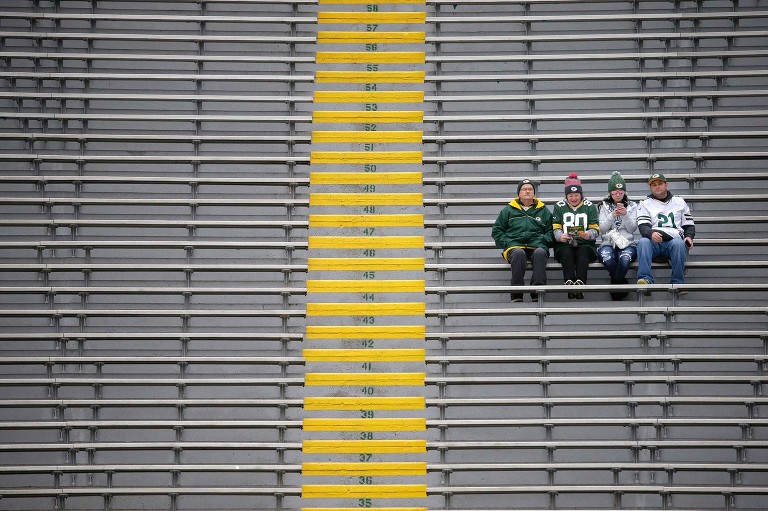 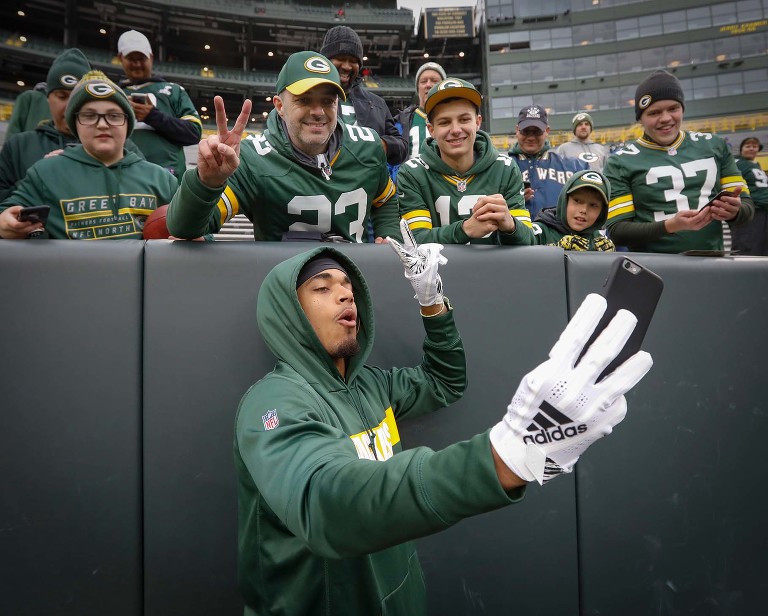 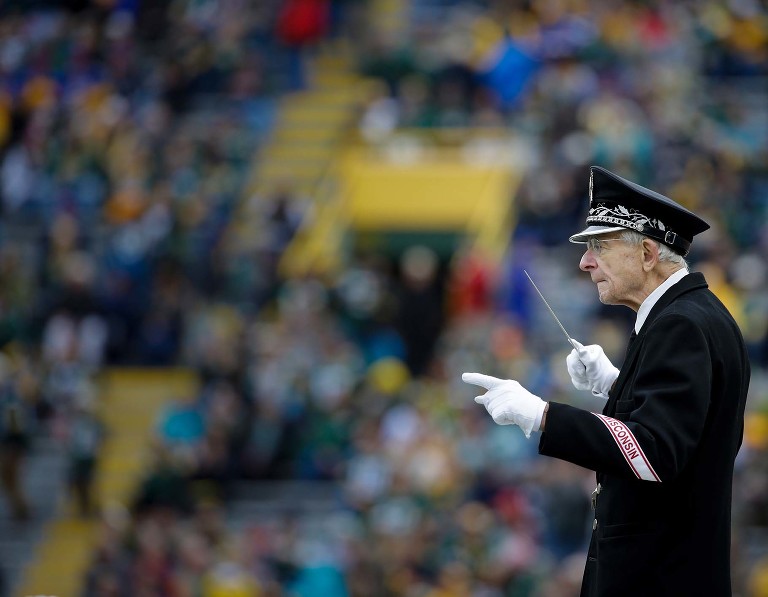 UW-Madison Marching Band director Michael Leckrone Leads the band before the start of the game. Leckrone will retire after the end of the school year after 50 years. 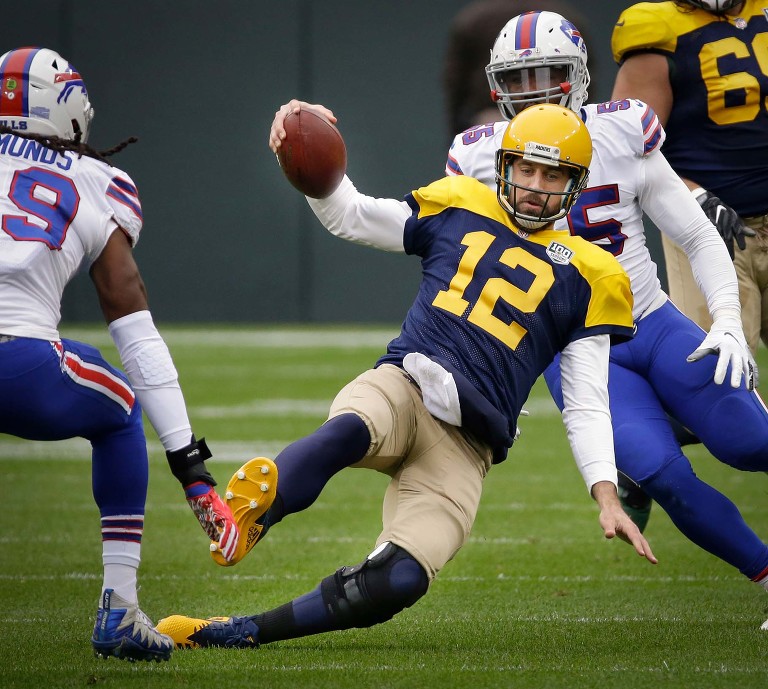 Green Bay Packers quarterback Aaron Rodgers slides after running for a first down. 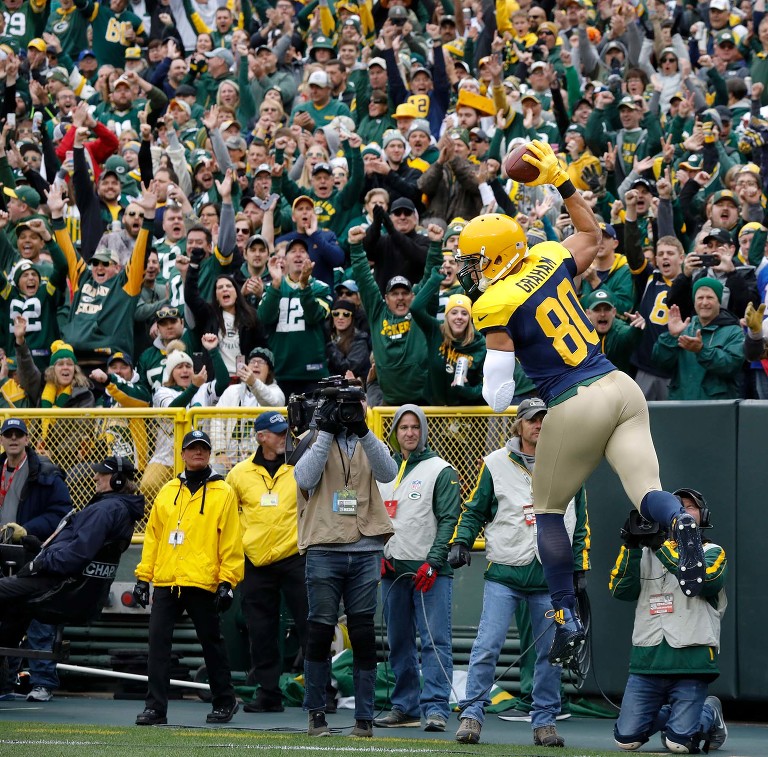 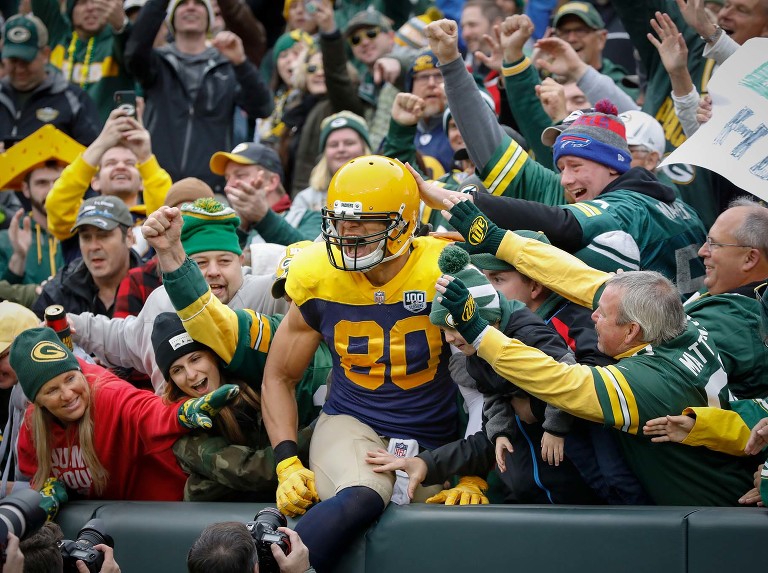 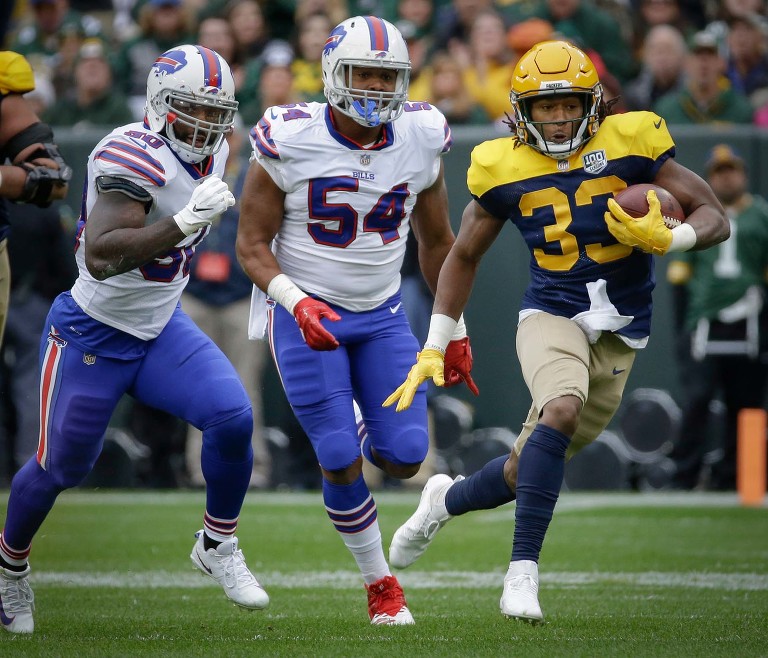 Green Bay Packers running back Aaron Jones runs for a first down. 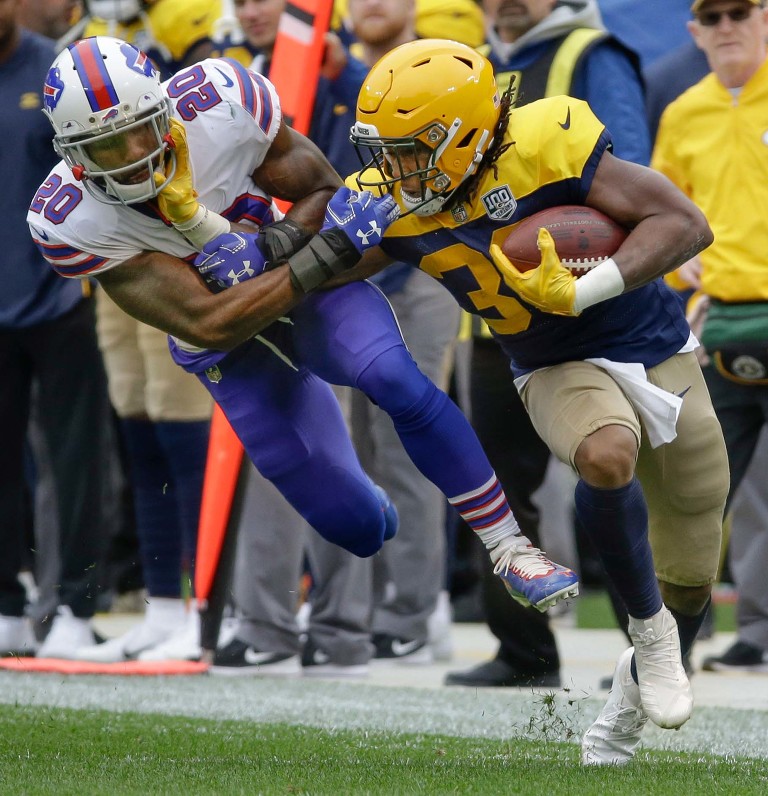 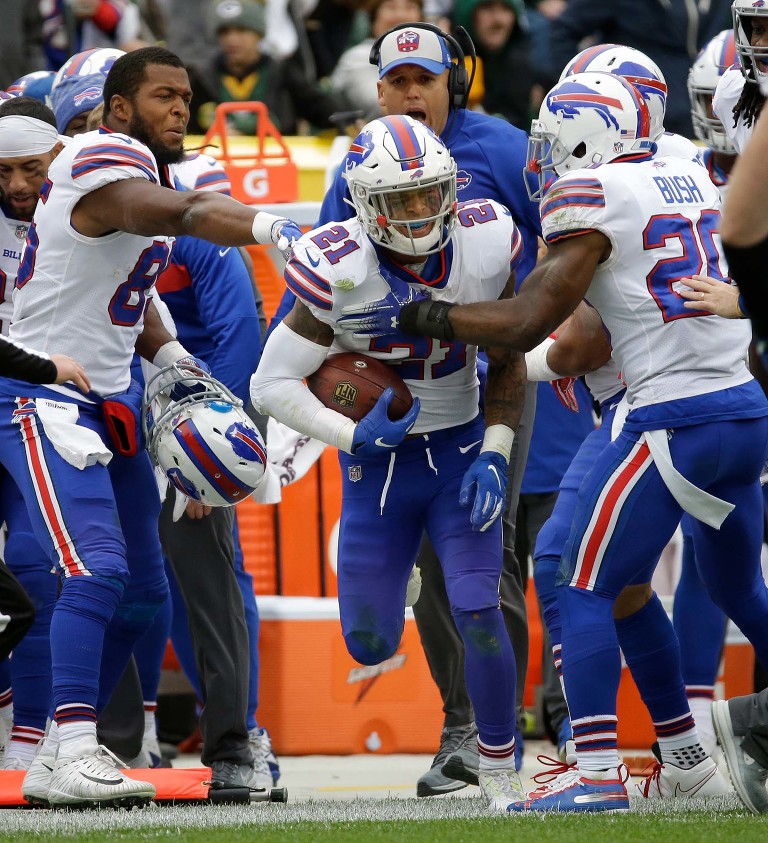 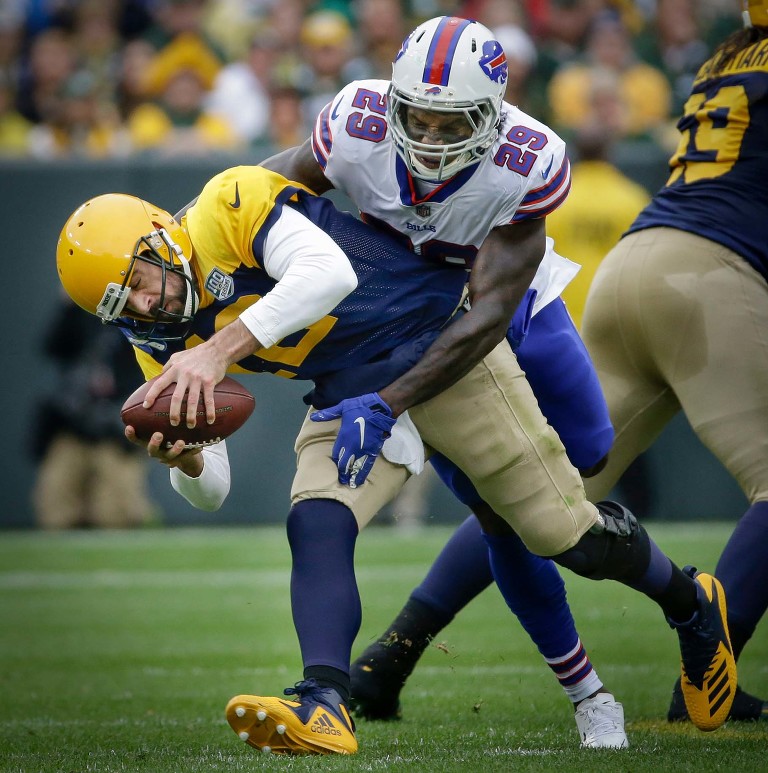 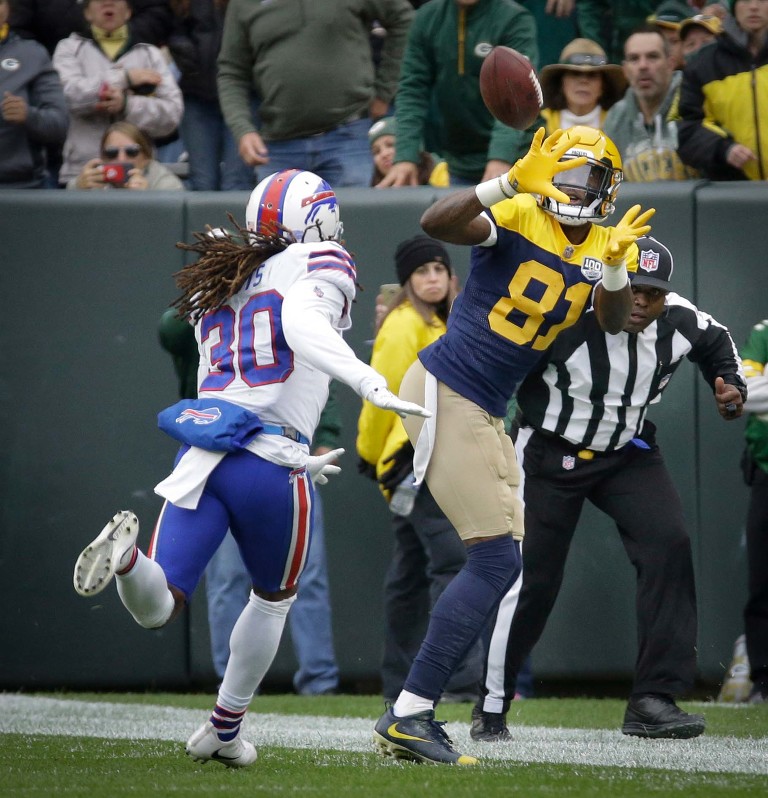 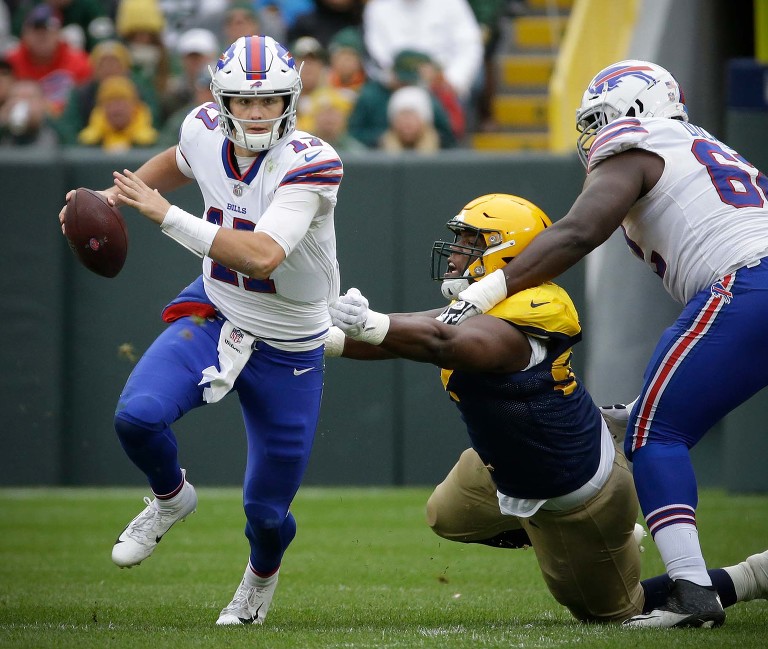 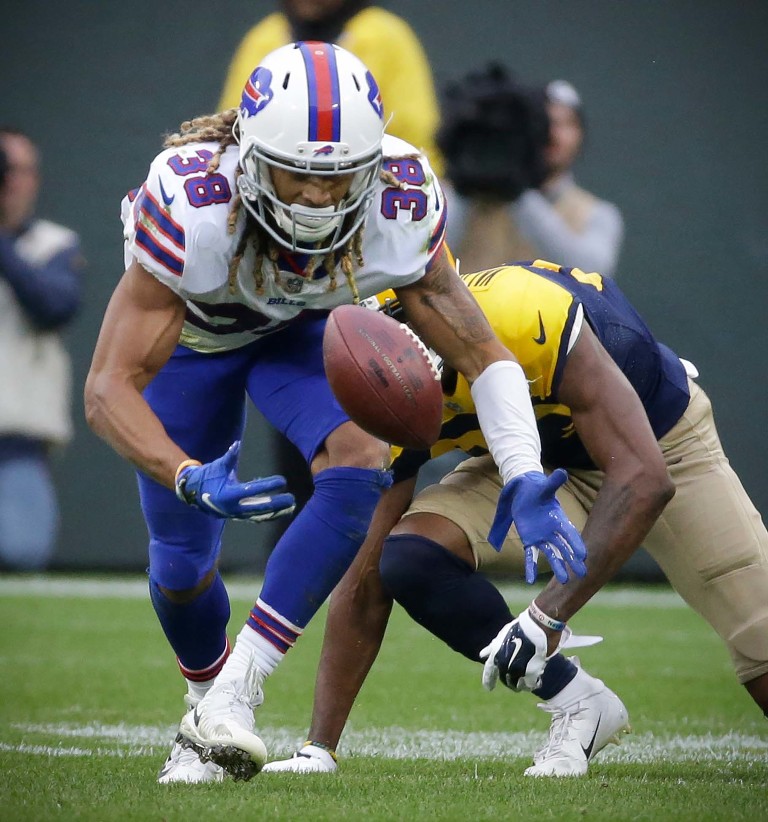 Buffalo Bills defensive back Ryan Lewis tires to pull in an Aaron Rodgers pass for an interception. 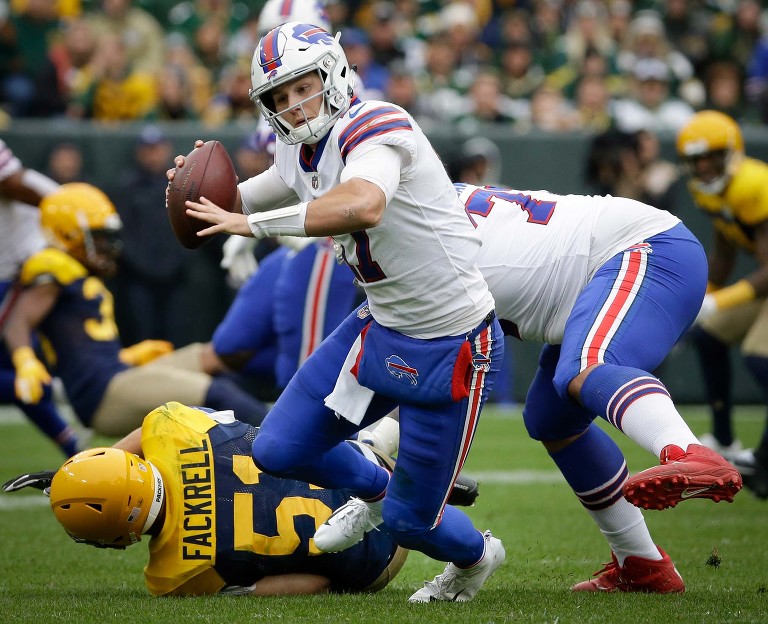 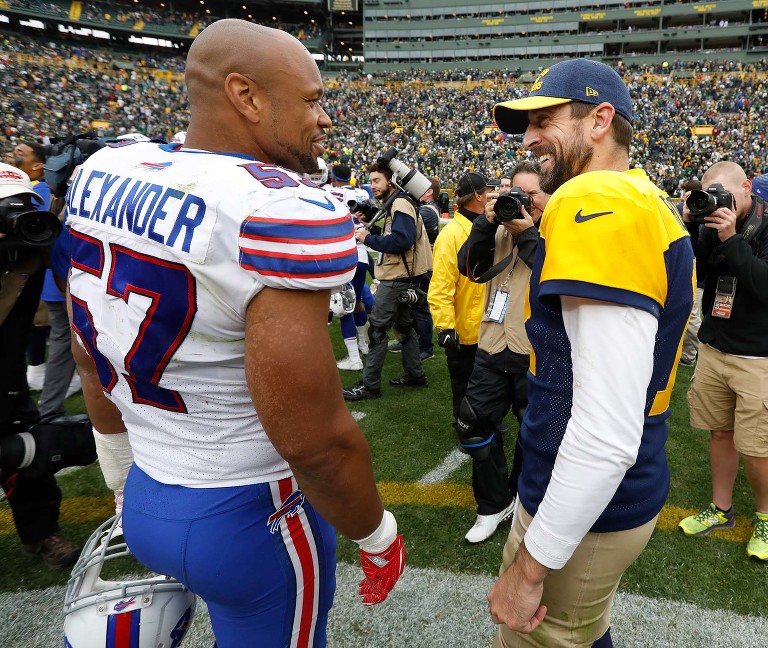 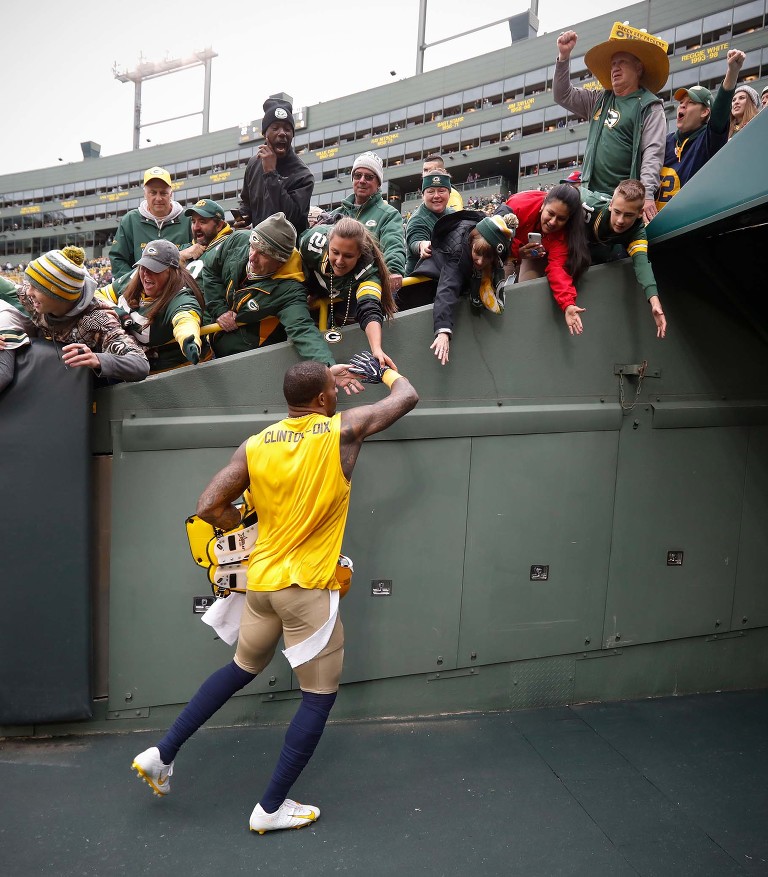